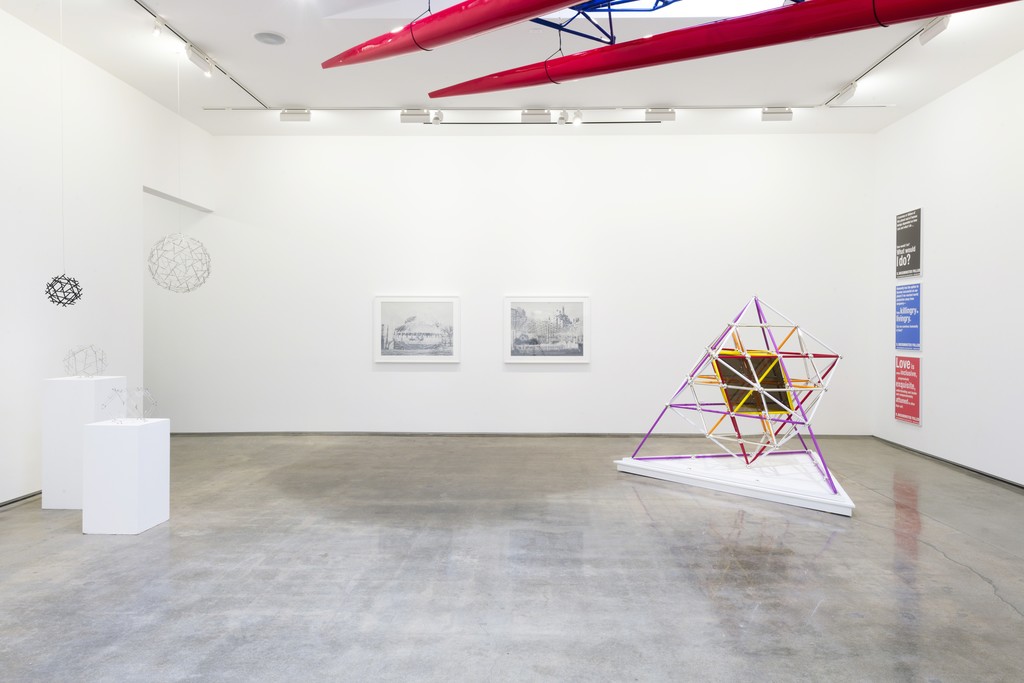 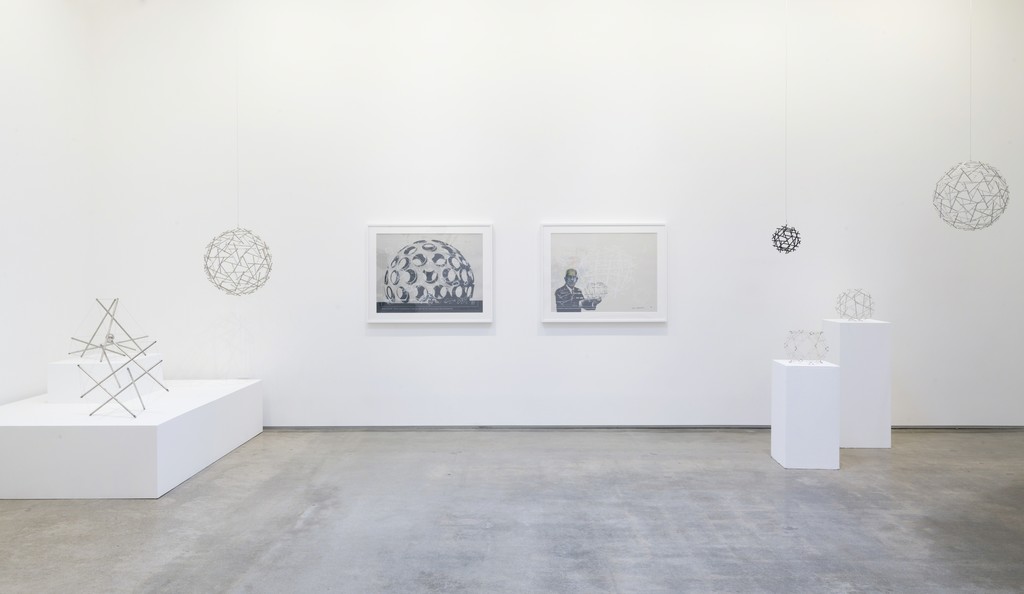 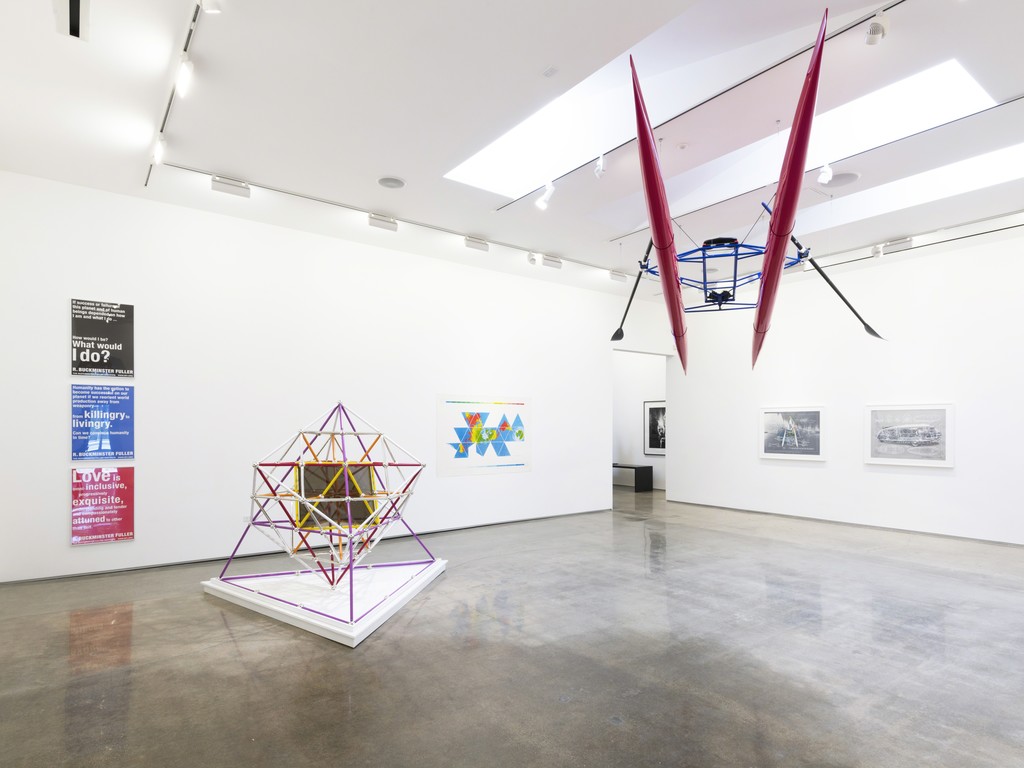 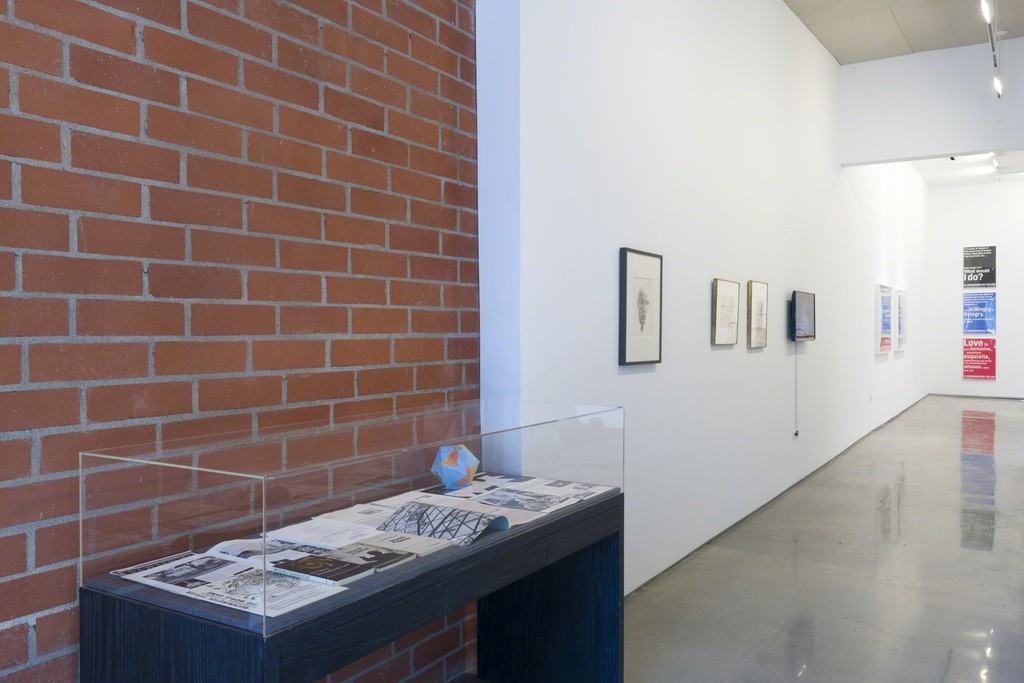 Edward Cella Art & Architecture presents R. Buckminster Fuller: Inventions and Models, an exhibition of original prints, models, and objects by 20th-century visionary, architect, engineer, inventor, and artist R. Buckminster Fuller. Organized thirty-five years after his passing in Los Angeles, the exhibition is the first of its kind in the city and represents an opportunity to reflect upon his comprehensive perspective on the world and humanity. The exhibition will be accompanied by two public programs collaboratively organized and presented with the Buckminster Fuller Institute.

R. Buckminster Fuller: Inventions and Models surveys many of Fuller’s most important inventions and cultural contributions. The exhibition centers around the Inventions portfolio, a limited-edition print collection of Fuller’s key innovations including the 4D House, the Dymaxion Car and the Geodesic Dome, representing just a few of the more than thirty patents he holds.

An extraordinary group of wire and steel tensegrity models, representing architectural systems that explore structural design and are based on repeatable geometric elements, are the highlight of the exhibition. They include The Triad, a group of his most significant innovations and the only set of works existing outside of a major museum collection. Other examples of larger sculptural models included in the exhibition are the Closest Packing of Spheres, the Duo-Tet Star Polyhedras, and the functional Dymaxion Rowing Needle, a 21-foot dual hull rowing shell intended for use on choppy waters.

Produced in the last years of his life, these works are part of a group of multiples that explore and present his theories of structural design. Fuller’s objects and prints function not only as models of the mathematical and geometric properties underlying their construction but also as elegant works of art. As such, the works represent the hybridity of Fuller’s practice, and his legacy across the fields of art, design, science, and engineering. The exhibited works were produced in collaboration with Carl Solway Gallery and have been long held away from public view in several private collections.

Richard Buckminster Fuller (1895-1983) was one of the most influential thinkers of the 20th Century and his legacy is increasingly relevant in our age of diminishing resources and increasingly complex technological advancements. Beginning in the 1920s he re-imagined housing, transportation, mapping, engineering, and construction systems anticipating advancements and innovations that are commonplace today. Although he is probably most associated with the invention of the architecturally iconic geodesic dome; it was his ability to think across disciplines, connecting the worlds of science, engineering, architecture, design, and art that was one of his most important and lasting contributions.

The exhibition reveals Fuller’s dedication to the potential of innovative integrated design and technology to revolutionize construction and improve human life. Fuller thought this was possible by doing “more with less”. Inspired by basic geometries and the forces of nature, Fuller applied the tetrahedron and tensegrity forms in structural systems that offered unprecedented solutions to specific human problems. These forms are an essential part of most of his designs, which span in scale from domestic to global. This exhibition includes a group of unique and editioned structural models built of steel and thermoplastics, limited edition prints and rarer works of ephemera which highlight the structural systems and their practical applications in architecture, housing, transportation, and cartography. Also included is the short film Bucky Fuller & Spaceship Earth, produced by Ivorypress it traces Fuller's life and career without leaving aside its tragicomic touch and focusing on the milestones of his work, which paved the way for the discoveries of future thinkers that affect our world today.

About R. Buckminster Fuller
Richard Buckminster Fuller (1895-1983) was a renowned 20th-century inventor and visionary born in Milton, Massachusetts. Dedicating his life to making the world work for all of humanity, Fuller operated as a practical philosopher who demonstrated his ideas as inventions that he called “artifacts.” Fuller did not limit himself to one field but worked as a 'comprehensive anticipatory design scientist' aiming to solve global problems surrounding housing, shelter, transportation, education, energy, ecological destruction, and poverty. Throughout the course of his life, Fuller lectured and authored twenty-eight books including Operating Manual for Spaceship Earth (1969) and Synergetics: Explorations in the Geometry of Thinking (1975). While his most well-known artifact, the geodesic dome, has been produced over three-hundred times worldwide, Fuller's true impact on the world today can be found in his continued influence upon generations of designers, architects, scientists and artists working to create a more sustainable planet.

His work has been featured in several recent monographic exhibitions including: Buckminster Fuller: Starting with the Universe organized by the Whitney Museum of American Art in 2008 and The Utopian Impulse: Buckminster Fuller and the Bay Area organized by the San Francisco Museum of Modern Art in 2012. Additionally, his work is held in the numerous public collections including the Museum of Modern Art; New York; Minneapolis Institute of Art; Noguchi Museum, New York; and the Victoria and Albert Museum, London. Recent acquisitions have been made by the Crystal Bridges Museum of American Art and the M+ Museum in Hong Kong. Stanford University Libraries hold his professional archives.