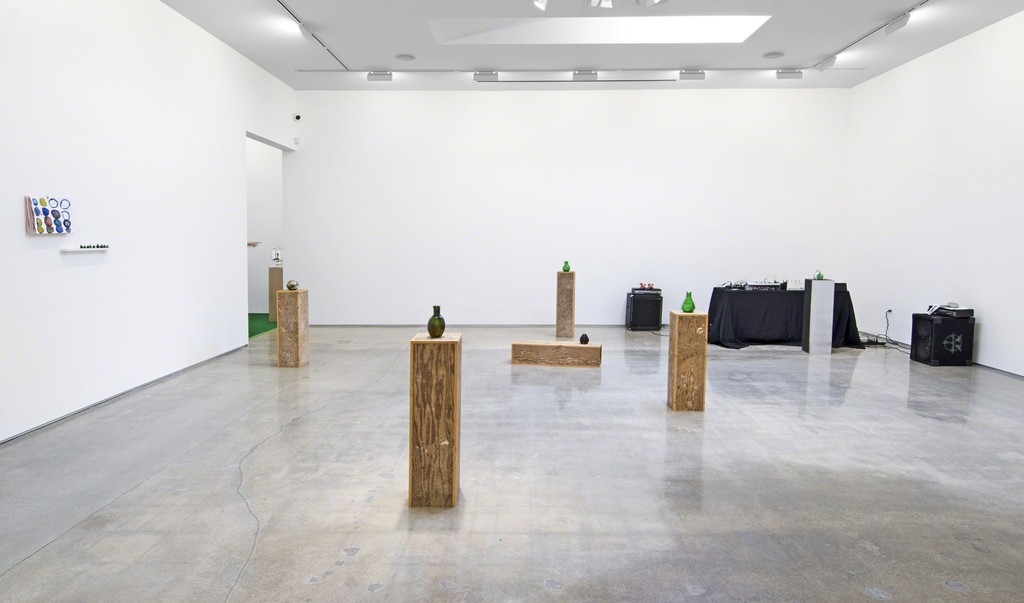 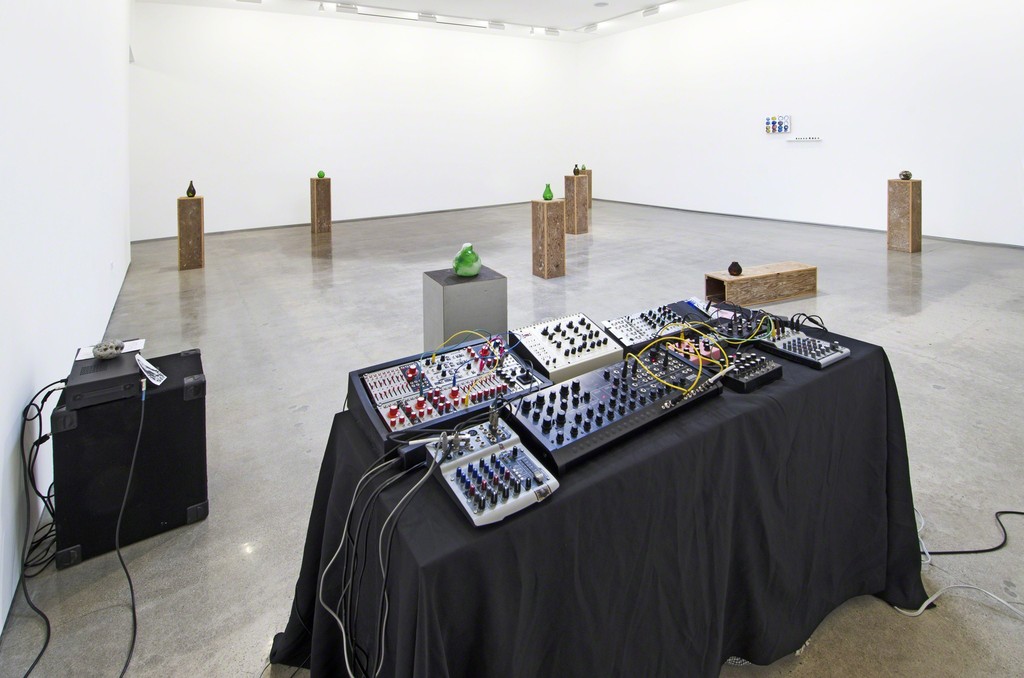 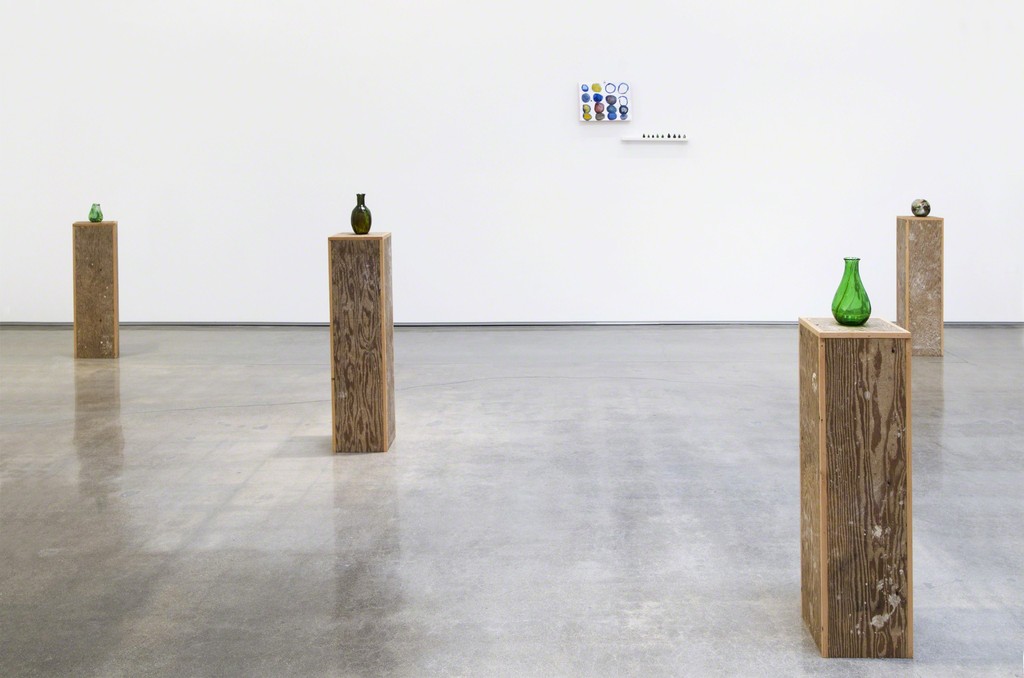 On exhibit will be nine hand-blown sea glass sculptures from Horvitz’s ongoing series started in 2014.
As Triple Canopy writes:

[These works begin] with Horvitz combing various beaches in 2014 in search of sea glass—remnants of bottles, windows, screens, sconces, or fishing floats that had been submerged in the ocean. In the course of decades or centuries, waves and sand smooth the surface of the glass and erase its structure, producing pebble-like forms with a naturally frosted finish...The fragments were then melted and reblown to form new vessels. Because different pieces of glass have different molecular structures, and thus varying rates of expansion and contraction, the sculptures are likely to change in the coming years or decades: cracks may form, shards may peel away, and repair (or acquiescence) of these transformations may be necessary. For the same reason, the form of the sculptures is often determined as much by the qualities of the glass— its distinct malleability or rigidity.

Nine glass-works will be displayed on custom pedestals that are scattered across the gallery. During the course of the exhibition, Horvitz will be joined by Jamie Stewart for nine performances of improvised electronic sounds. The performances will use the nine lines of the of the Buddhist death awareness visualization practice known as Maranasati, as their score. Each performance will be positioned in a different location in the gallery, offering each artwork its own composition.

Avocado trees will be growing in the gallery.

The Maranasati performances at Edward Cella Art & Architecture are the first of The Germs, a series of three collaborations by David Horvitz and Jamie Stewart in Los Angeles this summer. On August 26, during Friday Flights at the Getty Center, they will perform on 43 wind chimes. In September, they will present a new performance at ARTBOOK at Hauser Wirth & Schimmel (date to be announced).

In Public Access (2010), Horvitz took photos of himself at public beaches along the California coast. He then posted the corresponding image on the Wikipedia page of each beach. This aroused suspicion of Horvitz’s motives and led to debate among Wikipedia moderators, who ultimately deleted the images. In 2014, Horvitz presented “Gnomons” at the New Museum, New York, which included Let Us Keep Our Own Noon, a performance in which forty-seven people ring handbells made from a melted down eighteenth century French church bell at local noon, when the sun is at its highest point. For his 2014 solo exhibition at Blum & Poe, Los Angeles, Horvitz traveled by boat to the longitude line that divides the time zones of California and Alaska and collected seawater. He then presented this transplanted water in handmade glass vessels arranged in a north-south line in the gallery, effectively displacing standardized time. Horvitz’s Mood Disorder (2015), which tracks a stock image of a depressed person made by (and picturing) the artist as it circulates online, was recently on view in “Ocean of Images: New Photography 2015” at the Museum of Modern Art, New York. This past spring, Horvitz presented solo exhibitions at Librairie Yvon Lambert, Paris; Chert, Berlin; and Pacific Northwest College of Art, Portland, Oregon; and a site-specific work for Frieze Projects at Frieze New York.

ABOUT JAMIE STEWART
Jamie Stewart (b.1978 Los Angeles) founded the musical group Xiu Xiu in 2002 and began to waste his life.