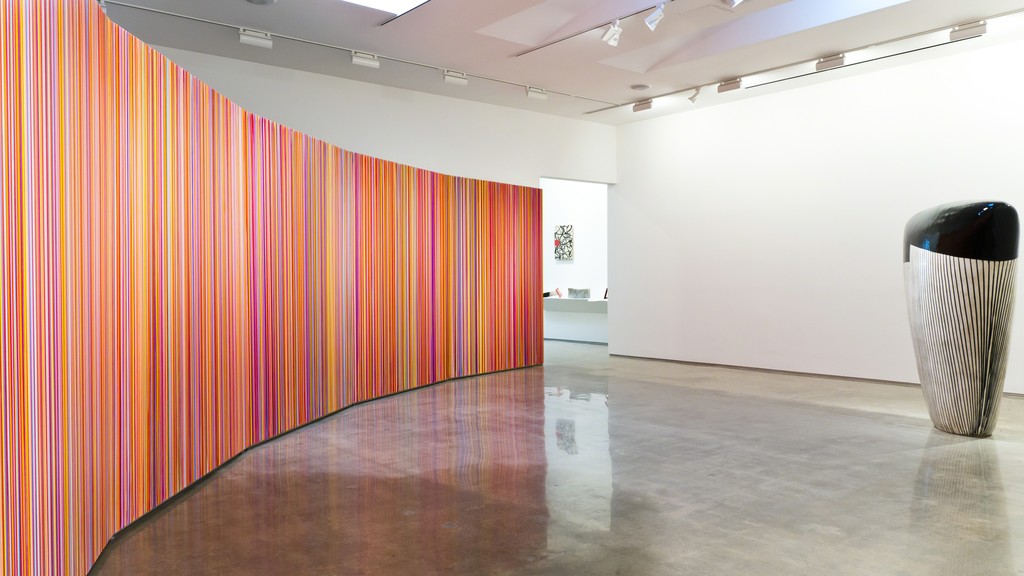 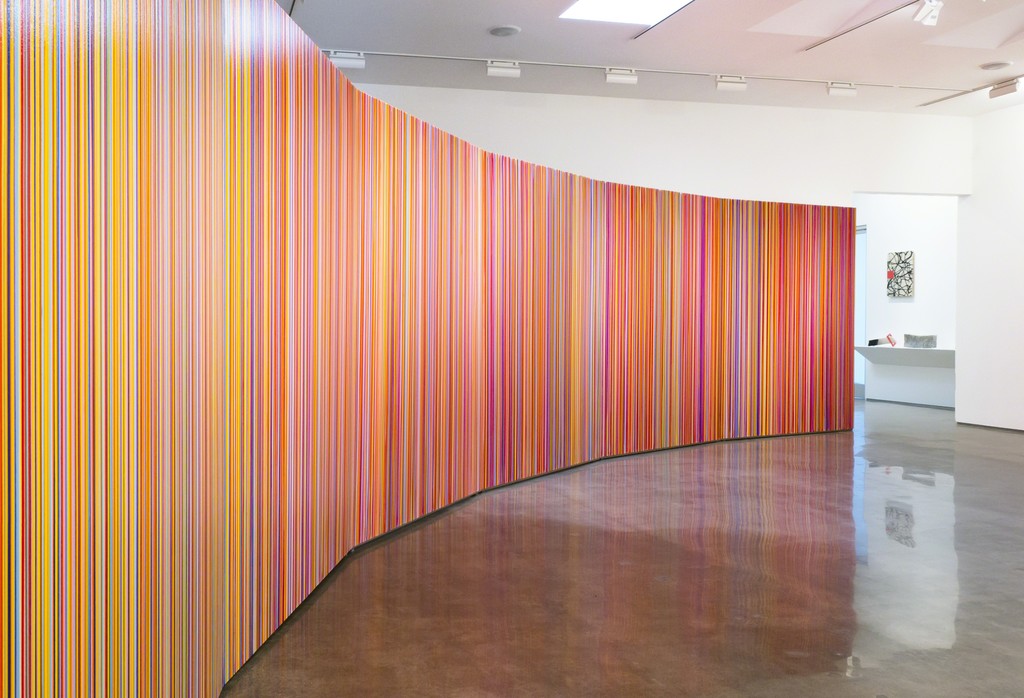 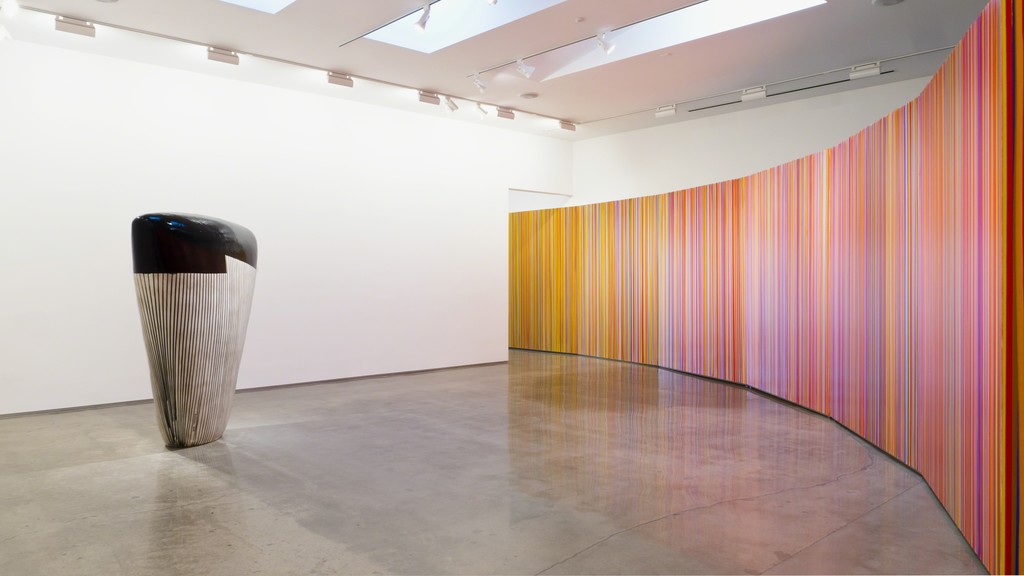 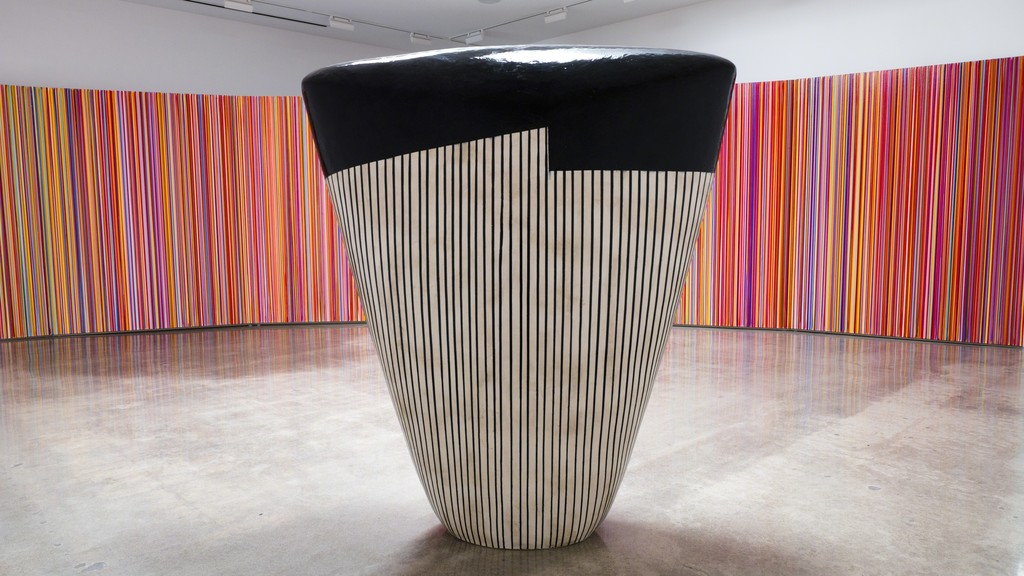 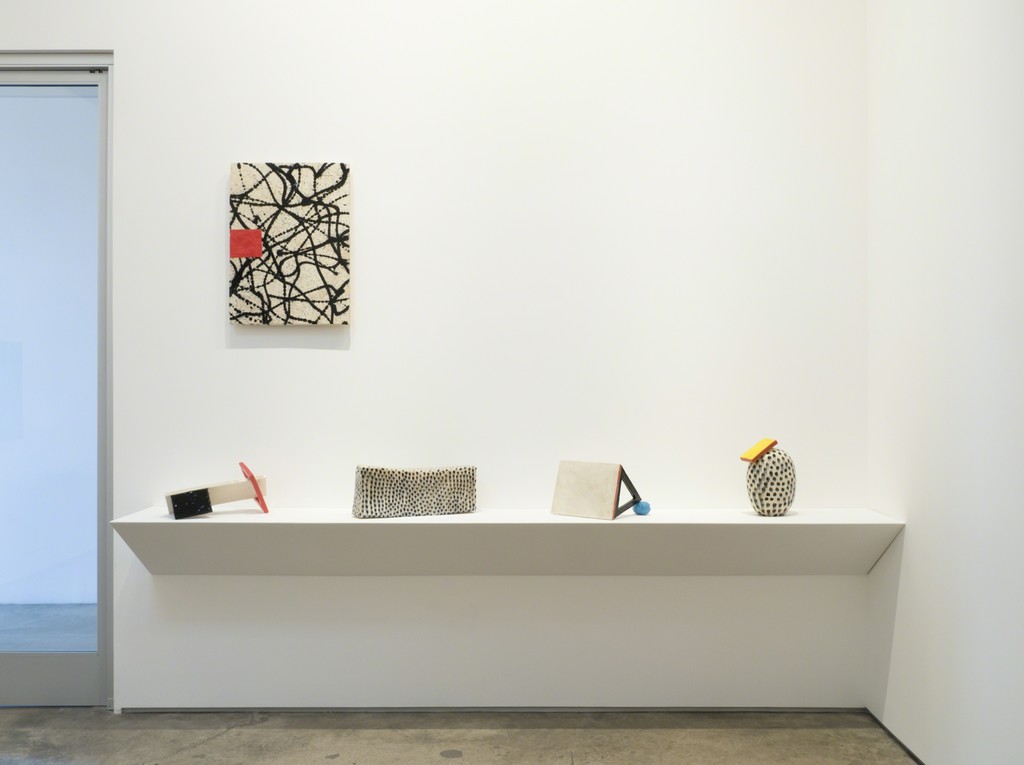 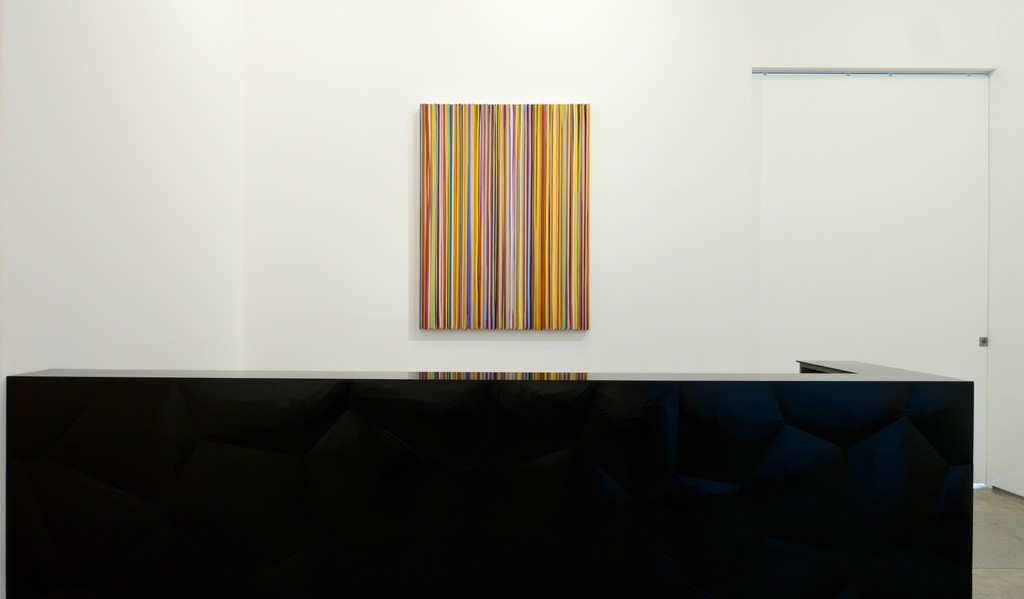 (Los Angeles) - Edward Cella Art & Architecture is pleased to present its first solo exhibition of sculpture and painting by internationally acclaimed artist Jun Kaneko. Born in Nagoya, Japan, and come of age in Southern California at the height of the 60s Contemporary Ceramics Movement, he is known for his experimental large-scale ceramic works and public sculptural installations, though his artistic facility extends beyond any one medium. He combines the monumentality of the monolith with the subtlety of abstract motifs, seamlessly integrating sculptural and painterly vocabularies. With an interest in the relational impact of scale and surface, Kaneko's primary objective is to engage the viewer in an immersive spatial and experiential encounter with his work.

Kaneko studied painting throughout his youth and adolescence under Japanese master painter Satoshi Ogawa. He came to the U.S. in 1963, settling in Los Angeles directly from Nagoya, Japan. Kaneko had intended to continue studying painting in the U.S., but discovered ceramics while staying with Fred and Mary Marer, prominent Los Angeles-based ceramics collectors of the time. There he encountered works by avant-garde California artists such as Ken Price, Jerry Rothman (who was instrumental in establishing Kaneko's West Coast residency), Paul Soldner, and Peter Voulkos. Kaneko went on to study under Peter Voulkos at UC Berkeley and completed an MFA at Scripps College in Claremont under Paul Soldner. This exhibition marks a significant return to Los Angeles for the artist, the city where Kaneko began his remarkable career over five decades ago. Jun Kaneko: Mirage is sponsored in part by the Japan Foundation, Los Angeles.
Mirage will present a site-specific gallery installation of new works, including a never before seen sixty-three-foot-long installation of free standing, nine by seven-foot paintings entitled Mirage. Alongside these large-format, colorful abstract panels, the exhibition will include new, monochromatic black and white sculptures, some of which will measure seven feet in height. These closed-form ceramic pieces are among Kaneko's most recognized for their simplicity and balance. Though aesthetically terse, the form seems inexhaustible in Kaneko's hands, as he explores its endless potential through repetition, subtle variation, and shifting proportions. The exhibition offers a complete environmental framework through which to experience Kaneko's masterfully orchestrated interplay of form, scale, surface, and context. Restrained and meditative, his works are simultaneously dynamic and active, balancing the coexistence of opposing physical states.

Kaneko activates the third dimension through the use of not only solid material mass but through the immaterial fluctuations of its surface. It is this dynamic though often understated interaction of form and patterned mark making that brings Kaneko's works to life, particularly when on a monumental scale. His ceramic sculptures function as architectural interventions in their simple, though forceful, manipulation of physical space, but shift into the realm of more optical and ephemeral phenomena through the repetition of restrained abstract surface motifs. Similarly, his paintings defy the two-dimensional limits of the surface, conjuring a feeling of infinite expanse through indivisible fields of line and color. Surface and form become mutually reliant in Kaneko's work, offering a complete synthesis of sculpture and painting. Elemental in their simplicity, Kaneko's works evoke complex experiential shifts through the most minimal of means.

Known for his experimental and pioneering work in painting and ceramics, Kaneko has redefined what is physically and aesthetically possible for the medium, challenging the parameters of both its scale and materiality. A labor intensive process, his ceramic sculptures can take up to eighteen months of drying time and can involve a 37-day firing process to perfect the surface quality of his signature glazes. His work is represented in over seventy museum collections worldwide, and he has completed over fifty major public art commissions, often on an unbelievably monumental scale. Examples of which include two three hundred and fifty-foot long tile walls at the MBTA's Aquarium Station in Boston, MA (1993-2000), and a three-story high ceramic wall in the biology library at The University of Connecticut (1997).

Most recently, Kaneko installed Ascent, a fifty-six-foot tall glass tower in the center of Tower Square in Lincoln, NE (2014), and an installation of his iconic closed-form Dangos and Tanukis in Millennium Park in Chicago, IL (2013). In 2014 a series of twelve Tanuki figures were permanently installed at the Omaha Zoo, NE (2014). In addition to his civic projects and large-scale public commissions, Kaneko has also designed memorable theatrical set designs for Opera, which have allowed him to create immersive spatial environments based on the motifs and patterns he explores throughout his work. Productions have included Puccini's Madame Butterfly (2006), Beethoven's Fidelio (2008), and Mozart's The Magic Flute (2012). Upcoming opera productions include Madam Butterfly at the San Francisco Opera in November of 2016, and Madam Butterfly at the Washington National Opera in May of 2017.