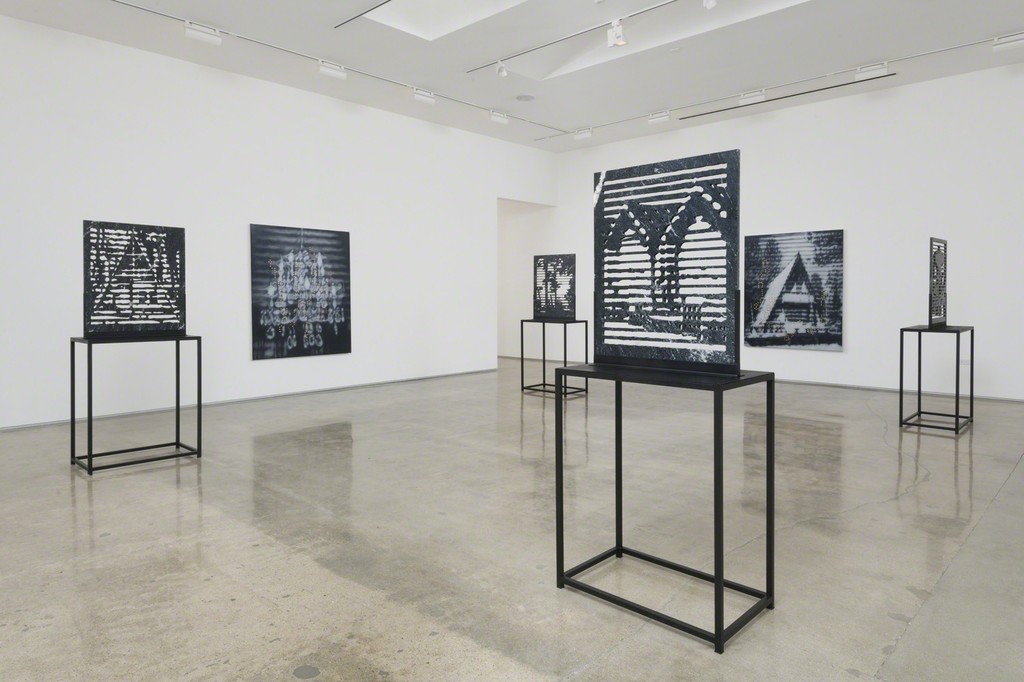 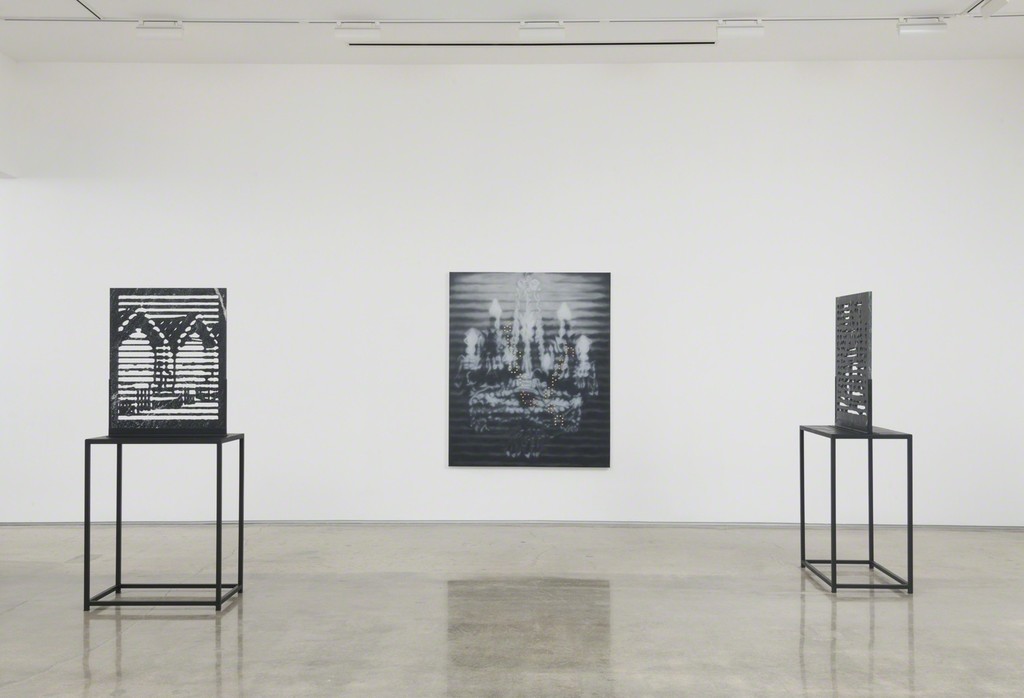 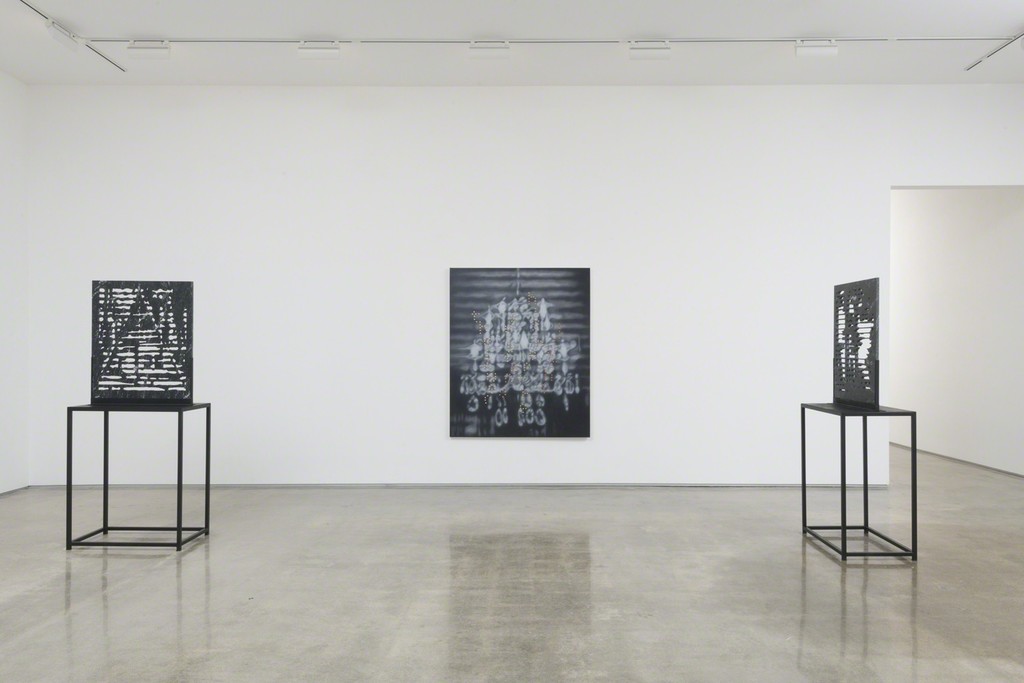 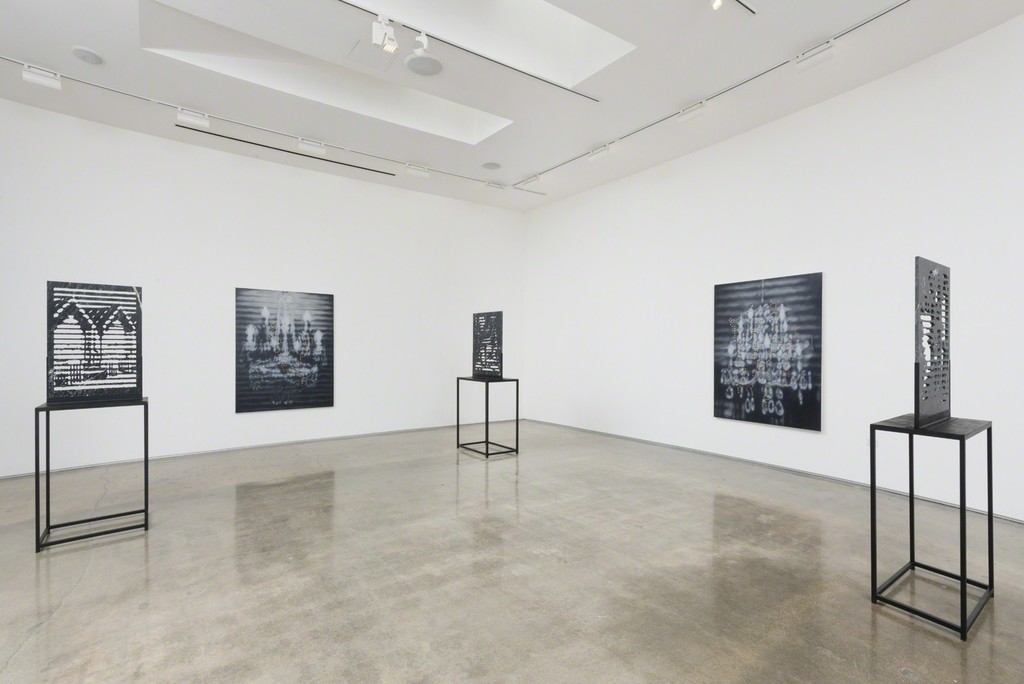 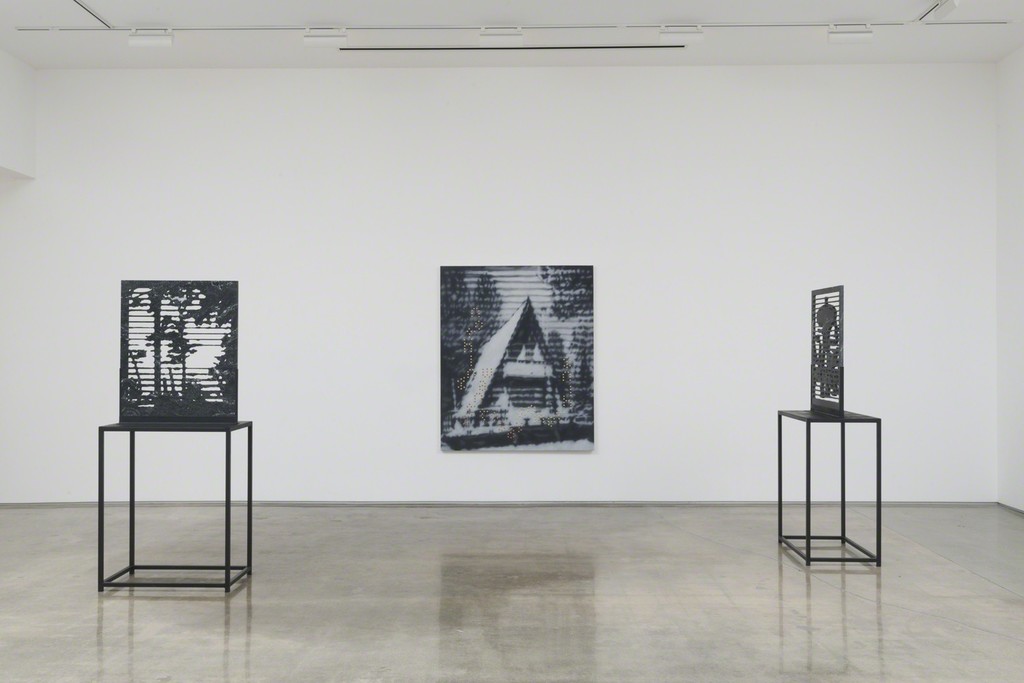 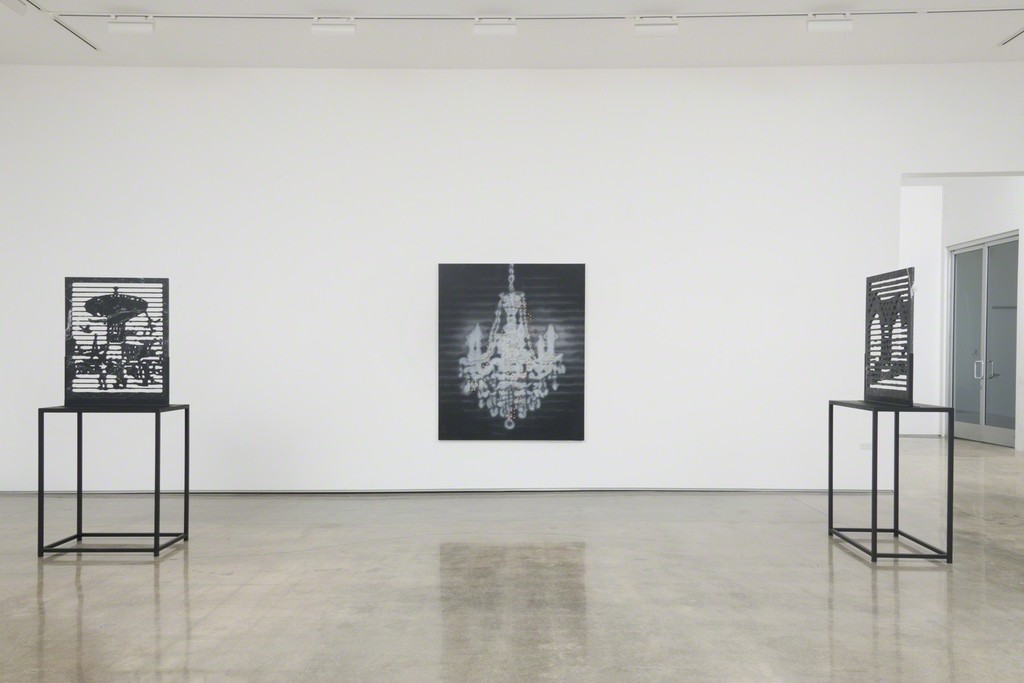 (Los Angeles) Edward Cella Art & Architecture presents an exhibition of works by Raúl Cordero from his newest series, The Seer's Suite. The artist’s first exhibition in Los Angeles in more than a decade features four new paintings and four carved marble sculptures that investigate a place where memory, reoccurring dreams, and fixations meet for the artist.

Each painting and sculpture in the exhibition draws on Cordero’s encounters with clairvoyants, also known as seers, whom he describes as “those who always try to see further.” Recalling his fascination with his experiences he states, “curiously at such meetings, one is always required by those persons to stare first at a certain object that in turn, becomes the center of the sitting.” Extracting from his sessions and recurrent dreams, Cordero employs images, of chandeliers, an A-frame house, and twin cabins, that have appeared to him. The resulting mysterious dream-like images have soft-edges that alter the figure-ground perception and enigmatic patterns of text. Recognizing in his spiritual investigation an analogous process of watching cinema or viewing an artwork; Cordero declares, “this suite is dedicated to that amazing human virtue of looking and thinking.”

As described by curator Axel Jablonski, “Raúl Cordero’s paintings are rooted in an awareness that the medium of film, with all its possibilities, has a far greater effect on present-day perceptions than images like photographs have.” Over thirty years, the artist’s central aim is to challenge the viewer to consider the perception of a world constantly bombarded with text and images through oscillating forms of communication. At the same time, his works question how visual language has given way to textual information in contemporary art.

Jablonski goes on to say, “Cordero’s interest is in the point at which a work actually begins, and the processes and ideas it undergoes on the way to becoming an artwork, is expressed in the descriptive annotations and multilayered references to other media and artworks, which the frame of reference in his painting keeps in constant motion, without end.”

ABOUT RAUL CORDERO
Raúl Cordero is a Cuban born conceptual painter and sculptor who lives and works in Mexico City. He was first known as part of the 90s generation in Cuba, when he started exhibiting his work mostly in Europe and the United States. Far from the standards of the Cuban Revolution art, Cordero represents through his work the "other Cuban art" without falling into topics of other artists from in and out of the island. Cordero samples pretexts whimsically obtained from various referential origins such as press, magazines, books, TV, photography, and video.

ABOUT EDWARD CELLA ART & ARCHITECTURE
Edward Cella Art & Architecture is committed to supporting significant established, mid-career, and emerging artists, architects, and designers. Nurturing this hybridity, the gallery uniquely exhibits photography, painting, sculpture, architectural drawings, models, and design objects with an emphasis on the intersection of these disciplines. Edward Cella founded Edward Cella Art & Architecture in 2006, building on his background as an architectural historian with a decade of experience in art advisory and collection management and a passion for collecting architectural drawings and ephemera, as well as contemporary art and erotica. The gallery sustains a curatorial emphasis on discourses surrounding issues of cultural and conceptual significance and has represented historical and under-recognized estates and collections.