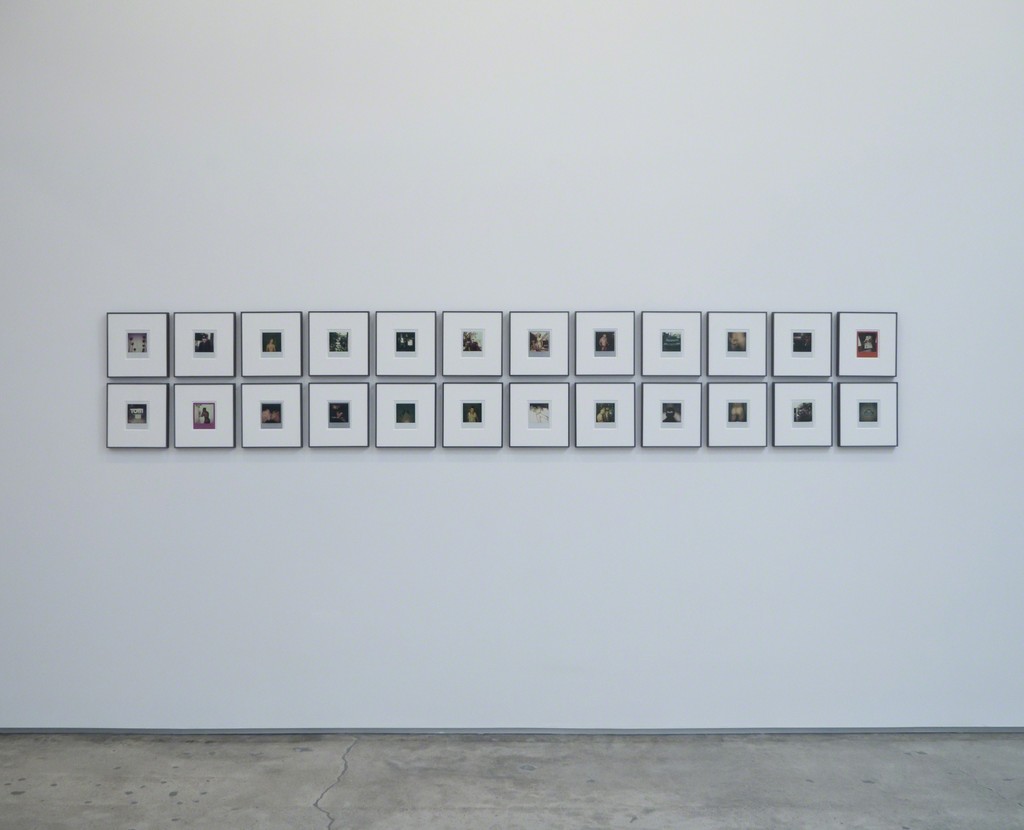 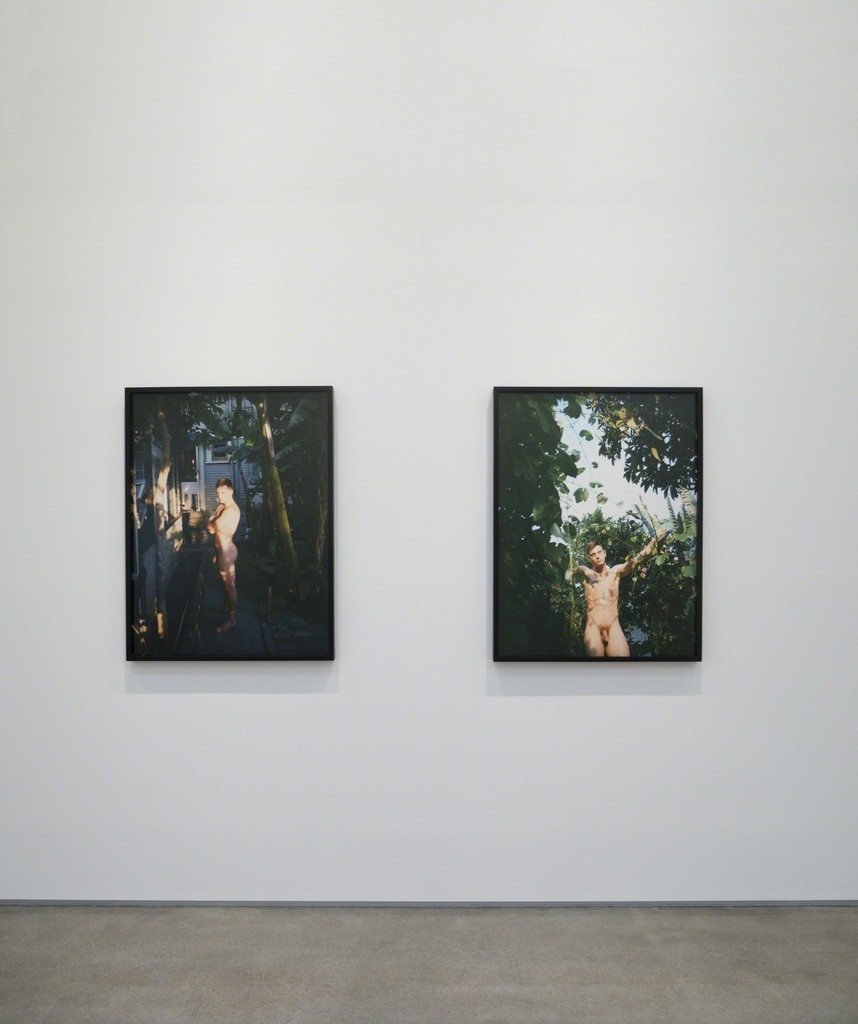 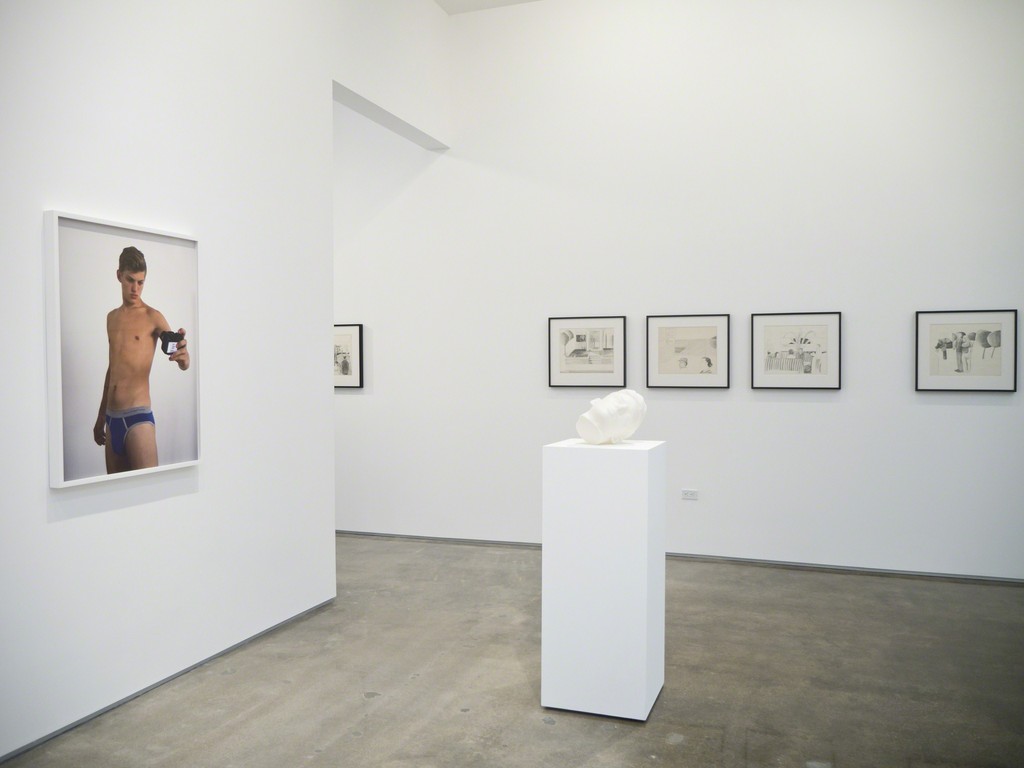 (Los Angeles) - Edward Cella Art + Architecture is pleased to announce Looking, an exhibition focusing on the artworks of Patrick Angus (1953-1992) and Stuart Sandford (b. 1978). Looking will feature drawings, photographs and sculptures by these two artists, who despite working some thirty-five years apart, share in creating artworks that represent gay culture in Los Angeles across four decades. Looking coincides with LGBT Heritage Month and provides perspective on the changing times and social landscape in Los Angeles.

Exhibited together for the first time anywhere, Patrick Angus’s Los Angeles Drawings capture the artist’s experience discovering the city and its inhabitants at the beginning of his career as an openly gay artist. Angus created the drawings in 1979, inspired by David Hockney’s book “72 Drawings” which also features portraits of men together in everyday life. The figurative drawings evoke narratives and humor while illustrating an emerging modern gay culture that did not exist in the eyes of the general population at that time. Angus considered his drawings a dialogue referencing other artists such as Pablo Picasso, Édouard Manet, and Edward Hicks by depicting them in his work; a practice in sync with the era’s formative notions of post-modernity. His Los Angeles Drawings are a direct conversation with Mr. Hockney, who remained a mentor, friend and collector of Angus’ work until the artist passing of AIDS in 1992. The exhibition represents the debut of the artist’s estate at Edward Cella Art + Architecture.

Looking is Stuart Sandford’s debut exhibition at the gallery and will feature Polaroid’s that were created during his fellowship at the Tom of Finland Foundation in Los Angeles, and other selected recent works. Building on an ongoing practice investigating unbridled adolescent narcissism and the self-reflexive nature of photography in the era of selfies, Facebook and Instagram; Sandford redeploys analog photographic process to document his experiences, preserving them for posterity with an unlikely medium. Each unique print captures an instantaneous moment – some ordinary, others erotic. Ultimately, Sandford creates a sequential portrait of a highly particular community, blurring the lines between artist and participant.

Patrick Angus was born in North Hollywood, CA and later moved to New York City where he was deemed “The Toulouse-Lautrec of Times Square” for his works depicting young male erotic dancers at the Gaiety Theatre. His paintings and drawings have come to represent urban gay life in the United States in the 1970s and 1980s, and were created on the heels of the 1969 Stonewall Riot that led to the modern gay liberation movement. His work has been exhibited and collected by the Leslie-Lohman Museum of Gay and Lesbian Art in New York and the Schwules Museum in Berlin, who also co-published the book, Los Angeles Drawings by Douglas Turnbaugh. Looking follows up to his successful solo exhibition at Galerie Thomas Fuchs in Stuttgart, Germany and will run concurrently with an exhibition of his work at Loom Gallery in Milan, Italy. A forthcoming feature documenting Angus’ life and work is being created by independent filmmaker, Marc Arranaga (Please see PatrickAngusTheFilm.org). On Tuesday, June 23 at 7 pm, Arranaga will host a public conversation with Douglas Turnbaugh, a close friend of the artist and owner of the artist’s estate.

Stuart Sandford was born in Sheffield, England and studied at Sheffield Hallam University, UK. His videos, photographs, appropriations, and sculptures subvert the heteronormative art world from within. His recent exhibitions include Invisible Line Gallery, London, England; Gallery Daeppen, Basel, Switzerland; and at the Schwule Museum, Berlin, Germany with recent works going to Art Basel, Miami Beach, FL; and the Art on Paper Fair, New York, NY. His work was published in BUTT’s 2010 pin-up calendar, and has been featured in articles by Out There Magazine, UK, Hyperallergic, US, and TUSH, Germany. Sandford is currently working on a book titled after the address of Tom of Finland’s famous residence, 1421 Laveta Terrace.

Angus’ and Sandford’s visual explorations into contemporary gay culture in Los Angeles were created during times of markedly different cultural and societal norms. Each of these two artists provide the viewer with unique historical, social, and cultural insights into one of LA’s thriving communities.