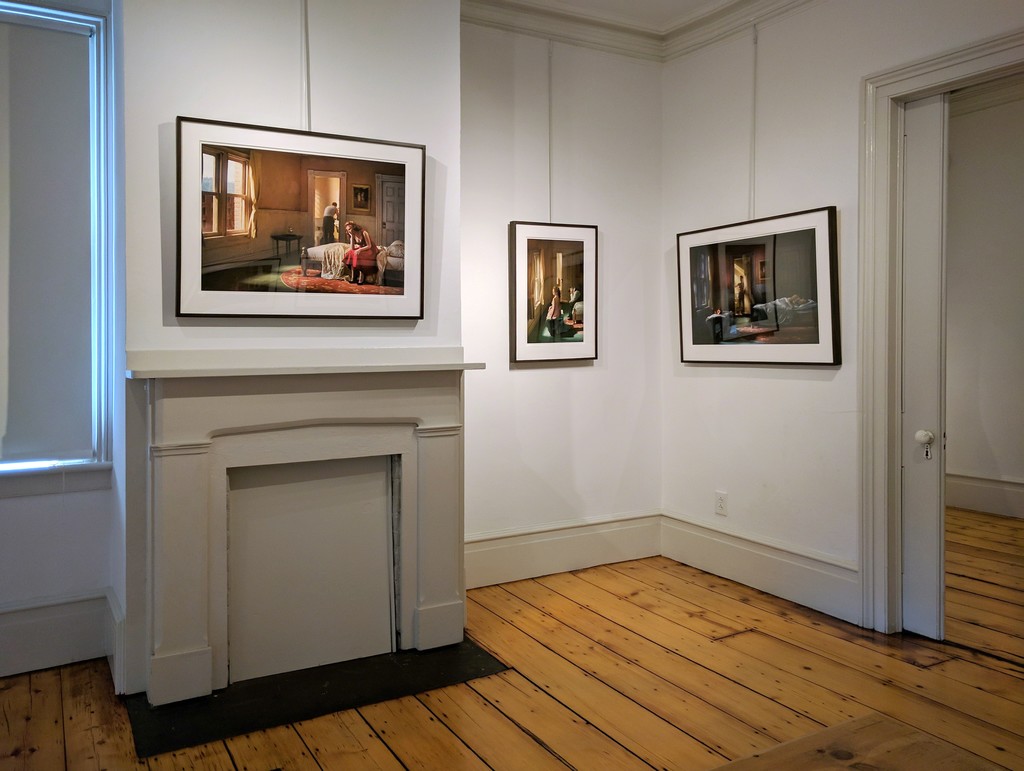 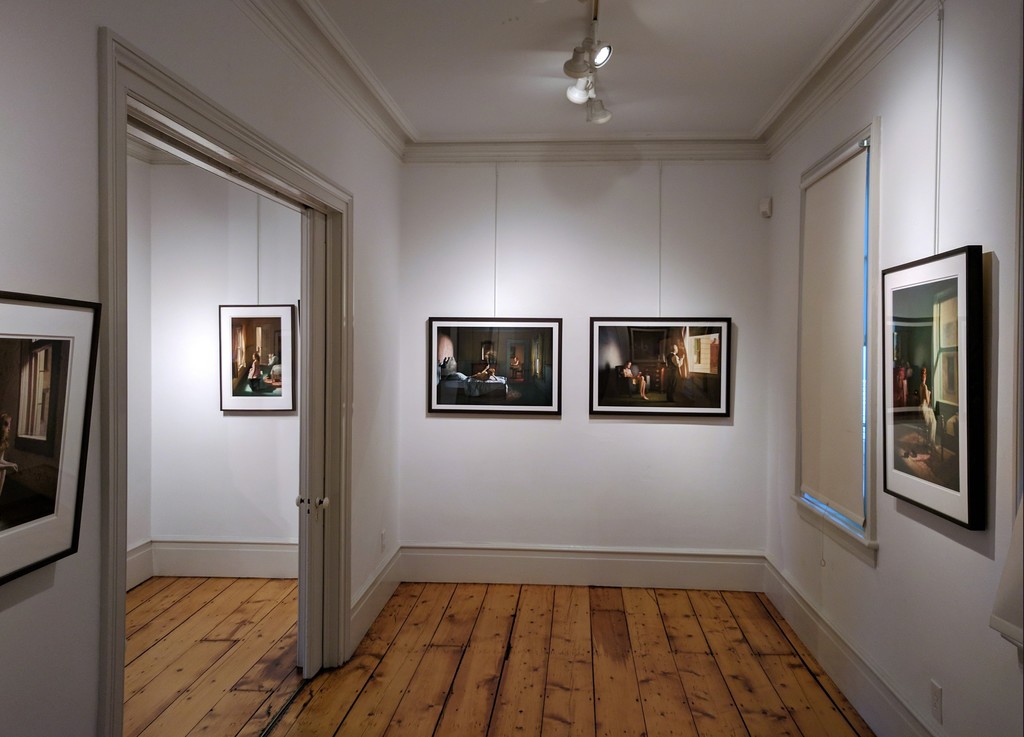 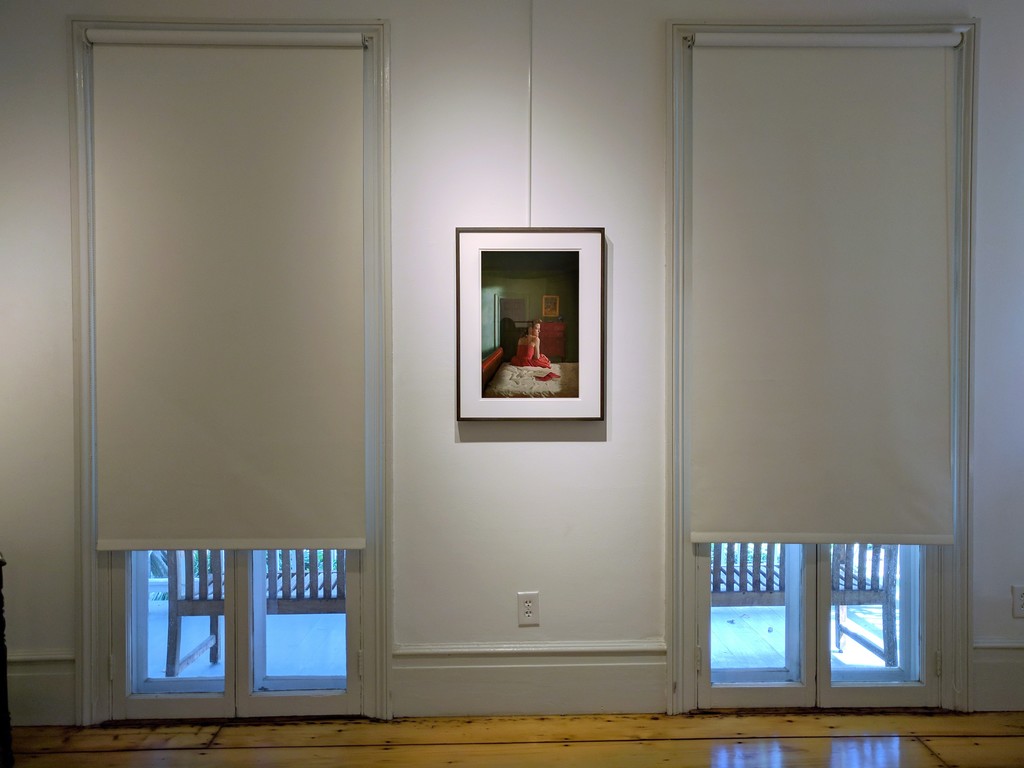 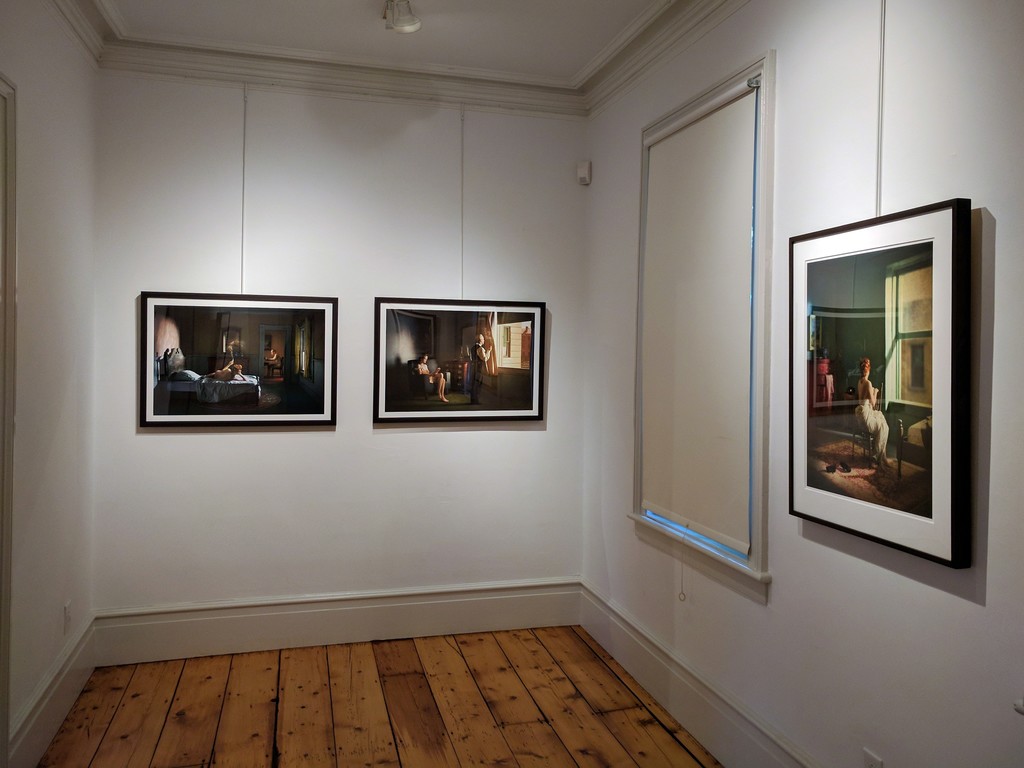 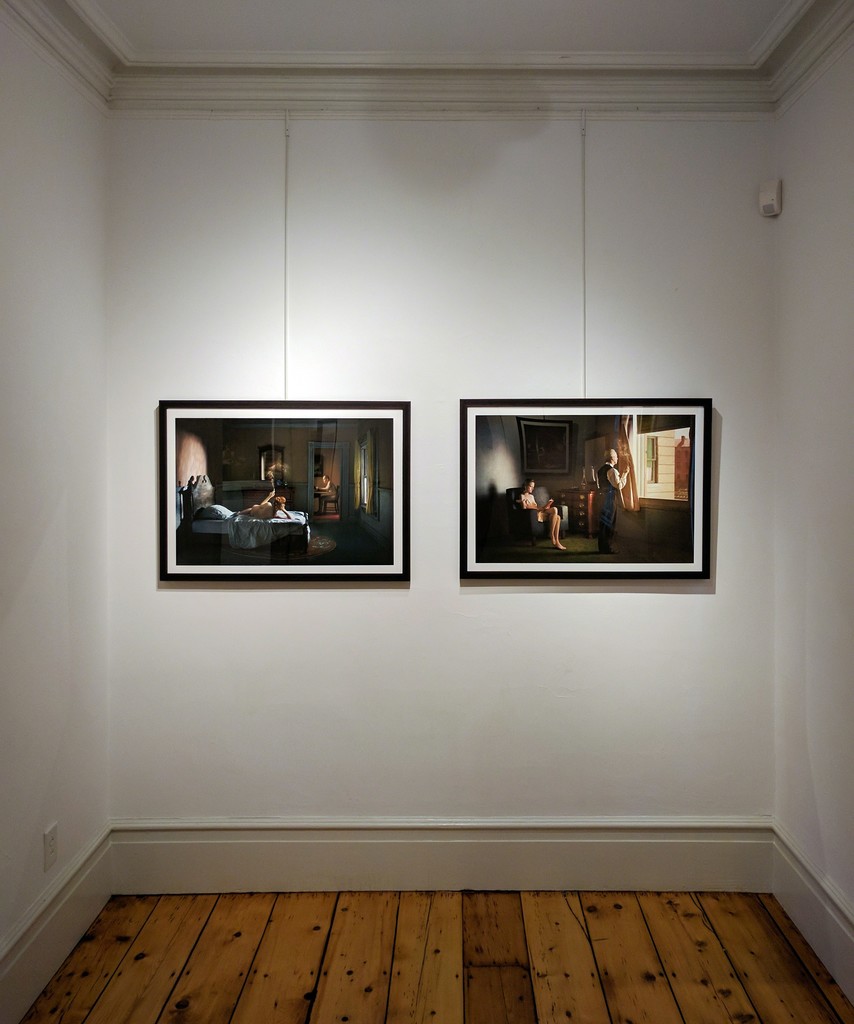 Edward Hopper House is pleased to present Richard Tuschman: Hopper Meditations from August 18 through October 29, 2017. Trained as a painter and printmaker, Richard Tuschman began experimenting with digital imaging in the early 1990s with the introduction of Photoshop. In Hopper Meditations, Tuschman pays homage to Edward Hopper’s artistic vision by creating staged scenes of fictional narrative “moments” that echo in subject and mood many of Hopper’s iconic images. While the effect may recall Hopper’s iconic paintings, Tuschman’s process is much different. To create these works, Tuschman builds dollhouse-sized dioramas with painstaking precision and detail. He then photographs the models -
including himself - and superimposes them into a digital image of the set to form a cohesive scene.

“I have always loved the way Hopper’s paintings, with an economy of means, are able to address the mysteries and complexities of the human condition. Placing one or two figures in humble, intimate settings, he created quiet scenes that are psychologically compelling with open-ended narratives. The characters’ emotional states can seem to waver paradoxically between reverie and alienation, or perhaps between longing and resignation. Dramatic lighting heightens the emotional overtones, but any final interpretation is left to the viewer. These are all qualities I hope to imbue in my images as well.

In other ways, my pictures diverge from Hopper’s paintings. The general mood in my work is more somber, and the lighting is less harsh than in Hopper’s. I am trying to achieve an effect perhaps closer to the chiaroscuro lighting of Rembrandt, another painter I greatly admire.

I would like the lighting to act as almost another character, not only illuminating the form of the figures, but also echoing and evoking the their inner lives. I suppose I would like to marry the theatricality of Rembrandt with the humility of Hopper. In this way, I like to think of my images as dramas for a small stage, with the figures as actors in a one or two character play. The characters, by appearance, are rooted specifically in the past, somewhere in Hopper’s mid-twentieth century. For me, this augments the dreamlike, staged effect of the scenes. The themes they evoke, though—solitude, alienation, longing—are timeless and universal.” - Richard Tuschman