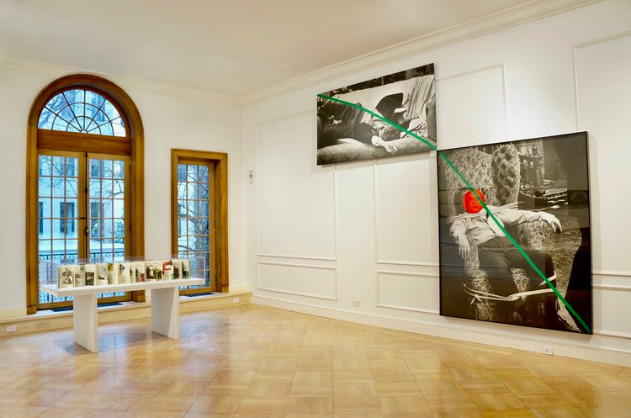 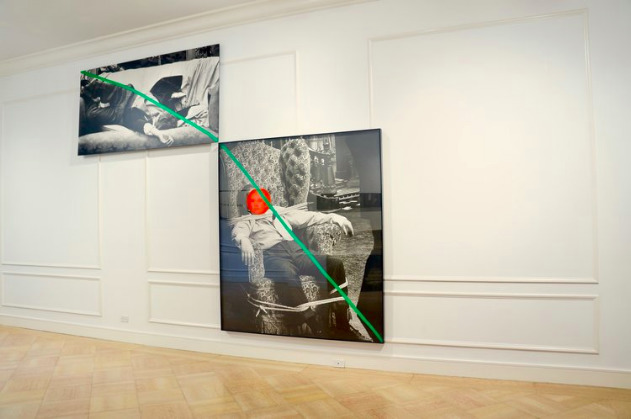 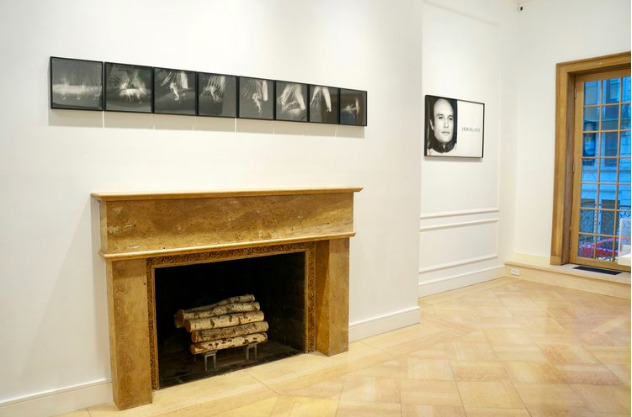 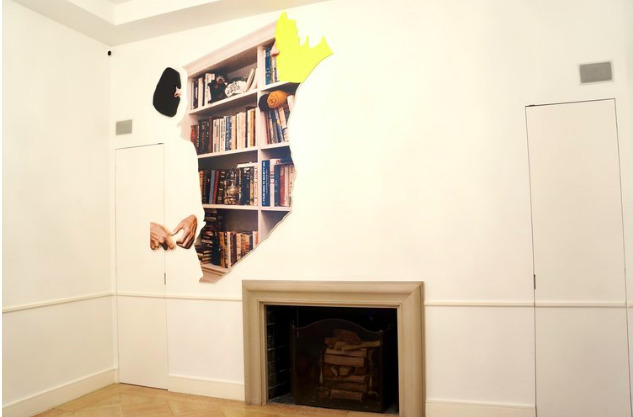 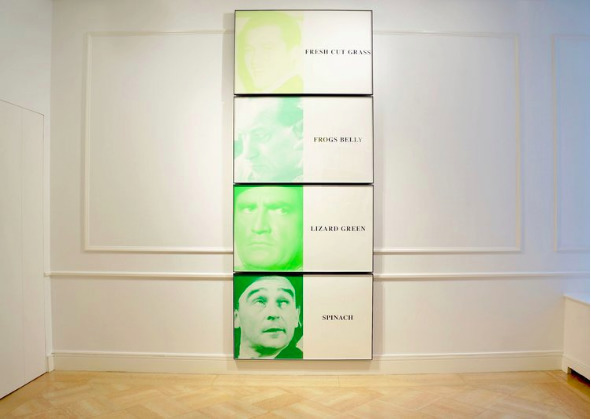 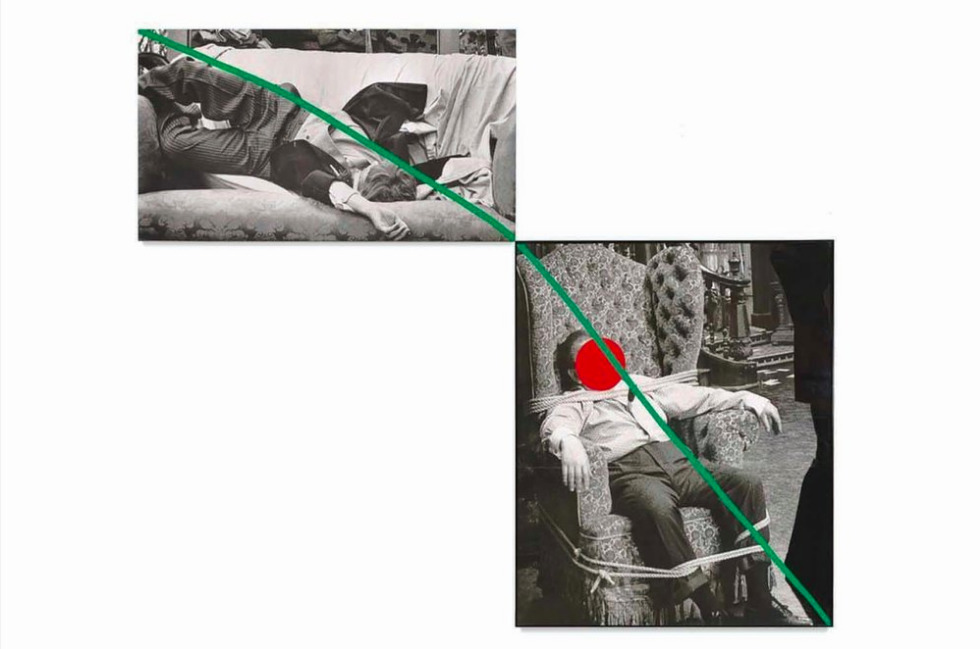 JOHN BALDESSARI "Cigar Smoke to Match Clouds that are Different (By Sight-Side View)", 1972 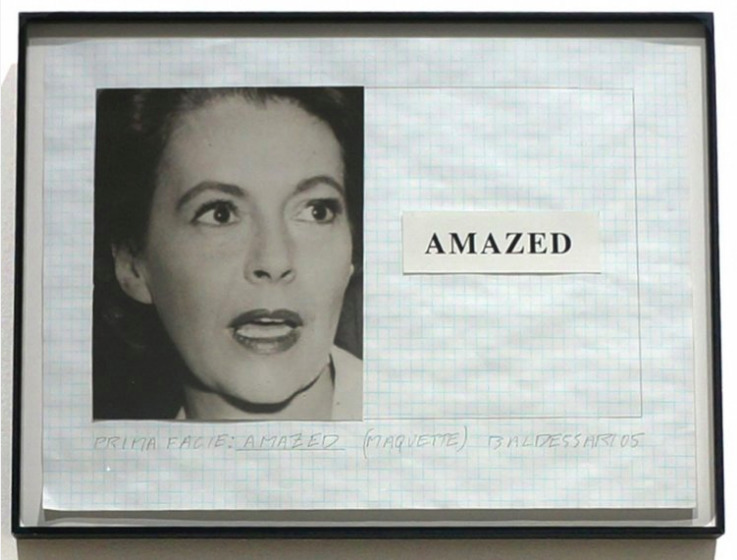 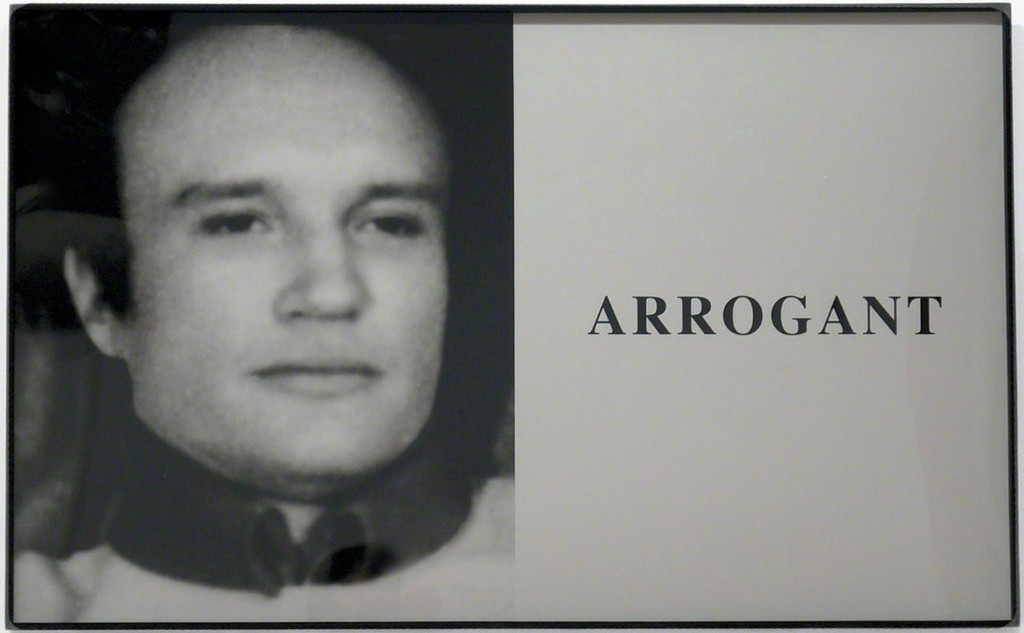 Edward Ressle Gallery is pleased to announce John Baldessari, on view from November 10th - December 17th, 2016. The exhibition is organized in collaboration with the Ileana Sonnabend Collection, the Sol LeWitt Foundation, amongst other distinguished private collections. The gallery would also like to thank the Baldessari Studio for their support and guidance. John Baldessari, a forefather of conceptual art, is known for amalgamating text with image and holding a tradition of lively colours. Through a wide range of media including photography, video performance, lithograph, painting, and illustrations, the exhibition will feature Baldessari’s exceptional works that speak his accustomed concepts from the artist’s prolific oeuvre.
The distinct period of the 1970s is characterized by the artist’s shift of interest towards experimentations of photography and film. “I could never figure out why photography and art had separate histories,” as Baldessari accounts, “so I decided to explore both. It could be seen as a next step for me, getting away from paintings. That might be fruitful. Later, that was called conceptual art.” The exhibition features two of Baldessari’s early 70s photography series from the Sonnabend Collection. Cigar Smoke to Match Clouds that are Different (By Sight – Side View), 1972 - 1973 is a series of three images, through which the same gesture is methodically repeated like three shots in a film sequence. Clouds as a motif have featured in many of Baldessari’s work. Puffs of smoke from the artist’s mouth are paired with rectangular reproductions of clouds in a group of prints, ambiguously simulating one another. Documenting a performative action, this work raises the emulation through the dual nature of contrast and comparison.
Similarly, dancing with the idea of chance and spontaneity, the other series in this exhibition Strobe Series / Futurist: Dog on Leash (For Balla), 1975 uses a set of black-and-white photographic montages and captures 8 drastic moments of the animal’s motion. Under the inspiration of Futurist painter Giacomo Balla’s painting, Dynamism of a Dog on a Leash, 1912, the Futurist: Dog on Leash series achieves identifying the visual instantaneity of movement using the medium of photography. His video I Will Not Make Any More Boring Art, 1971 betrays the promise of its own title when it is revealed to be thirty-one minutes of Baldessari performing the most banal of schoolboy punishments by writing out the title phrase over and over again.
He mocks “serious” conceptual art and makes a promise (in words) on which the (visual) words themselves signally fail to deliver. We wait for something to develop. Nothing does. There is no attempt at all to satisfy conventional expectations of action, development, or denouement. It is, on the other hand, deeply compelling. As a product of the performance, the lithograph I Will Note Make Any More Boring Art, 1971, nevertheless offers a contrast to the monotonous process. For Baldessari, it is suggested that each iteration of the phrase is clearly unique, not the same as the one before or the one to come. The columns are misaligned, offering their own potential delight.
In Baldessari Sings Lewitt, 1972, the title again gives a straightforward account of the content. Baldessari sings Sol Lewitt’s thirty-five Sentences on Conceptual Art, 1969, transforming LeWitt’s text into the melodies of widely-known tunes, including “Some Enchanted Evening” and “The Star-Spangled Banner”, among others. Baldessari wants to help these sentences “escape”, because they “have been hidden too long in exhibition catalogues”, and through singing, they reach “a much wider audience”. Baldessari Sings Lewitt (1972) is shot in grainy black-and-white. The camera never moves. The artist sits in a black metal folding chair in front of a cinder-block wall. Everything connotes great seriousness. Right up until Baldessari begins to sing, that is when two incongruent registers are forced into juxtaposition.
In A Fix’d Inflexible Sorrow, 1988, by the deliberate obfuscation of faces with a colored dot, a transformed product subtly emanates. Facial expressions are masked and certain figures are segmented thus accentuating “what is left”, may it be body language or perhaps a peeking smirk. Shapes and lines hold a character of their own, serving to recompose the original images into an arbitrary compositional decision. To this end, what is concealed ironically becomes more visible in a sense, prompting the viewer to look again, to question what is not there as well as what is. Baldessari explains to The New Yorker, “David Foster Wallace once said that the duty of the writer is to make the reader feel intelligent, and let them fill in the gaps. I feel that way, too.” These works contest the accustomed methods of viewing, thus compelling a heightened receptivity to detail, absence, and spaces in between.
Containing more printed versions of Baldessari’s modified photographic images, including A Fix’d Inflexible Sorrow, 1988, the illustration book, The Life and Opinions of Tristram Shandy, Gentleman is an accordion-fold edition that includes 41 panels with an essay by Melvyn New and 39 photo-collage illustrations by Baldessari. It is an homage to the original author of perhaps one of the most experimental novels in English literature. The book is part of Lewitt Foundation’s collection as well.
For his recent series Prima Facie, Baldessari reinvestigates old themes in a new manner. Derived from the Latin term translated as “at first sight”, Prima Facie series juxtaposes a photographic portrait alongside a textual phrase. At a first glance, the phrase appears to be descriptive of the content, but the appearance of emotion may conflict or complicate the simple association. What other expression is hinted other than amazement (Prima Facie: Amazed (Maquette), 2005), or arrogance (Prima Facie: Arrogant, 2005)? Is that shade of green actually “frog belly” or “spinach” (Prima Facie (Fifth State): Fresh Cut Grass / Frogs Belly / Lizard Green / Spinach, 2005)? These are some questions that may arise when viewing his work, questions of which are as wryly entertaining as they were in 1967.