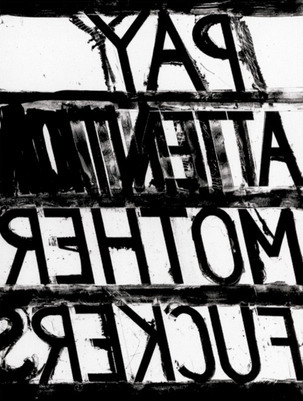 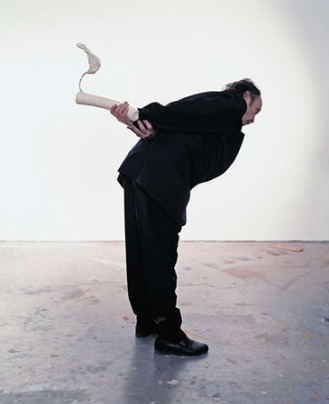 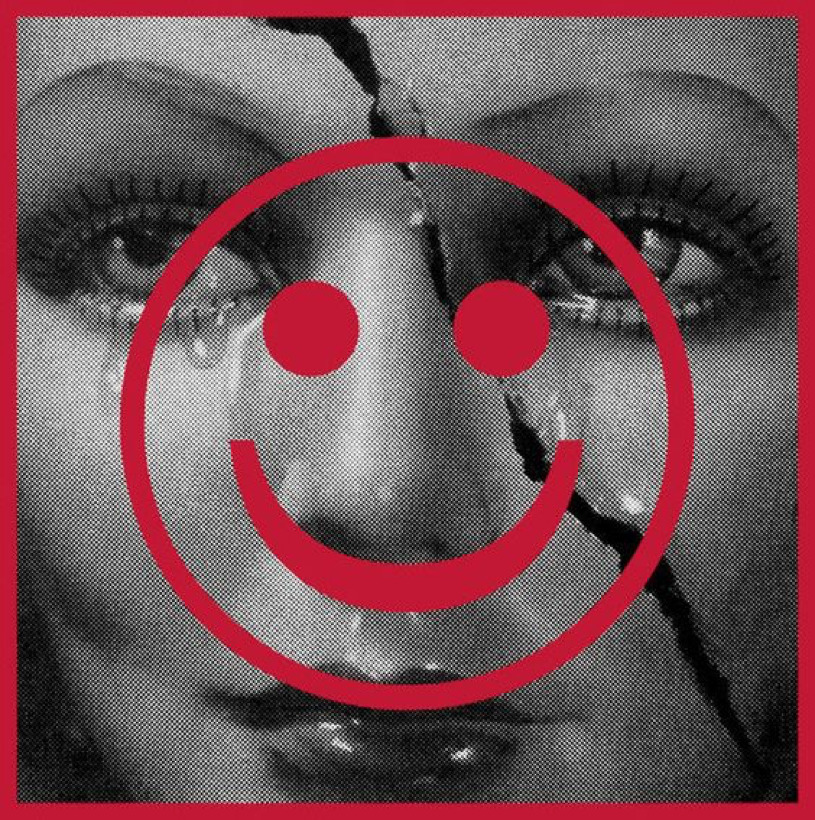 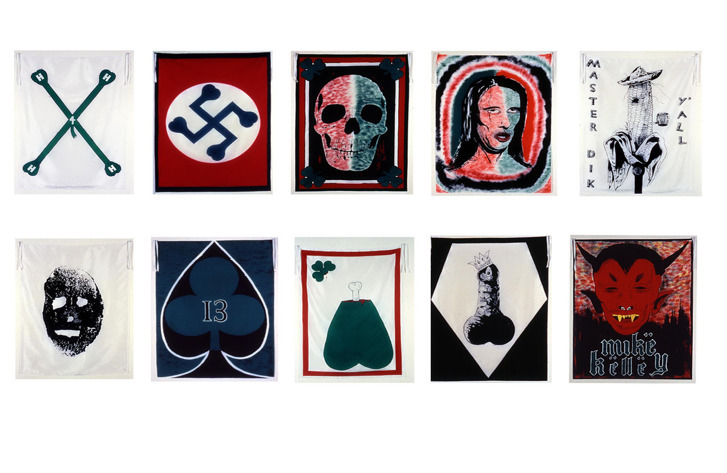 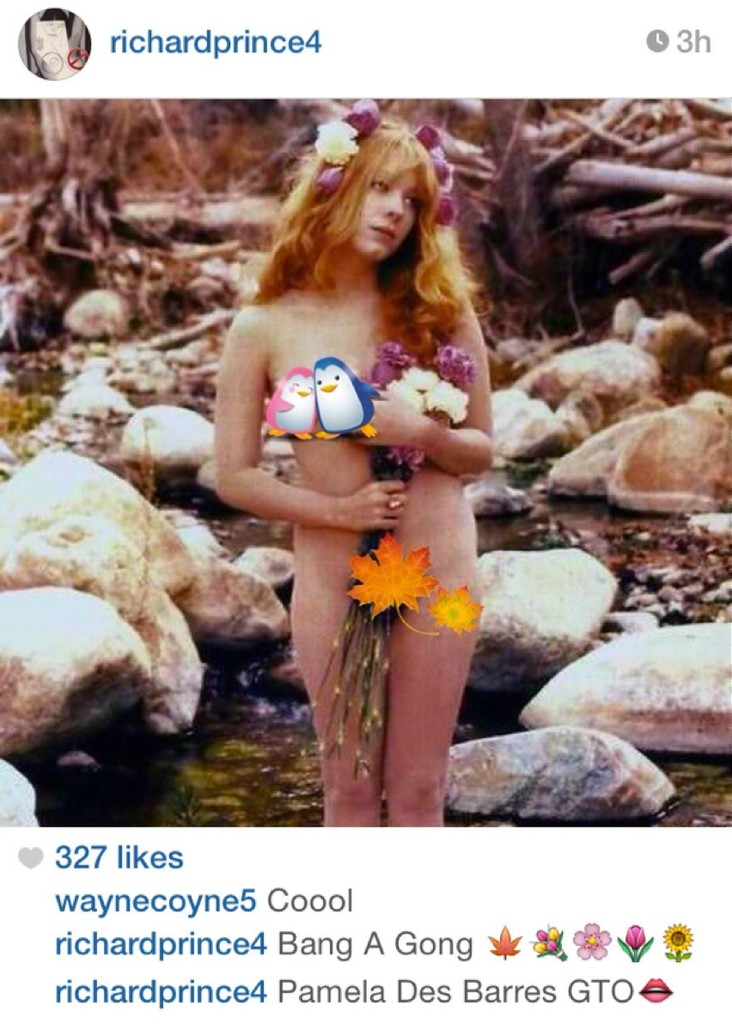 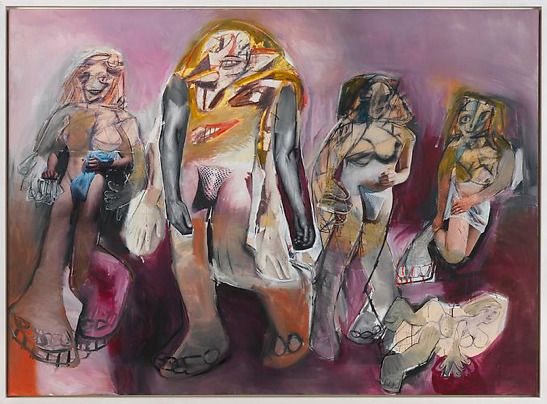 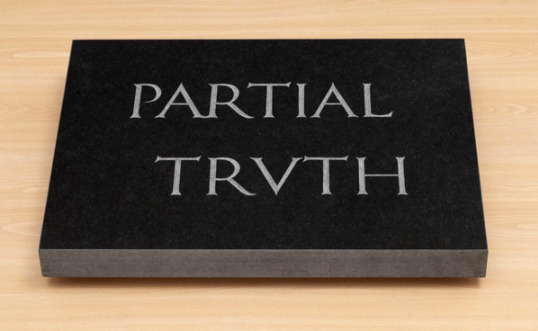 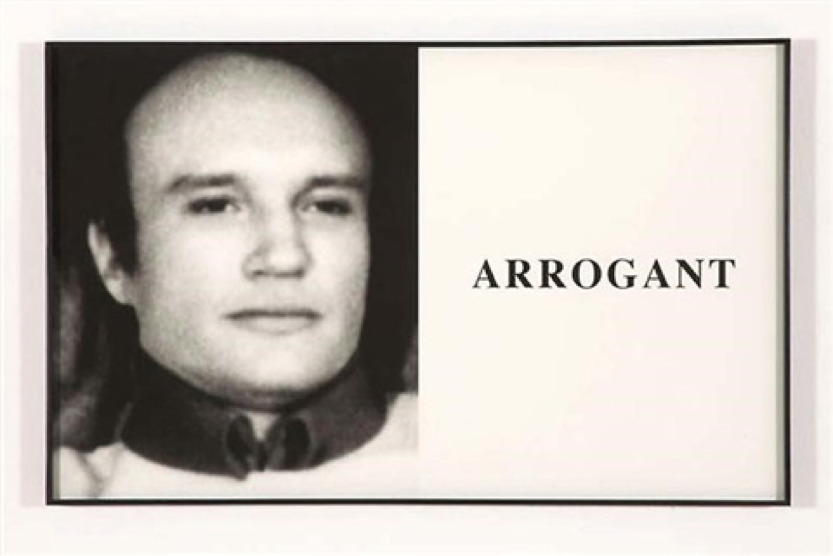 PAY ATTENTION
May 9th – July 5th, 2016
Edward Ressle Gallery is pleased to announce the gallery’s first exhibition, PAY ATTENTION, opening Monday, May 9th, the show will remain on view until Tuesday, July 5th, 2016. Inaugurating the gallery space located on the Upper East Side, this exhibition explores the contemporary discourses of authorship, identity, and postmodern mentality with thought-provoking works by John Baldessari, Mike Kelley, Barbara Kruger, Bruce Nauman, Richard Prince, and Franz West.
The title of the exhibition derives from Bruce Nauman’s significant work, Pay Attention, 1973. The artist’s choice of reversing the bold, eye-catching text, “Pay Attention Mother Fucker” serves as an influential source for his later works, but also serves as a bold experiment affecting artists, critics, viewers, and the public. Interacting with the spectators both directly and metaphorically, the print addresses the gap between the signifier and the signified by revealing the inadequacy of language. Partial Truth, 1997, is another work by Nauman that triggers pervasive investigations of language. Exploiting the formal aspect of granite and casual quality of misspellings the work communicates with the viewers through its text: a double entendre elegantly carved into granite that is evocative of a headstone.
Appropriating black-and-white photographs found in magazines, Barbara Kruger actively embraces the discussion of feminism, sexuality, and originality. Shown at her traveling retrospective at MoMA, New York; MOCA, Los Angeles; and the Whitney Museum of American Art, New York; Untitled (Tradition), 1980, reflects Kruger’s unique way of expression with her signature red, black, and white palette. Fitting into the artist’s oeuvre in both visual and conceptual ways, Untitled (Tradition), juxtaposes confrontational text with obscure image to comment on the female condition. A later work of Kruger, Tears, 2012, creates an intriguing comparison that exemplifies the artist’s continuity and transition in her career. With an enlarged straightforward smile icon, this work further develops Kruger’s conceptual practice, which keeps proliferating new perspectives. In this case, Kruger emphasizes the society’s psychological disjunctions in our digitalized world by placing a smiley face that belies the internal sadness shown by the cracked doll face. As the new language of the Internet age, emoji is reshaping the way of communication. Embracing the style of contemporary publications, Kruger delivers her realization of the postmodern condition to the viewers, and provides a contemporary and ironic vocabulary for people to perceive her ongoing political, social, and feminist provocations.
Sharing the confrontational visual qualities with Barbara Kruger’s work, Pansy Metal/Clovered Hoof, 1989, presented by American artist Mike Kelley takes an unconventional path, ridiculing and mocking iconographies considered offensive and potent, such as the swastika, devil, and skull. Created as a collaboration with choreographer Anita Pace in 1989, the work was worn by four dancers who performed a variation of a heavy metal fashion show with Motorhead’s “Orgasmatron” as background music. The same performance was restaged at the openings of Kelley’s retrospective at MOCA, MoMA PS1, and The Stedelijk Museum.
Upon visiting the exhibition, viewers will see the silk banners displayed in the same sequence as the MoMA PS1’s “Mike Kelley” exhibition in 2013, yet in a new dialogue with works of other central contemporary artists. Indeed, along with cultural icons, appropriation of photographs has been regarded as an effective tool to stimulate conversation. Richard Prince’s Instagram-sourced “New Portraits” joins the active discourses of authorship and new evolving language through its reprint of an Instagram post edited with an emoji - the same pictorial form of language that echoes the smile icon in Kruger’s Tears. This particular Untitled (Portrait), 2004, recalls his earlier works like the Girlfriend or Cowboy series with the same style of a sepia color toned photograph. Featuring an Instagram framed Pamela des Barres, the first rock and roll groupie, the work highlights Prince’s identity as a music and subculture collector of the twentieth century.
Manipulating images into his own, Prince uses appropriation in the de Kooning, 2008, painting by transferring and reprinting covers and pages from book catalogues of de Kooning’s woman paintings and creating a collage work with his own touch of paint. To quote Prince himself, “Some people worship at the altar — I believe in de Kooning.” In essence, this series is an homage to de Kooning and represents Prince’s usage of direct appropriation of another artist’s work for the first time. Considered by many as the father of Appropriation Art, Prince continues to question and redefine the concepts of authorship and ownership through both of these works.
Franz West’s Untitled (Adaptive/Passstücke), 1988, takes biomorphic forms, interacting with the spectators, the physical space, as well as the psychological environment. In West’s own words, “The objects are to be used. They represent the potential to give form to neurotic symptoms. Their function as objects for the human body ... opposes Leonardo da Vinci’s observation that the facial muscles represent an individual’s muscular system and psychological state...” Sculpted of unusually accessible and “poor” materials - plaster, gauze, metal, and paint - the work not only challenges and provokes viewers, but also resists to fit into the established art scene. Juxtaposing found photographs with one-word phrases, John Baldessari is another artist who engages with the viewers and refuses conventional spectatorship. A manifestation of the unstable relationship between the visible surface and the targeted meaning is notable in his Prima Facie series -- particularly Arrogant, 2005 and Amazed, 2005. His works further extend the complexity of the viewer’s perception of art under the postmodern condition, which continues to question the reliability of image and language. Walking through the exhibit viewers will participate in the contemporary discourses of authorship, identity, and postmodern mentality through the thought- provoking works. The exhibition presents an array of works by various that effortlessly interacts with the viewer, leaving different and unique experiences with every visit.