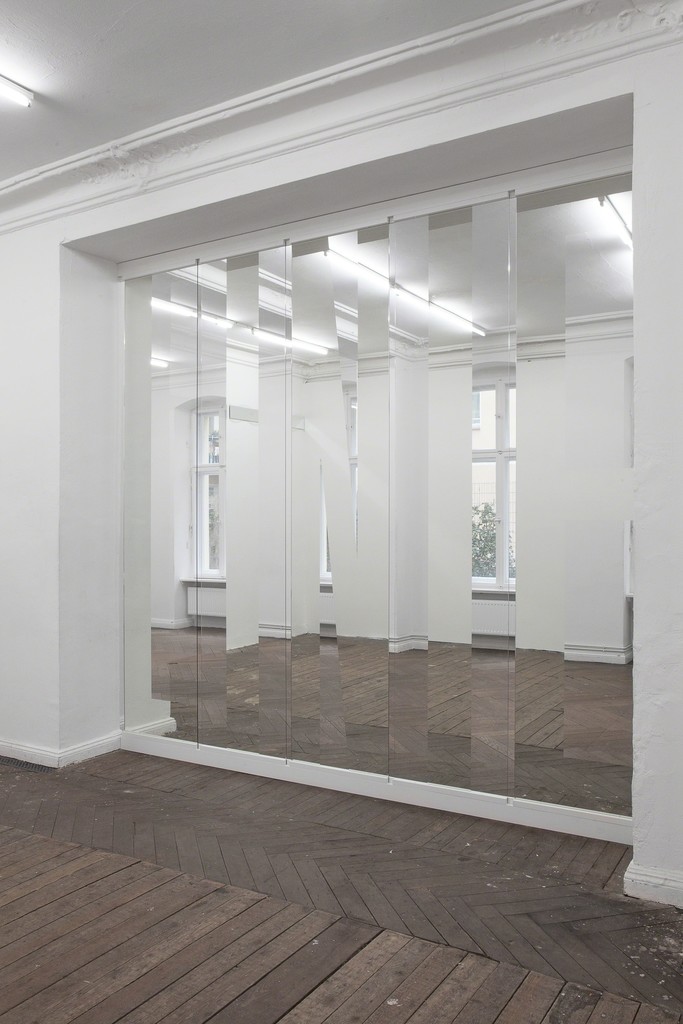 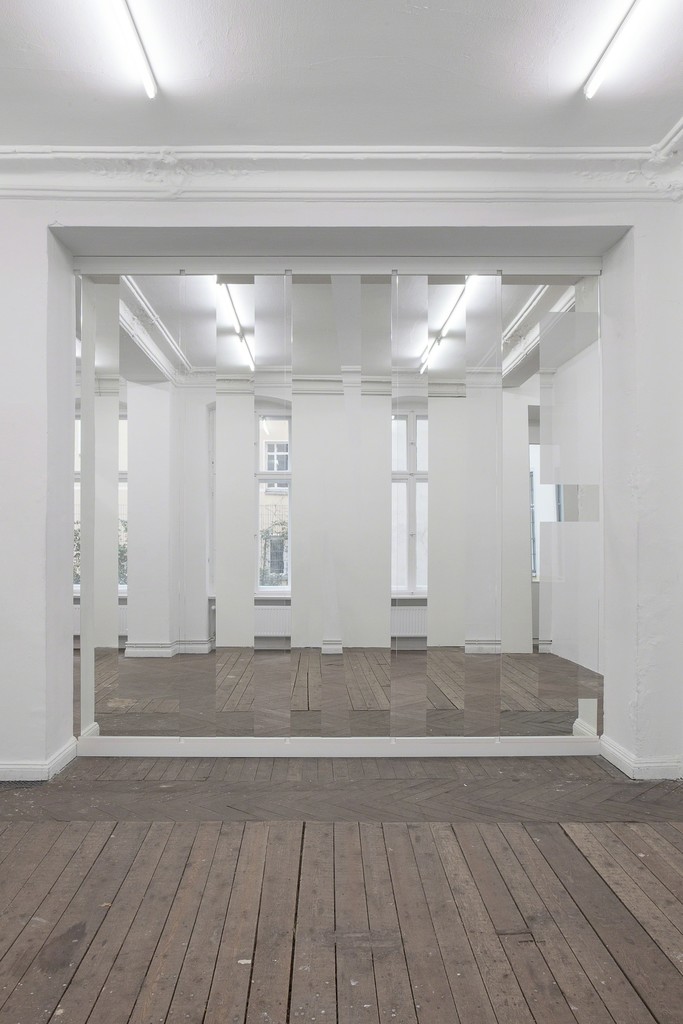 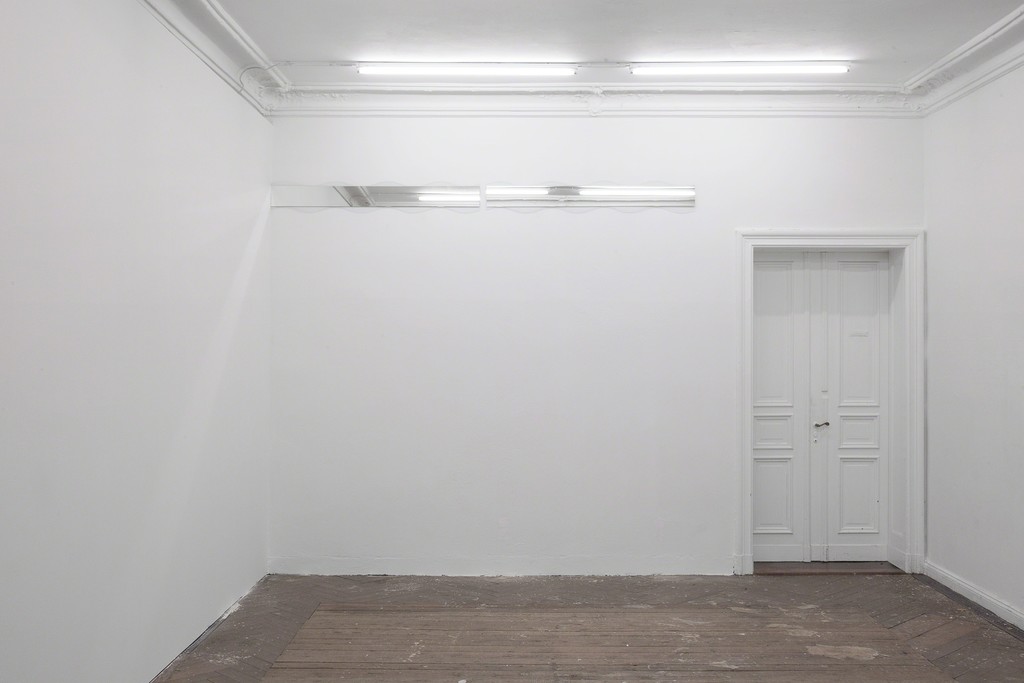 We are very pleased to present the first solo exhibition of Alex Lebus in the EIGEN + ART Lab. For the exhibition Breaking the Waves and Drawing a Line, the artist, born in 1980, developed a room-related installation and wall objects.

The exhibition is dominated by the work A LINE, that, like a wall, divides the exhibition space into two areas and makes the space behind it inaccessible to the visitor.

Alex Lebus scratched the letters of the word “Linie” (line) into five vertical-format mirrors. The letters and the empty spaces in the mirrors form horizontal lines that permit a glimpse behind the wall. The line becomes a separation from and impassible boundary with the space behind it. In this work, reversal, a central theme in Alex Lebus’ work, is found again. What is in the back comes to the front through the newly set focus; what is inside comes out. The boundary becomes a line that has no middle, but creates a left and right.
 
A mirror object from the series Breaking the Waves is shown in the traversable front exhibition room. The partial removal of the reflecting layer transforms the wave-formed horizontal mirror into a horizontal line. The wave forms thereby become glass again and take on even greater presence through light and cast shadow.

Both works display key aspects in Alex Lebus’ oeuvre: first, the dealing with
the seemingly visible and what is concealed behind it; second, the individual’s search for identity, for herself and her relationship with the world. The artist is thereby also interested in exploring personal existence in the interplay with the world that surrounds us. The “I” stands in relation to the “we”, as is also seen in earlier works by Alex Lebus, for example in the mirroring and reflection of the two words “ME” and “WE”. In her artistic explorations, Alex Lebus repeatedly makes use of two means: visual work with mirrors and the use of fragments of script or text.

In a wide variety of ways, she thereby produces mirrorings and creates “flashbacks” and simultaneous reversals of the accustomed and expected. She throws the viewer back upon himself, changes and directs perception, and creates new angles of vision.

What is seen becomes ambiguous and is questioned; the viewer finds himself in the interplay between the levels: being and appearance, truth and lie, fiction and reality. To change perception, reveal truths, and unmask and question the obvious is what Alex Lebus constantly grapples with in her oeuvre.