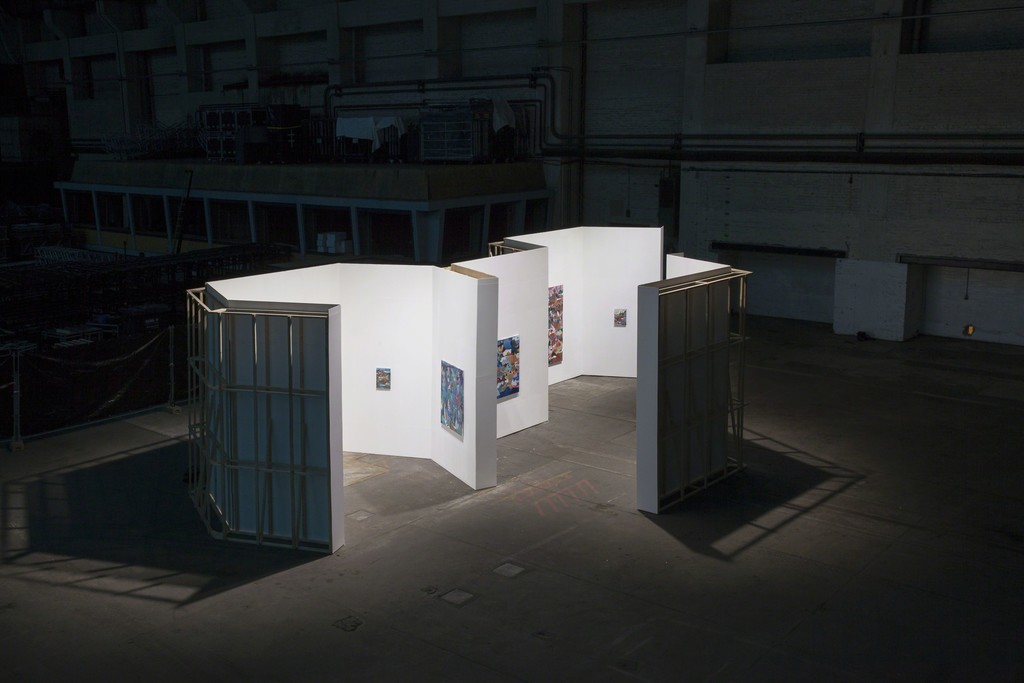 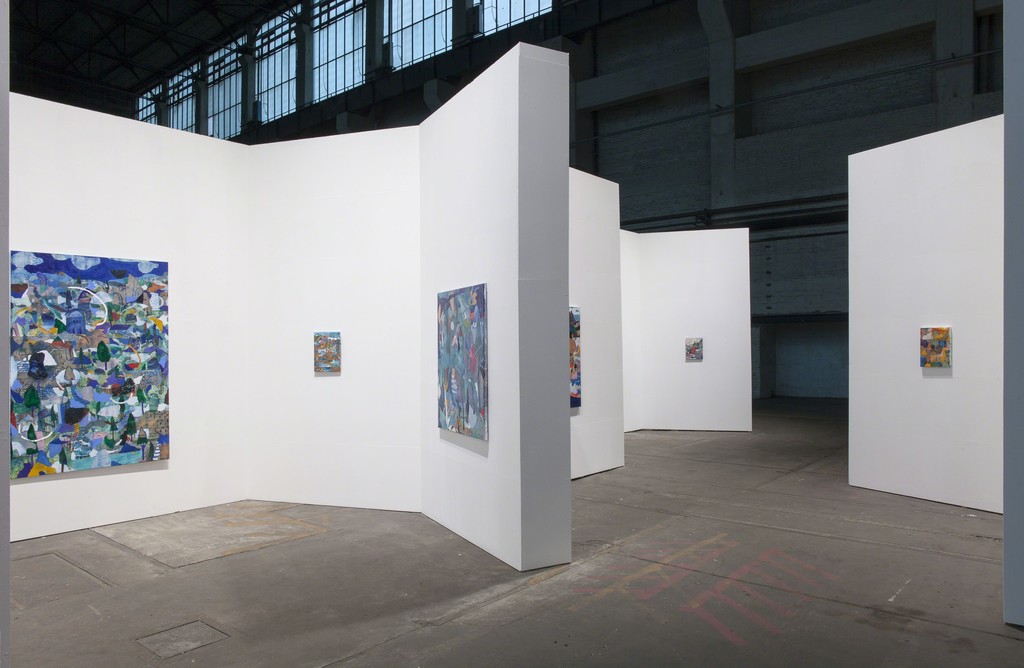 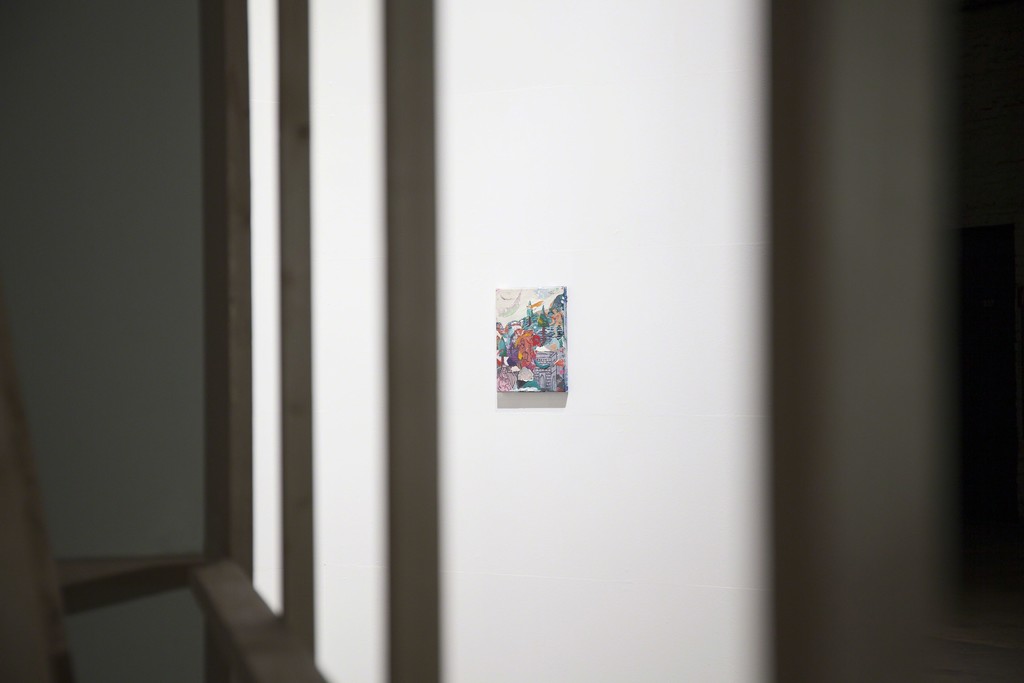 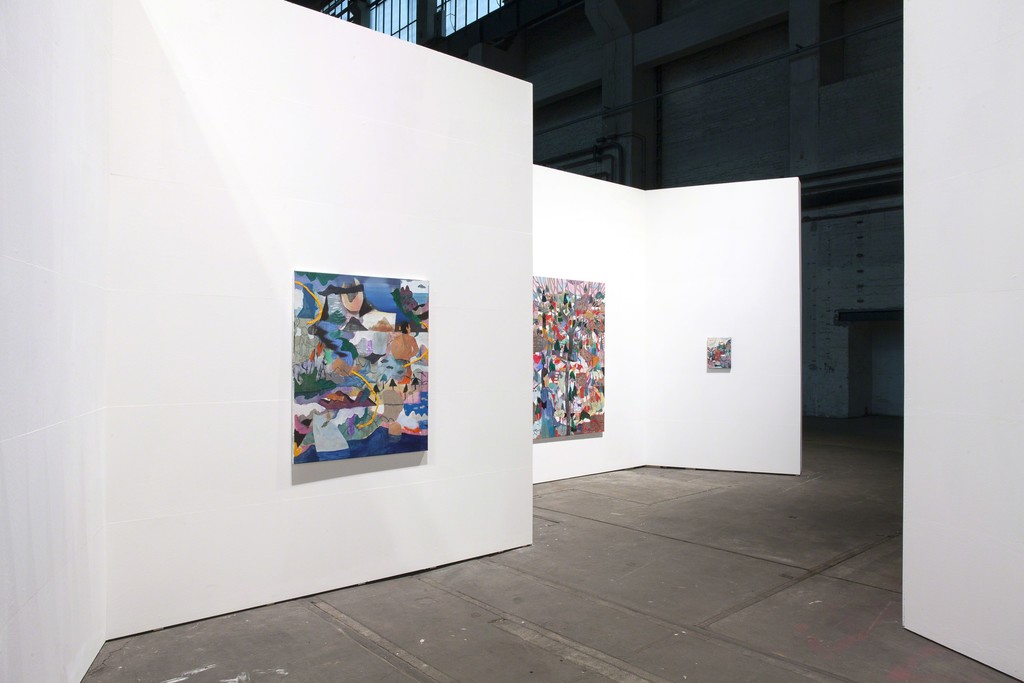 The Patron of Inquiry

Twelve points of vantage present twelve skylines. Hung to capture your eye, are twelve paintings with flattened perspectives. Within this flatness lies the finest scenery. Between standing stone and slanting rain you'll notice the uluma, emirs and eminences that populate causeways. Often in the middle distance, back turned, is a man built like Magaccio's Adam. Partial to an astral cloak, infrequently bearded, astride, phallic – The Patron of Inquiry.

Ecru linen is coated with an ochre-wash, alla prima. The honeying isn't a corrective measure, rather an affirmation. Consider yellow at the persuasion of brown, or blue in its supreme relation to white. Without diffidence Anholt either instinctively, or by virtue of what's committed to memory interprets these principles.
Violet-blue and darker blue nuances interpose, hardly eliciting attention, yet quietly civilizing the canvas. Careful horizontal strokes are given to the purpose of achieving a third dimension within the two-dimensional. Whether by his recurrent use of Sevres Blue, segments of pure and gradated tone, or dashes of white to denote breeze threading water: the artist obtains depth with a colour-constancy that further articulates space. Somewhat representative of these sentiments is The Flood. Rather than load a brush with solid pigment to render a poor association the artist instead configured hues that agitate beneath the surface to coalesce with stratum afloat above.

Colour, allied to the realm of the visual is registered within our circadian confines. What we observe momentarily are objects subject to perpetual change. Anholt has elected to relinquish a degree of definition, to become less reliant on the contour line, prizing instead a finality of expression. He engages our sense-perceptions to convey the primacy of experience.

These inferences predate the series. Seminal to this series were early endeavours delineated in sober hues. Proficient though they were, these studies in consistency lacked carving value. Gradation equates to texture as does the viscosity of pigment applied from the tube to canvas. While the paint was still wet Anholt glued shreds of torn canvas to the fibre resulting in a sculptural effect. A Reckless Night should be classified as rilievo schiacciato.

Perhaps the Mediterranean influence permeates more than one picture. In Magna Graecia light prevails. Mattiffying surfaces from the Port of Catania to Selinunte, where the curious old religions are still in situ. Anholt ́s metaphysical account and our Patron’s premise are homogeneous. An inquisitive man* isn’t just a spectator of the world - as both appreciator and creator, he can’t help but be a part of it.