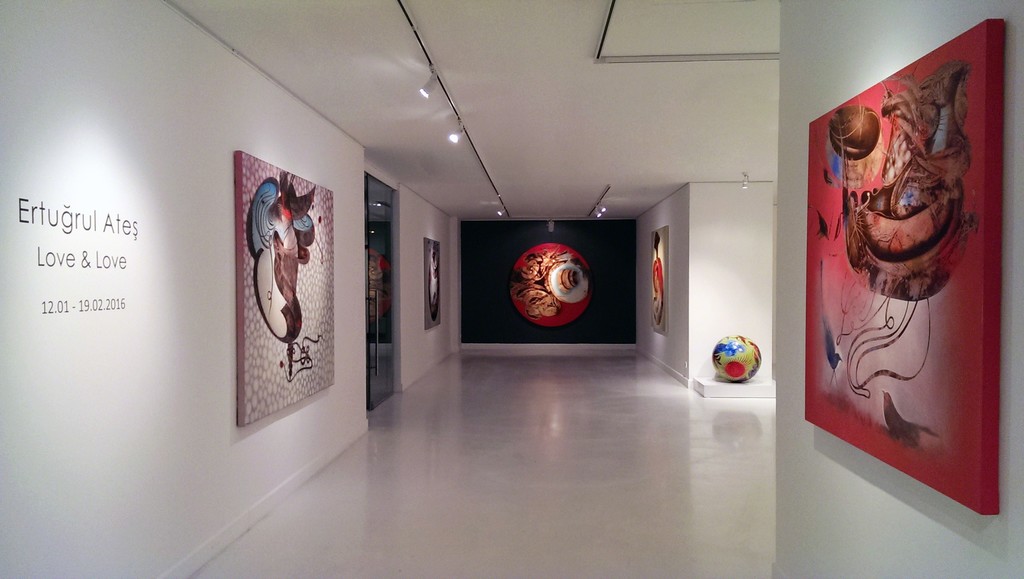 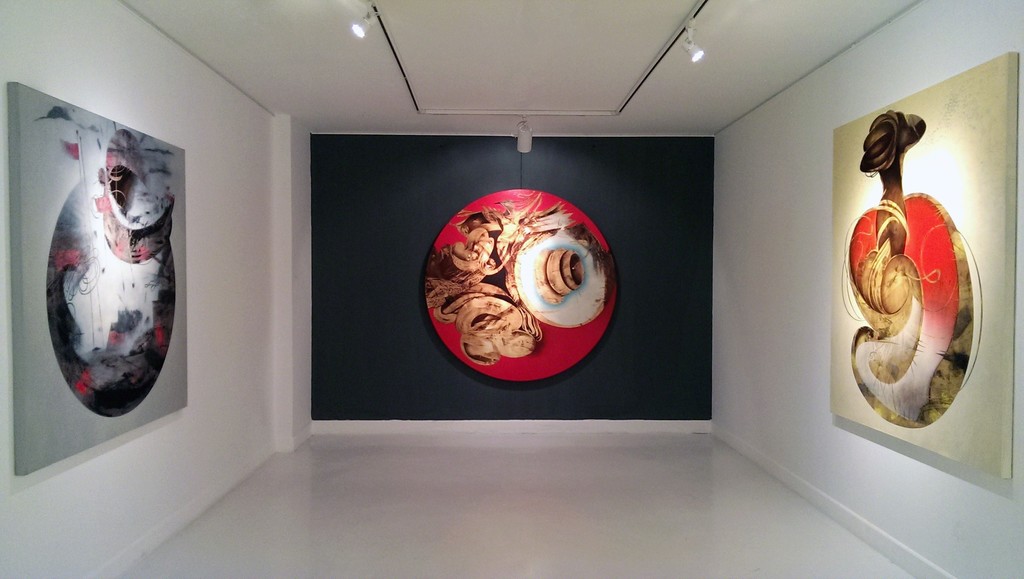 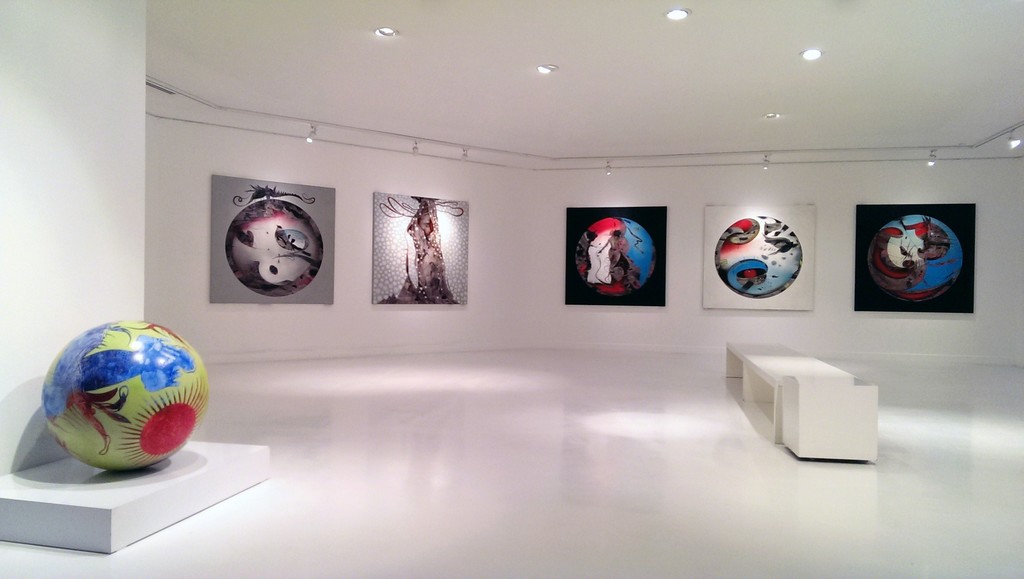 EKAV / Education, Culture and Research Foundation welcomes in its first exhibition of the New Year titled “Love & Love” presenting the most recent paintings of Ertuğrul Ateş at Ekavart Gallery on 12 January – 19 February 2016.
“If the starting point of art is seeking answers to all big questions, the artist should start seeking them from himself,” says Ertuğrul Ateş. On and on, he confides images reflected on his inner mirror to the canvas. He definitely avoids categorizing himself within any art current, and thinks that surrealist platform, romantic expressionism and a mystical thinking give flesh to his paintings. He directly paints his oil paintings on canvas without prior sketch work.
“Love & Love” consists of most recent works of Ertuğrul Ateş. The concept of “Love” has always been a topic of interrogation, a phenomenon sought to be understood and defined by all artist and thinkers of all times. What is “Love”? Who is the “Lover”? The artist sets forth this journey knowing that it is an infinite, never ending search, and asking the question: Which “Love”? And looks to his inner self, searching the “Love” as a “Lover” himself. In this spiritual journey in search of answers to that challenging question the artist oscillates between the “sacred love” and “worldly love”: answers never to be found. Perhaps the point is the “journey” itself, rather than the answers, he concludes, thus he conveys what he founds at breathing points, and gives us some clues about this journey.

ABOUT THE ARTIST
Ertuğrul Ateş was born in 1954 at Adana.
He was graduated from Gazi Eğitim Institute, Painting Department in 1976 and at the same year he went to England and continued his works and education in London Kingsway Princeton College and Bethnal Green Institute until 1979.
His first exhibition has opened in 1980 at Istanbul. He continued his works in Istanbul until 1987, and then he went to USA to settle in New York.
In 1988, he signed a contract with a group of ten collectors led by Ahmet Ertegün.
He has been accepted to Terry Dintenfass Gallery, which is one of the renowned 57th street galleries.
He has also been accepted to "Rising Artists" exhibition in Chicago Modern Arts Museum.
He organized several exhibitions in Miami, Dallas, Los Angeles, Chicago, Palm Beach, Boston, South Hampton, Barcelona, Copenhagen, New York and Beijing.
In 2003, he staged Hürrem Sultan Dance Show.
The artist lives in Turkey since 2005.

You can watch the exhibition on Turkey’s first online art television: www.ekavart.tv