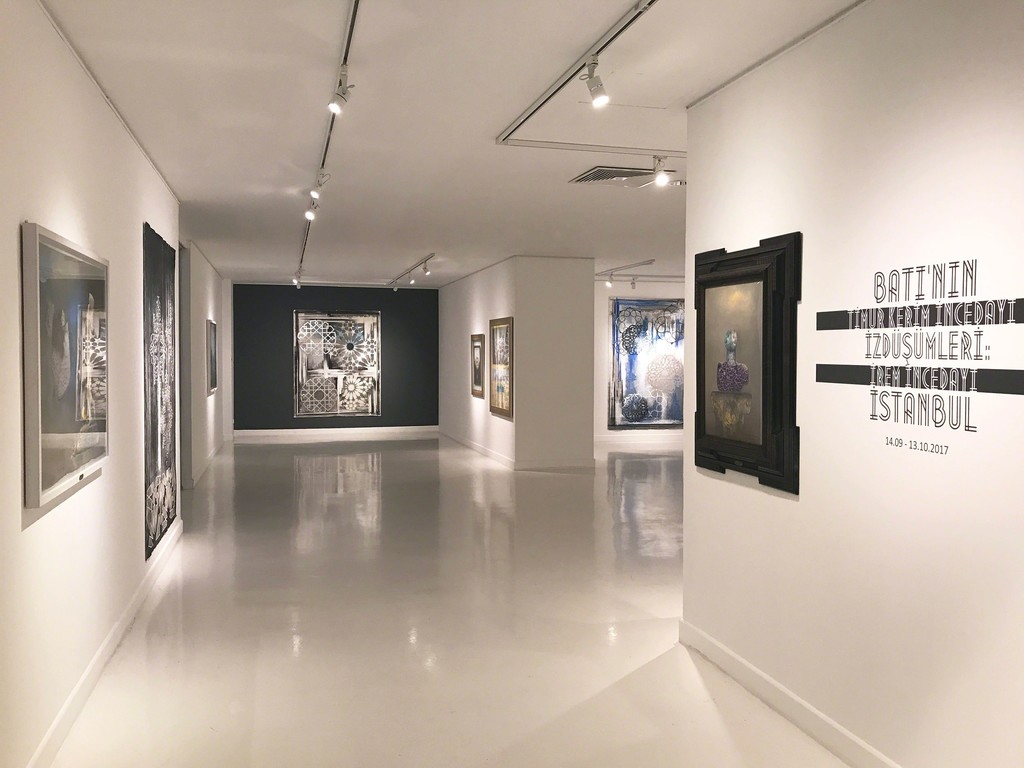 EKAV / Education, Culture and Research Foundation, simultaneously with the 15th İstanbul Biennial, the Turkish pioneer of the “Metropolismo” movement, Timur Kerim Incedayı from our world famous painters with his daughter İrem İncedayı is hosting an exhibition that is named “Projections of the West: İstanbul” between September 14 - October 13, 2017 at the Ekavart Gallery.

The “Projections of the West: İstanbul” exhibition, which was realized by two artists from the same studio and family, but from different disciplines and generation, created with their own unique language and techniques, is a bridge between the East and the West where a great past faces a much bigger future. It is the respect for the glory of the city.

This exhibition that is blending East and West in a mythical ideal, Timur Kerim İncedayı, who lived in Italy for over 50 years, explains the Byzantine, Constantinople and İstanbul in the steamy glory of the Bosphorus, with the art and culture of the Ottoman Empire.

İrem İncedayı’s large canvases reveal the majolicas (Italian tiles), the mosques and palaces of the sultan’s projections with light plays and contrasts that reflect today’s İstanbul.

In the works of the artists, the cultural density of the reference points, like a magical mirror, is reflected infinitely, as in a magical mirror game: this is the metropolis of light and beauty is the representation of the city of İstanbul.

To download the press kit to your computer:
www.ekavartgallery.com/assets/batininizdusumleriistanbul_basin-kiti.zip

You can also follow the exhibition from Turkey’s first online art television www.arttv.com.tr