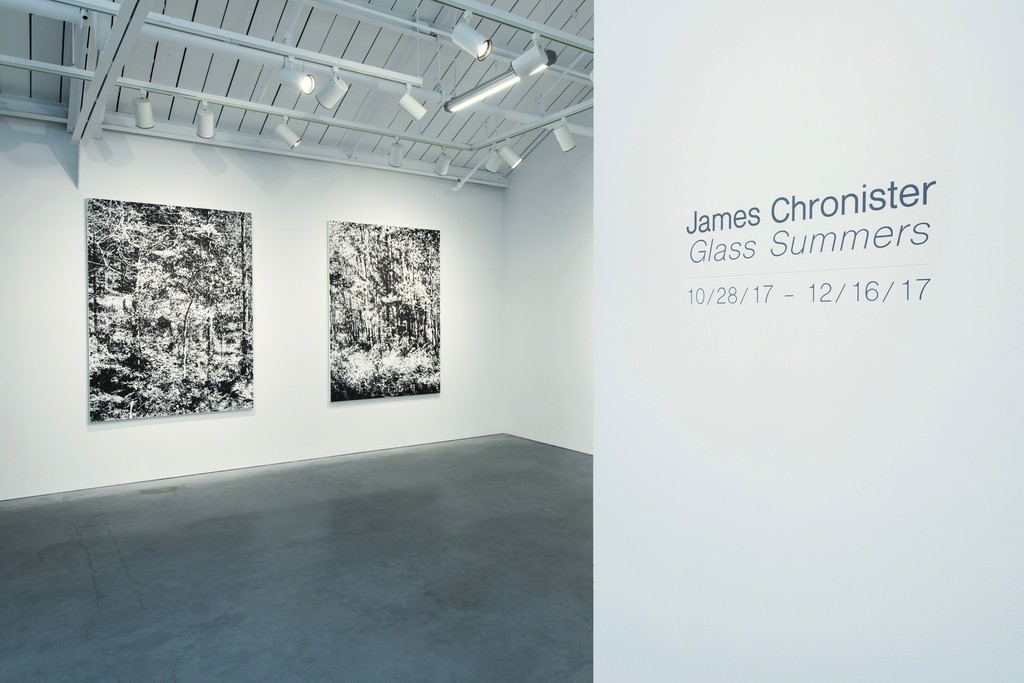 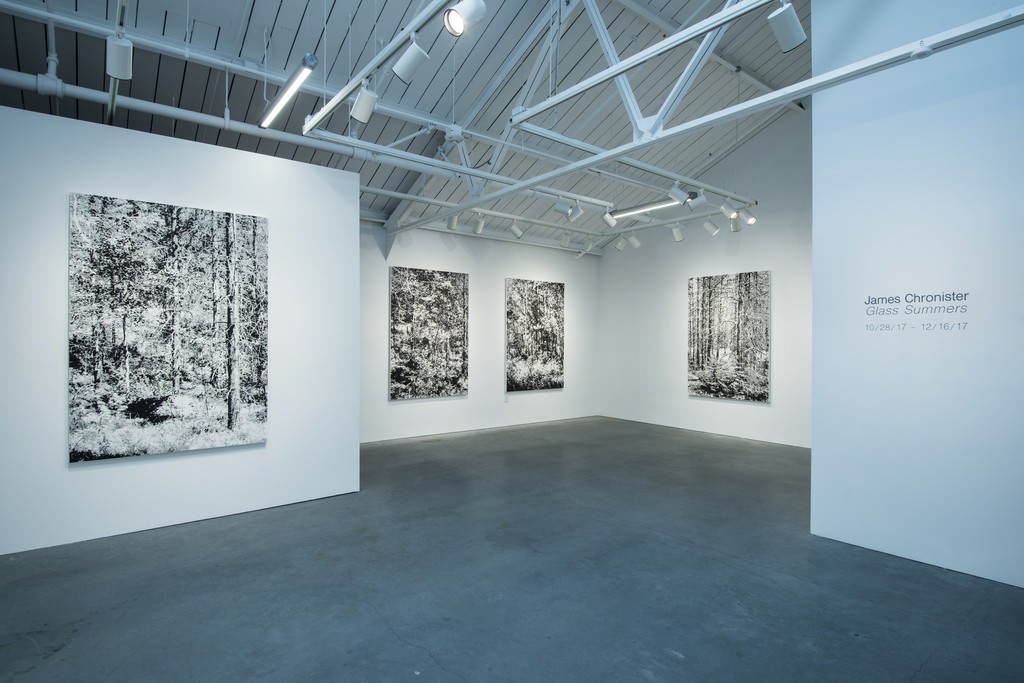 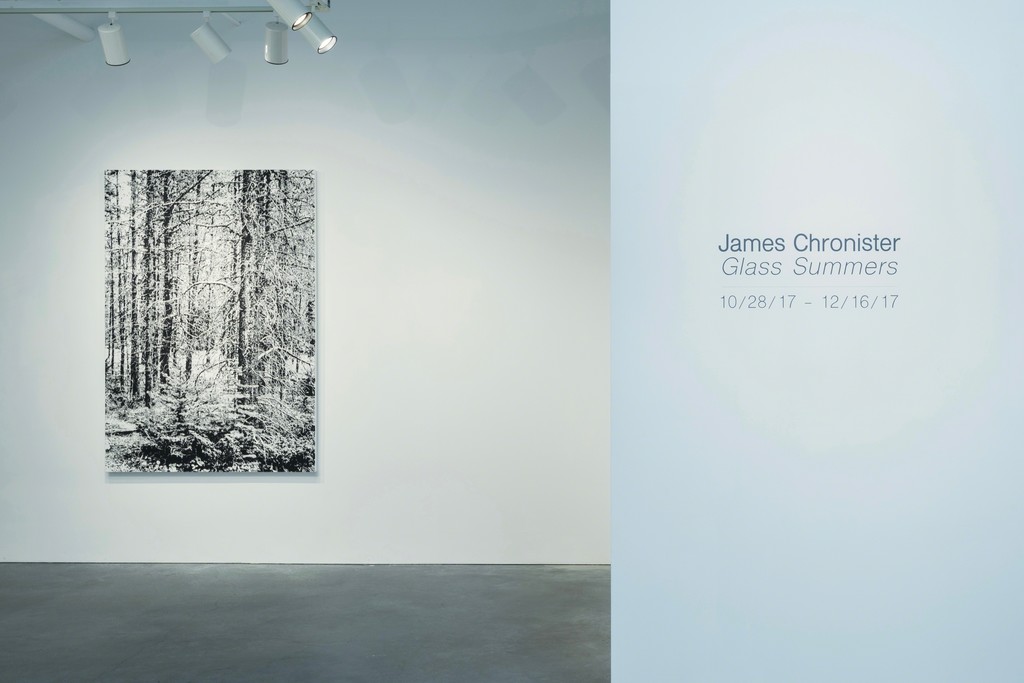 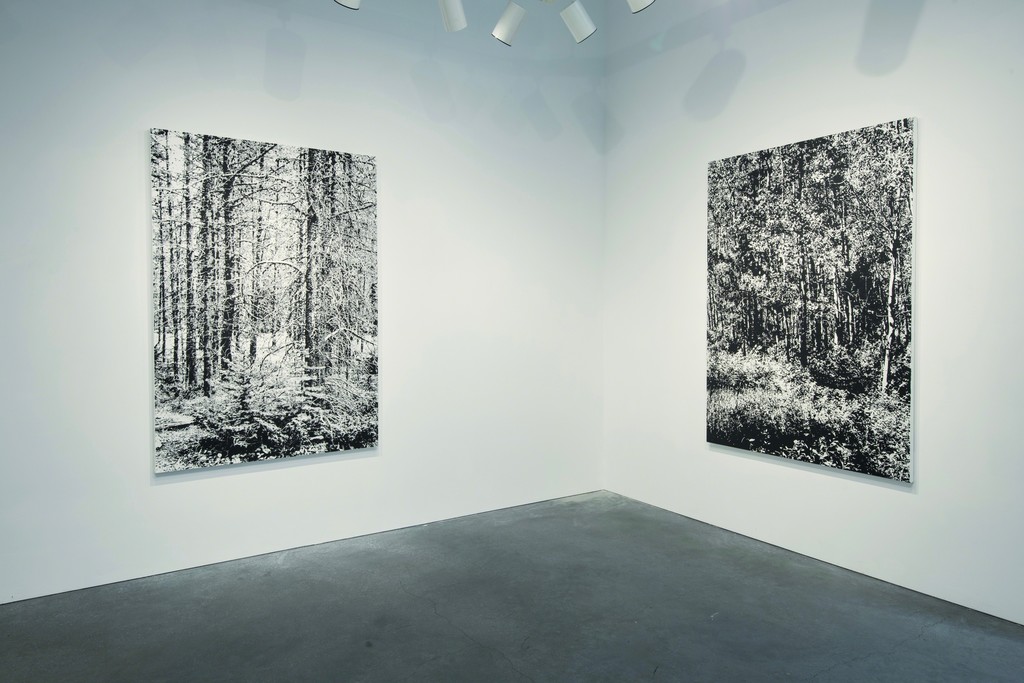 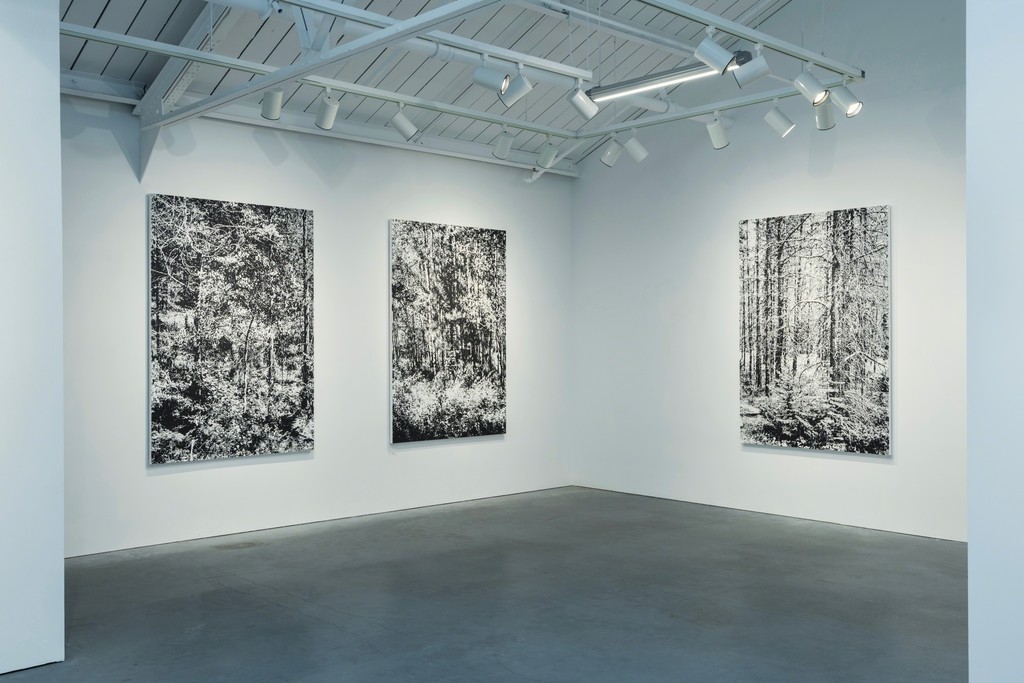 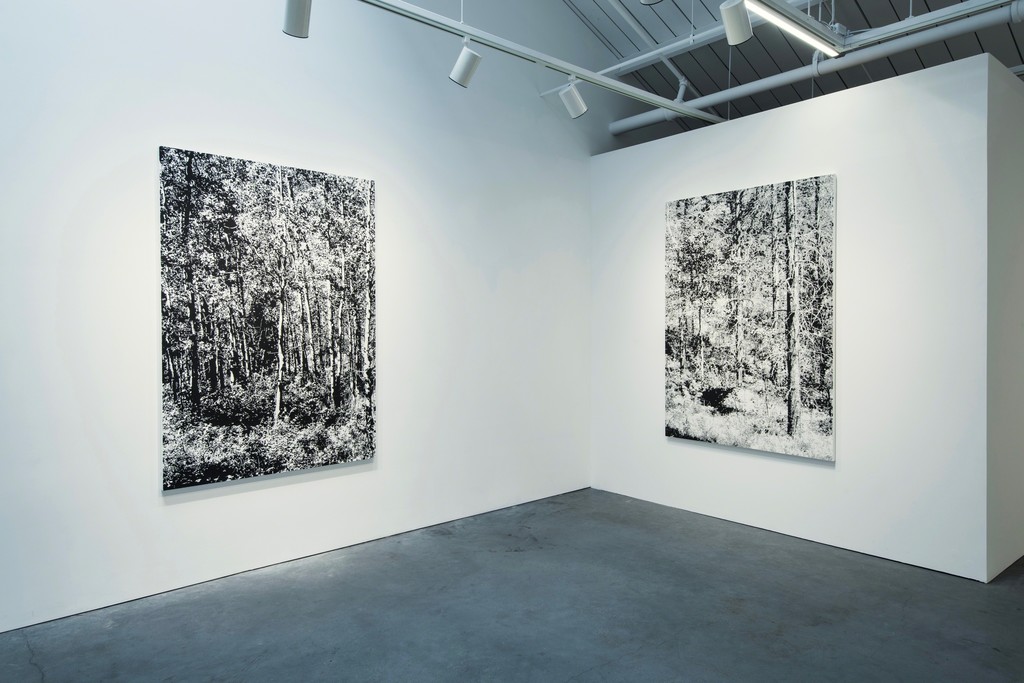 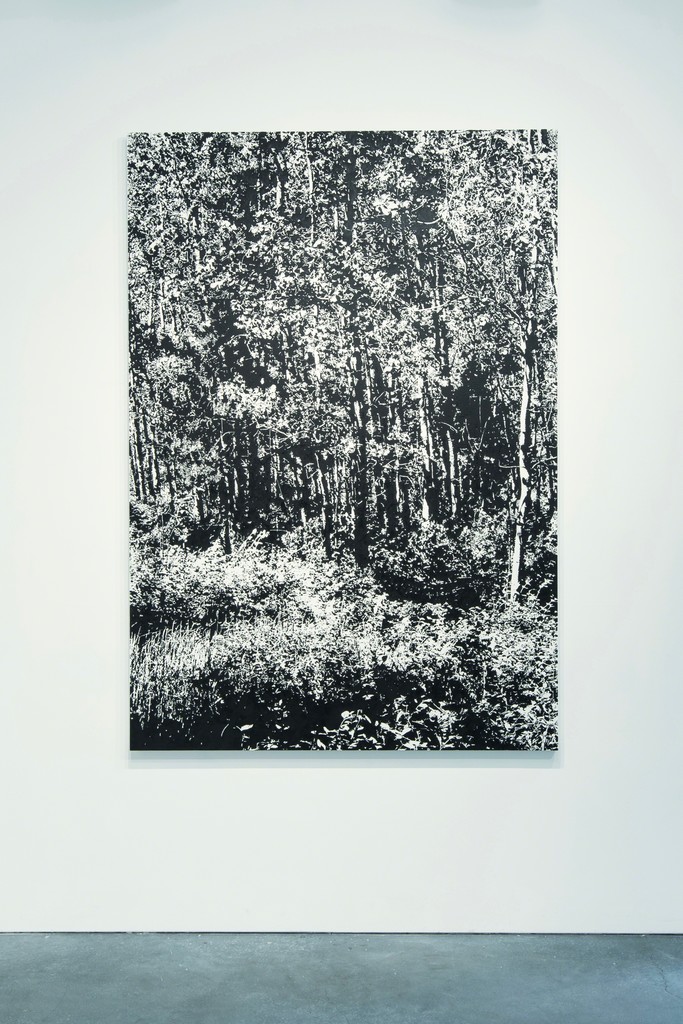 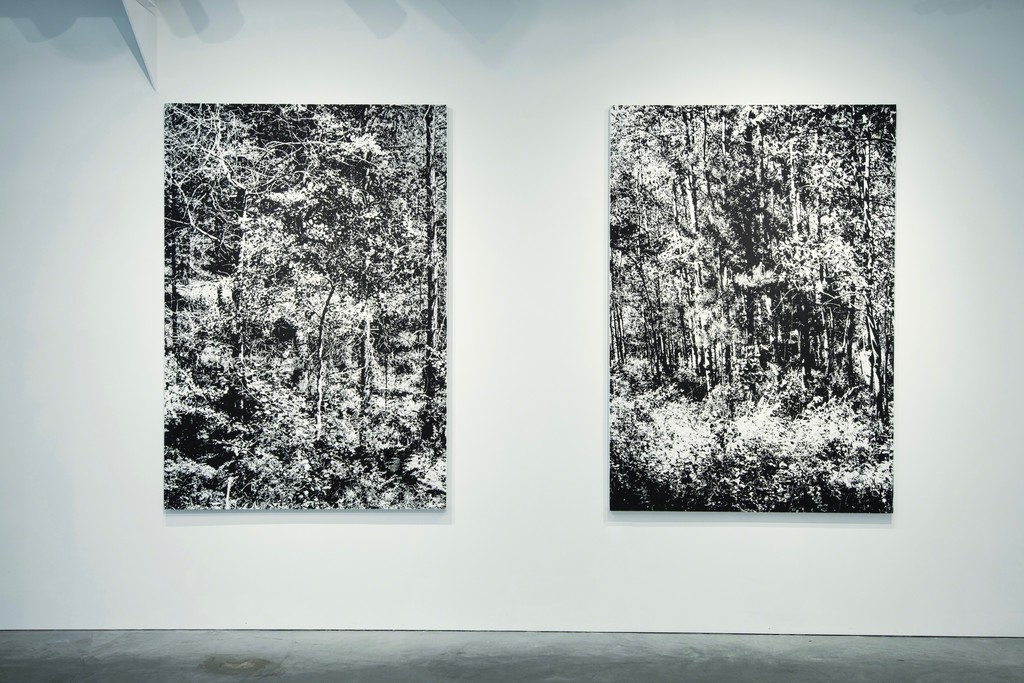 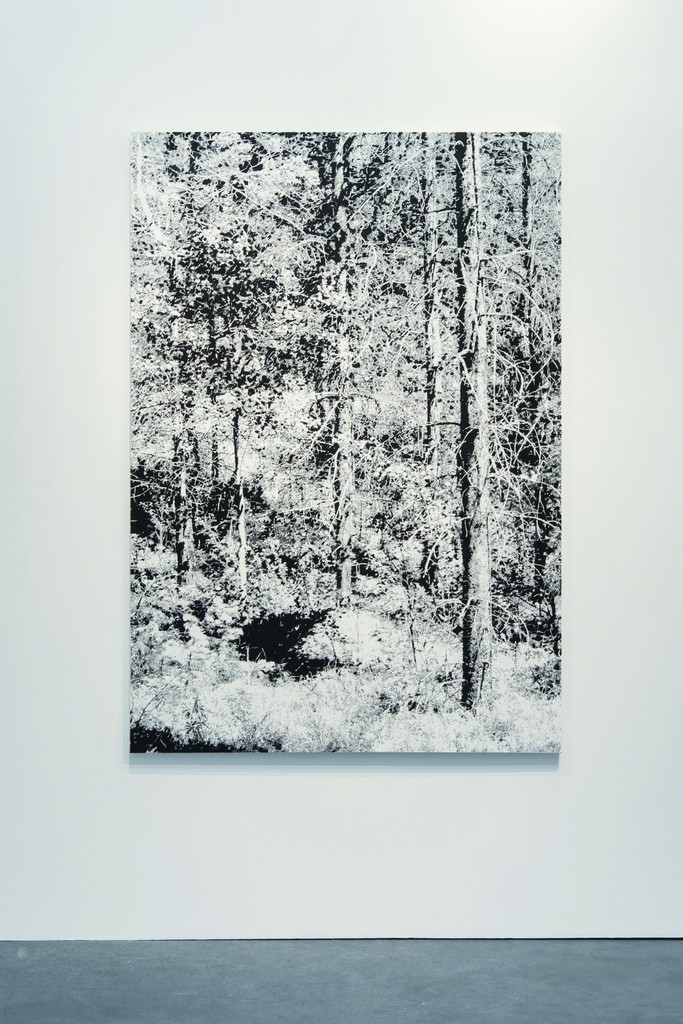 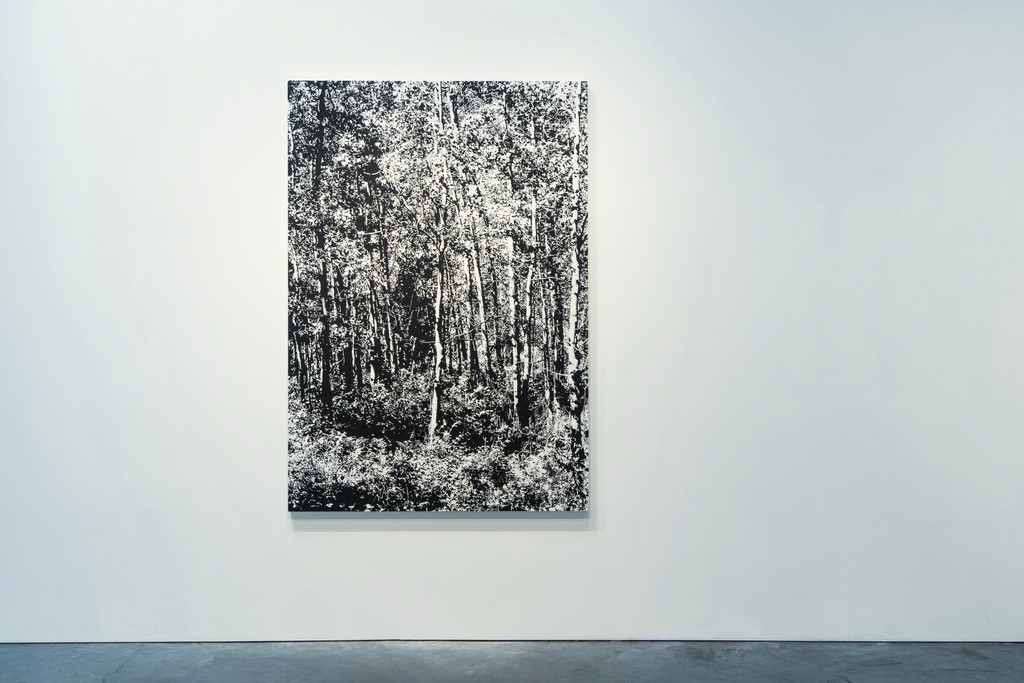 September 21st, 2017 (San Francisco, CA) — Eleanor Harwood Gallery is pleased to present Glass Summers, our fifth solo show with James Chronister.
For Glass Summers, Chronister made six human-sized paintings based on snapshots taken outside of his hometown of Helena, Montana. Chronister moved to San Francisco in 2002 for his MFA and has been here since.

In this body of work, Chronister mines his memories and sense of place drawing from the geography of his childhood and adolescence. He hopes to depict concurrent physical and psychological space, akin to music or sound. He is interested in the viewer having an experience of being in the natural world. Chronsiter states that “when alone in a forest, one often feels the silence, as well as witnesses the chaotic busyness of trees, shrubs and bushes. In these works I strive to make a connection between the visual and the auditory. I want the images to behave like sound in the way that one can almost hear the forest.”

Glass Summers is a return to Chronister’s meticulous work of using a tiny brush to apply oil paint to canvas, working on minuscule areas of the painting at any given time. Using thinned oil paint, Chronister essentially draws in the image, one gridded off portion at a time, until the entire surface is covered with a photographic level of detail. In a shift from previous works Chronister added in some line work to achieve mid-tones. The process of replication from a projection of his own photographs points to his interest in exploring the shift of an image across various mediums. In previous bodies of work, the alignment of the paint referred to a ben-day dot pattern, and was also a reproduction of found photographs rendered in oil paint. In a subsequent exhibit, “Better Bowls, More Crackers”, Chronister experimented with moving into total abstraction. Those paintings also played with concepts of repetition and copying his own work across a series of near identical paintings.
The intensity of the labor needed to produce these paintings begs the question: Why? Why revisit the forests of his youth and spend hour upon hour in the dark in his studio to make these intensely difficult oil paintings. Perhaps the labor-intensive process points to a desire for an immersive nostalgia and a wish to recreate spaces that were Chronister’s first experiences of solitude and autonomy? The solitude of his studio practice starts to mirror the solitude of a very long forest walk. In the act of painting, he recreates his experience of being present, fully engaged, listening in a forest.