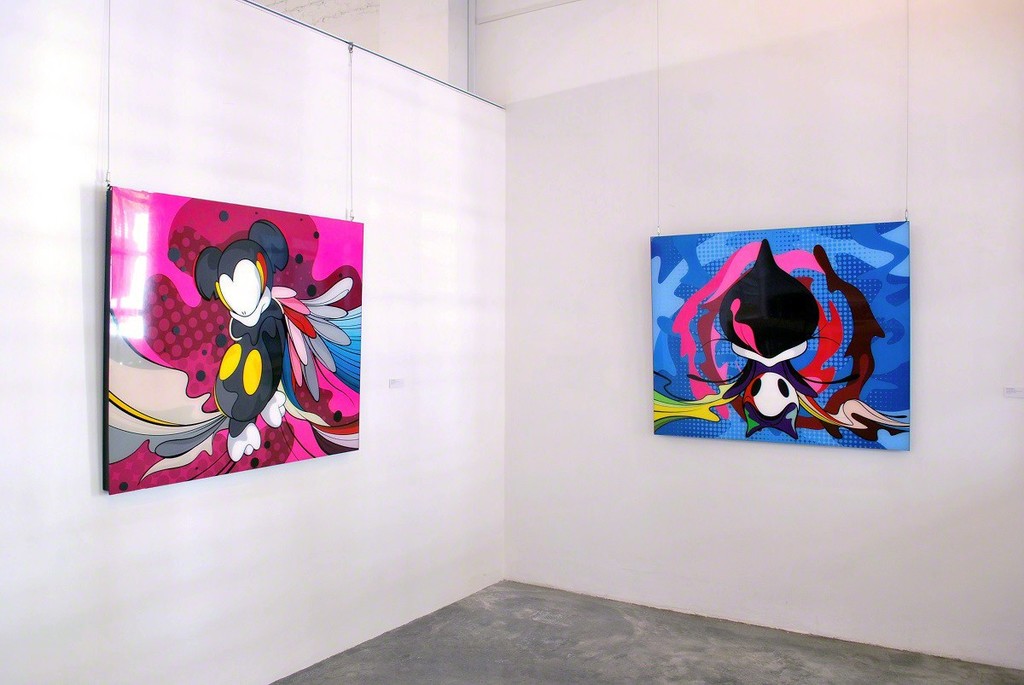 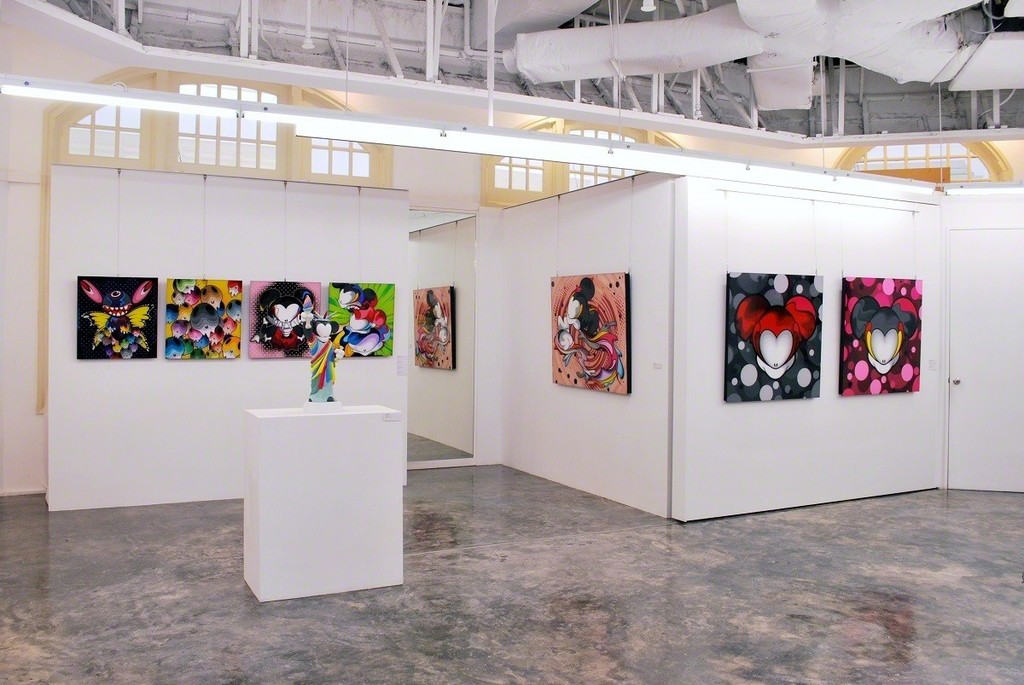 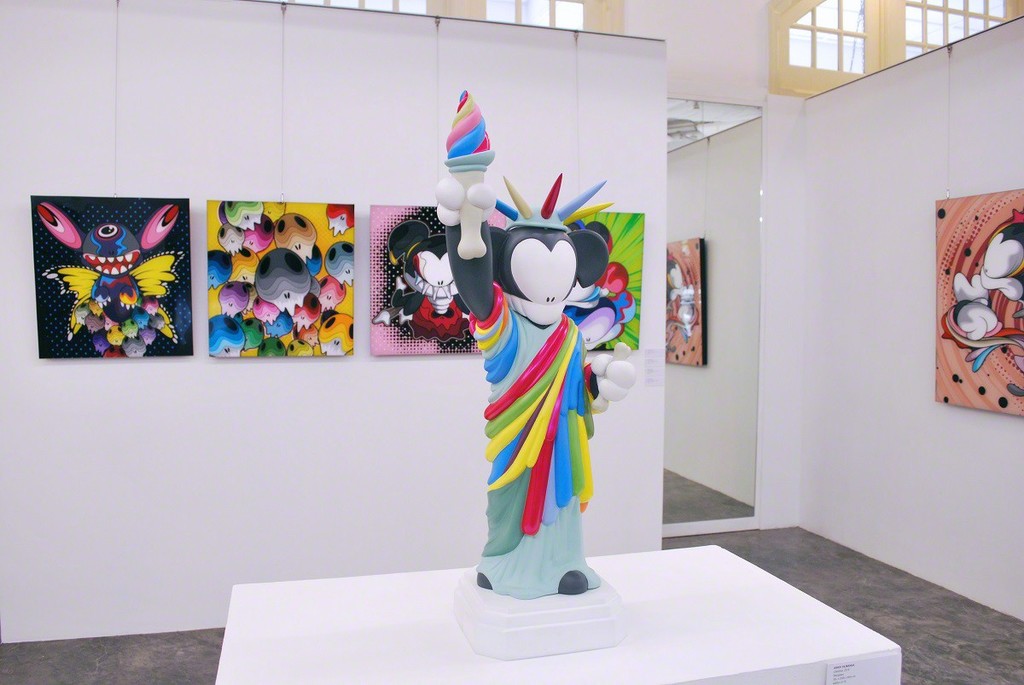 Element Art Space is pleased to present “Future, Present and Past,” the third Singapore solo exhibition by Arkiv Vilmansa.

Since his debut in 2005, Vilmansa’s works have been featured in galleries in US, Germany, Australia and Indonesia, and he has collaborated with artists and companies such as Huck Gee, Disney, Something.Ill, Pot Meets Pop, Adfunture, Plastic Culture and My Tummy Toys. Vilmansa pegs childhood characters and his architecture background as significant influences on his art. “I like a few animals that have an aura of evil and (are) also funny,” he said, citing Mickey Mouse, pandas and killer whales as examples which helped spawn his iconic “Mickiv” character. Over the past several years, Vilmansa’s iconic character, “Mickiv,” has made the artist a household name within the lowbrow art and toy culture scene in US and Indonesia.

In his first solo exhibition in Singapore, Vilmansa will debut his newest technique of multi-layering paints on acrylic plastic sheets. The works will introduce new characters and continue to explore his unique style of combining the surreal and theatrical with playful and whimsical caricature.
As the title suggests, the exhibition is centralised on the theme of mortality and life as framed with time. An artwork is a product of its era. Time and place position the work, spark its initial idea, nurture its many transformations until that idea solidifies and turns into a form. This spatio-temporal frame implies that the work is a historical being—it is a living being, breathing and vibrating, intimately entwined with the pulsations of its era. Through experiencing time and place, we make sense of our every day world, a world full of forgotten images that already existed in the past, made in the present and will be produced in the future.

"Future, Present and Past" is composed of 17 artworks and will run from 16 January - 15 February 2015.
Arkiv Vilmansa was born in Indonesia on 17 December 1979. He obtained a bachelor degree from Parhyangan University in Architecture. He began his artistic journey in 2010 and had his first solo exhibition in Jakarta, Indonesia. He has had many exhibitions in overseas including USA, Italy, France, Australia, Philippines and Malaysia. Recent solo exhibitions include Mae Gallery, Tokyo, Japan; Young Art Taipei Group Show, Taipei, Taiwan and Vivi Yip Art Room, Jakarta, Indonesia.