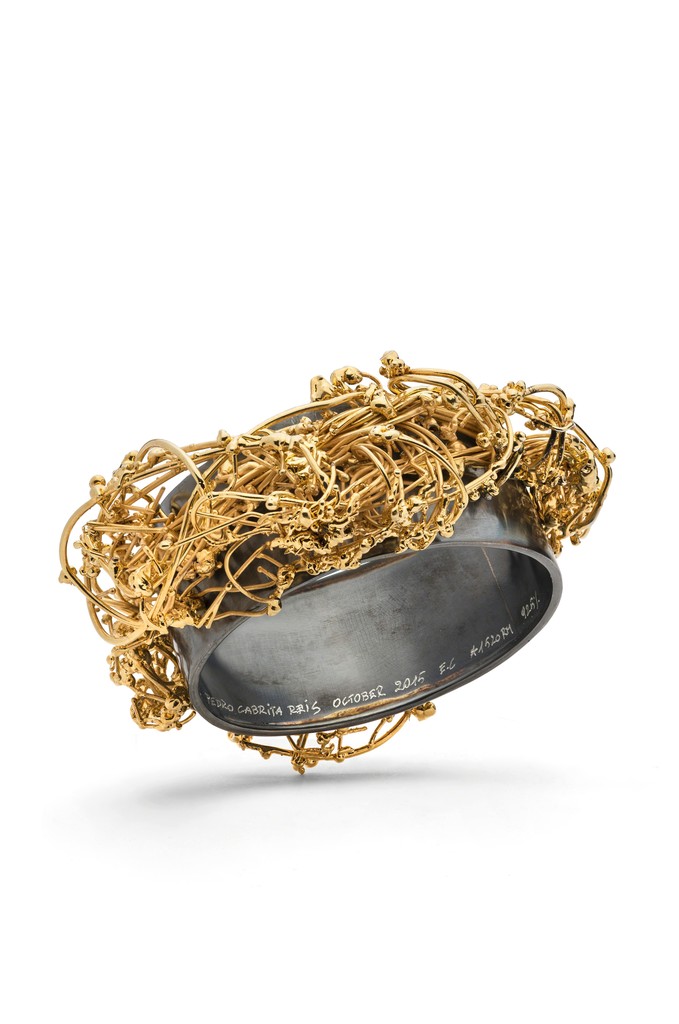 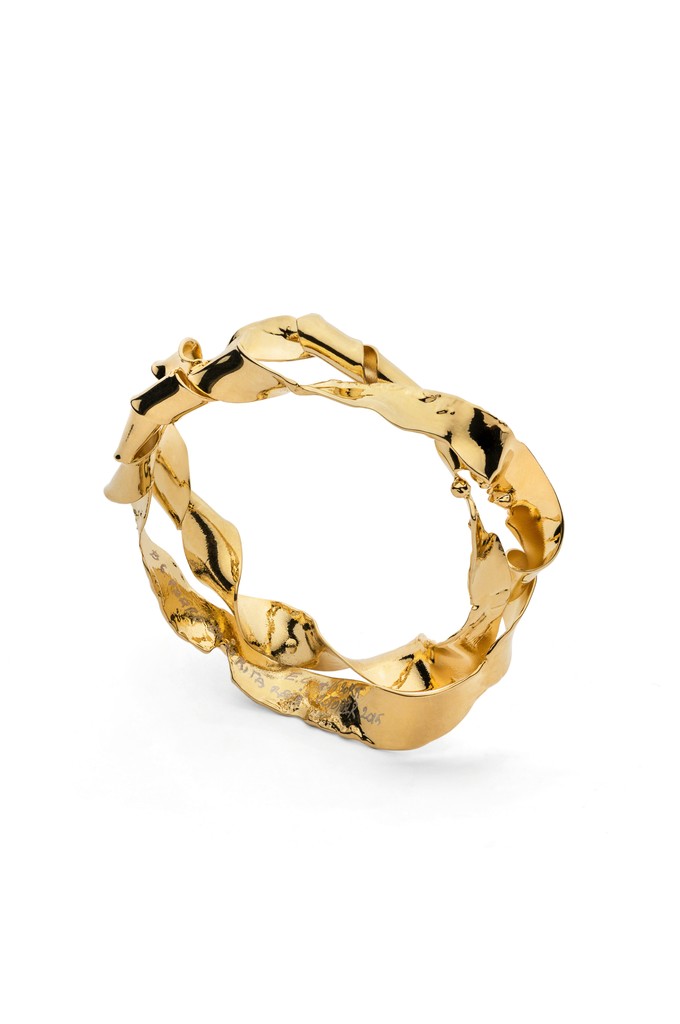 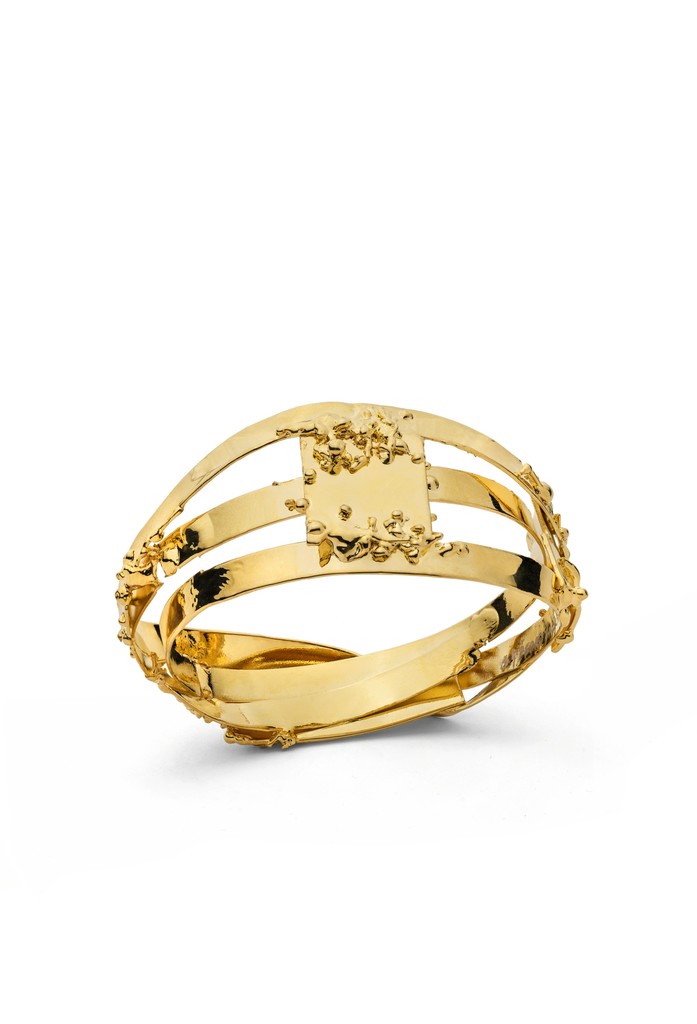 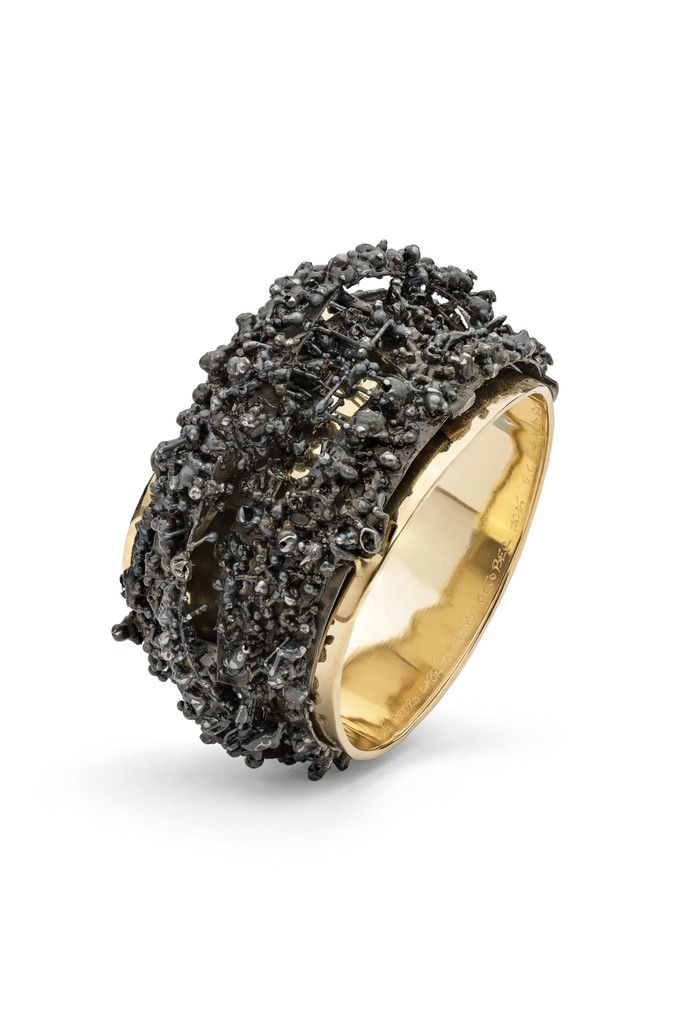 A letter to Elisabetta Cipriani
Dear E,
I was never attracted by jewels. I’ve told you this several times. In the end perhaps that’s why I’ decided to accept your provocation? Challenge? Invitation? Or perhaps you just knew that I wouldn’t resist doing something new, exploring most of all my limits, my inclinations, my prejudices and why not admit it, my fetishisms. During the process of making these pieces there was a somehow omnipresent, vague and yet entangling eroticism as if bending, twisting, welding was a caress.
There is no difference in doing a jewel, a sculpture or a drawing. At least not for me. I’m a painter that, after all, does many other things but always with that strange but intense emotion of the first moment.
With these bracelets, such a moment was the anticipation of the encounter between the metal and the body, the harsh and the gentle.
Vitality of life comes of its contradictions, antagonisms, its permanent tension, a stream of clashes.
In art, like in life, harmony is fragile in appearance, and, in the pieces I’ve created for you, gold and iron, light and darkness, are the raw materials, the origin of that vitality. They have to be worn by women with the very same vitality. I’ve made it for them.
Pedro
(Pedro Cabrita Reis)
Lisbon, 19 September 2015

B by Pedro Cabrita Reis will feature seven unique bracelets made in iron and 18 karat yellow gold.