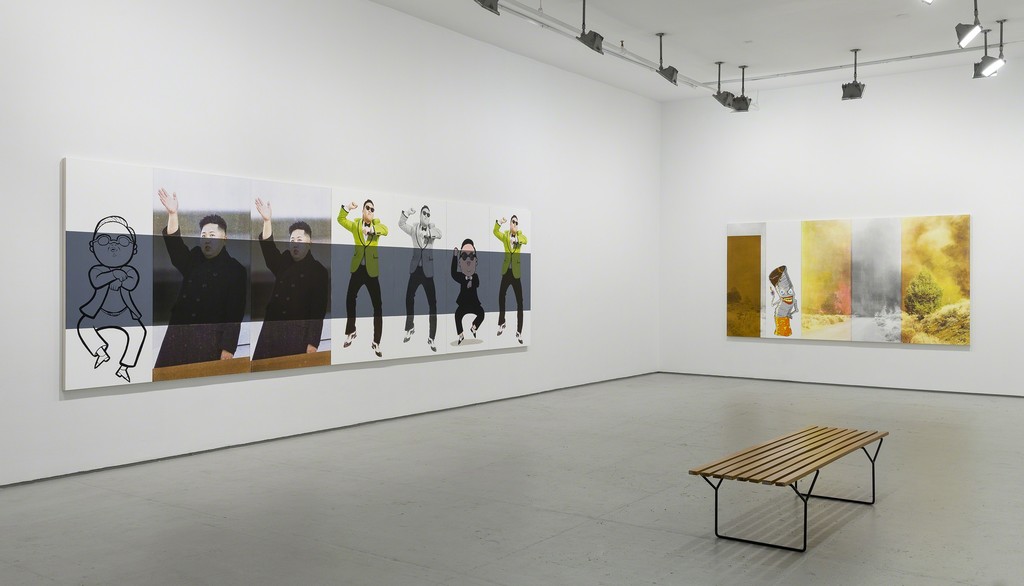 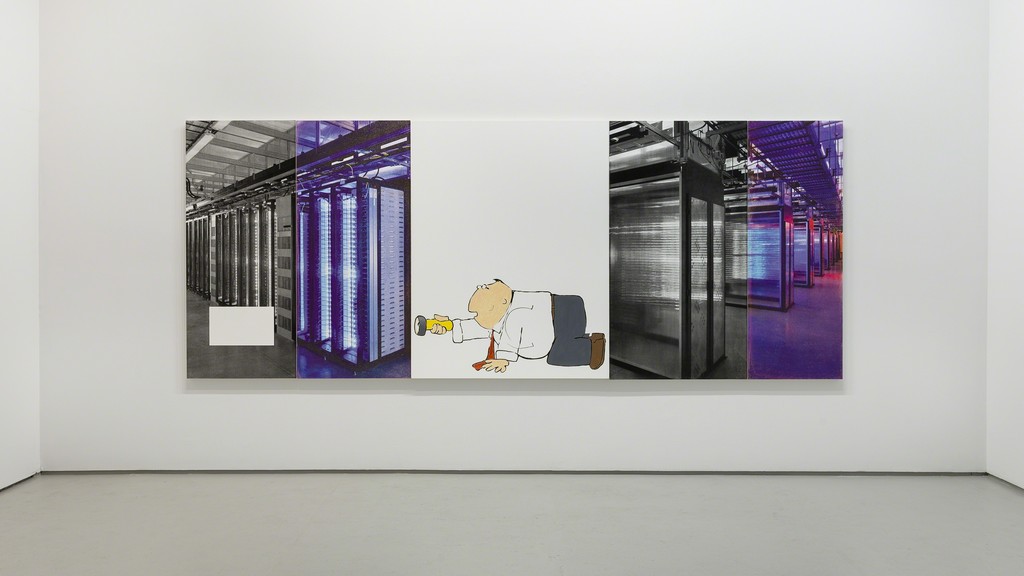 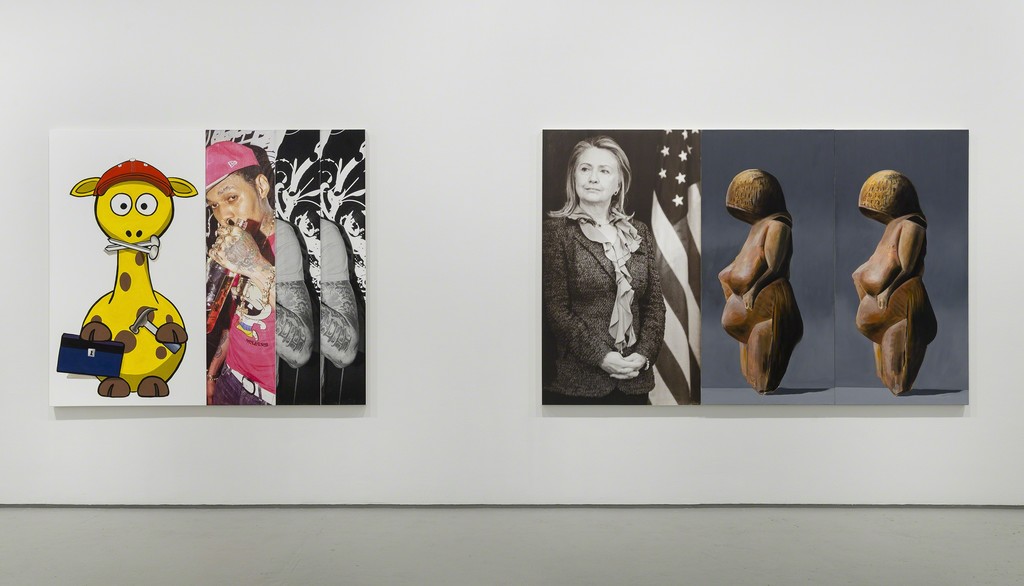 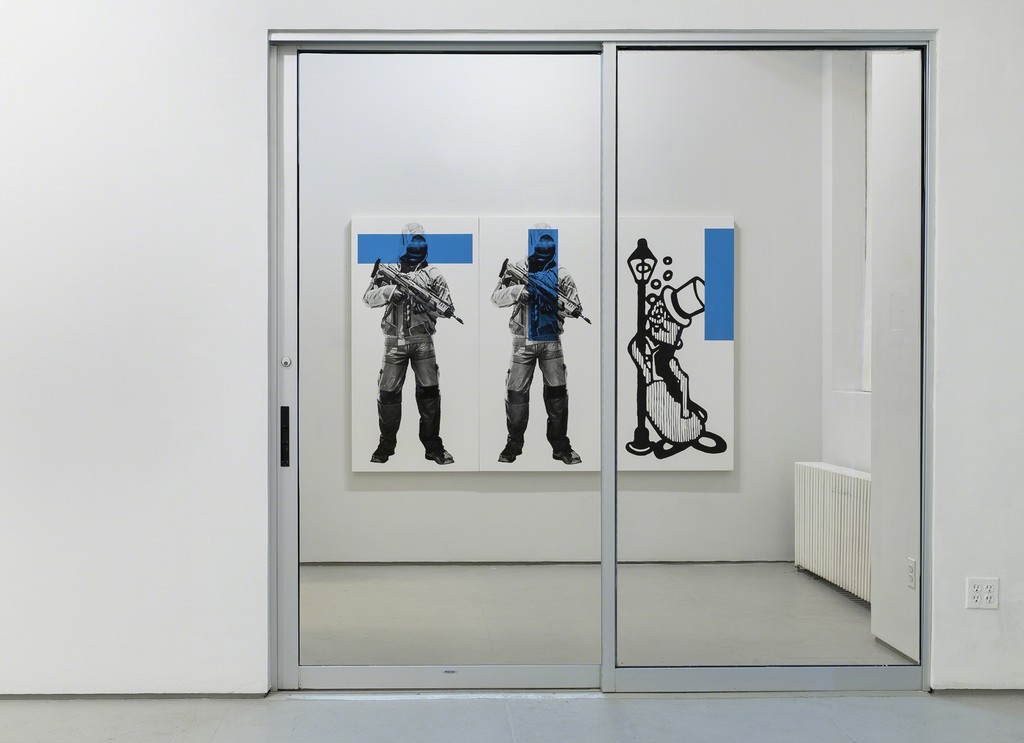 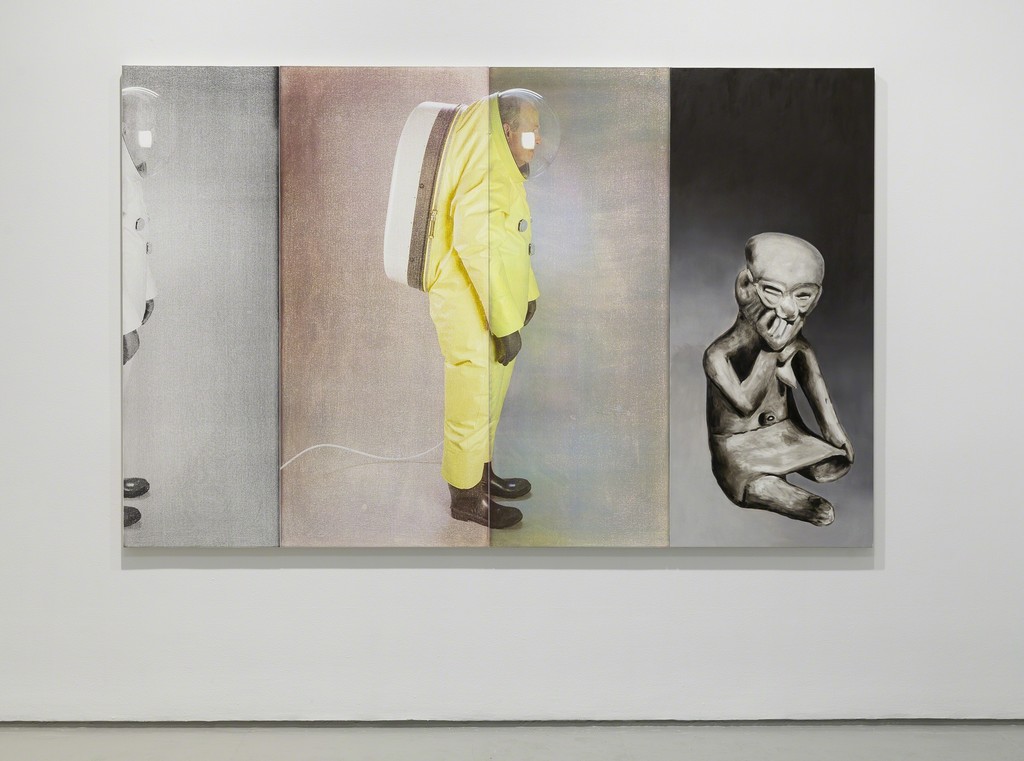 Elizabeth Dee is honored to present EMPOWERMENT, a new exhibition of recent paintings by Julia Wachtel. The exhibition opens on Saturday, May 16th, with a reception from 6-8pm, and continues through June 27th.

Having emerged onto the New York scene alongside the Pictures Generation, Wachtel has become a respected pioneer among a generation of artists interested in media’s impact on the broader social and psychological fabric. With the rise of digital dominance in recent decades, Julia Wachtel has continued to distinguish her work beyond the tropes of Critical Pop and appropriation. Her newest works in this exhibition speak directly to the changing face of culture, power and political authority.

In EMPOWERMENT, Wachtel offers several interconnected propositions in her paintings that question what history might look like in real time, linking and juxtaposing inevitable oppositions in ways that challenge and unsettle the viewer. Questions around power and value establish the core framework of these groundbreaking works. Further themes emerge--information and data, the disintegration of conventional institutional authority, as well as political dominance through organized violence.

The largest work in the show contains a serial image silkscreen of Kim Jong-un and a cartoon of South Korean pop star Psy in a work entitled Stripe. The work is sourced from ‘how-to-draw’ memes of Psy from his video “Gangnam Style”, which was released in 2012, and remains the most widely viewed video in the history of YouTube. The painting pairs the dictator of a brutal repressive state who has aspirations of world dominance; with a pop star whose video did in fact achieve a kind of cultural world domination. The work explores ideas about mutation and reproduction that are byproducts of user-created meme culture. It should be noted that the painting was completed before the controversy surrounding North Korea and the movie “The Interview”. The title refers to the graphic stripe that runs through all the panels, uniting them.

After making Stripe, Wachtel wanted to make another painting, but of a political figure she admired. In Sprit, the silkscreen image is of Hillary Clinton. The painted panels are of a “Venus” figure, specifically the Kostenki Venus dating back to 21,000 B.C. The objects are some of the earliest examples of pre-historic art, and symbolizes the female power of potency.

Issues around authority have often sat outside the conventional box of Wachtel’s work. In The Dissipation of Authority, the image is from a video game called Killzone. The cartoon character is from a vintage logo from a sausage company. The painting alludes to the decentralized aspect of “authority” and control in the hands of violent terrorists’ organizations, as well as in the virtual control of game consoles in kid’s bedrooms. The cartoon is perhaps the exhausted drunk individual completely disenfranchised from any power.

Compression is a fractured, multi-part painting of the Jamaican rapper, Kartel. He is wearing a cartoon t-shirt, covered in tattoos and bling. The cartoon is of a giraffe carpenter. The painting defies any easy identification. The cartoon is holding both a hammer and a briefcase and is thus a “productive” character. In contrast, another large work in the show, The Execution of Abstraction is of a giant super server, the kind that mega corporations and institutions (e.g. Google/NSA) employ. The acquisition and control of massive data is arguably what constitutes power on every level in the global environment, both political and financial. The cartoon character is on his knees searching with a flashlight. A few panels to the left is an empty rectangle of white. Is it a beam of light emanating from the flashlight, a data point, or a grammatical reduction to the basic language of painting? The question is open ended and loops back to the painting's title.

Time and Again centers on a silkscreen image from NASA in 1996 of an Ames Hazmat Suit. The hand-painted image is of a pre-Columbian artifact. This is a poetic, if not literary title that speaks to the arc of history, and the cyclic and repetitive nature of civilizations to emerge and die. The Hazmat suit references the destructive nature of human activity and our attempt to control it, as well as the aspirational aspects of NASA and the search for societies elsewhere. Wild, the most epic and powerfully subtle of the silkscreen images references a fire in California. The cartoon character is in the image of a cigarette taken from the Internet, provoking the viewer with a lighter, and self-destructing. Themes of our impact on nature, both natural and behavioral, and the resilience of nature set the landscape for Wachtel’s thought provoking exhibition.