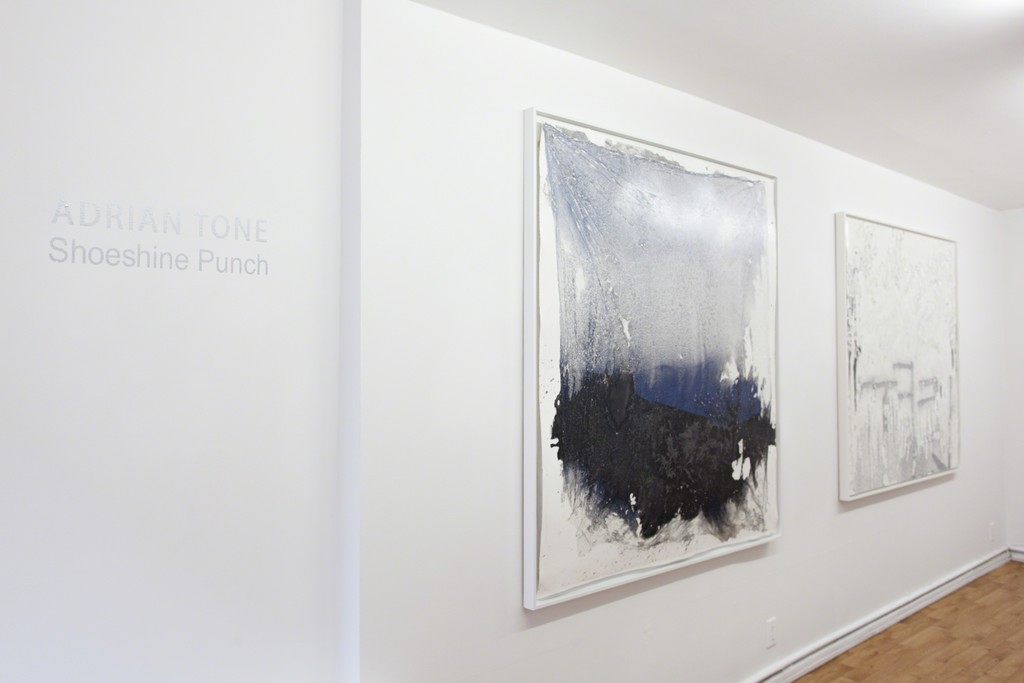 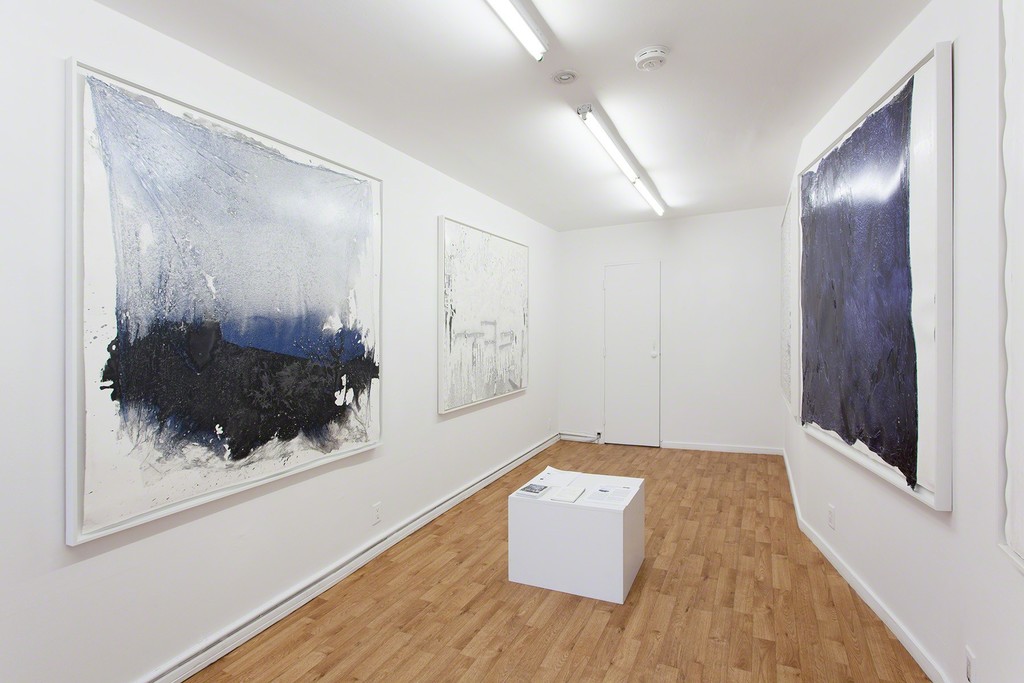 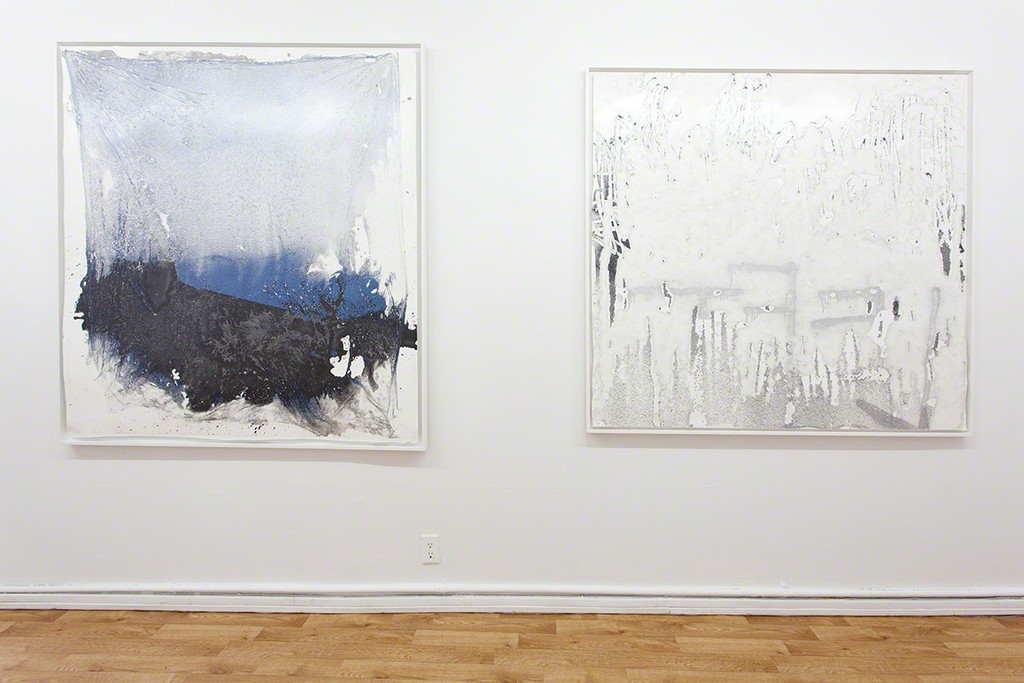 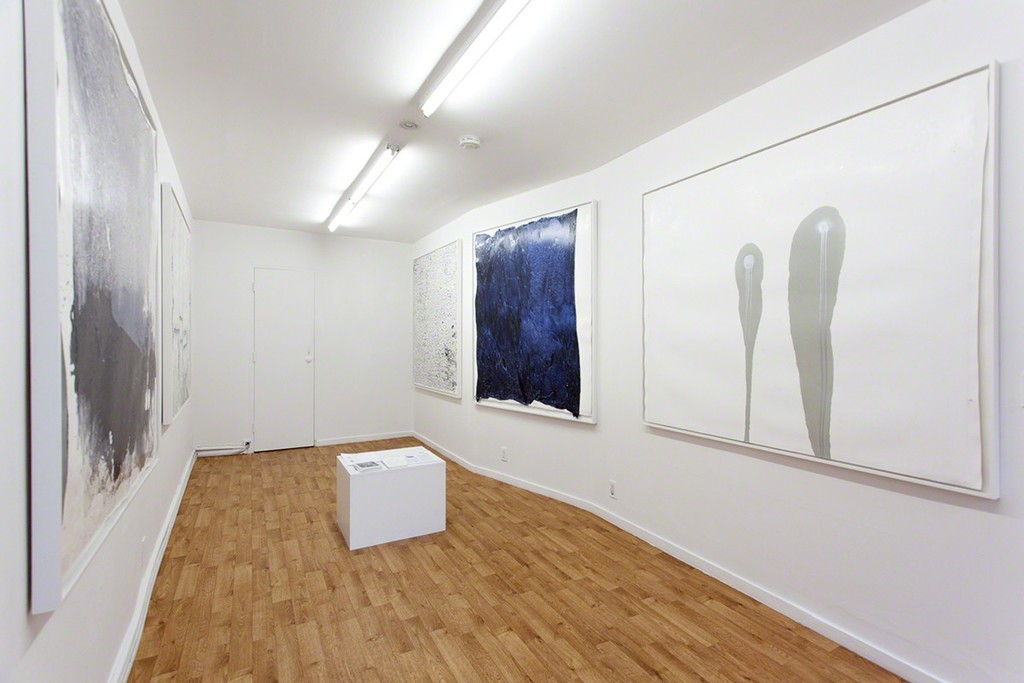 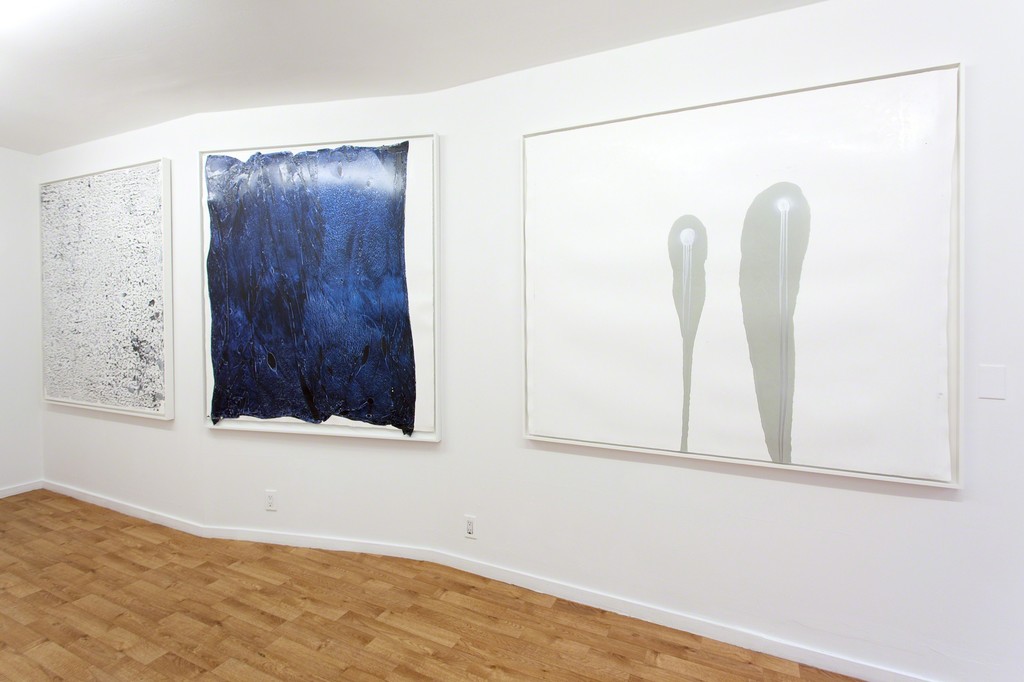 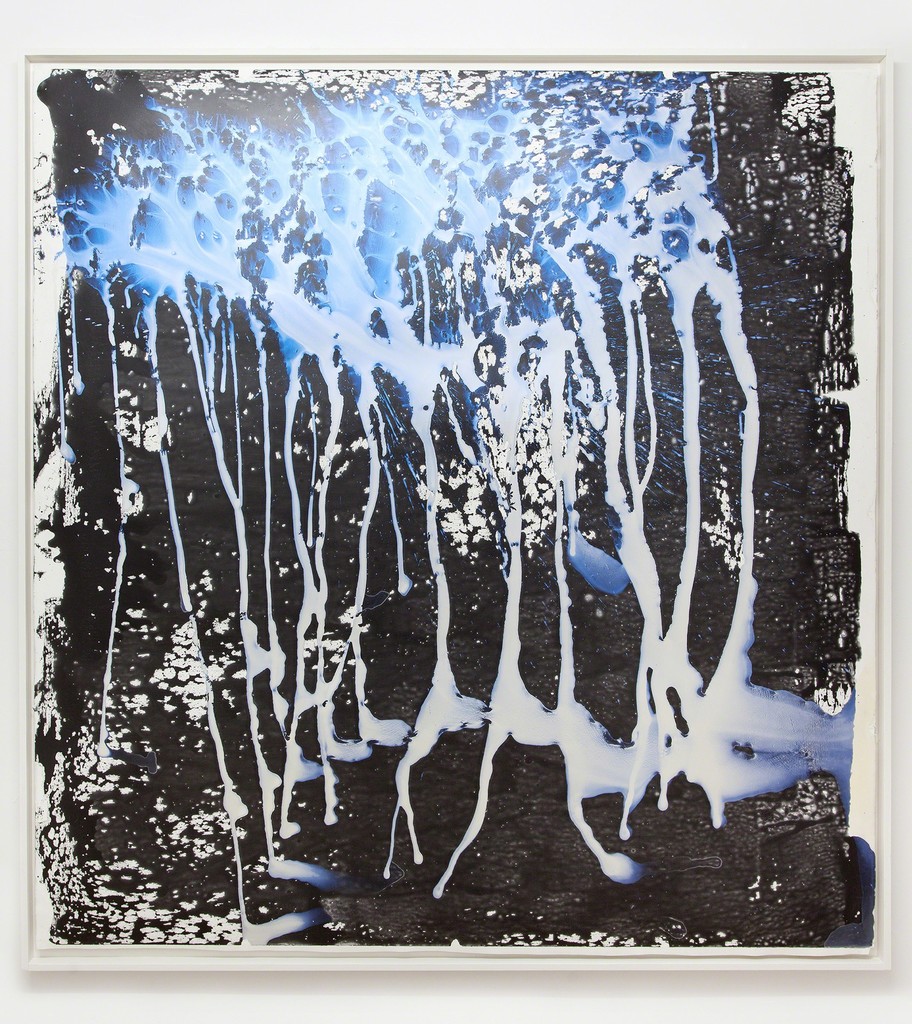 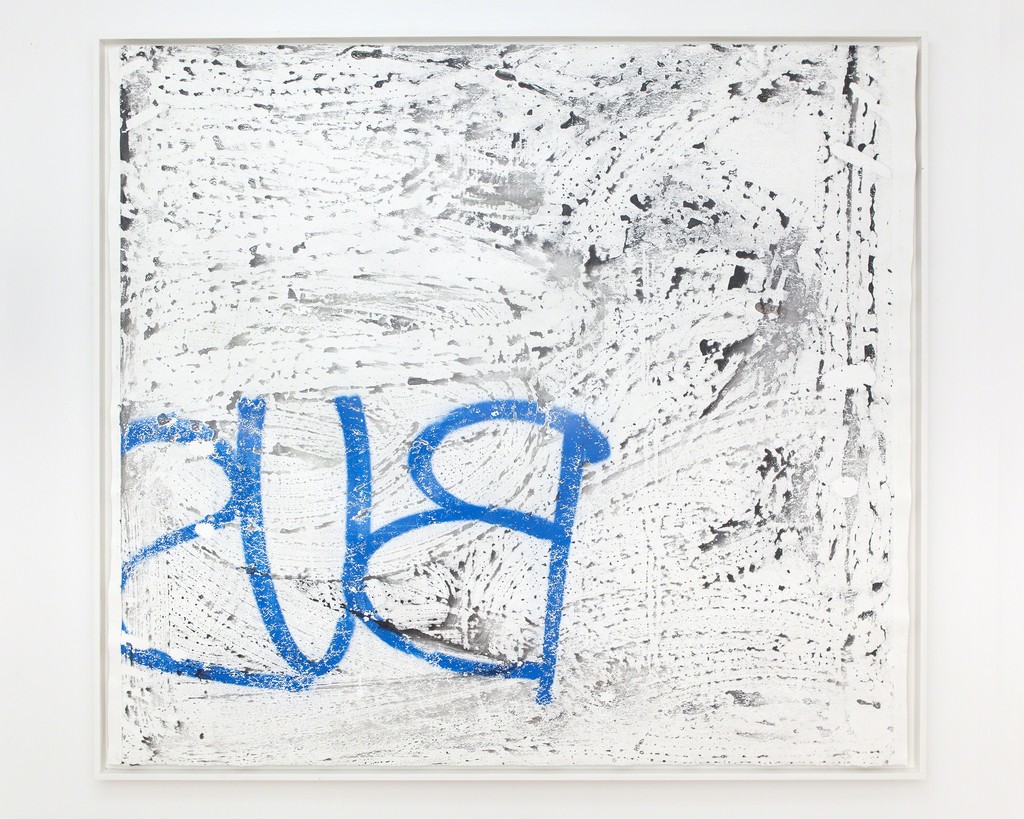 Elizabeth Houston Gallery is proud to present Shoeshine Punch, a solo exhibition by Adrian Tone.
Titled after the boxing technique, a shoeshine punch combination is a flurry of small punches emphasized by speed. Popularized by Sugar Ray Leonard, the shoeshine punch sets the stage for a final knockout. Quickly and spontaneously creating marks, Adrian Tone similarly takes a series of fast and deliberate movements to ultimately create his dramatic effect: large scale abstractions comprised of complex textures and shifting intensities of color.
Transforming existing forms to generate new ones and brusquely layering materials with rag applications, Tone achieves organic shapes and metallic passages that challenge conventional ideas of composition. Often off-center or escaping the confinement of the paper, the subject matter of each piece delivers an unidentifiable, yet captivating series of overpaintings.
In Untitled 11015, iridescent ground pigments and graphite work together to form a richness in blue values which seamlessly transition between the painting’s planes. Corners extending past the paper’s boundaries, establish a sense of movement and suspension in time. Not unlike Lynda Benglis’ physicality of forms, gestural folds and darkened areas appear as portals that achieve transcendent depths, while the wide array of materials render paint qualities present as something derived from nature.
January 27 – April 3, 2016
Opening Reception
January 27th, 6PM
Adrian Tone, Untitled 10015, 2015,
acrylic on watercolor paper, 63.5 x 58.5 inches
Through combining slate pigments with iridescence, Tone
establishes a dichotomy between industrial and naturally occurring substances. Using ground-up tires and spray paint, Tone pairs biomorphism with unexpected and synthetic materials.
The inclusion of text in Untitled 121515 creates an intentional
barrier between the piece and the viewer, adding an additional layer of surface tension and a sense of introspection.
Inspired by the appropriation of text as
subject matter by both Christopher Wool and Wendy White, Tone displays his text backwards. Alluding to urban influences of his past series and giving a nod to graffiti street art, Tone draws the viewer to the unusual configurations of his letters rather than just a literal interpretation of the word’s meaning. The result oscillates between verbal communication and pure imagery: is it a direction? a political statement? is this all that is left?
Simultaneously embracing and rejecting the expressive potential and formal traditions of painting, Shoeshine Punch addresses dystopian ideas, cataclysm, and
increasingly common environmental disasters. Equally dark and bright, the series portrays the process of escaping a difficult situation and observing the aftermath. Glimmers of light through the heavy coloration show a hopefulness looking forward. On view thru April 3.
About the artist
Adrian Tone attended The Chicago Institute of Art and received a Bachelor of Fine Arts in 2006. He later went on to earn a Masters of Fine Art in Painting from the Pratt Institute. In July 2015, Adrian was awarded a New York Foundation of the Arts Fellowship Grant for painting. Born in Bucharest, Romania, Adrian now lives in works in Brooklyn, New York.
For further inquiries regarding this exhibition, please email [email protected] or call 646.247.1657.
You can visit the gallery at 34 East 1st Street, New York, NY 10003 or online at www.elizabethhoustongallery.com