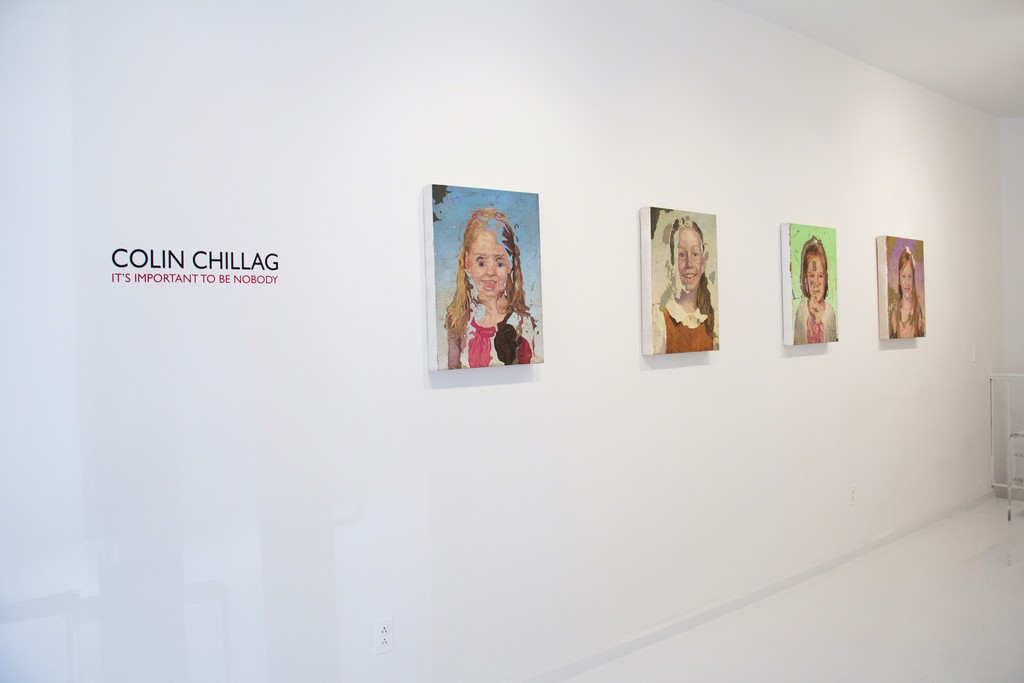 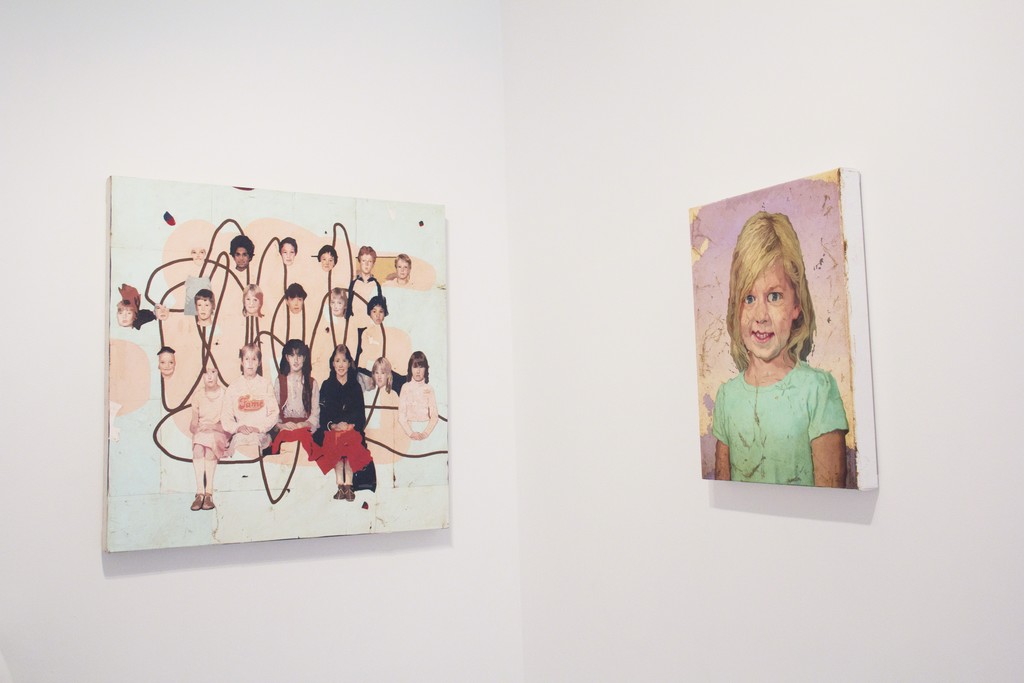 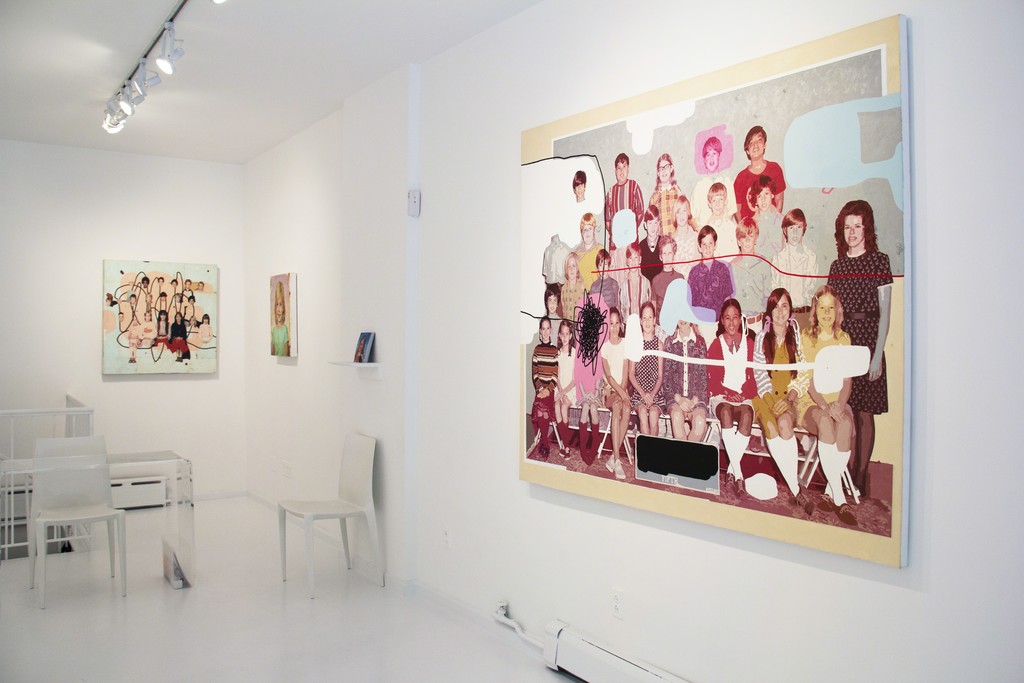 Navigating the social structure of the schoolyard is fraught with trauma for many young people, a
reality that is not lost on Phoenix-based painter Colin Chillag. For his first solo show in New York,
Chillag finds focus in the concept of being nobody, a take on both the Buddhist inspired interpretation
of nothingness, and the Nihilistic comfort of powerlessness. Working from found photographs,
Chillag turns his deconstructed style towards somewhat delicate subject matter — the faces of local
school children. In one part of this series of paintings, yearbook portrait-like in their composition,
Chillag distorts the features of five young girls, each of their bright eyes made hauntingly inhuman
through his methodological build up of paint and dark, scratchy color. The skin of several girls is
almost waxen in it’s visual quality, adding another layer of disassociation to the portraits.
In the past Chillag has described his penchant for abstracting his otherwise hyperrealist works with
glitching, over-laid lines and unfinished edges as “like a child drawing on a photograph.” This
idea is given a new understanding when applied directly to the subject matter of children. The
group paintings are reminiscent of digitally altered computer images, their large swaths of flat color
dragged across the canvas, as if with a paintbrush tool. Passing under the radar is a survival tactic for
many young people, and in many cases Chillag honors this by literally erasing faces from the group.
For It’s Important to be Nobody, Chillag’s hyperrealism is pushed into the computer age, yielding a
series that is at once off-putting and captivating — a contradiction not unlike the central thesis of
his most recent work