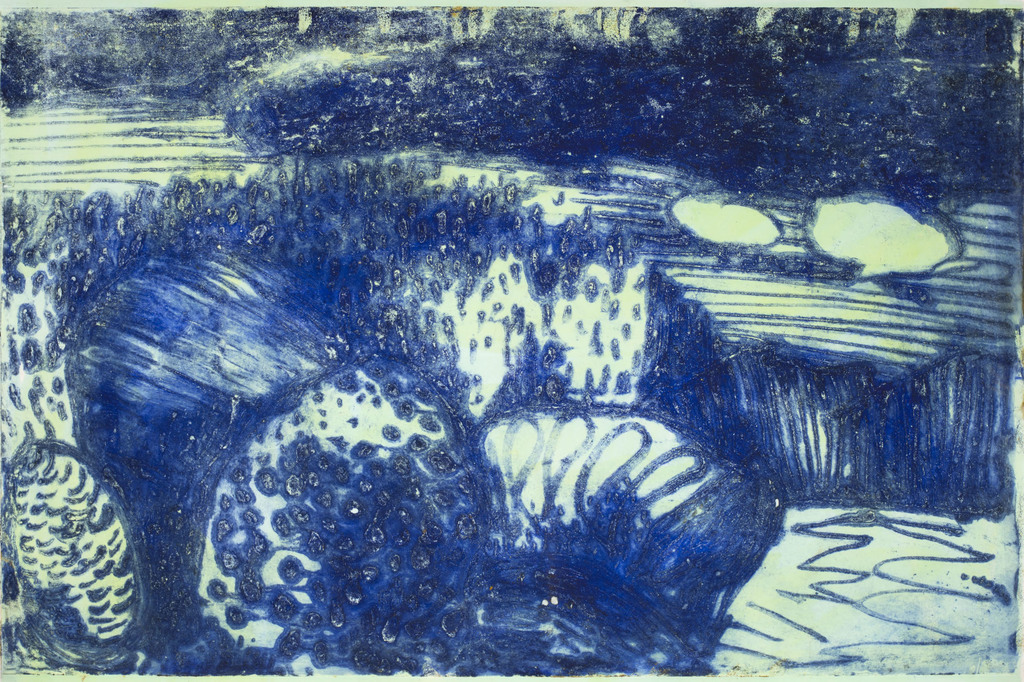 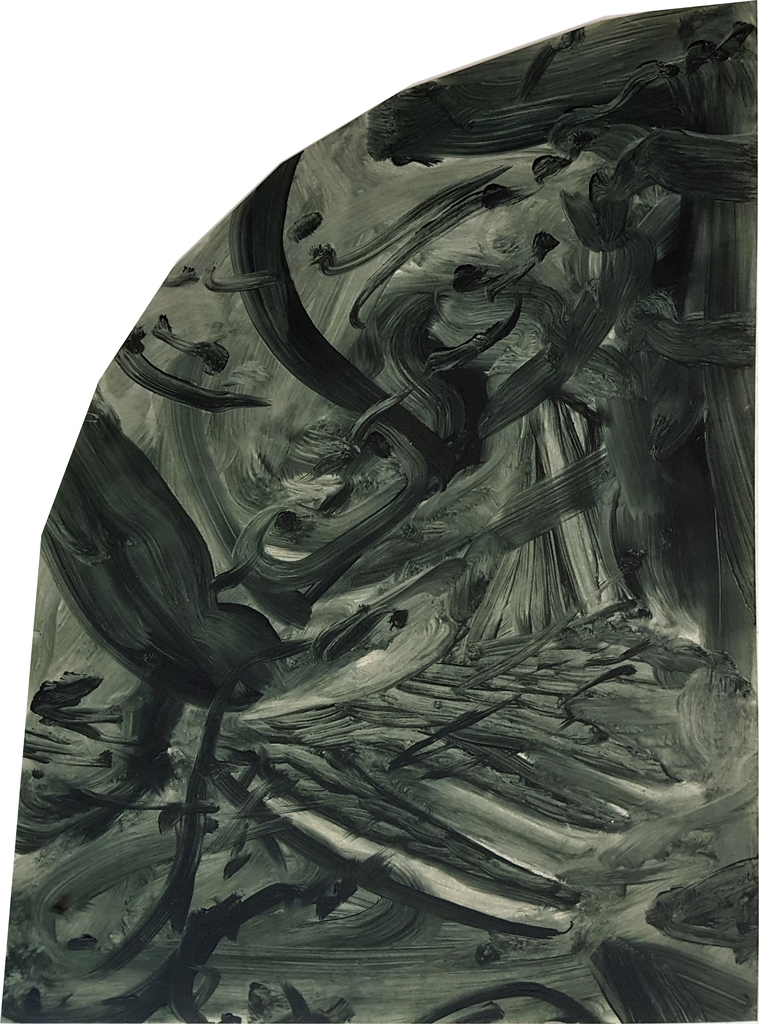 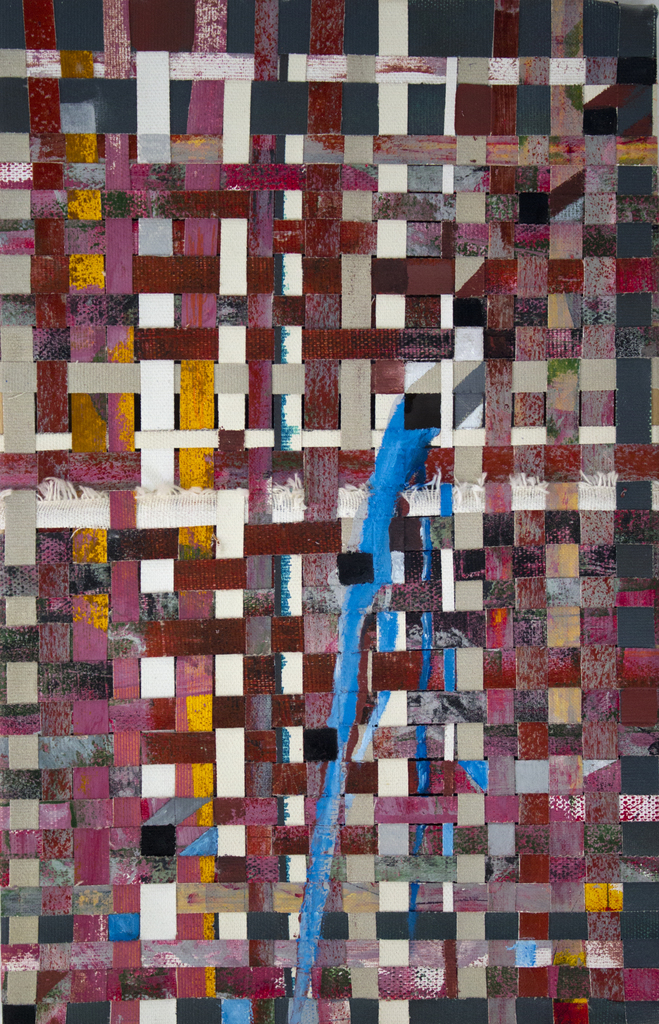 For its presentation at the London Art Fair 2020, Elizabeth Xi Bauer is thrilled to display a selection of two-dimensional works by three emerging, multimedia artists from different nationalities. In common they share an understanding of memory as a guiding force in their practices, though this shared interest takes them to different aesthetic and conceptual paths. The presentation marks Elizabeth Xi Bauer’s debut at the London Art Fair.

Theodore Ereira-Guyer’s compositions commonly address botanical landscapes, particularly gardens. Of this he comments, ‘when working with landscape I am often considering how it is a receptacle and meeting place of both the past and the future’. Always producing indoors, at times the artist depicts his immediate surroundings, such as in Surrounded (2019) – which addresses a garden near his home in Lisbon – at others he paints from memory, aided by photographic documentation of places he once visited. This is the case of Figures in the garden (2018), which was produced during a residency in São Paulo and gathers elements from the lush Botanic Garden in Rio de Janeiro, the Casa de Pilatos Garden in Seville as well as the affective recollection of his grandmother’s garden. This personal aspect of his practice is further explored in the series Places we used to play (garden, forest, woods) which, as the title suggests, focusses on places he used to frequent while growing up between Portugal and England. Although these are woodcuts – thus carrying within the potential of reproducibility – each of the 20 compositions of this series are singular, made from unique moulds that were used just once. By under-exploring the capacity of the medium to generate multiple copies, Ereira-Guyer creates a single double between the artwork and the matrix – though the latter might eventually generate more unique copies over a time gap, once again alluding to concepts of memory, aura, past and future.

The notion of doubles is also central to Abraham Kritzman’s practice. Arch and Veil Left and Right (2016), for instance, is a mirrored composition partly inspired by a Romanian mural from the Baroque period painted in a Byzantine style. This one trip to Romania, which he made in 2015 as part of a two months residency, has served as an enduring inspiration to the artist, as to this day he paints the architecture and the various landscapes of that country, the exact memory of them increasingly metamorphosed over the passage of time. It was during this same trip that Kritzman started to create his signature half-domes, a shape he would encounter in abundance in that country. There is also an affective note to his interest in Romania, since his great-grandfather lived in Piatra Neamț in the late 19th and early 20th Centuries. This now remote family tie with the city served as an excuse for the artist to visit it and create paths around it, and this particular experience has inspired several pairs of works, such as House of Cloth and Our house at night (both 2018). These double paintings combine architectural elements with abstractions, and the process behind them is similar to that of collages, or of a game of Chinese whispers, as each of the paintings presents fragments of previous paintings executed by him, thus becoming increasingly detached from the original subject in each step of the way. A same pair is always painted at the same time, but never displayed side by side.

Recycling is key to Cătălin Petrişor’s most recent body of work. His threaded compositions are made of stripes cut from old canvases that he thinks no longer represent him, as well as colour studies, giving way to imperfect grids that carry within the memory of the paintings they once were. As the artist continued to experiment with this technique, he further started to include photographs and objects to the compositions. Though they are now essentially geometric and abstract, one can recognise shapes and colours and thus imagine their previous narratives. The works from this series bear elaborate titles, such as March in May and The same source (both works 2019), which provide yet another layer to the works. The black and white paintings on show are older pieces, among the last that he made using just these two colours and superimposed drawings. And Thunders in the Form of House (2017) consists of a rural landscape with trees and a cottage. The superimposed image, on the left of the canvas, presents pine trees in the form of lightning as well as positive and negative signs alongside seemingly scientific sentences explaining such natural phenomena. Painting Patterns of Discretion (2017) presents a rocky, clearly manmade formation over a cloudy background. The added images here are triangles, lines, squares and circles, shapes that exist abundantly in our daily lives, thus contrasting natural and geometric forms.