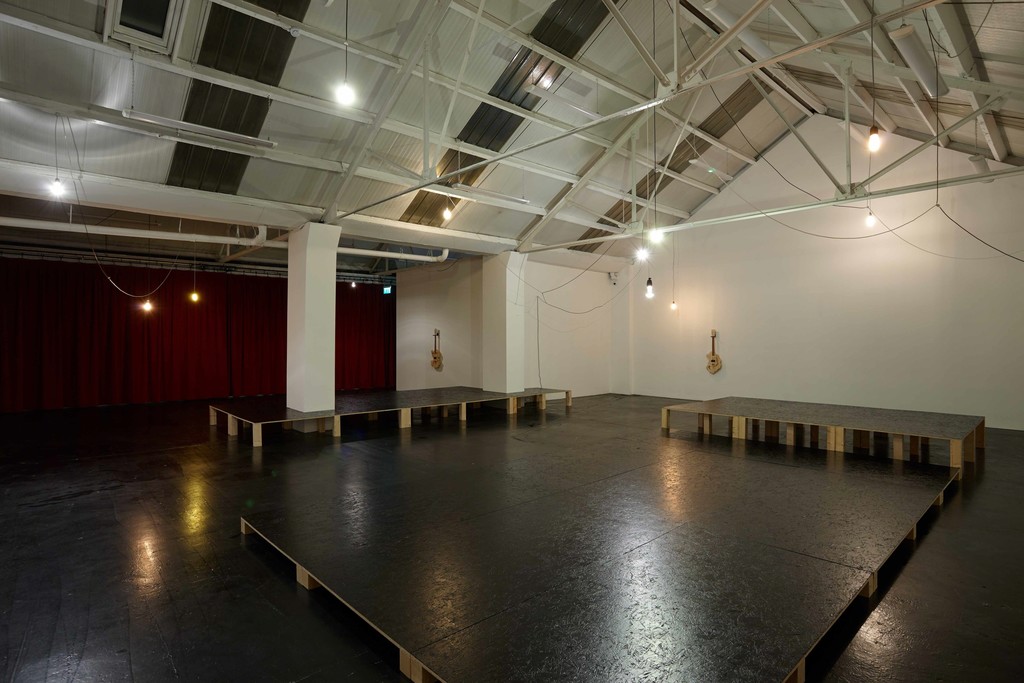 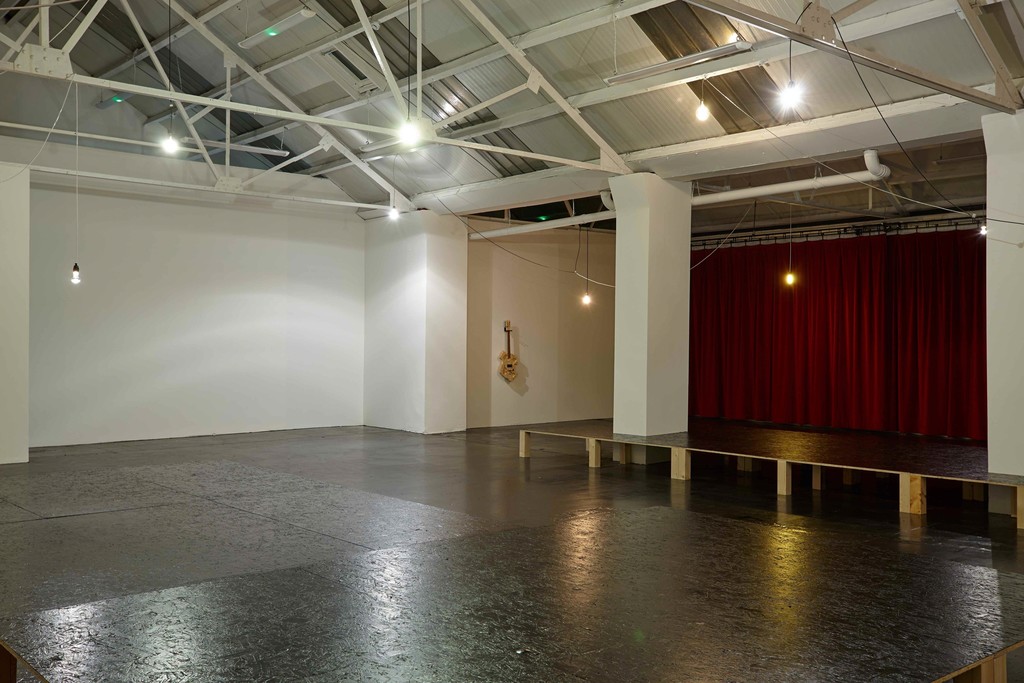 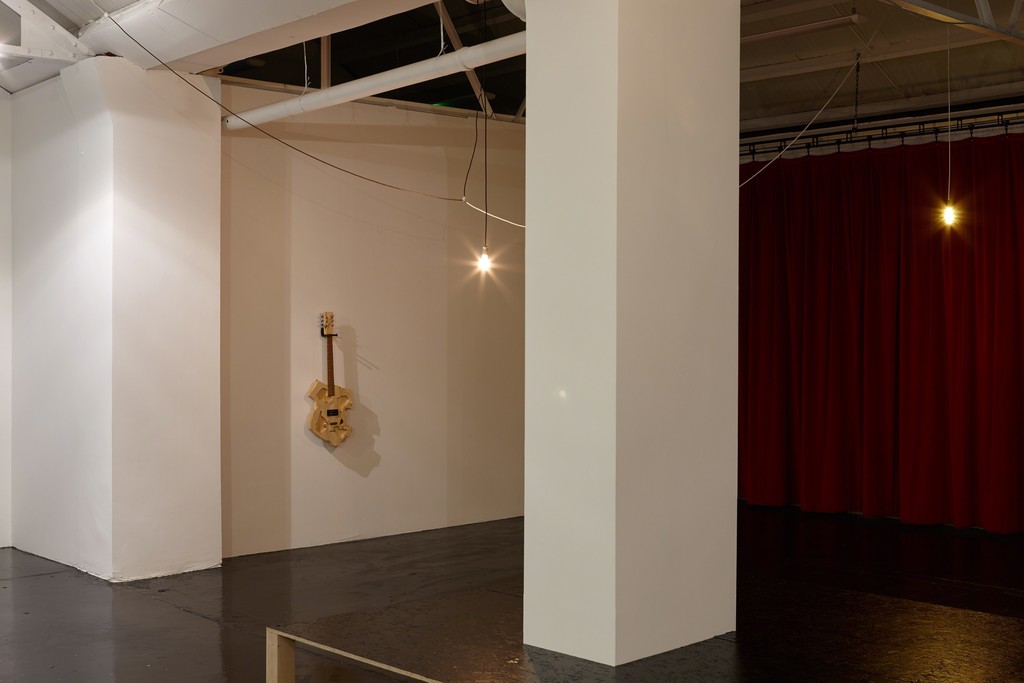 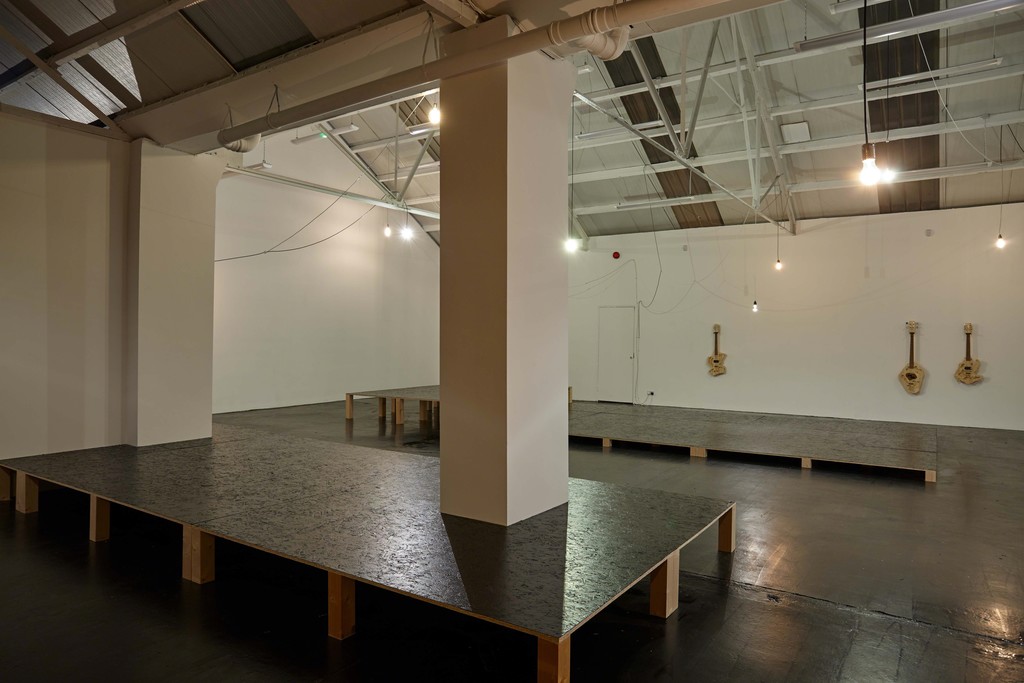 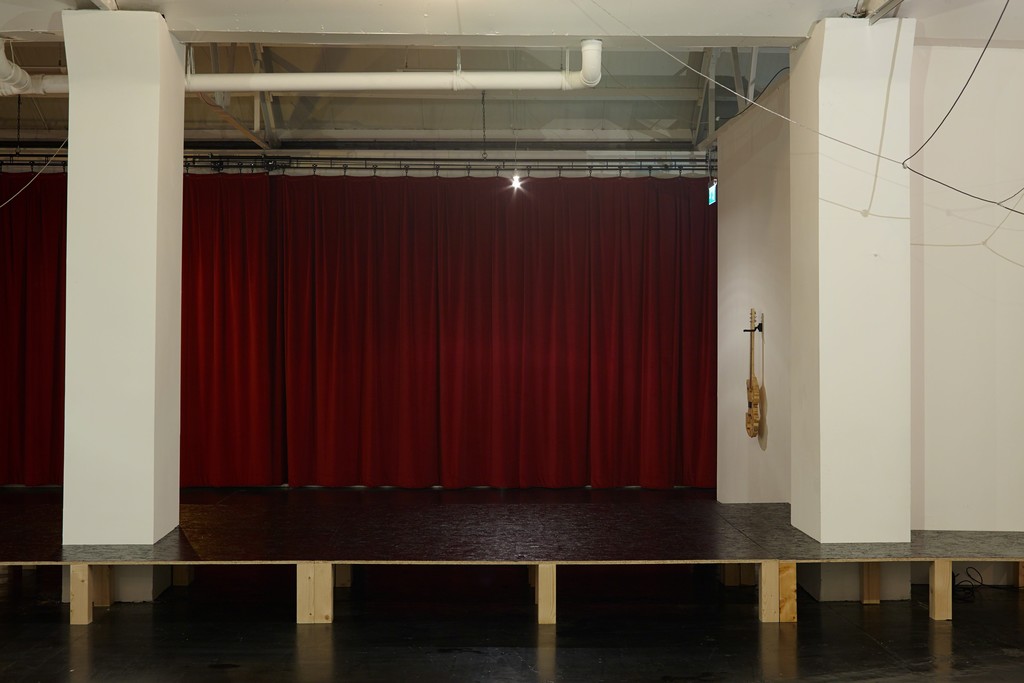 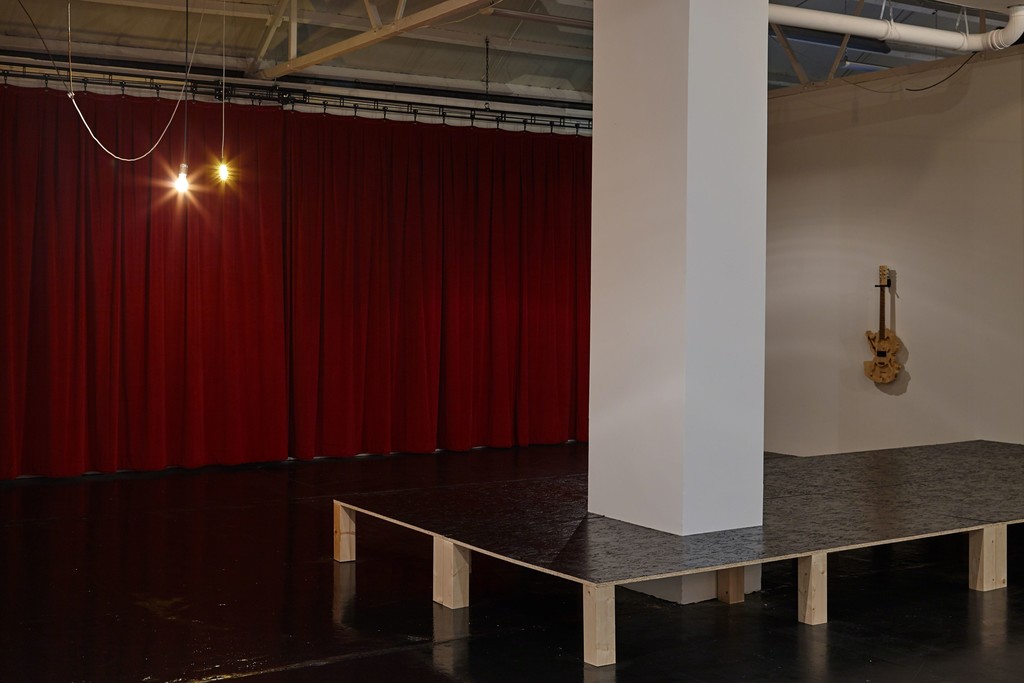 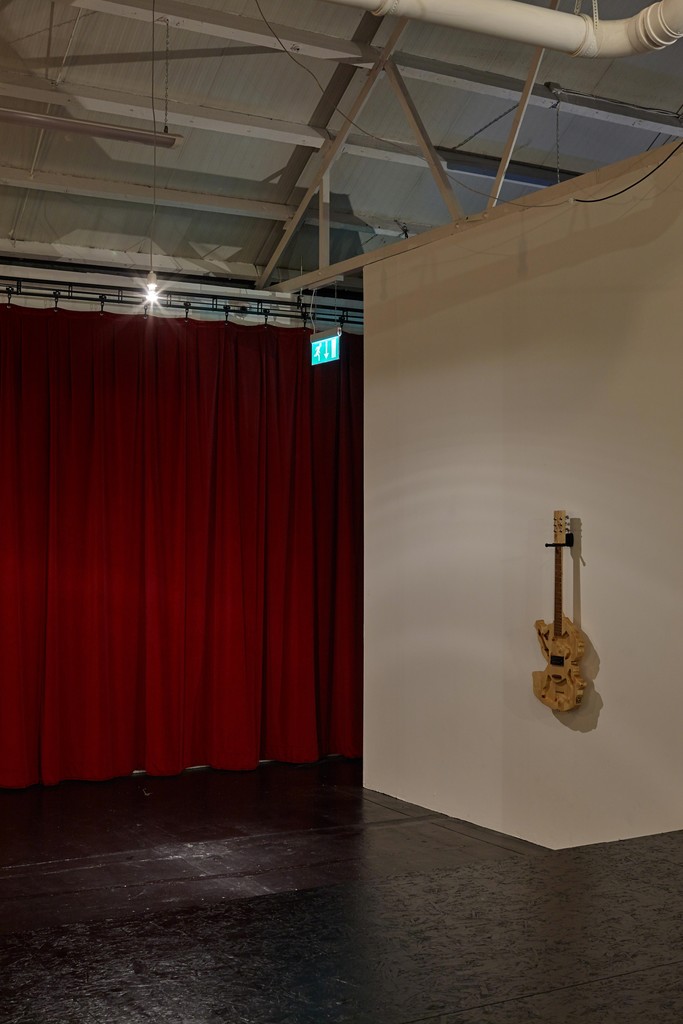 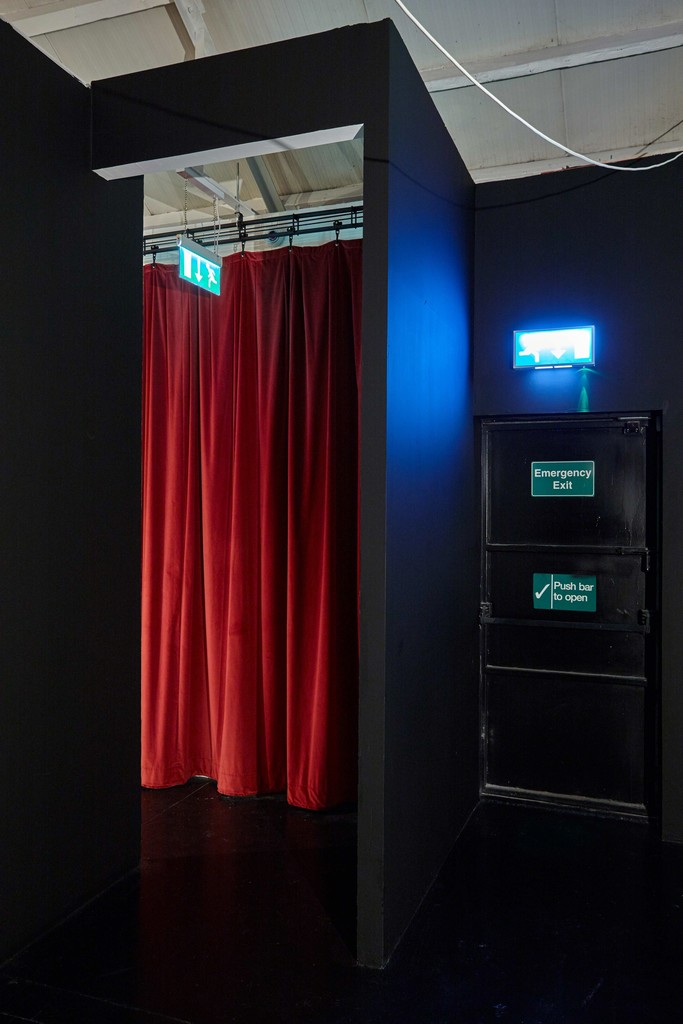 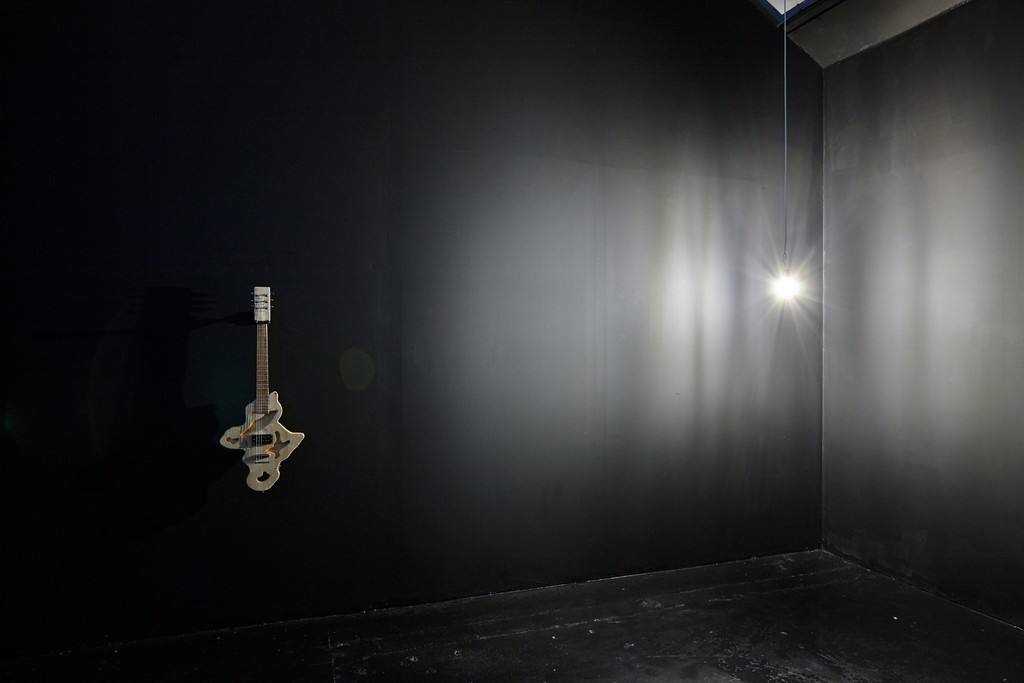 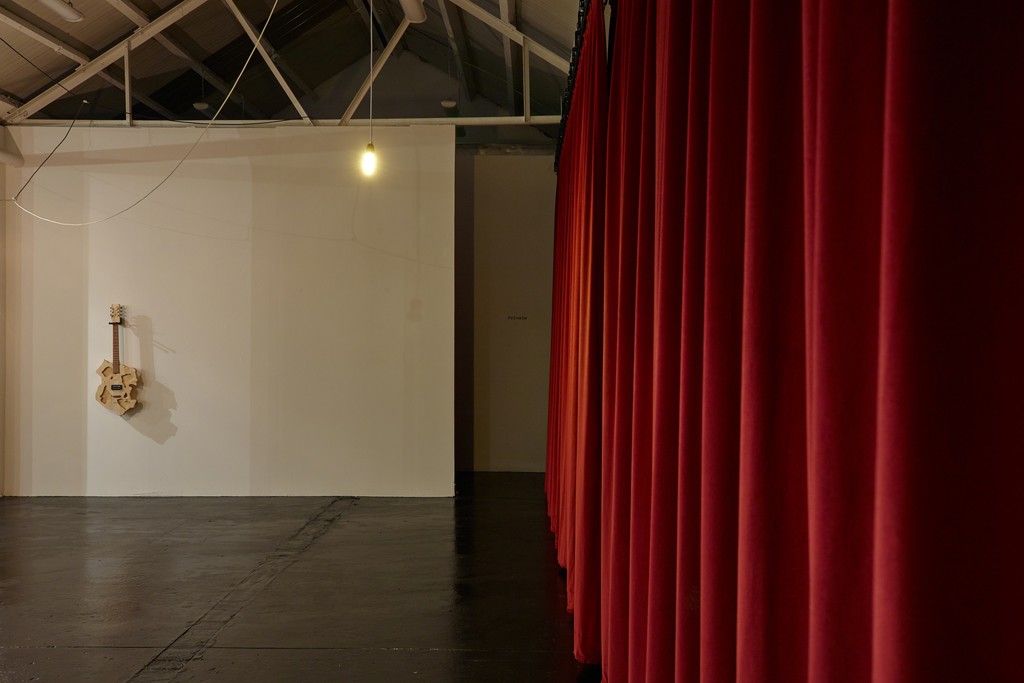 The light sets the atmosphere. A scene for an uneventful act. The usual gallery lights are turned off and replaced with deficient lighting assembled of common bulbs. Clouding the space while fighting the cold November light. The platforms add three more levels. They act as stages and in turn frame each move. A curtain is used to mark a border. An inside and outside inverted. The fourth wall is broken, the curtain covers what it exposes.

The elements of this exhibition are means to make visible, to locate and to position. Becoming aware of roles played, in social as well literal space. Constituting a stage setting, those elements are dismantled and spread across the gallery. Appearing as disparate, they reject and yet embrace the architectural structure given. A gallery turned into scenery.

The fourth element consists of 7 handcrafted (bass) guitars. An appropriation in method and form from the wooden reliefs developed by dada artist Hans Arp at the beginning of the 20th century. The layering of pieces of wood is a technique applied also to the building of the body of a guitar. Arp’s works themselves resemble the modern guitar design. The modern guitar design resembles the human body with its patterns and shapes. Instruments that are an extension of the body itself as much as they are a substitute for activity. Relief carrying referentiality. And yet without functionality. Rendering a sign alone, awaiting a return to the stage.