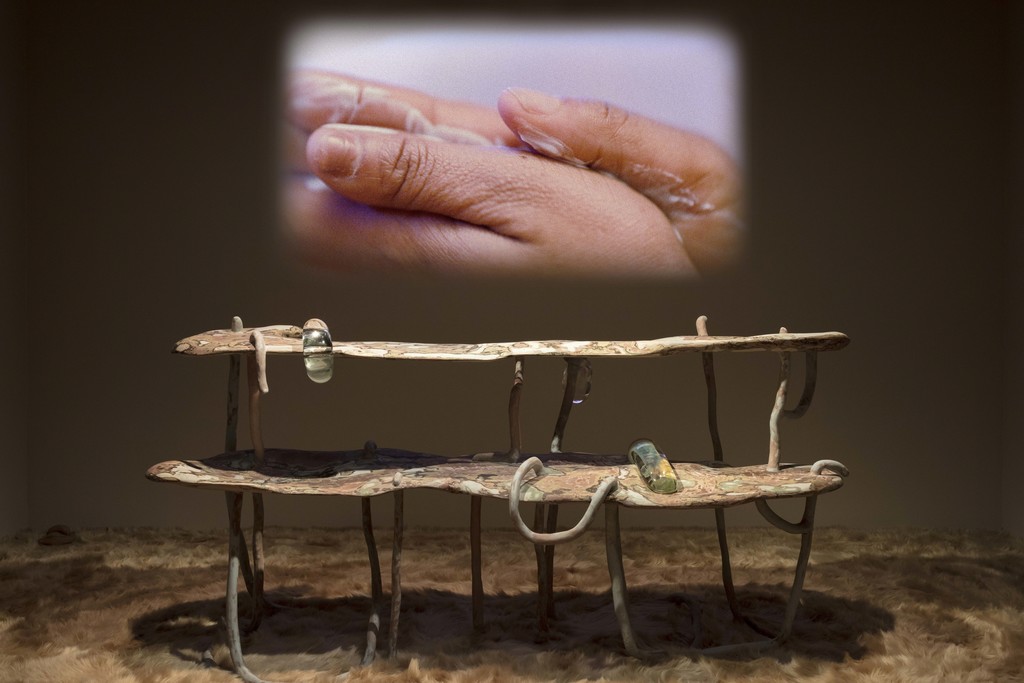 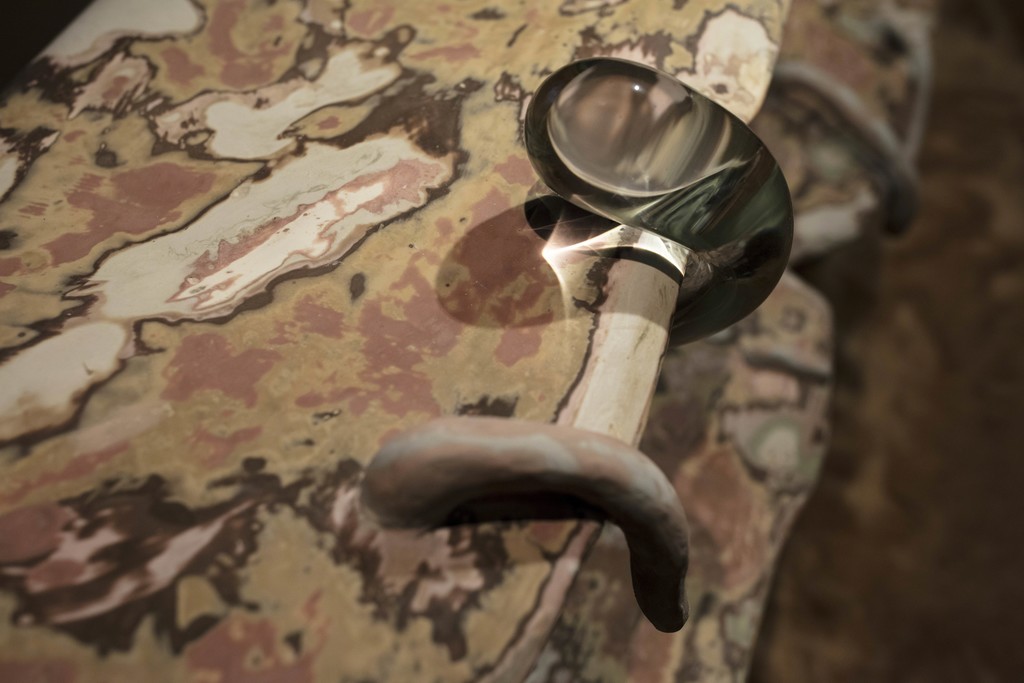 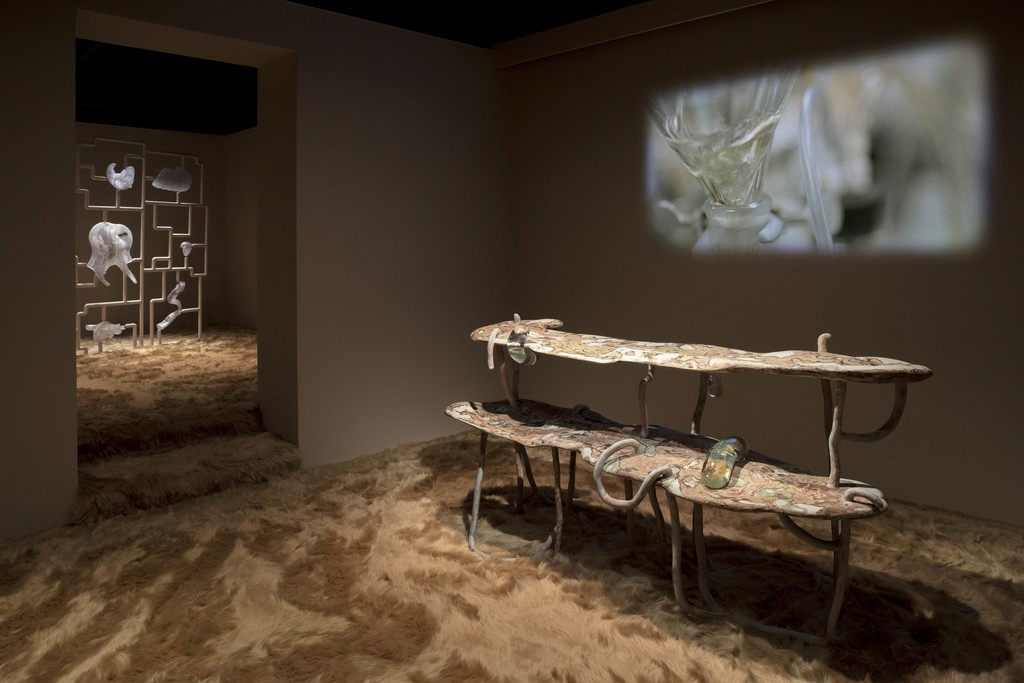 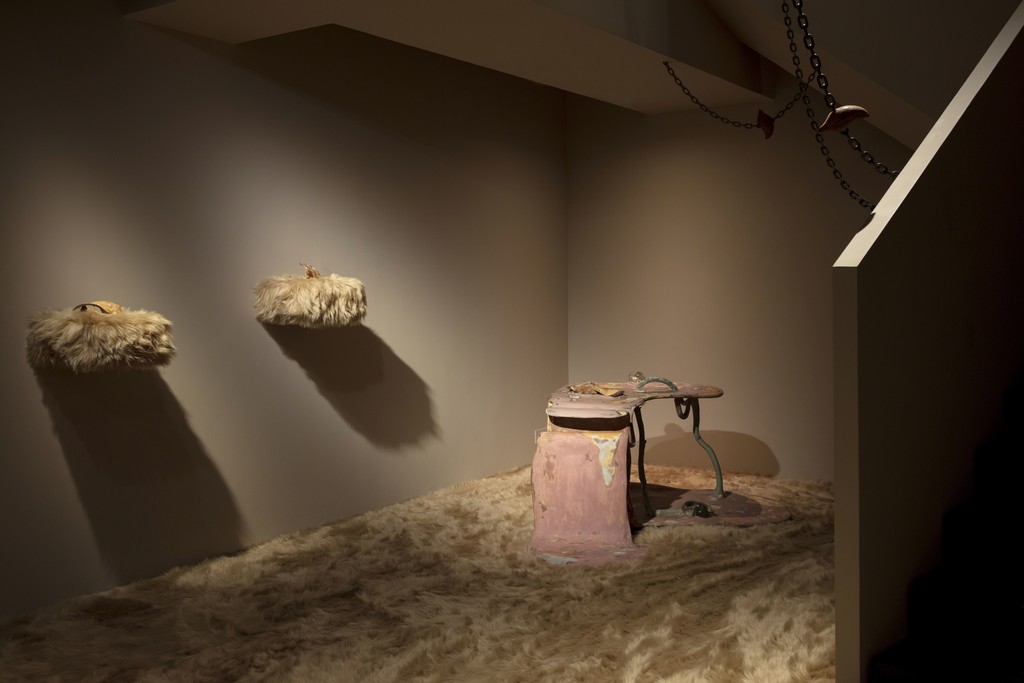 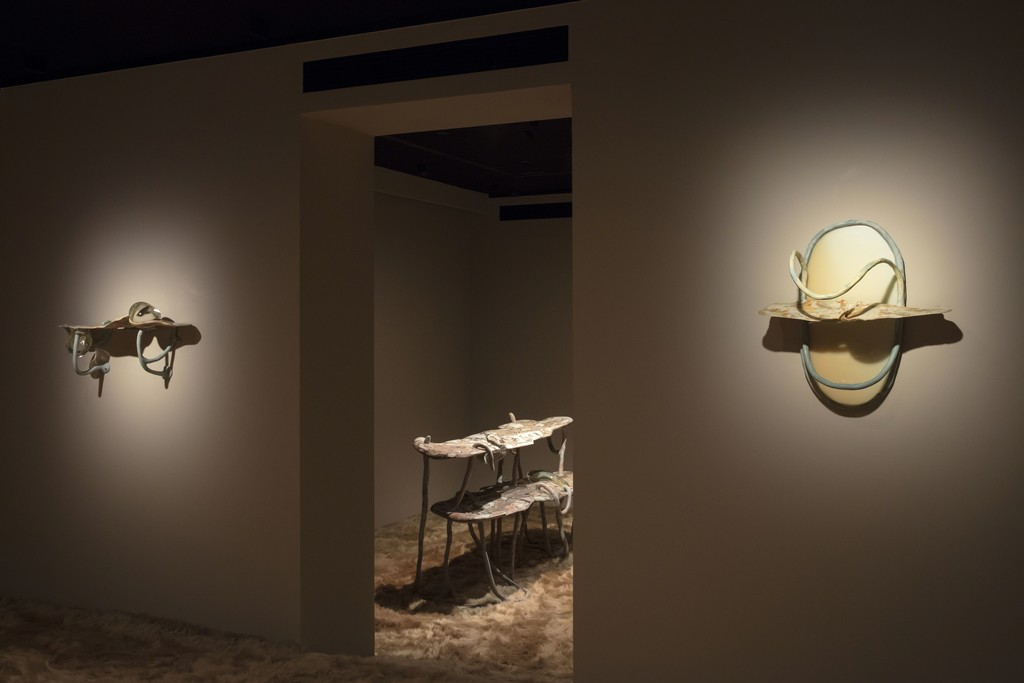 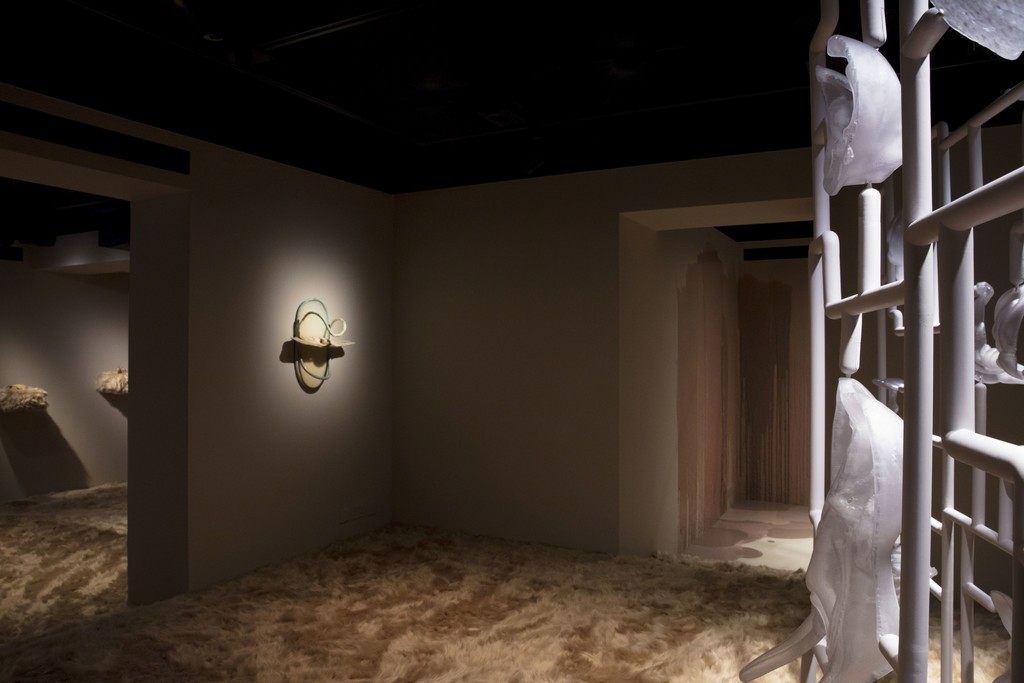 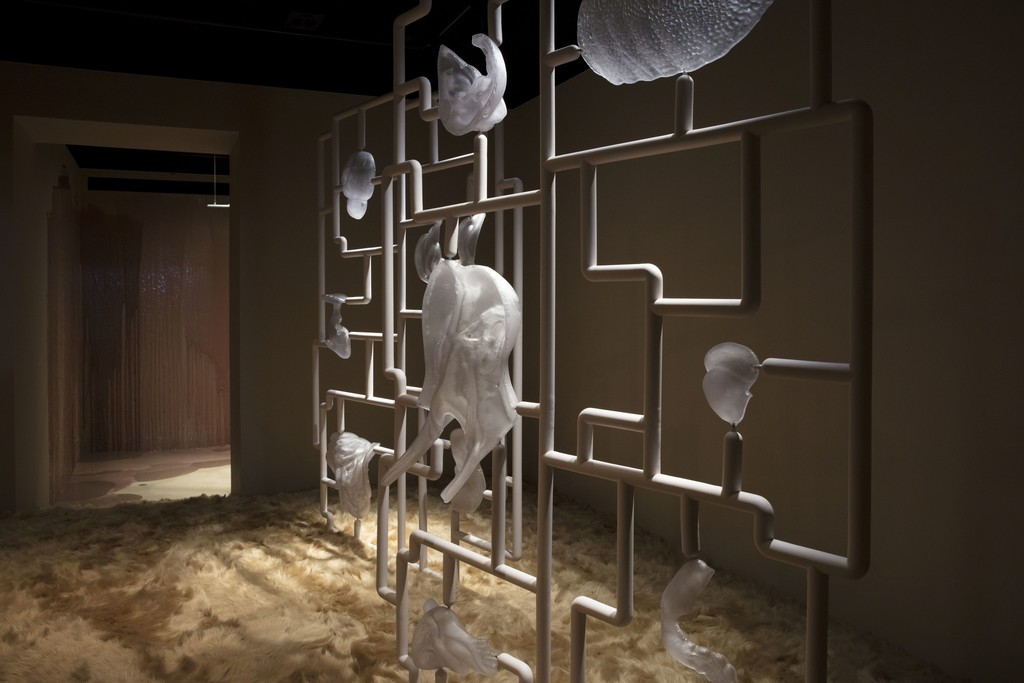 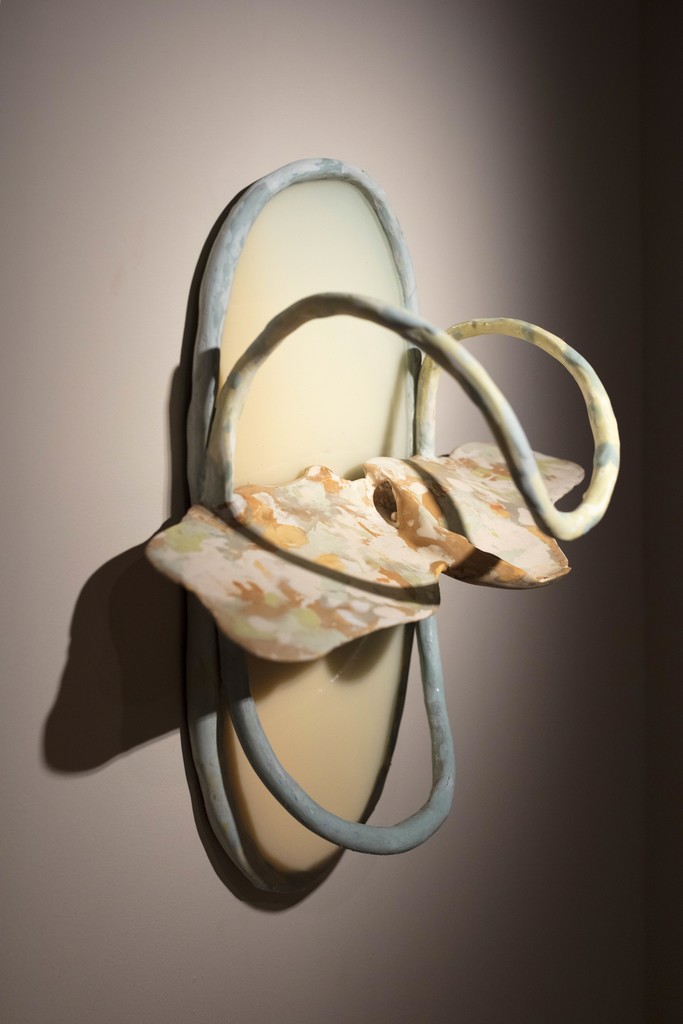 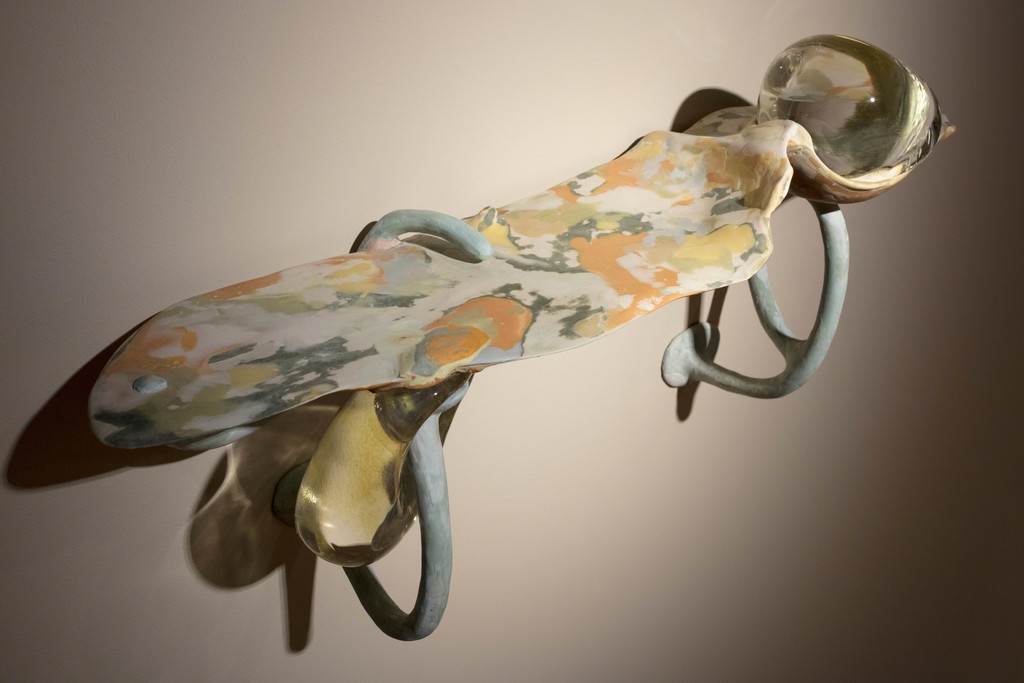 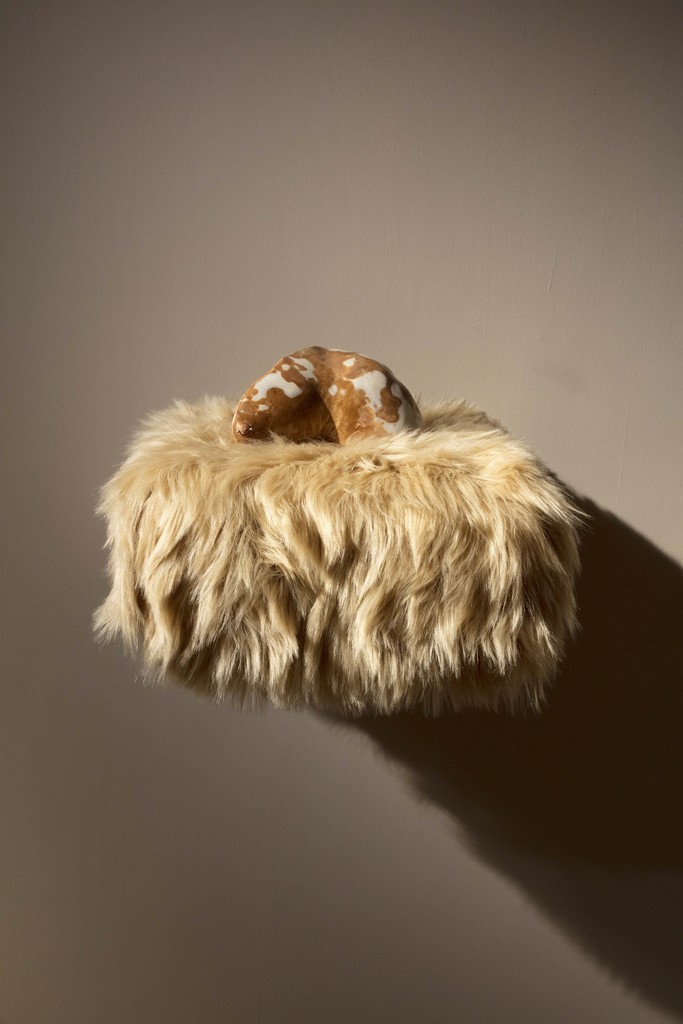 Empty Gallery is pleased to present Mother Is A Woman, Jes Fan’s first solo exhibition in Asia. Following recent appearances at Spring Workshop and Para Site, the NYC-based, Hong Kong native has created a new body of work specifically for Empty Gallery. Speculating on the intersection of biology and identity, Fan’s trans-disciplinary practice emerges from a sustained inquiry into the concept of otherness as it relates to the materiality of the gendered body. Working primarily in expanded sculpture, Fan often incorporates organic materials - such as soybeans and depo-testosterone into larger assemblages fashioned of poured resin and silicone. Previous projects such as Hard Body / Soft System (2017) and Testo-Soap (2016) have focused on the bio-politics of transgender identity and the slippery nature of embodiment in an era where HRT (hormone replacement therapy) and less extreme body-modification tactics such as bodybuilding are easily accessible, allowing the subject to mold their external body to match their internal state.

The creative genesis of this new exhibition stems from Fan's long-standing interest in queering conventional notions of gender, kinship, and maternity. In early 2018, the artist obtained urine samples from their mother in Hong Kong, and transported them to the United States for processing in a university laboratory. Utilizing solid phase extraction, Fan was able to isolate and extract their mother’s estrogen. This estrogen was then used to create a topical beauty cream, the titular “Mother Is A Woman”. During the exhibition opening, attendants will offer visitors a chance to feminize their biology with Fan’s estro-mom cream.

Extending this desire to destabilize existing systems into the gallery space, Fan has completely transformed Empty’s characteristic black interior with flesh-toned walls and synthetic fur carpets. Inside this animistic space, Fan has staged several different series of new sculptural works exploring notions of biological materiality. Real soybeans and resin casts of yams - the two primary sources of industrially produced sex hormones - feature as some of the many androgynous forms appearing within Fan’s assemblages. These forms are echoed by the biomorphic curves of the Diagram works, a group of sculptural shelves and tables inspired by clinical diagrams of the epidermis. With their mottled surfaces recalling insect carapaces and their organ-like folds, they seem to express both the beauty and essential otherness of organic matter. Visible Woman appropriates the 1960s anatomical model of the same name - the female counterpart to the infamous Visible Man model which was widely used in American science classes - and transforms it into a surreal structure in which crystalline organs are suspended within a geometric frame reminiscent of both the original model-kit and classical Chinese design motifs. As technology offers us seemingly boundless options to modify and extend our bodies - altering our concept of nature in the process - Fan’s exhibition offers a research-driven investigation into the inherent strangeness of the gendered body.

About Jes Fan (Lives and works in New York, NY)
Jes Fan is a Brooklyn-based artist born in Canada and raised in Hong Kong, China. They have received a BFA in Glass from Rhode Island School of Design. They are the recipient of various fellowships and residencies, such as the 2018 Joan Mitchell Painters and Sculptors Grant Recipient, Edward and Sally Van Lier Fellowship at Museum of Arts and Design, Pioneer Works, CCGA Fellowship at Wheaton Arts, and John A. Chironna Memorial Award at RISD. Fan has exhibited in the United States and internationally; selected exhibitions include Uproot at Smack Mellon (New York), Glass Ceiling at Urban Glass (New York), Whereabouts at Glazenhuis Museum (Belgium), Material Location at Agnes Varis Gallery (New York), Ot(her) at Brown University’s Sarah Doyle Gallery (Providence), and Remembering Something without a Name, Chrysler Museum of Art (Virginia).