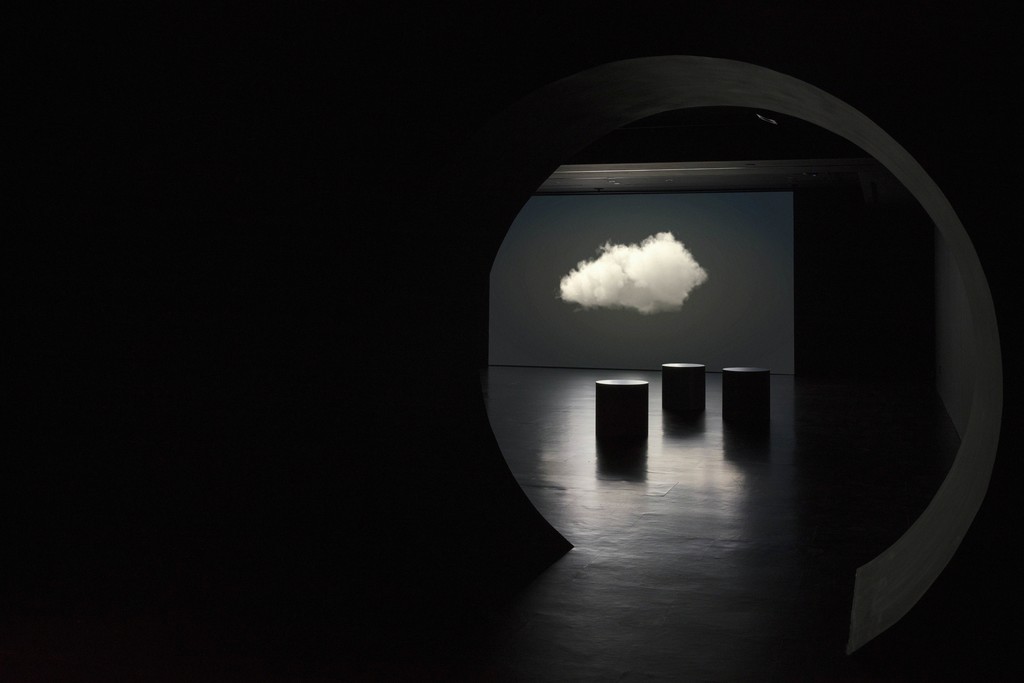 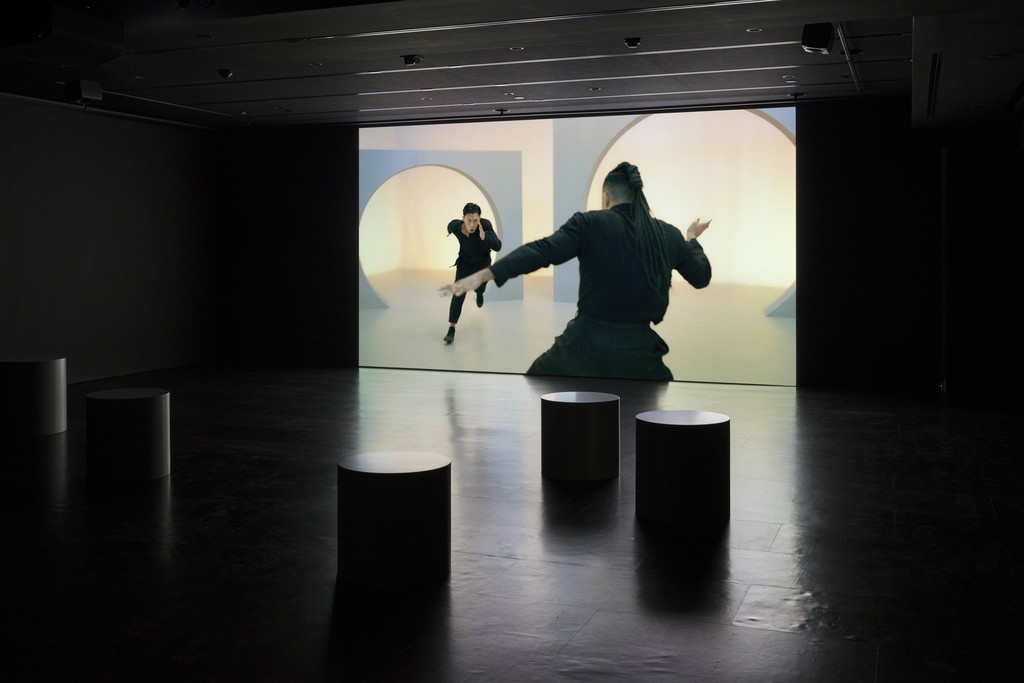 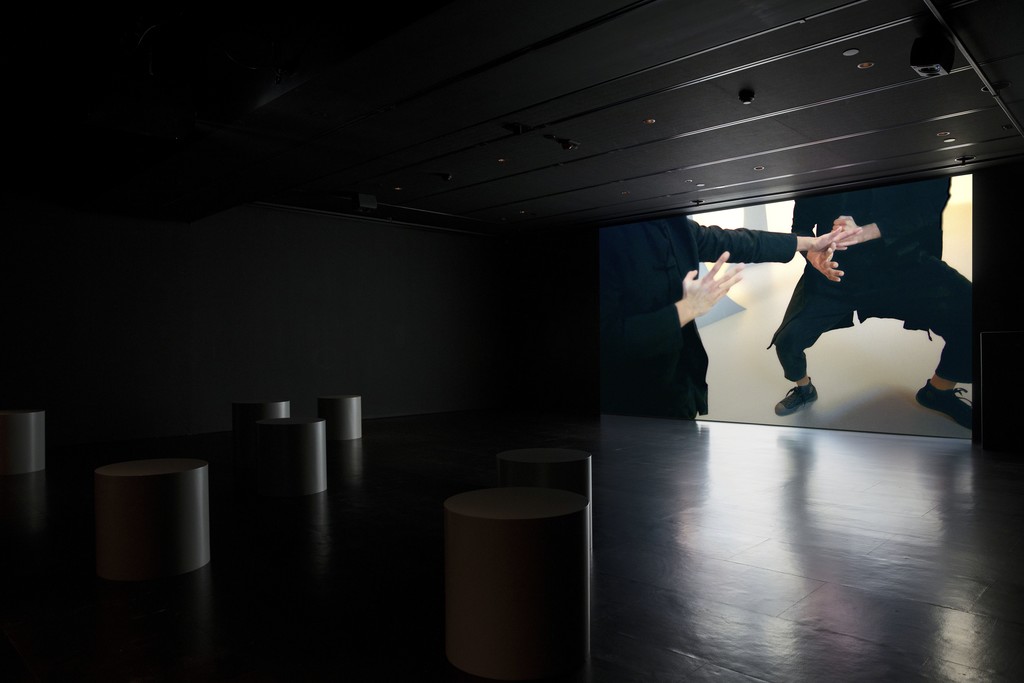 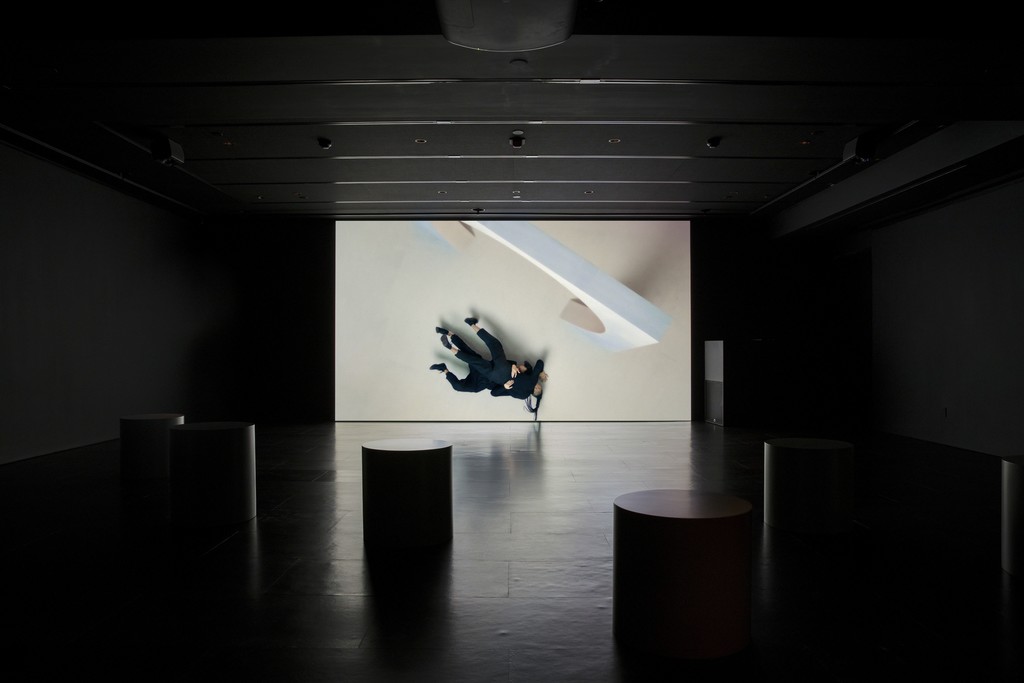 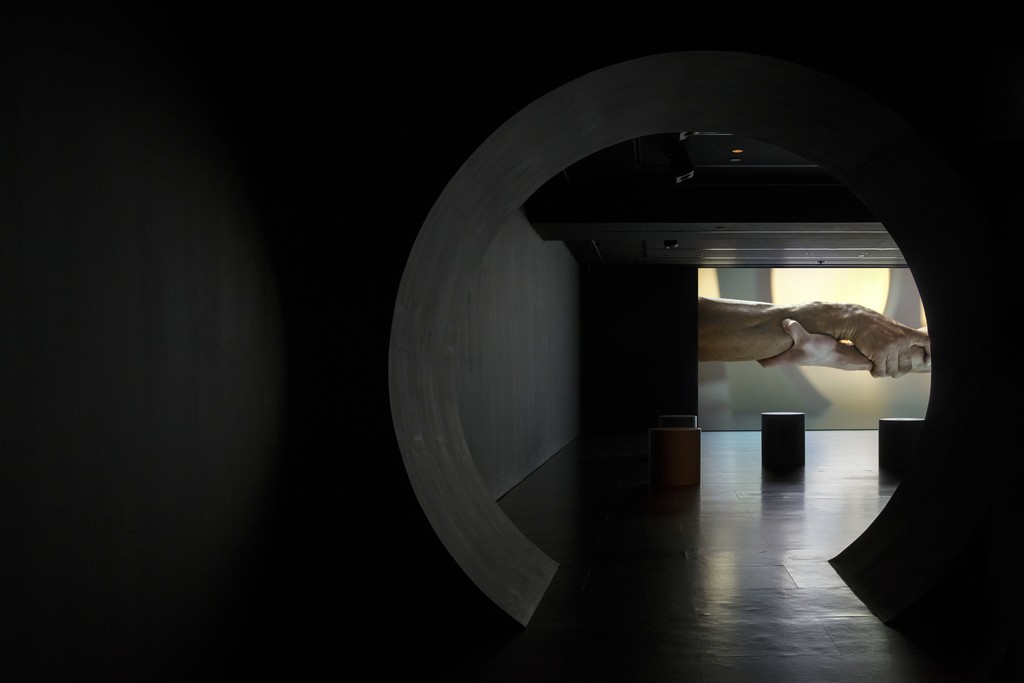 Empty Gallery is pleased to present Ruthless Logic, Xavier Cha's first solo exhibition in Asia. Ruthless Logic consists of a single monumental moving image work, produced by the artist in Hong Kong at the legendary Shaw Studios 邵氏片場. Cha's practice deploys performance, video, and happenings in the service of expressing what she has termed “the schizophrenic state of psychotic simultaneity” which characterizes an interior subjectivity under the conditions of technologically-enabled capitalism. In her concerted exploration of the conditioned affects and habituated (often compulsive) behavioral patterns associated with the near-ubiquity of social media networks, apps, and personal devices, Cha articulates the paradox of a social reality in which one's innermost desires and emotions are relentlessly colonized by foreign interests, yet manage to preserve a shred of their own sovereignty; somehow other and yet ultimately still one's own.

A depiction of an endless confrontation between martial artists German Cheung 張文傑 and Rafael Reynoso, the film is a series of crystalline, hallucinogenic, and emotionally-charged fragments of action occurring in a dream-like space. This space is traversed by Cha's constantly tracking camera, its clinical yet sensual gaze circulates over the bodies in the frame, emphasizing the inherently rhythmic nature of martial movement to hypnotic effect. Applying her ongoing inquiry into the affective economies of performance and spectatorship to kung fu cinema, Cha deliberately frustrates the narrative expectations associated with the genre by making perverse usage of its signature stylistic tropes. Familiar effects from the grammar of global action cinema such as bullet-time, wire-work, and extreme slow motion are deployed not to heighten onscreen action, but rather to slow it down – forcing a very different kind of spectatorial engagement. In stripping away all extraneous content and reducing the fight sequence to its bare essence, Ruthless Logic reveals a hypnotic and balletic cascade of mediated bodies in which the rhythms of choreographed gesture begin to suggest the tide-like circulation of physical, cultural, and emotional capital between East and West.

About Xavier Cha (Born in Los Angeles, CA, works in New York, NY)
Cha was born in Los Angeles and lives in New York. She received her BFA from the Rhode Island School of Design and MFA from UCLA. She has had recent solo exhibitions at Empty Gallery, Hong Kong (2018); the Museum of Contemporary Art Cleveland (2016); 47 Canal, New York (2015, 2012); Aspect/Ratio, Chicago (2013); and the Whitney Museum of American Art, New York (2011), and has staged large scale performance works at the Brooklyn Academy of Music (2017); Zacheta National Gallery of Art, Warsaw, Poland (2017); Museum of Contemporary Art, Santa Barbara (2015); INOVA, Milwaukee (2015); Kunsthalle Düsseldorf (2014); the New Museum (2013), among many other international institutions. Cha received a Frieze Film Commission in 2015, a New York Foundation for the Arts Fellowship in 2012, and was awarded a Guggenheim Fellowship in 2014.