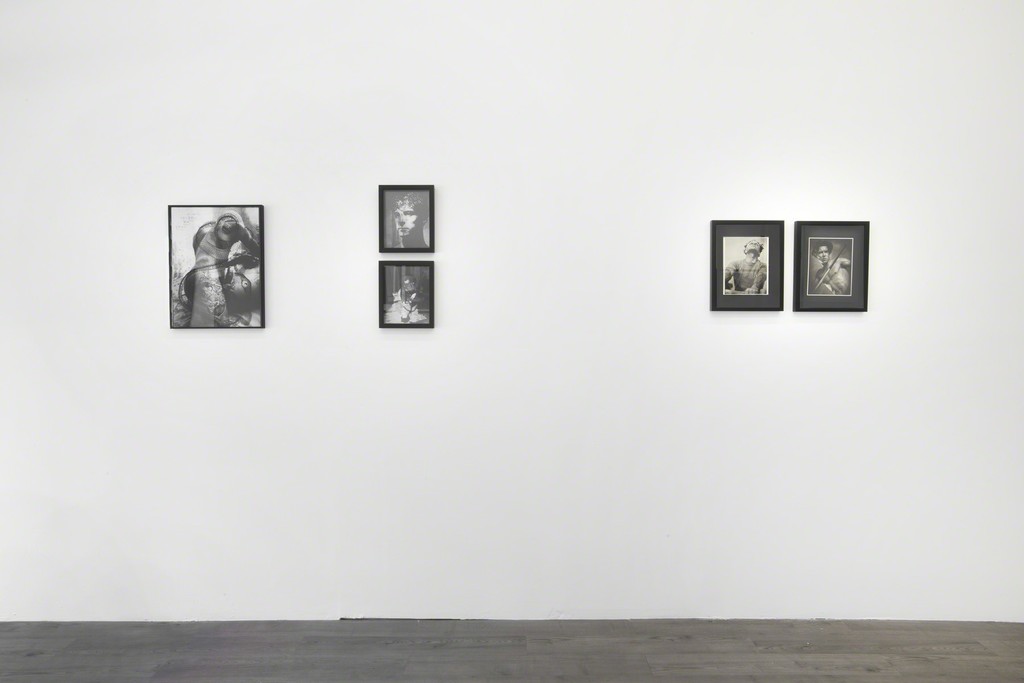 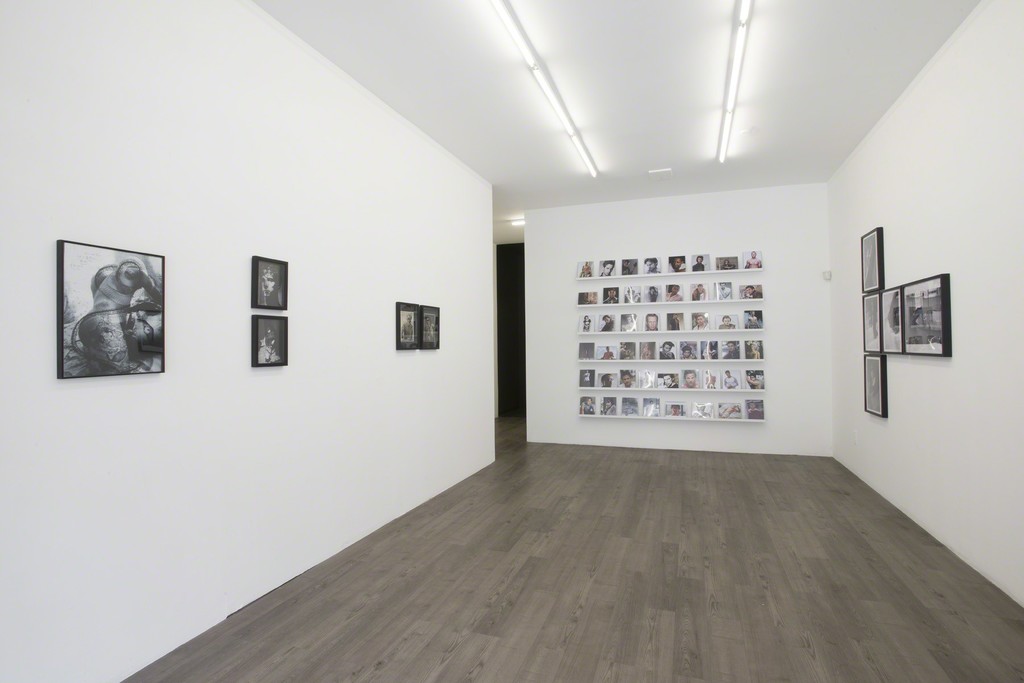 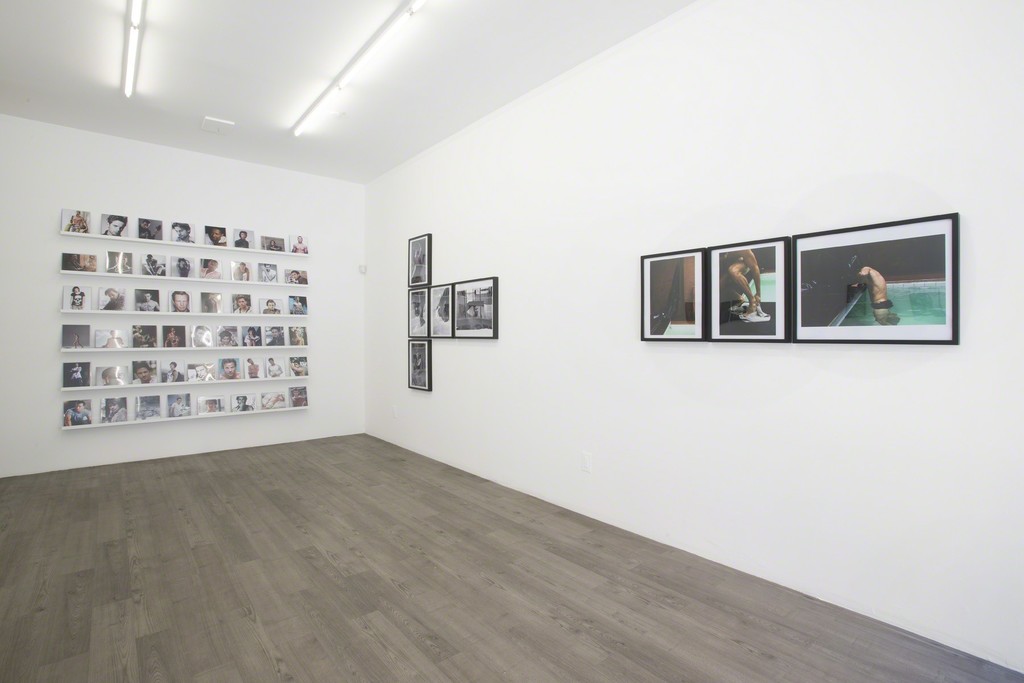 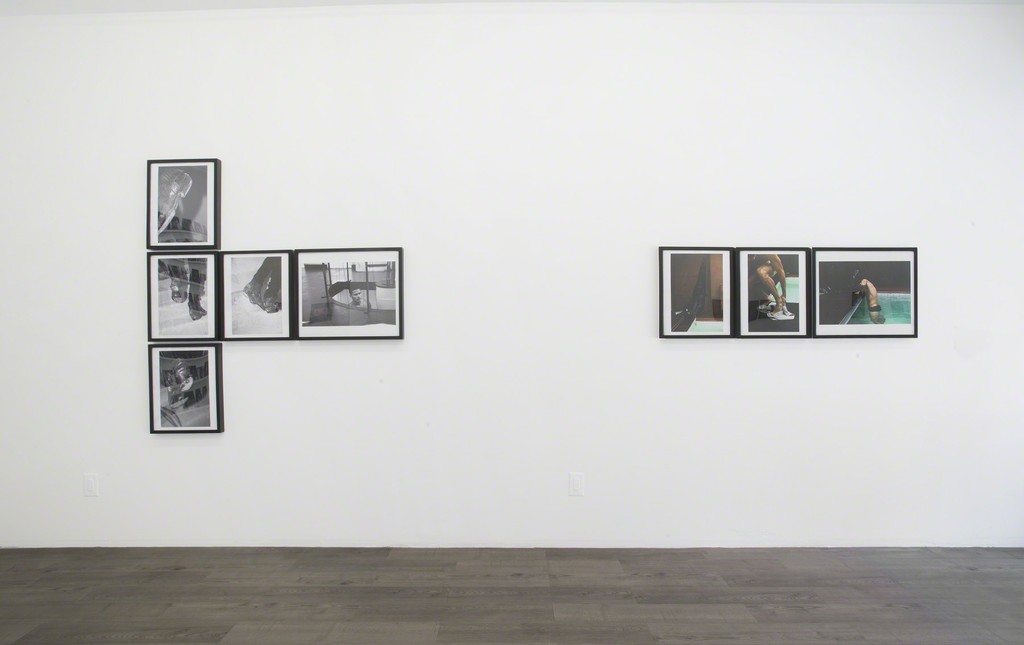 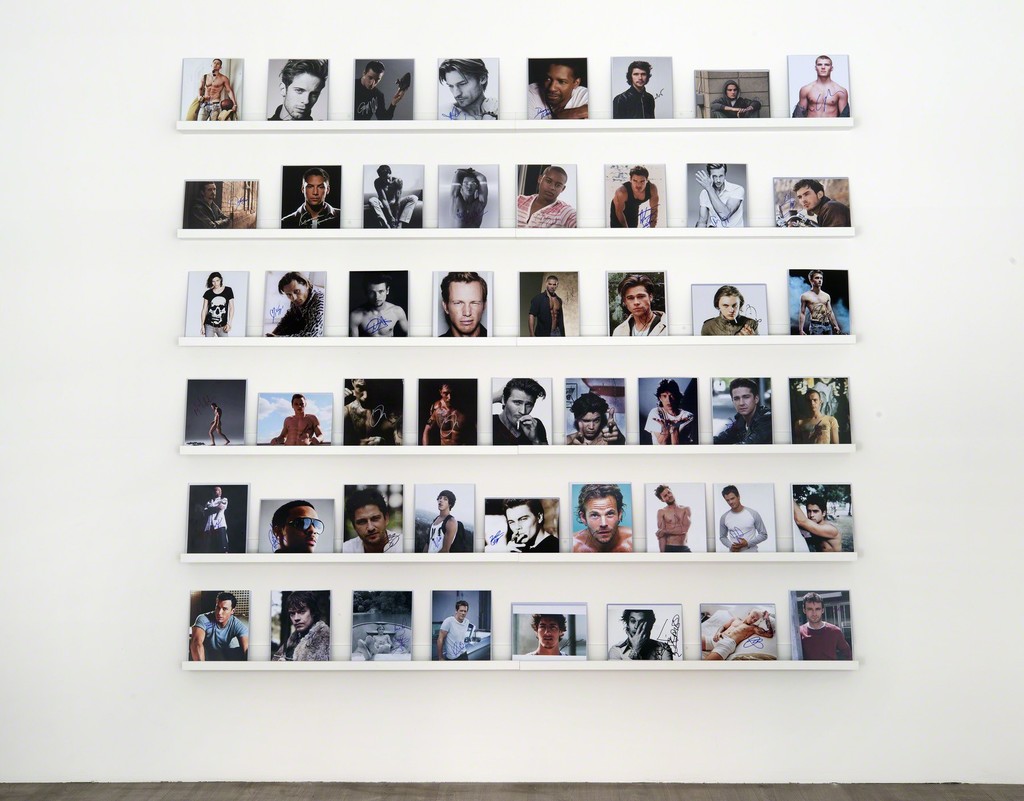 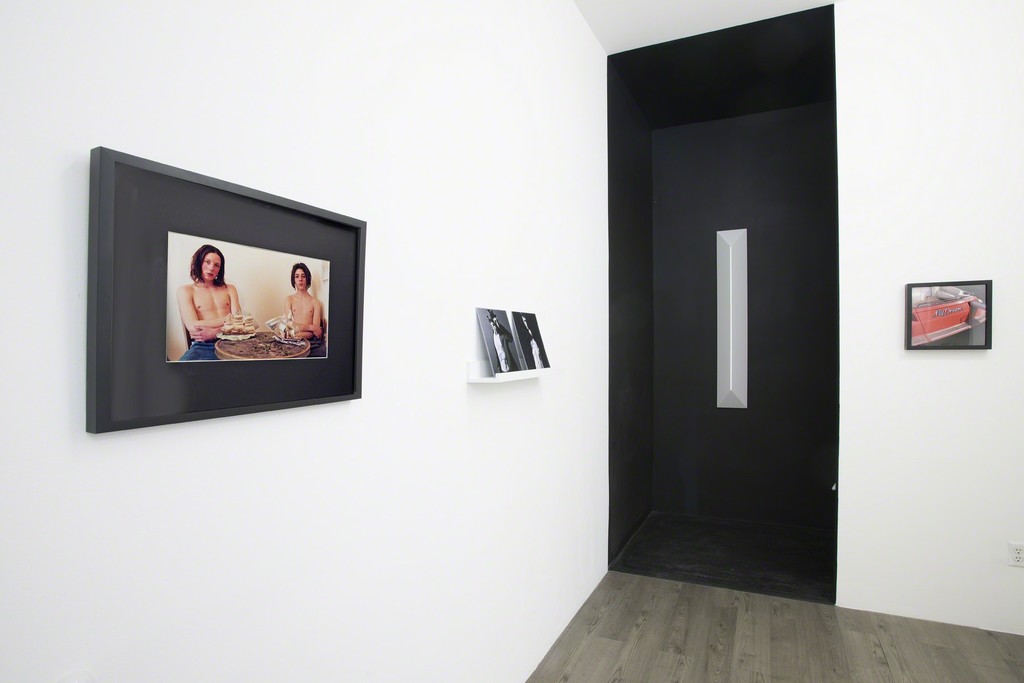 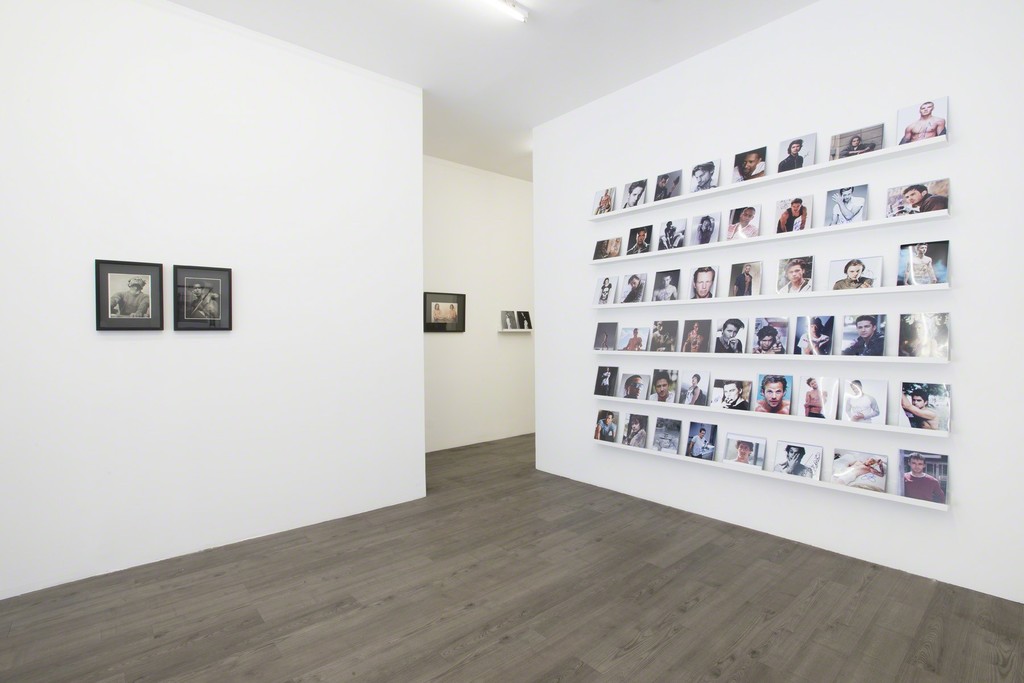 A dream boat refers to a person, usually male, who is considered exceptionally good-looking and sexually attractive. Photographs of attractive boys and men, and male celebrities past and present, make-up the My Dream Boat exhibition.

At first glance, one wonders whether these are pictures one would find on the walls of a teenage girl’s room. Or maybe this is a political show? Whatever question might arise, the very first thought to pop-up in anyone’s mind, will be “gay.” Depictions of objectified men are immediately equated with homosexuality. Were the show to contain depictions of objectified women, the word “gay” would not even come into play.
A political show then.

For the past decennia, society has increasingly been delving into utopian aesthetics of physical perfection. Much like Fascism, It exalts two seemingly opposite states, egomania and servitude.

Prince R’s wall of celebrity portraits, provides immediate relief from the demanding complexities of life. In today’s society, that is after all what pictures of attractive male celebrities are supposed to do.
Unlike with the work of an artist with a similar sounding name, the photographs on display have actually been signed by the stars themselves. The title of the piece WTD2, which stands for “we take a dump too,” literally and figuratively strips the subjects down to one of many male specimen. The emperor’s new clothes and all that.
The artist also contributes two pieces about the murder of Roman Novaro and Sal Mineo. These pieces point at society’s perverse joy when something sensational and bad happens, instead of actually doing something about it.

Nostalgic, sexy, provocative, daring, irreverent are some of the words that could be used to describe Donatien Veismann's photography. Contrary to Riefenstahl, Veismann’s subjects are not stereotypes of male perfection, they do not possess perfectly defined abdomen. While male nudity in itself was not a problem for the Nazi regime, any bodily imperfections were strictly forbidden. Veismann’s subjects are more human and accessible. He steers away from the cult of dominance and the tyranny of muscles. His photos have a magical, escapist feel with a hint of nostalgia.

Some art critics, who took on the task of writing a review of Gary Indiana’s contribution to the 2014 Whitney Biennial, described part of the artist’s diptych as “Gel prints of nude young men, taboo images,” “Still photographs of mostly naked young men,” “On the topic of the presence of penises in the Whitney; I thought it was actually quite pronounced. There were a lot. There was the Gary Indiana…There’s probably twelve in that piece alone,” “Dry work.”
Apparently, that is all there is to say when men are perceived as objectified. Only when the male subject, clothed or not, cannot be objectified, an effort would be made to look into the content or social context of the work. In that case however, the subjects would have to fit into some or other stereotype of what prisoners, thugs, poor people, etc. are supposed to look like. It is after all more and more about the label.

Nicolas Wagner’s. Photographs of boots could be considered as steps taken by a lover gone. Paired with a photograph of a young man’s head appearing up from a staircase, the work might suggest a rosier picture. Like in the pictures of a man exiting the pool, Wagner’s eye for composition enhances his enigmatic images. As if in a trick, the work conveys the superficial and traps the viewer in deep emotion through the surface of the image, All of a sudden, the subject makes a direct link with the emotions of the viewer.

Gary Indiana is an American writer, filmmaker, actor and visual artist. He lives and works in New York. Throughout his work, Indiana explores sexuality, violence, money, the media and contemporary America. Indiana’s work has been exhibited at the Whitney Biennial and multiple commercial galleries throughout the world.

Prince R. (aka HRH PR) was born in 1981 and lives and works in Saginaw, Michigan.

Leni Riefenstahl was born in Berlin in 1902 and died in 2003. She was a German film director, producer, screenwriter, editor, photographer, actress, dancer, and propagandist for the Nazis. Her photographs have been exhibited, amongst others, in Tokyo (Japan), Kuopio (Finland), Milan and Rome (Italy), Munich, Potsdam and Berlin (Germany), Calpe (Spain), Knokke Heist (Belgium) and Amsterdam (The Netherlands).

Donatien Veismann was born in 1974 and lives and works in France. His work has been exhibited in Paris, London, Hamburg, Basel and New York City.

Nicolas Wagner was born in 1974. He is a French photographer based in Paris and New York.
Wagner collaborated with many personalities such as Isabella Rossellini, Ciara, James Franco and Charlotte Rampling. His work can be seen in several photo books including 20 years of Men Fashion by Dolce and Gabbana and Contemporary Fashion Photographers. Wagner is currently the editor in chief of NY based publication CRUSHfanzine, which is distributed at locations worldwide, such as the TATE Modern, MOCA, Palais de Tokyo, BookMarc by Marc Jacobs, Do You Read Me..