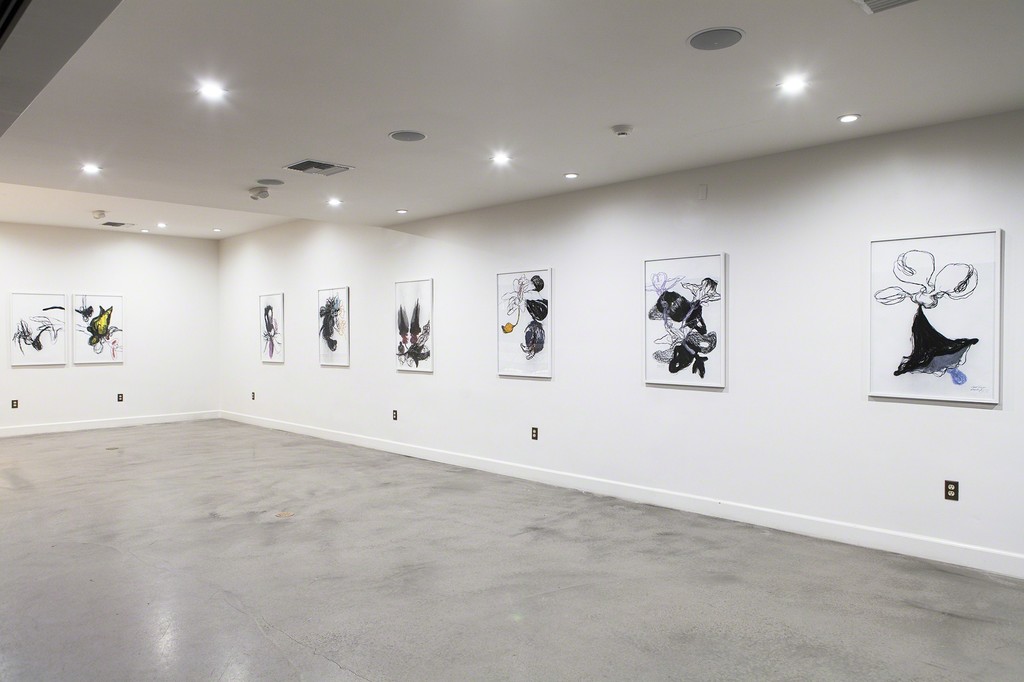 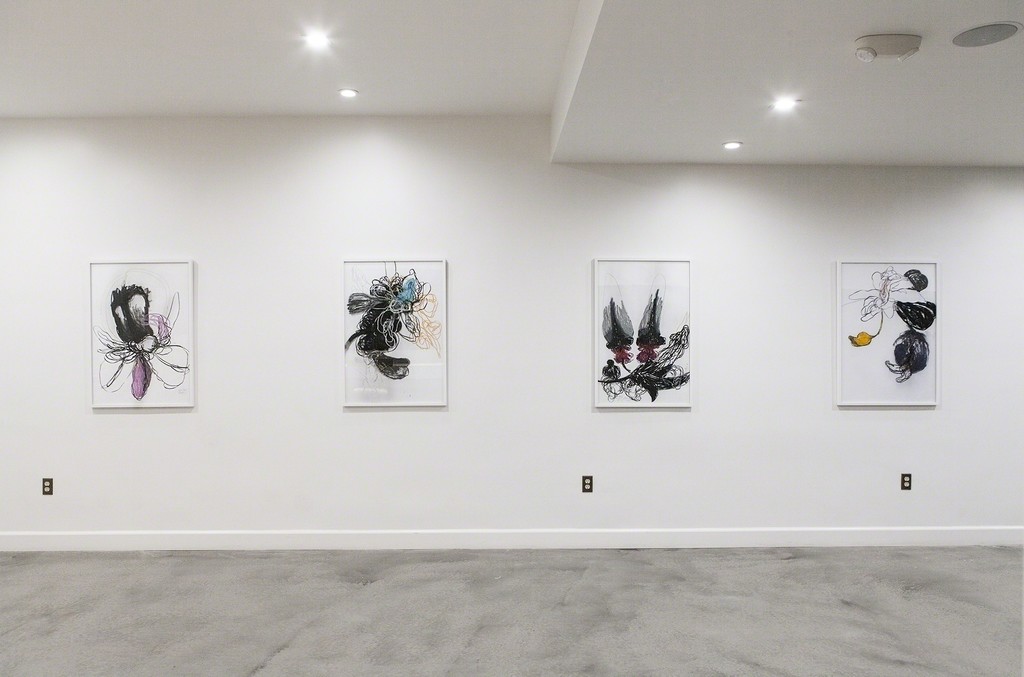 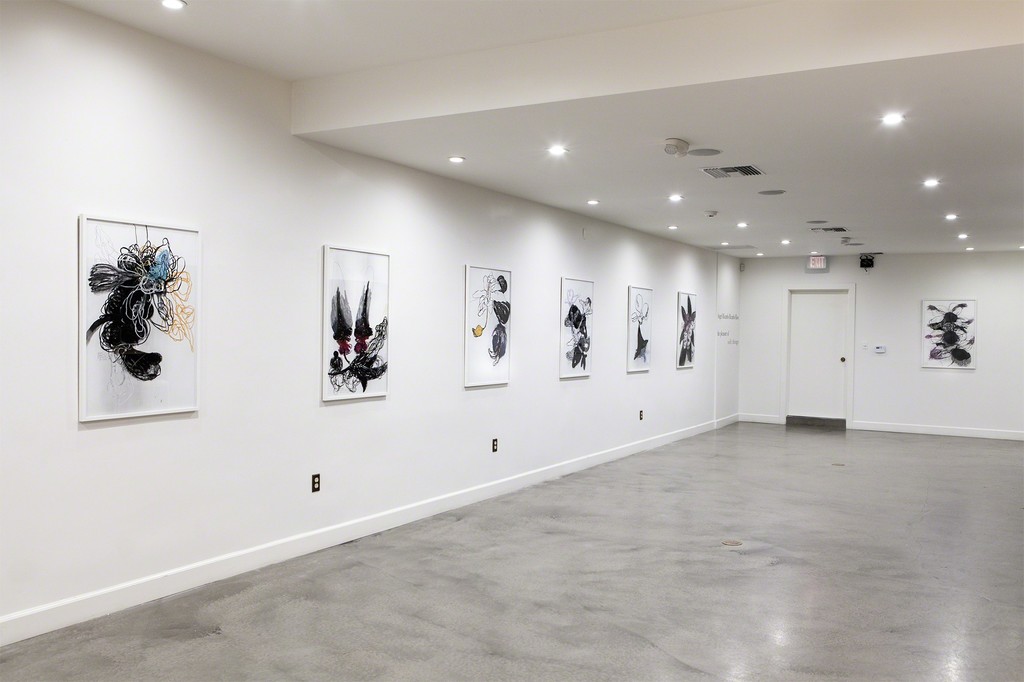 Angel Ricardo Ricardo Rios (b. Holguin, Cuba, 1965) has a deep understanding of the political and social potential of the body. He received his degree in fine art in his home country of Cuba before relocating to Mexico where he currently lives and works. Drawing influence from the cultural and political landscape of both nations, the artist moves fluidly between sculpture, painting, drawing and design as a means of engaging the erotic potential of organic, fleshy forms. This emphasis on the relationship between volumes in space has guided the artist’s practice for over 15 years— Ricardo Rios’ earliest works on paper were drafted as studies for three-dimensional art objects, and later served as outlines for large-scale paintings.

The Pleasure of Soft Things marks the artist’s return to drawing, for which he distills the political potential of Eros down to an immediate gesture. Angel Ricardo Ricardo Rios often explains his large format works as an attempt to get “inside” the painting, and this same physicality is evident in his works on paper, which he drafts loosely and intuitively using charcoal and oil pastel. The tactile relationship between the artist and object is unmediated by tools or brushes, which Ricardo Rios feels anesthetizes the physicality of his practice. This notion of tactility is central to The Pleasure of Soft Things, which aims to unify the categories of viewer and object with an emphasis on the erotic corporal quality of the flower. In Ricardo Rios’ garden, markers of male and female melt and merge, allowing for an awareness of shared physicality. Protuberances become cavities, while rigid, unyielding forms multiply, rupture, and appear to bear fruit before our eyes.

Angel Ricardo Ricardo Rios lives and works in Mexico. The artist has had recent solo exhibitions at the Mexico-Oaxaca Museum, Juan Ruiz Gallery in Miami, Building Bridges Art Foundation in Santa Monica and the Palos Verdes Arts Center. Group shows include HERE ARE at Projects Gallery in Philadelphia, Mexico Hands at the Frank Mayer Museum in Mexico City, and Soft and Fresh at the Museo Nacional de Bellas Artes in Havana. His work has also been showcased at numerous international art fairs including the National Biennial of Visual Arts in Yucatan, the Rufino Tamayo Painting Biennial, and the Havana Biennial. Ricardo Rios is part of Building Bridges Art Foundation International Art Program in Los Angeles. He studied fine art at the Escuela Nacional de Bellas Artes as well as the Instituto Superior de Arte (ISA) in Havana, Cuba.

Exhibition made possible in part by Building Bridges Art Exchange.