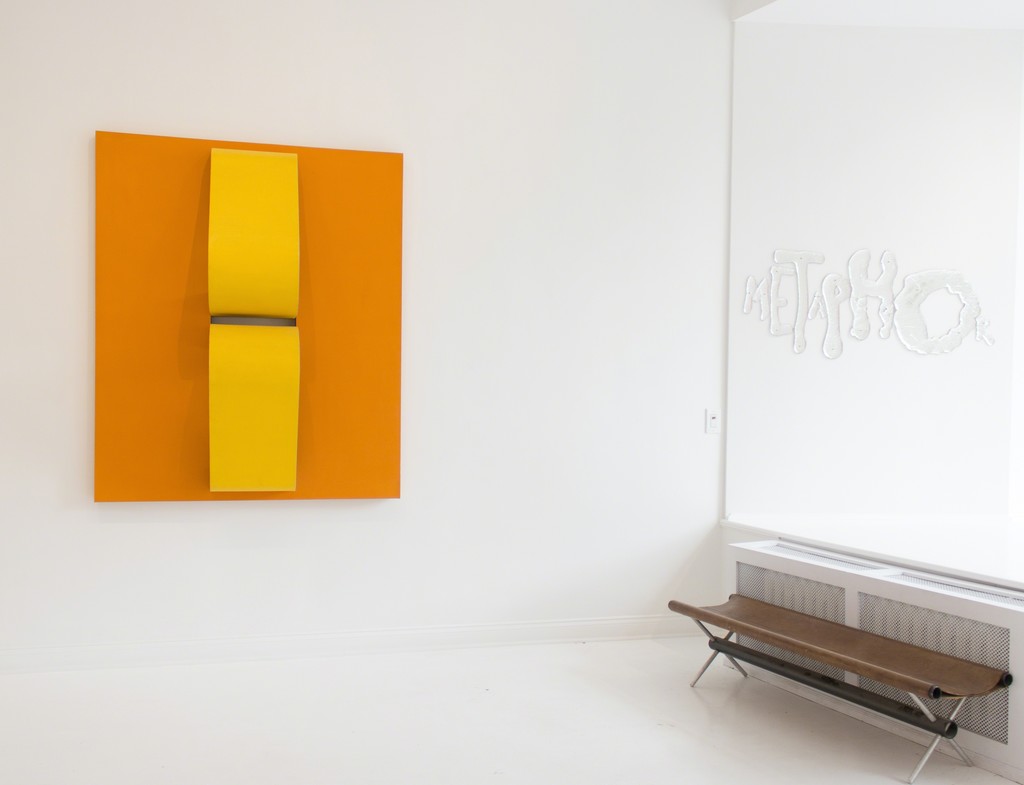 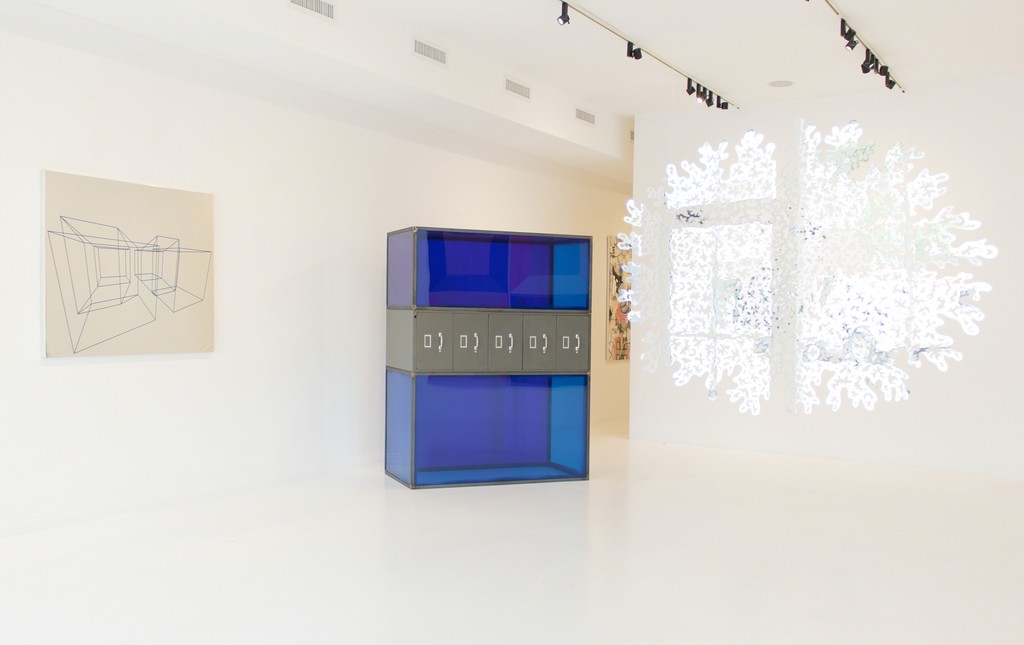 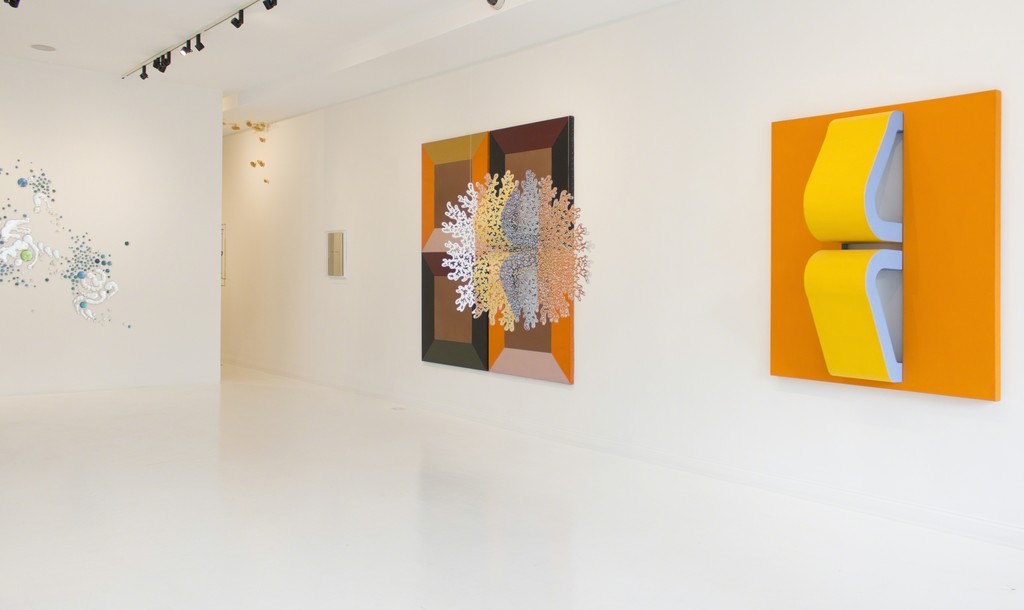 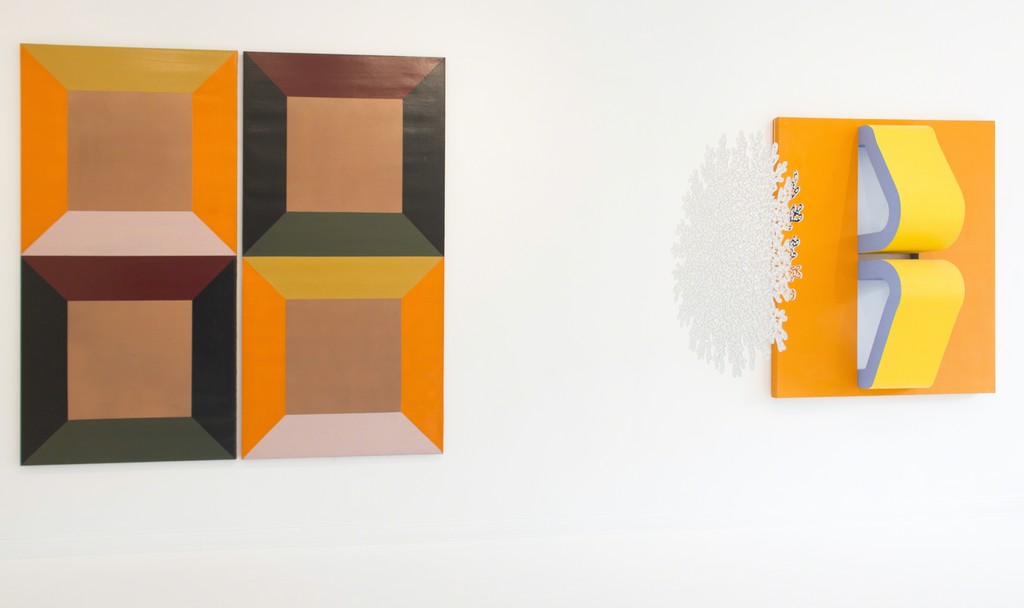 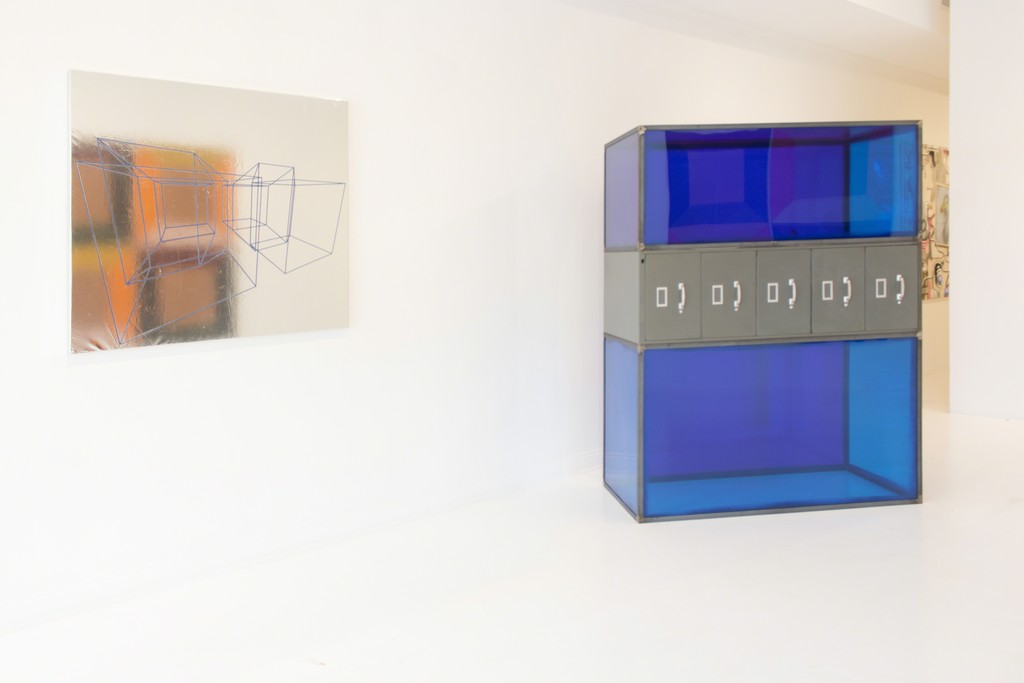 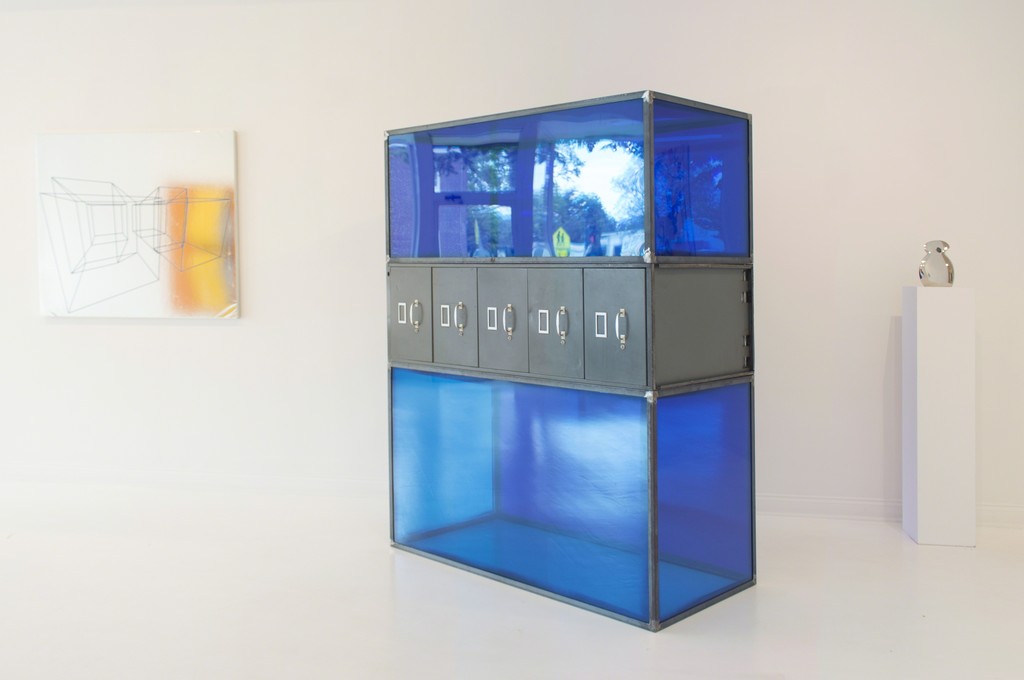 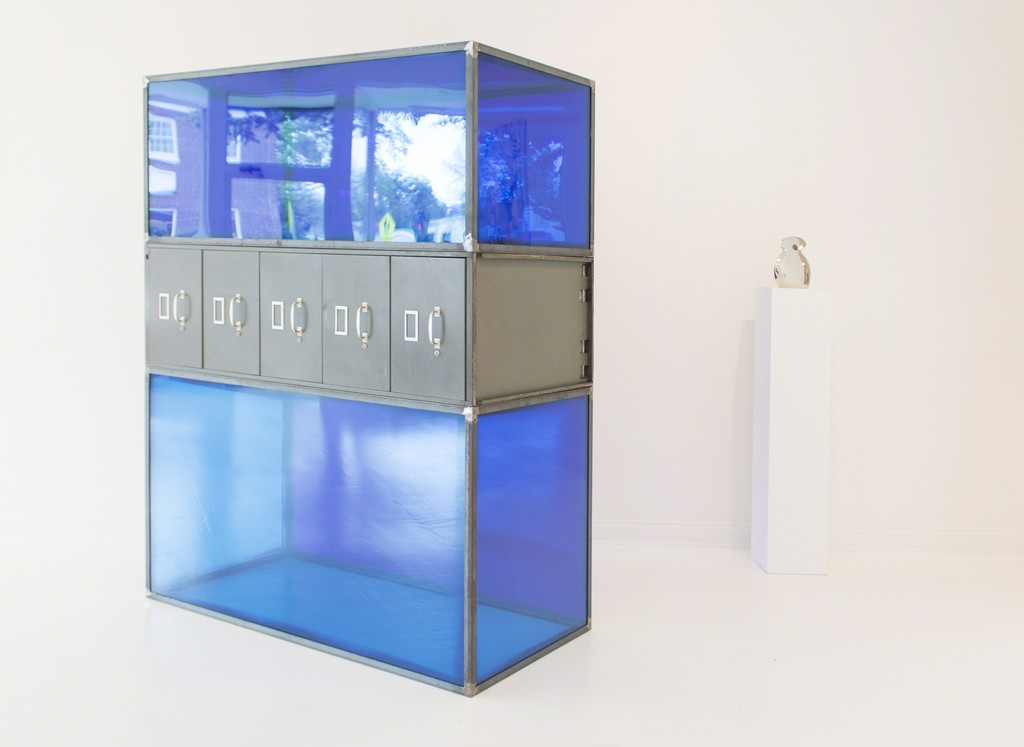 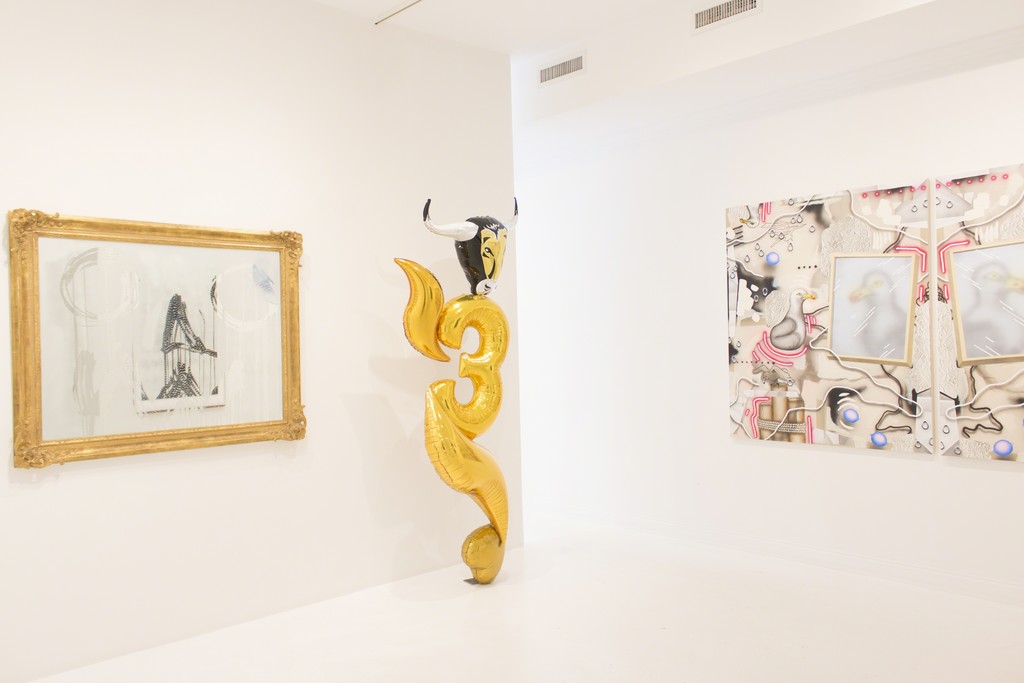 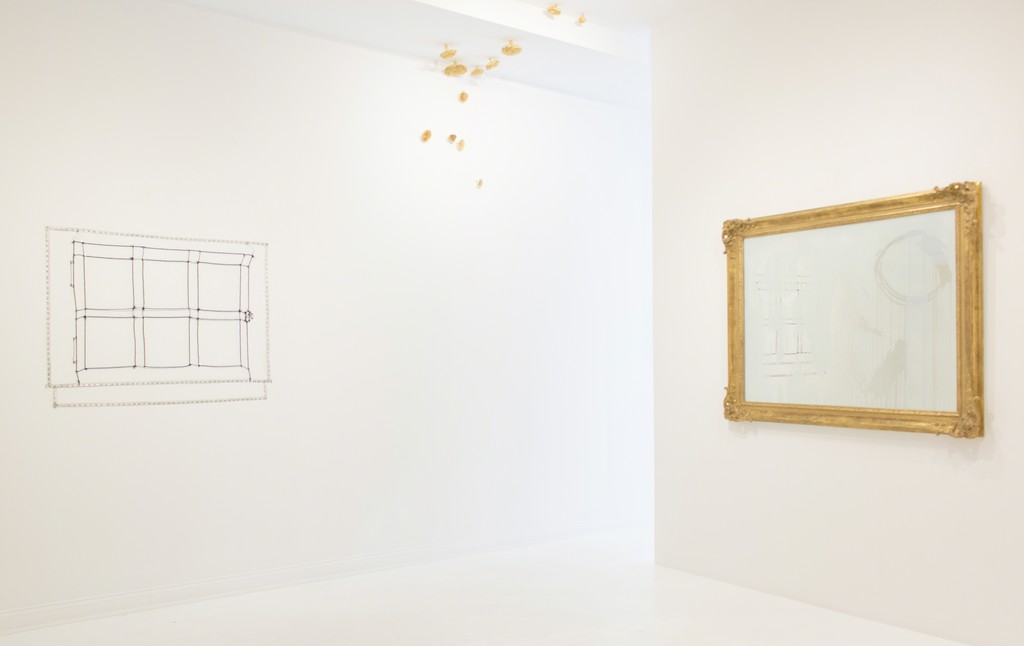 Eric Firestone Gallery presents MirrorMirror, a group exhibition featuring works by artists concerned with reflective surfaces, the quality of a mirrored object's reflection, and doubled images. With uncertain edges shaped by bouncing rather than absorbing light, a mirror offers an alternate impression of the world it's reflecting. Instead of offering a definitive position, the work in MirrorMirror deflects absolutes and proposes a narrative that begins to describe the interstices between art and the viewer, that magic space that has dominated art and art theory of this century and last.

How does an artist begin to explore the intervening space between an object's perceived edge and the viewer's eye? Robert Irwin famously forbade photography of his work because he argued that a photograph could only convey an image and not its presence, arguably the crux, of his work. In an art world saturated with Instagram images and digital aberrations, the work in MirrorMirror is timely in that you must, "see it to believe it" or rather be in front of the art to grasp its full effect.

The conceptual artist Slater Bradley often integrates his biography into allegorical imagery, creating abstract self-portraits that are also mirrors. The black textured surface of G1 Magnetic Wave Shield, 2016 obscures expectation and allows us to fill in the dense pictorial plane. In Sven Lukin's shaped canvases of the 1960's, the artist "transforms windows into objects", as the art critic Frances Colpitt writes. Exploring what lays beyond the picture plane of painting, Lukin's paintings are constructed to extend into a third dimension but remain just shy of it, irreverently rejecting the flatness of painting and the roundness of sculpture at once.

Jen Stark, best known for her psychedelic explosions of dripping color, explores the concept of self-reflection in Rainbow Mirror, a mirror with a cut-out pattern that casts a colorful glow intended to interrupt the viewer's reflection. Playing with ideas of replication and infinity, her work illustrates the thin veil that separates this reality from another. Much like Alice walking through the looking glass into Wonderland, Stark steps into another realm as she proposes transcendence and observation as tools toward self-awareness.