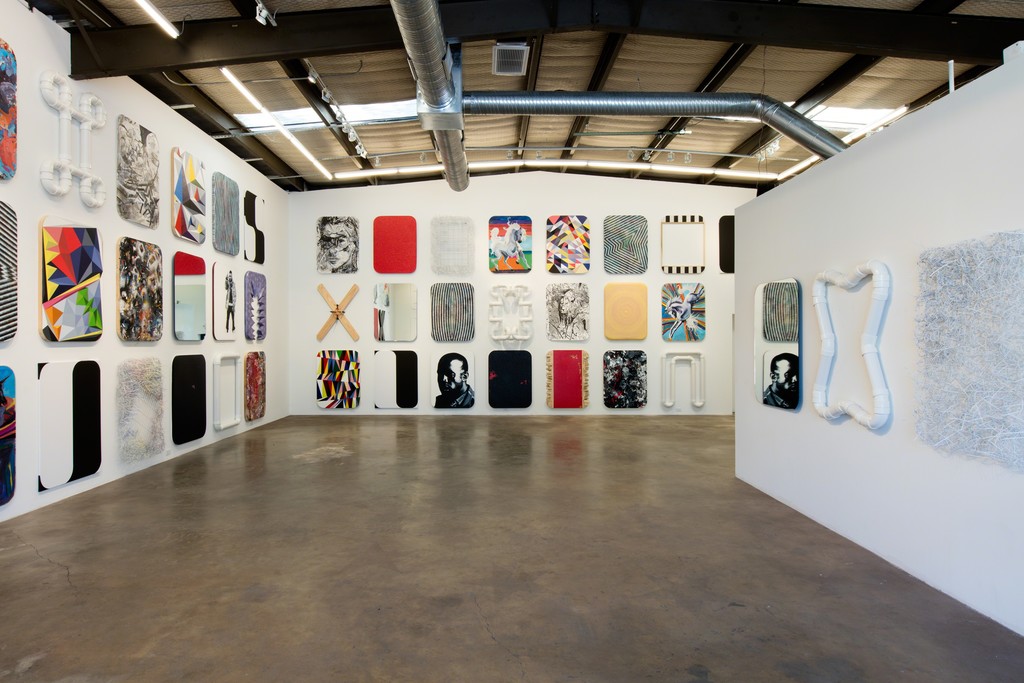 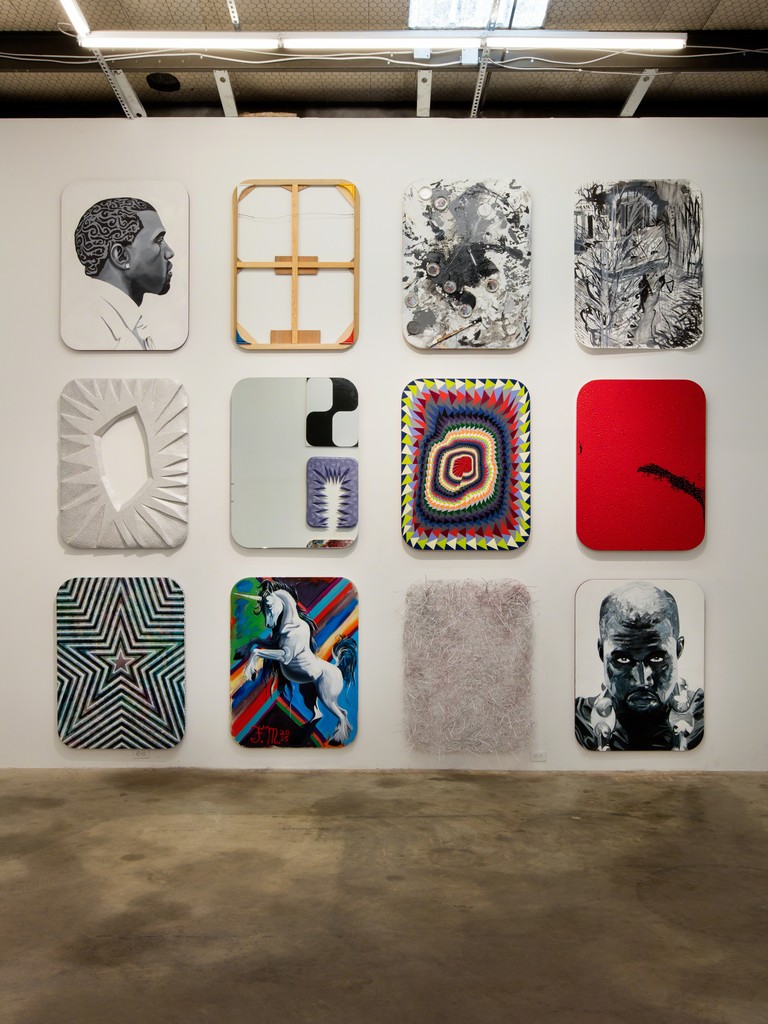 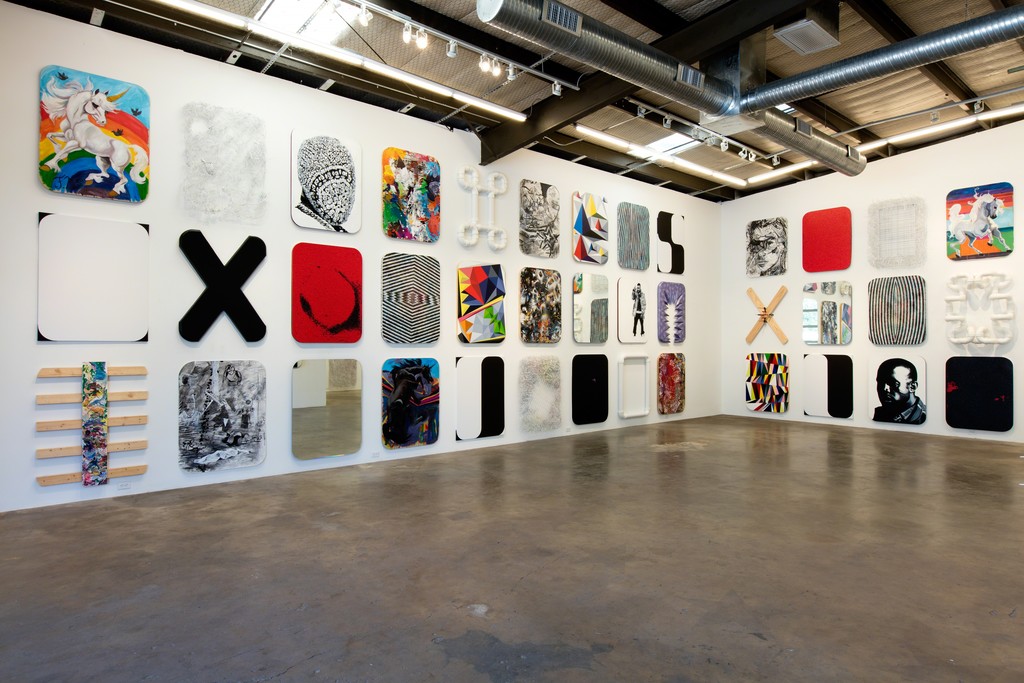 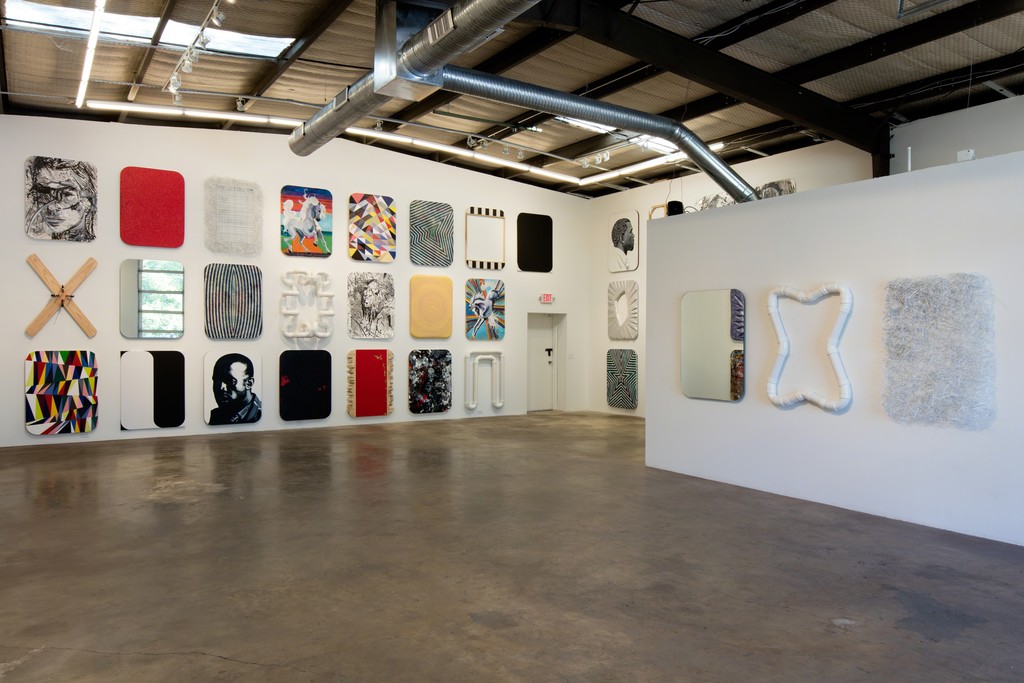 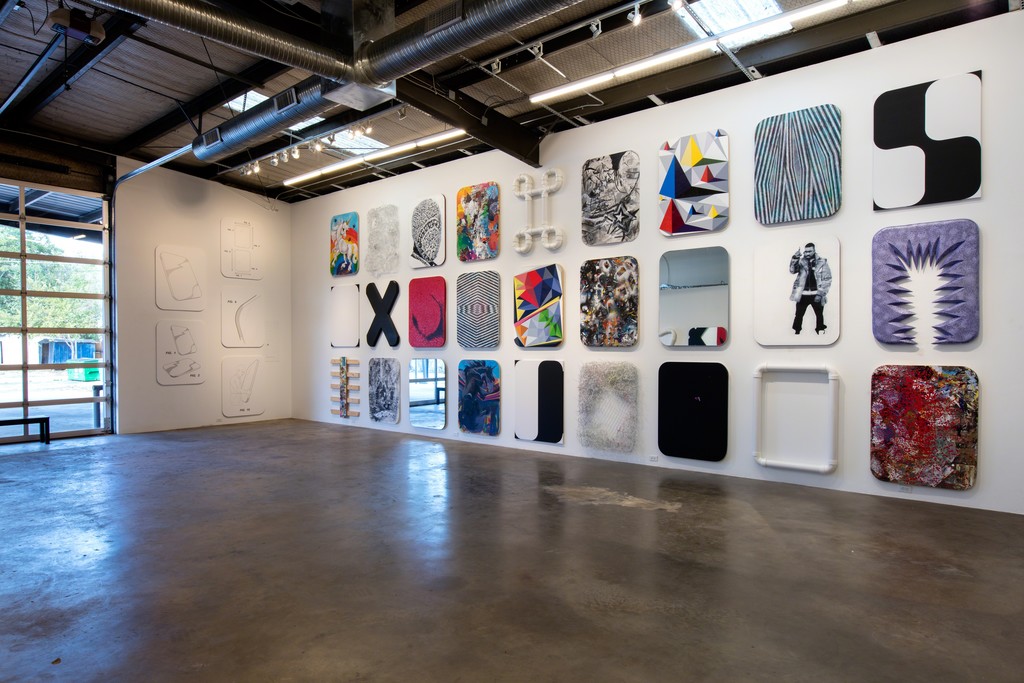 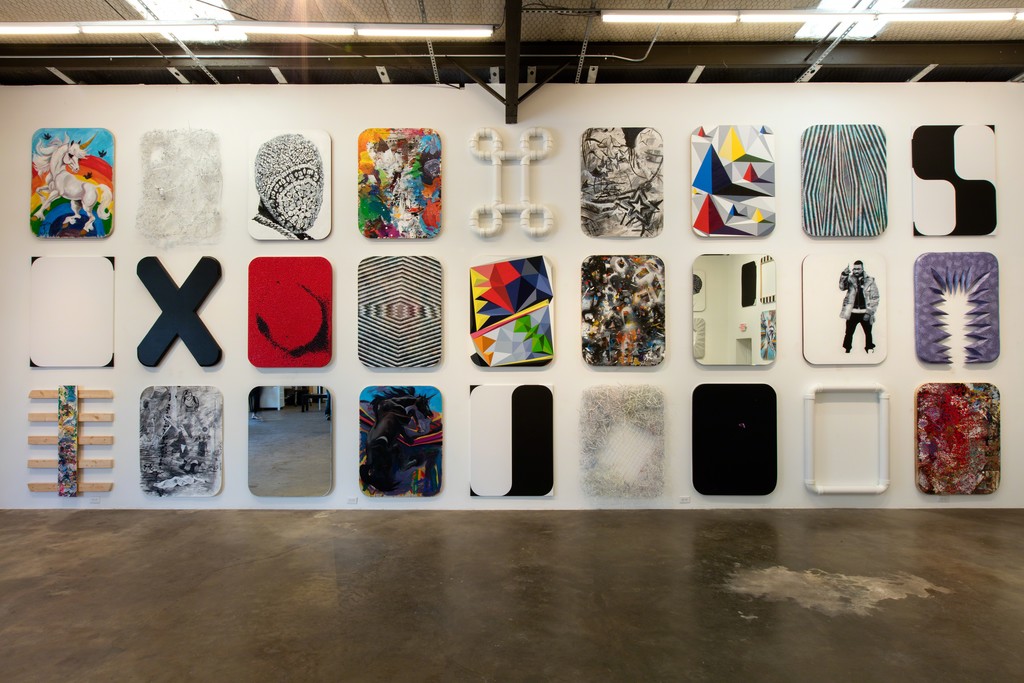 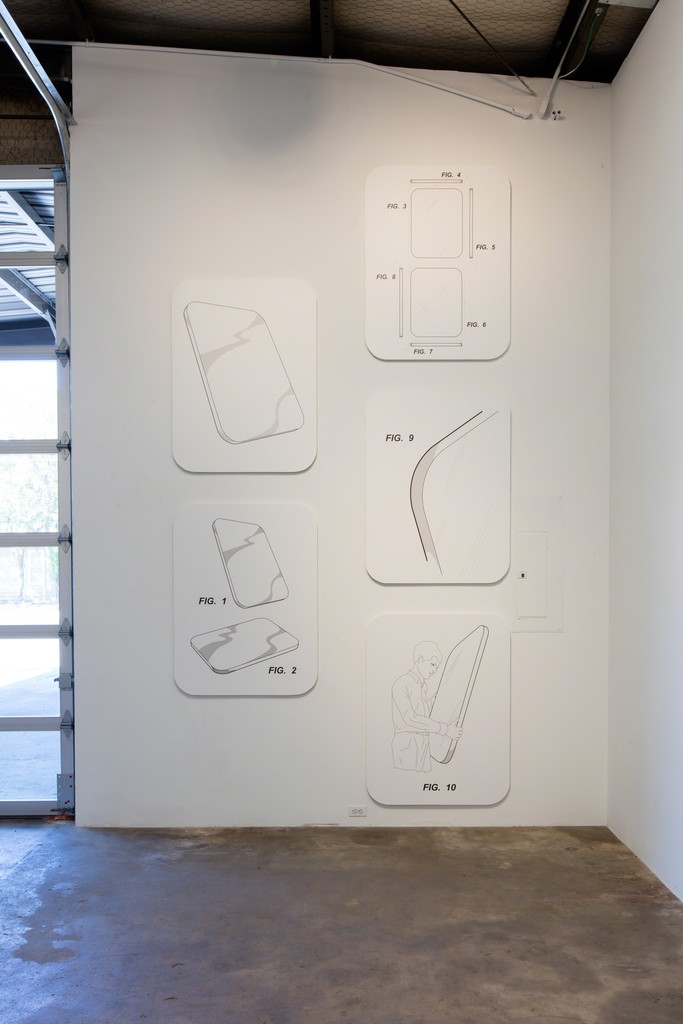 [Dallas, Texas – July 11, 2015] ERIN CLULEY GALLERY is pleased to announce an exhibition by artist FRANCISCO MORENO September 19th through October 17th, 2015. The exhibition will open with a reception for the artist on Saturday September 19th from 6:00 to 8:00 pm. Moreno’s exhibition opens in conjunction with the celebration of the gallery’s One Year Anniversary.

In his first solo exhibition with the gallery, FRANCISCO MORENO will present SLATES – a project embracing multiplicity, materiality, creativity, change and exploration. In SLATES, Moreno has developed a controlled system enabling him to approach the project with the freedom to investigate a widely diverse set of ideas. In this systematic approach, Moreno has set guidelines for each work to be within the format of 36 by 48 inches with 5.5-inch radius curved corners.

With access to a limitless array of materials, technology and art historical references, artists today are presented with endless possibilities for creative production – a daunting, and at times paralyzing, juncture. Each tool at the artist’s disposal symbolizes the potential for a new trajectory to explore. As the artist chooses an idea or style, they simultaneously renounce all others.

Rather than renouncing these ideas, Moreno embraces multiplicity by using the freedom gained from the structured and measured format of the SLATES system. Creativity and development are at the forefront of artistic production; this idea is part of a belief system, which fuels Moreno’s process.

SLATES was developed from Moreno’s widely known paintingdebt series – an experimental and systematic painting project started in 2013. The ongoing series of 500 paintings are small, modular, and sold at an affordable rate to pay off his student loans.

FRANCISCO MORENO was born in Mexico City in 1986, ultimately moving to Arlington, Texas in 1992. In 2006, he attended the Conceptual Design Summer Program at the Tecnológico de Monterrey, Querétaro Campus in Mexico. Moreno returned to Arlington to complete his Bachelors in Fine Art at the University of Texas at Arlington in 2010 where he received the James S. Barnett Jr. Ideas in Art Charitable Foundation Scholarship. In 2012 he graduated with a Masters in Fine Art from the Rhode Island School of Design with the prestigious Presidential Scholar Tuition award. Moreno’s work has been exhibited in New York City, New York; Providence, Rhode Island; Stowe, Vermont; Concord, Massachusetts; Dallas, Texas; and San Juan, Puerto Rico. His WCD Project, a major painting and car performance installation, was debuted in May 2015 at the Dallas Symphony Orchestra’s first annual Soluna Festival where Moreno was in the company of internationally known artists including Pipilotti Riist and Alex Prager. A solo exhibition of Moreno’s work will open at the Latino Cultural Center in Dallas on Friday November 13, 2015. Moreno is represented by Erin Cluley Gallery in Dallas, Texas.
About Erin Cluley Gallery

Erin Cluley Gallery is a contemporary art gallery representing emerging and mid-career artists from Dallas and the United States. The gallery presents a provocative program of artists working in both traditional and alternative forms including painting, sculpture, new media, photography, sculptural installation and public intervention.

The 2000 square foot space joined a creative movement in the West Dallas/ Trinity Groves development at the foot of the Margaret Hunt Hill Bridge in West Dallas and will celebrate it’s first year in operation in September 2015.

In conjunction with mounting exhibitions inside the gallery space, Erin Cluley Gallery will maintain a focus on presenting public projects conceptualized by its artists. Negotiating projects on the artists’ behalf, the gallery will make this an ongoing component of the exhibition program and an impactful contribution to public art intervention in Dallas.