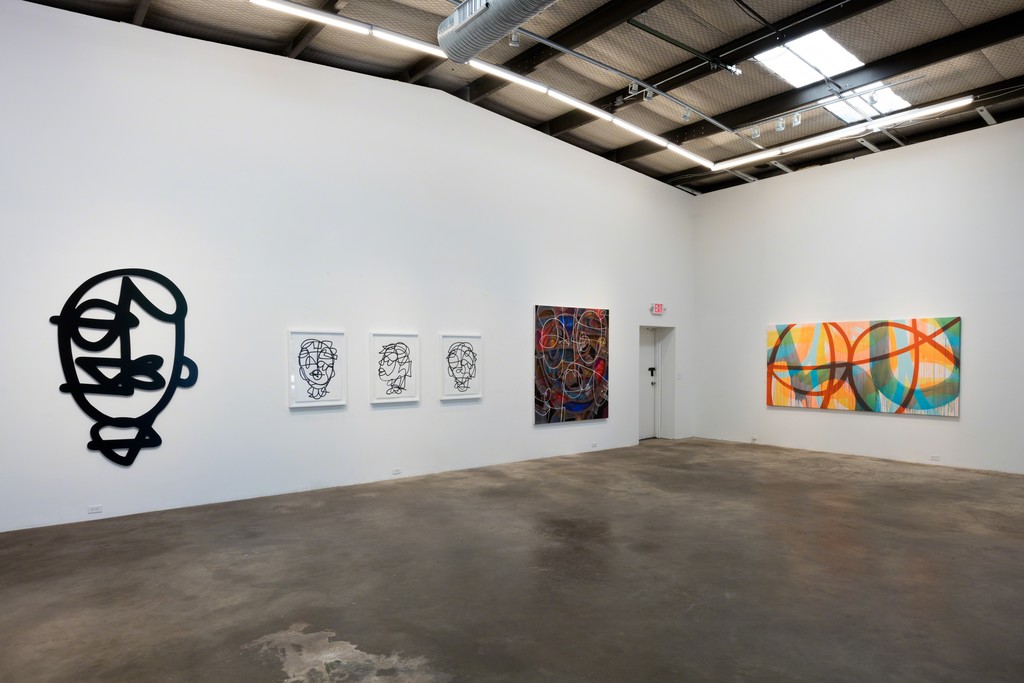 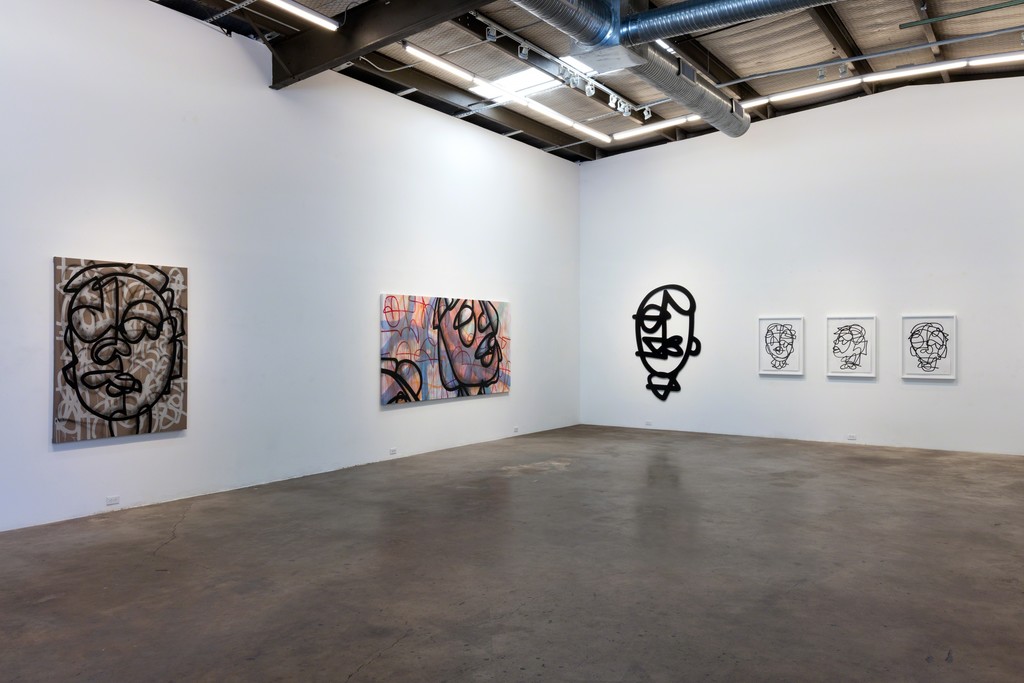 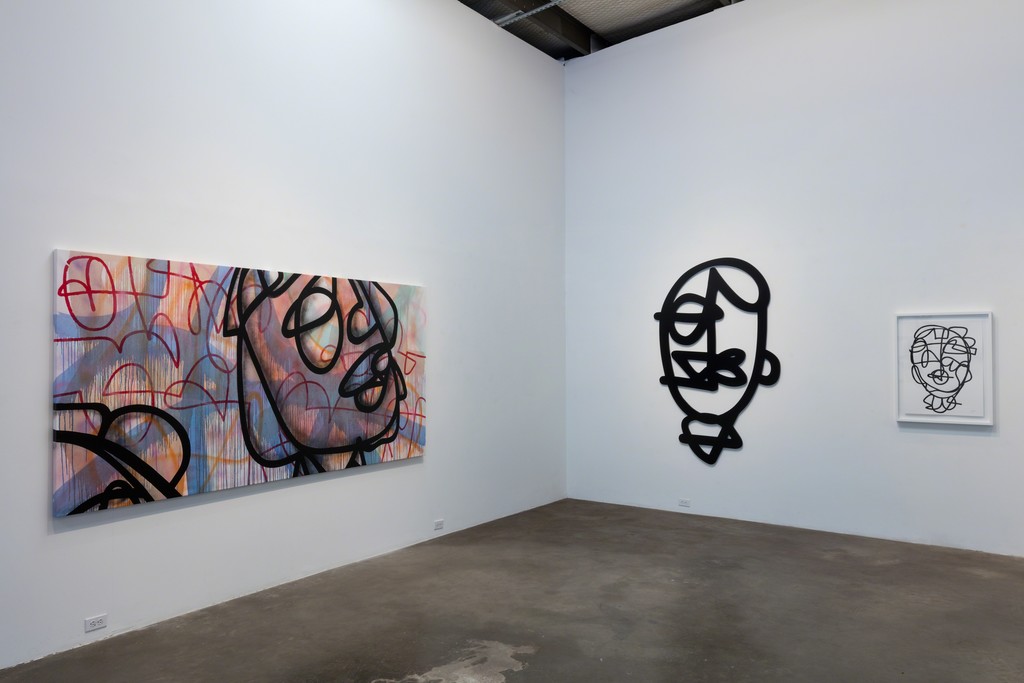 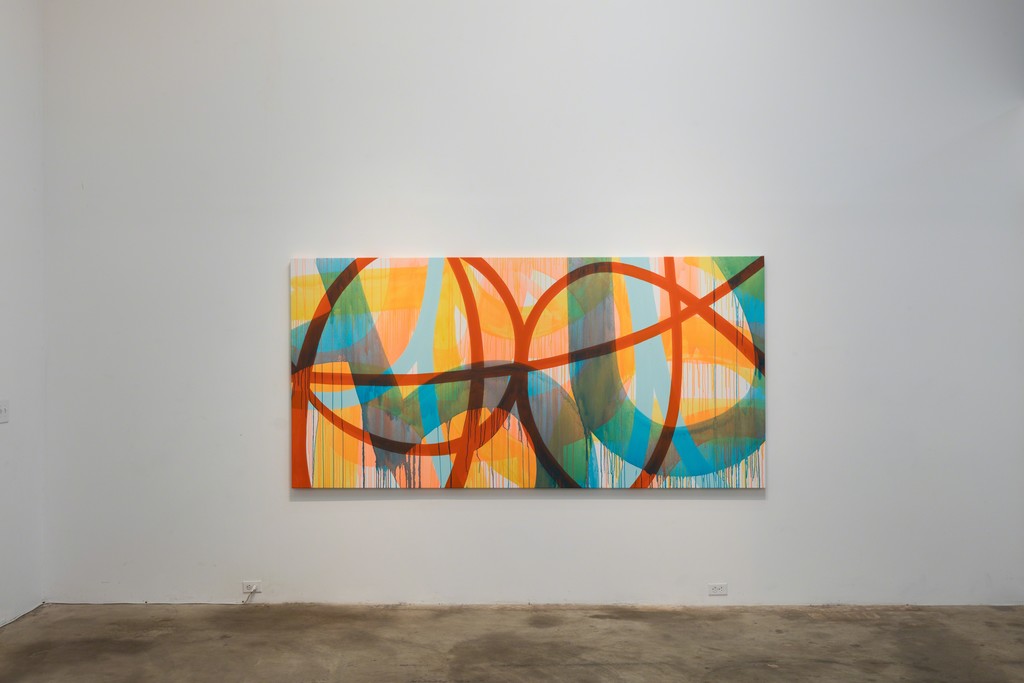 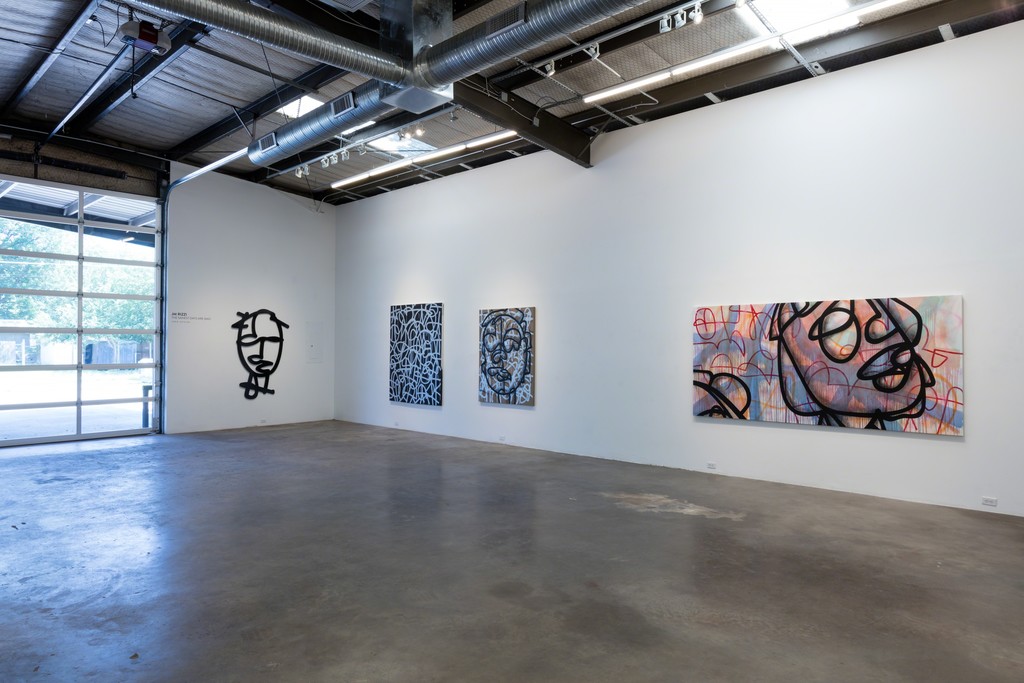 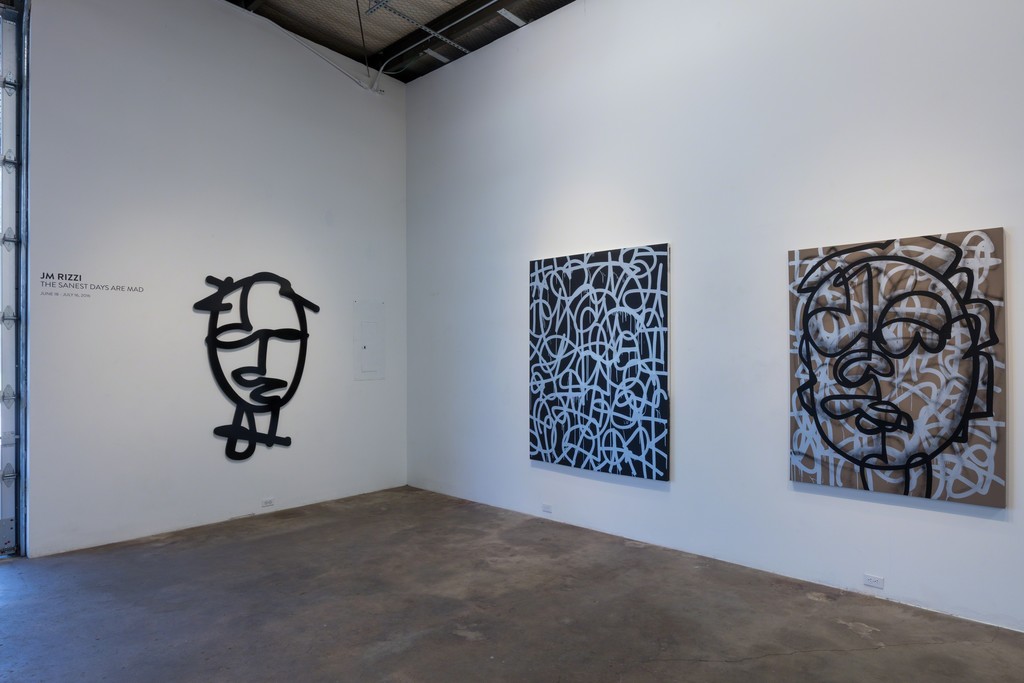 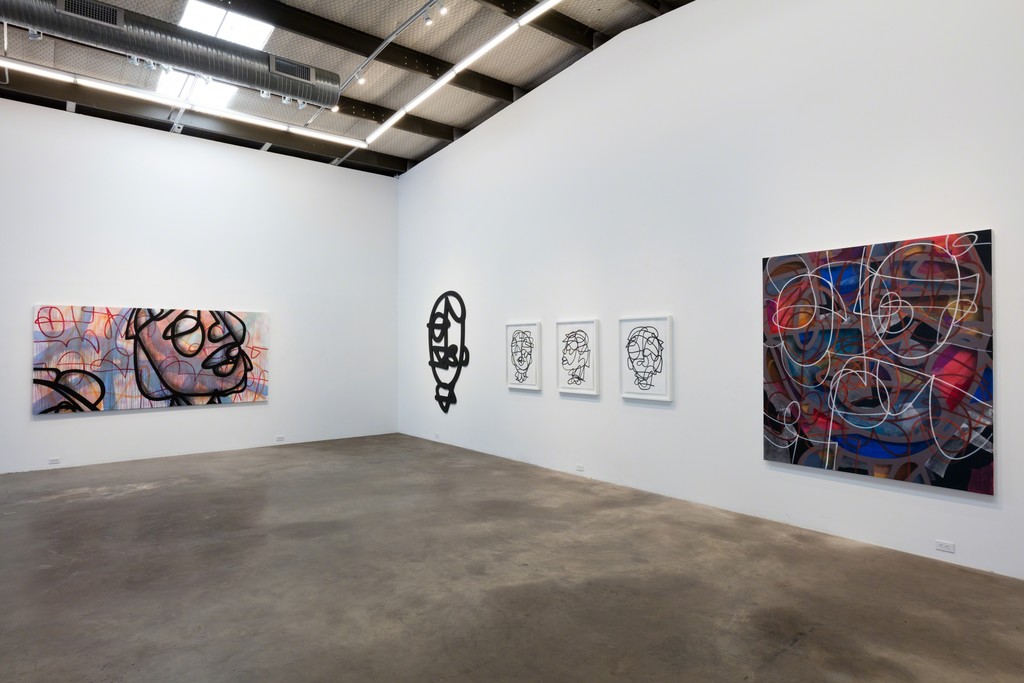 In his first solo exhibition with the gallery, JM RIZZI will present The Sanest Days Are Mad – an exhibition of large paintings and works on paper pushing the school of thought based in urban expressionism. Possessing the appearance of painted city walls, Rizzi’s paintings are created with a multitude of layers creating a seemingly aged surface to be explored by viewers.
JM Rizzi, also known as JMR, has adapted a unique mixture of neo-abstract expressionism with hints of contemporary pop. As he looks to demonstrate the scale and motion set forth by early abstract expressionists, he reinterprets the ideas within his own personal adaptation. Through his individual, hybrid street style, he has taken a practice which began in the streets and employs these same processes in his studio practice. In an entirely new body of work, Rizzi has stepped outside of his comfort zone by experimenting with new mediums but simultaneously keeping within the direction which he has been working in over the last decade.

Originally hailing from Brooklyn, New York, JM Rizzi was surrounded by both the influences of street art and the established art world institutions. He has gone on to create building sized murals in New York and has mounted solo exhibitions in Hong Kong, New York City, California, and Dallas. In addition, he has created large scale installations for Nike. JM Rizzi has shown with street art legends such as Blek Le Rat, Banksy, Shepard Fairey, Swoon, Aiko, Haring, and Basquiat. He has been featured in various street art books and editorial publications such as The New York Times, The London Times, The Wall Street Journal, and Elle Japan.

Erin Cluley Gallery is a contemporary art gallery representing emerging and mid-career artists from Dallas and the United States. The gallery presents a provocative program of artists working in both traditional and alternative forms including painting, sculpture, new media, photography, sculptural installation and public intervention.

The 2000 square foot space joined a creative movement in the West Dallas/ Trinity Groves development at the foot of the Margaret Hunt Hill Bridge in West Dallas and will celebrate it’s first year in operation in September 2015.