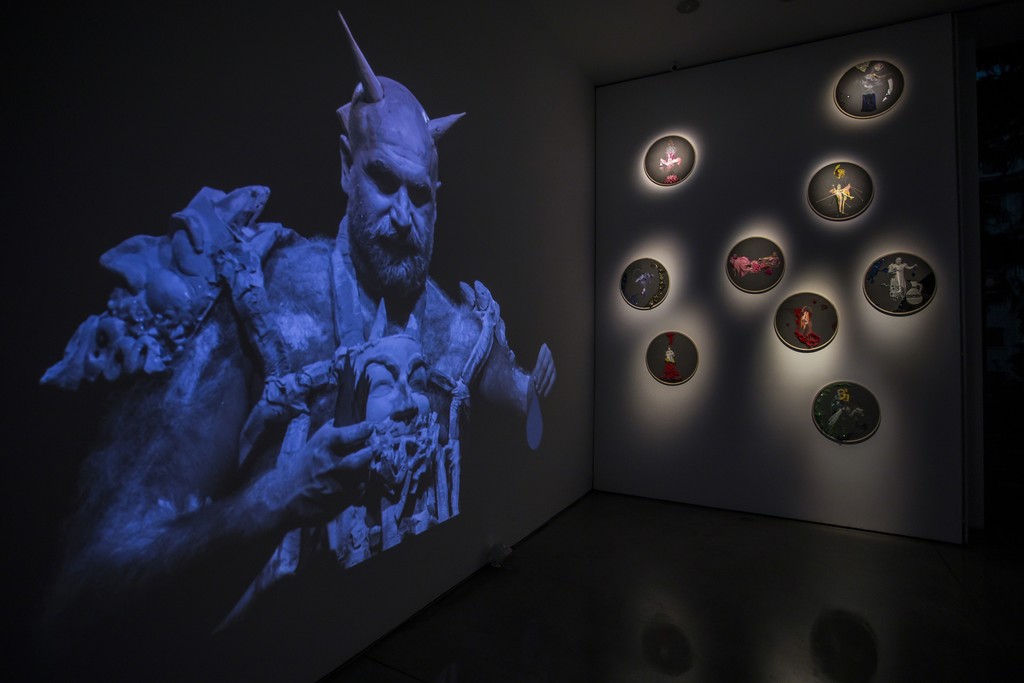 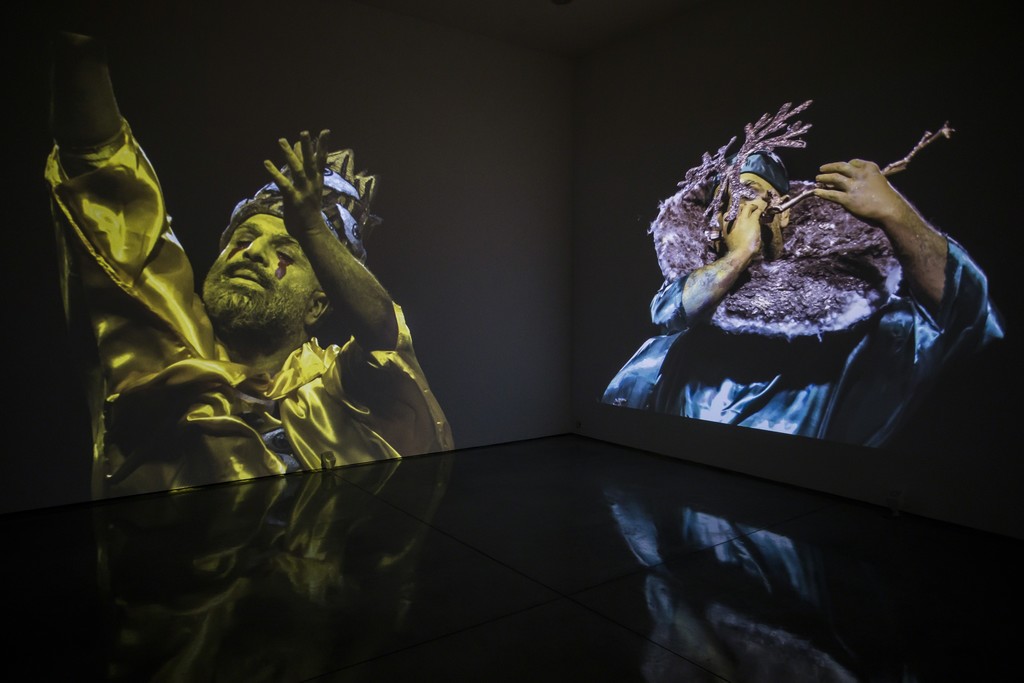 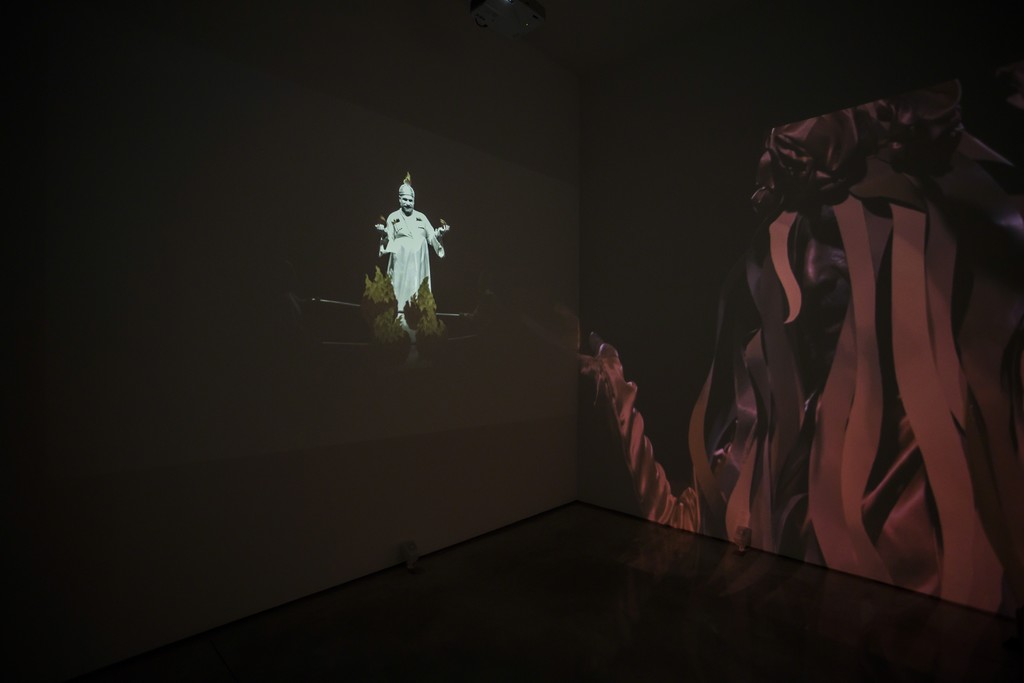 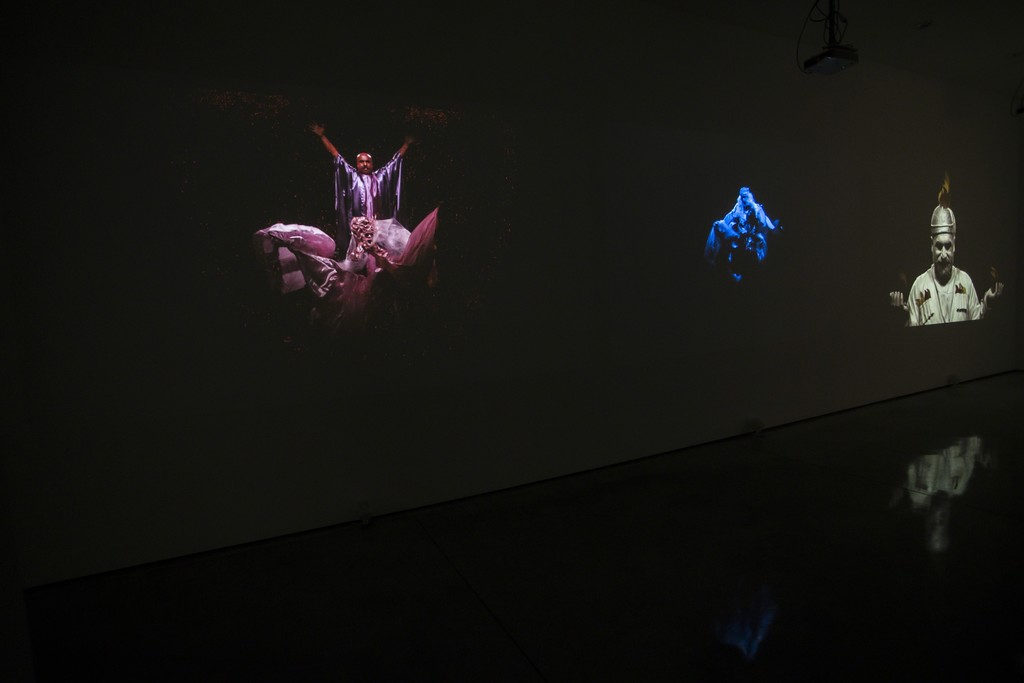 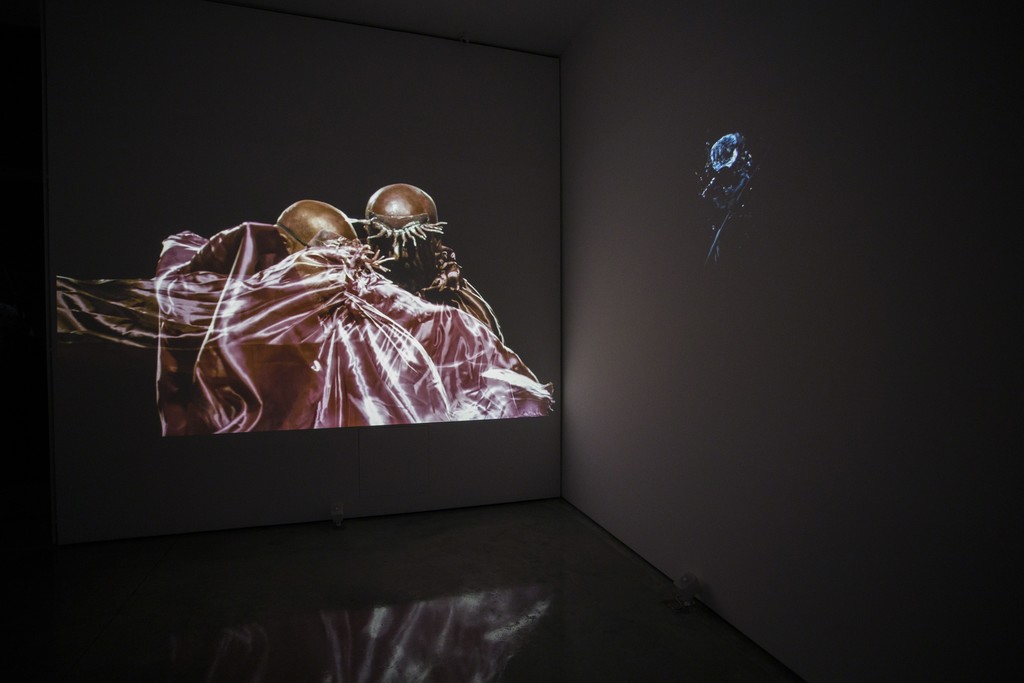 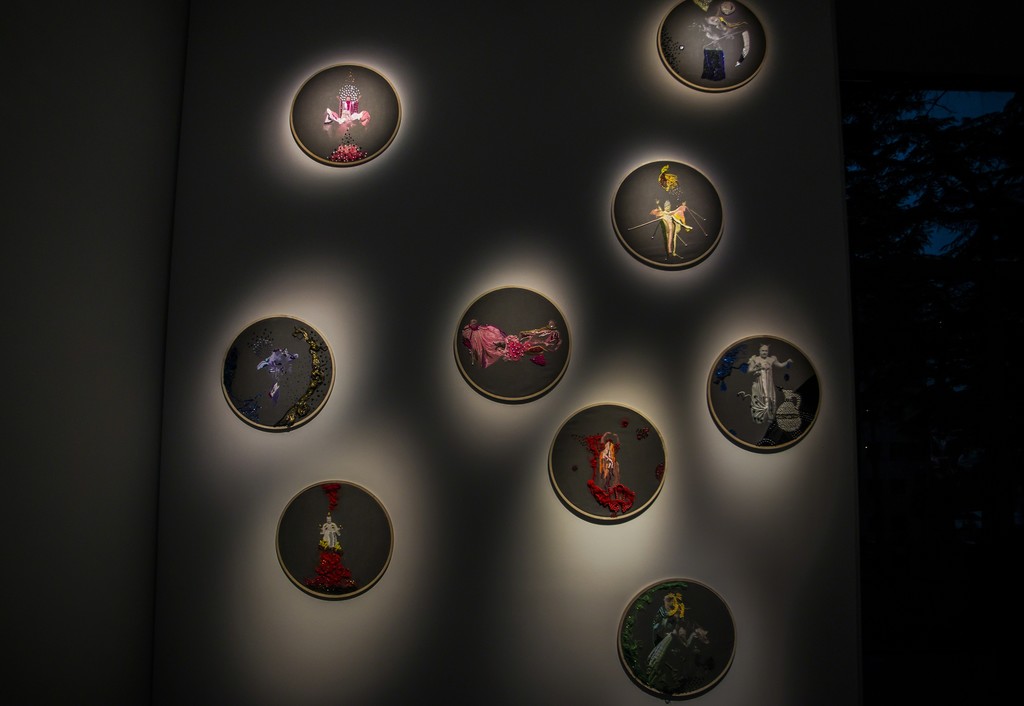 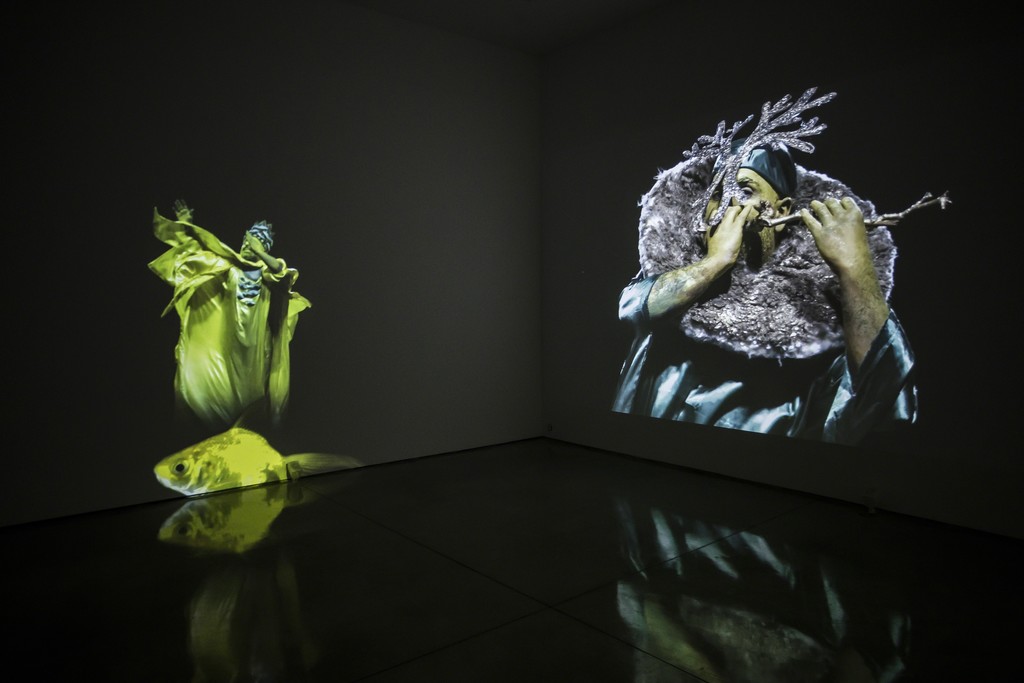 “Super Humans” marks Bekaia’s growing interest in his native Georgian folklore and mythology. Entire gallery space and the window will be transformed into immersive, experiential multi-channel video installation, reviving nine characters from different fairy tales, that had the biggest influence on the artist in his childhood. Loyal to his creative process, this time also, Bekaia hardly relies on actual texts or research; instead, he dives into his own memories and subconscious, reviving remnants of those memories, enriched with his own childhood imaginations and interpretations. As a result, the viewer encounters with almost completely new, re-interpreted characters, containing references not only from the Georgian folklore but also experiences from the western pop-culture, another source of Bekaia’s inspiration. Each character is interpreted by the artist himself and carries very personal, almost symbolical meaning for him. This is Bekaia’s attempt to re- connect with his childhood dream to encounter with the Superman (Übermensch). Sound for the video is also created by the artist, reviving memories from ancient folk songs, Mengrelian spells (the region of Georgia where he is from) and summers in the country side. Along with the videos Bekaia created nine hand embroideries of the Super Humans, where the playfulness of the children coloring books are merged with his widely explored and beloved craft.
Curator: Levan Mindiashvili