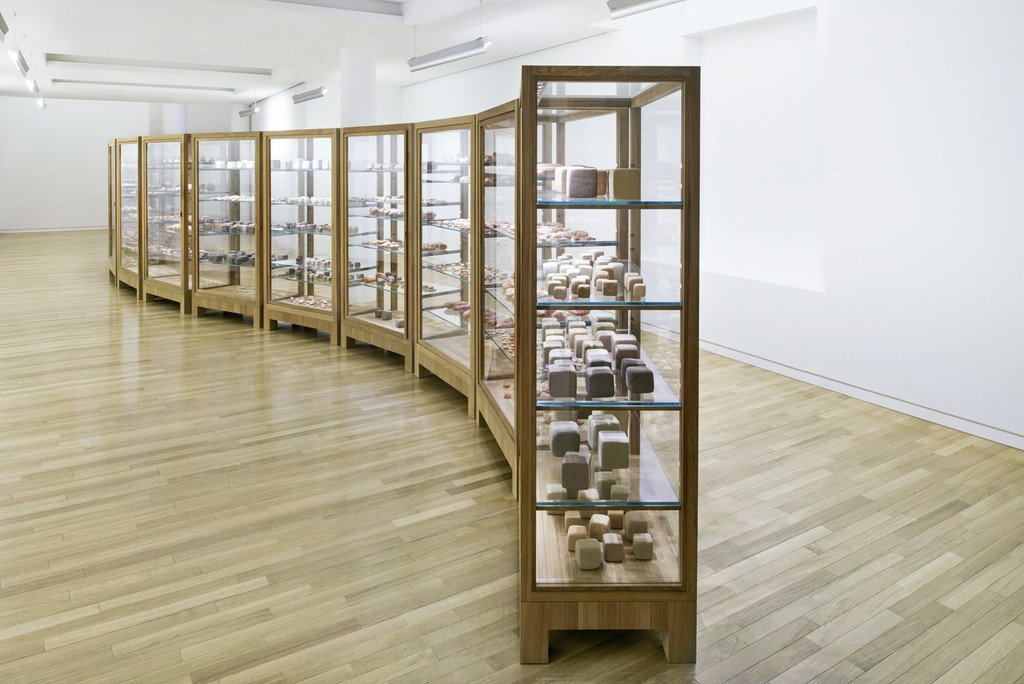 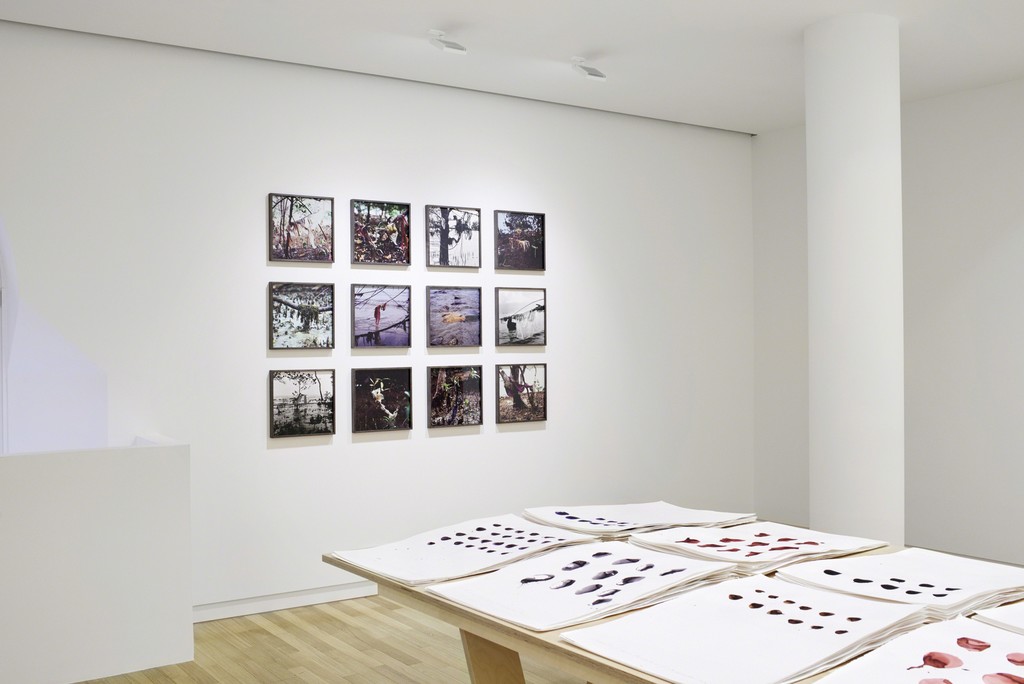 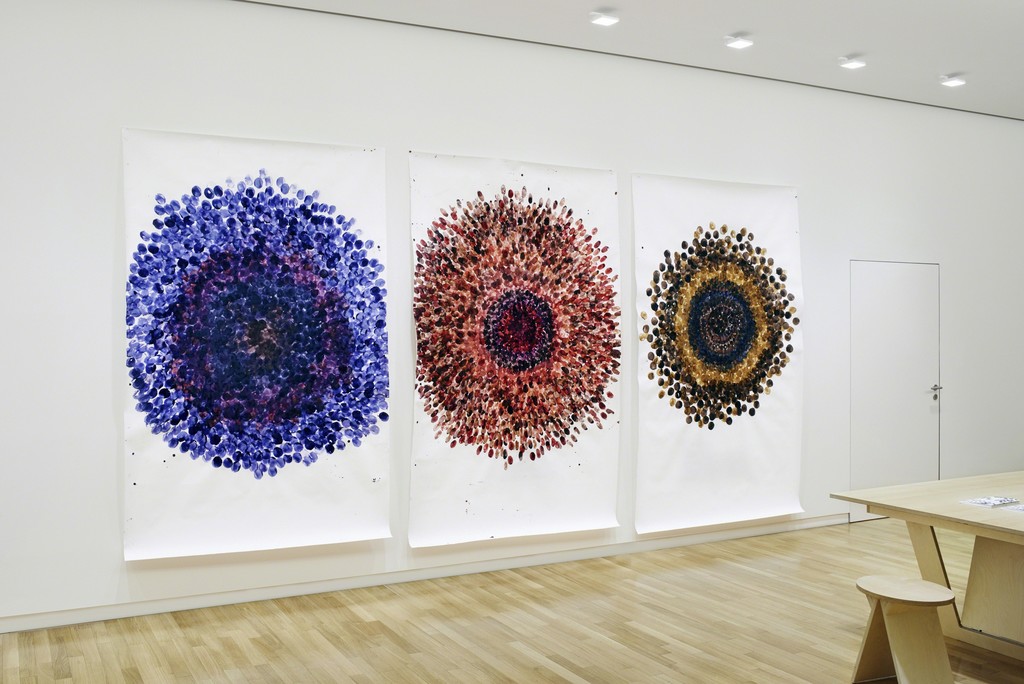 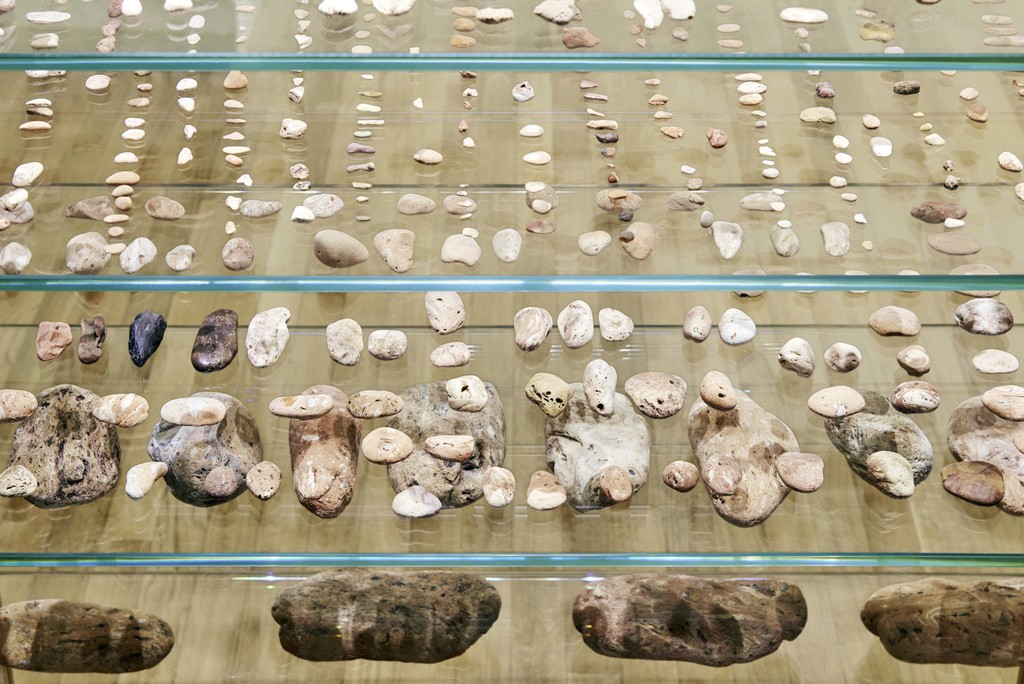 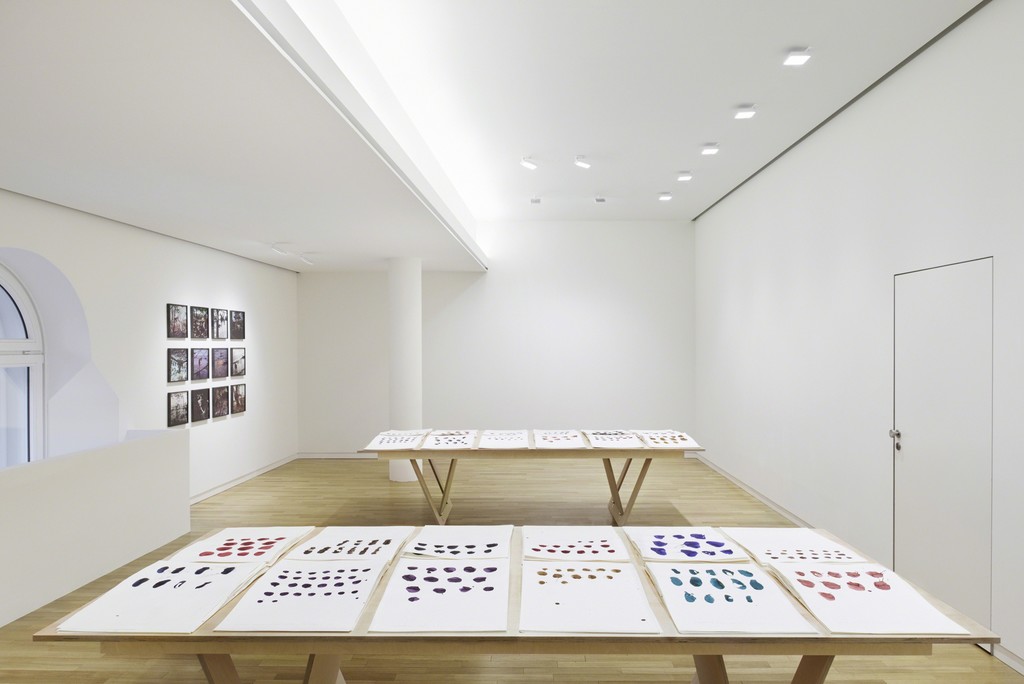 The Espace Louis Vuitton München presents Simryn Gill: Domino Theory, in the context of IN SITU-1

November 25, 2014 The Espace Louis Vuitton München is pleased to present its second exhibition, Domino Theory by Simryn Gill, which constitutes the third and final chapter of IN SITU-1, a new residency and open studio program conceived at three locations of the international Espaces network: Munich, Paris and Tokyo. This joint initiative invites three international female artists to three distinct locations over a six-month period. Each project lasts four months and provides the guest artist with a carte blanche to produce and present new work in the locus of the gallery, offering an unprecedented opportunity for the public to witness both the process and the outcome of artistic expression.

Between September and November 2014, the Malaysian artist Simryn Gill took up residence at the Munich Espace. During her sojourn, Gill occupied the two levels of the gallery to develop new work for her first solo exhibition in Germany.

The lower gallery presents an installation of fourteen large wooden vitrines designed by the artist and the Belgian architect, Hilde Daem. They are filled with materials sent from Port Dickson, Malaysia, where Gill lives and works. Comprising bricks, tiles, occasionally stones and corals collected from beaches, and cubes made from termite soil, they are catalogued in the vitrines based on form, material, function, size, colour and other systems known only to the artist. While these objects have lost their original purpose and meaning, they are defined by the artist’s process and their historic dimension. The work, titled Domino Theory, refers to a term coined by the U.S. government during the Cold War, which hypothesised, that if one country in Southeast Asia was seduced by Communism, the surrounding countries would follow in a domino effect. However, the serial nature and context of the installation eventually suggest, that consumer culture may have triumphed above all.

The upper level of the gallery was transformed into a studio for the duration of the artist’s residency. The outcome is two series of prints made from nearly forty types of potatoes Gill collected from local markets. Titled Let them eat potatoes, these ‘potato portraits’ – or studies - are produced on two types of German paper from twelve shades of Louis Vuitton writing ink. This research into the shapes of potatoes, the colours of ink, and the qualities of paper, has also extended to a series of large circular ink paintings, proclaiming a daring act of ‘reverse exoticism’.

The final part of the exhibition is a series of Ilfachrome and silver gelantine photographs titled Channel, taken in a mangrove forest on the coast of Port Dickson. At first glance the trees and bushes appear to be wearing colourful ‘garments’, yet on closer examination, they are revealed to be entangled with plastic bags and discarded clothing washed ashore by the sea—remains of human activity which display hues similar to the inks of the potato prints, making an unexpected connection. The full set of photographs is reproduced in an artist book completed during the residency.

The program in Munich is completed by a collection of texts with contributions by Susanne Gaensheimer, a conversation between Simryn Gill and Jens Hoffmann, and new essays by three female writers reflecting on the creative process and the idea of starting with a blank canvas: Katja Eichinger (for Munich), Kaori Ekuni (for Tokyo) and Christine Angot (for Paris).

About Simryn Gill
Simryn Gill was born in Singapore in 1959 and lives and works in Sydney, Australia and Port Dickson, Malaysia. Her wide-ranging practice includes sculpture, photography, drawing and writing. She works from her immediate surroundings, employing often modest materials and methods in making works which are attentive to place, provenance and local and personal experience. Her most recent solo presentation, Here art grows on trees, was held in the Australian Pavilion of the 55th Venice Biennale, curated by Catherine de Zegher. Her work was included in dOCUMENTA (12) and dOCUMENTA (13), Kassel, Germany (2007, 2012) and numerous solo and group exhibitions, including at the Museum of Modern Art, New York (2014), the Solomon R. Guggenheim Museum, New York (2013), the Museum of Contemporary Photography, Chicago (2013), the Getty Center, Los Angeles (2011), the Centre for Contemporary Photography, Melbourne (2009), the Museum of Contemporary Art Australia, Sydney (2008), and Tate Modern, London (2006).

About the Espaces Louis Vuitton
Louis Vuitton has a long-standing and substantial history with the art world that ranges from bespoke commissions for stores and collaborations with artists on collections and windows to art talks and educational programs. The Espace concept, dedicated to the presentation of cultural and artistic expression, is the latest venture of this inspired association. The first Espace was inaugurated in 2006 in Paris. Additional spaces have since opened in Tokyo, Venice, and, most recently, in Munich. While the Espaces are tightly intertwined with their local contexts, their collective aim is to support emerging and established artists in developing and presenting new work, and to contribute to the broader discourse of contemporary art by presenting new curatorial encounters for the general public. With more than 320 square meters of space devoted to the arts, the Espace Louis Vuitton München presents several feature exhibitions and a related program of public events each year, free of charge. The Munich Espace launched in March 2014 with a group show “No Such Thing As History: Four Collections and One Artist”, curated by Jens Hoffmann and continues with “Simryn Gill: Domino Theory”, in the context of the IN SITU-1 residency and open studio program.

All exhibitions and related events are free of charge.