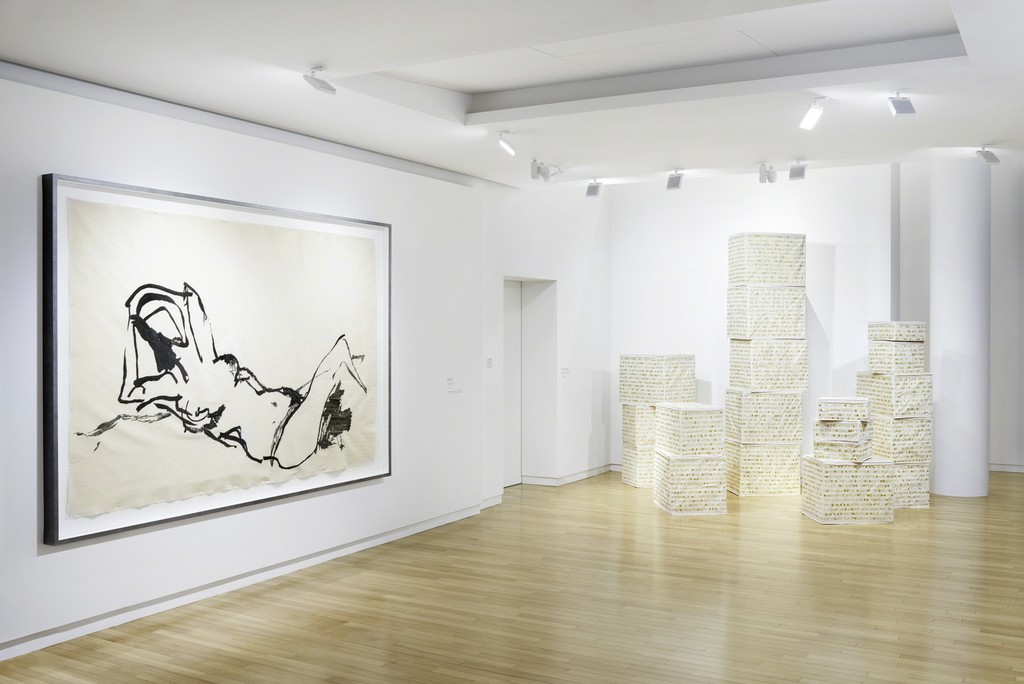 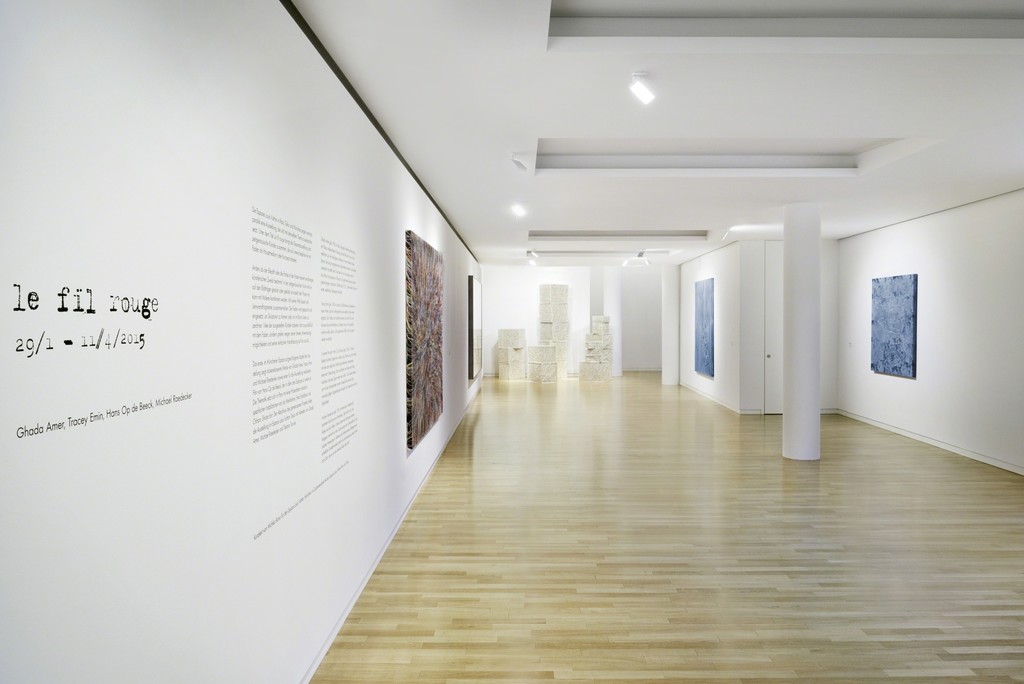 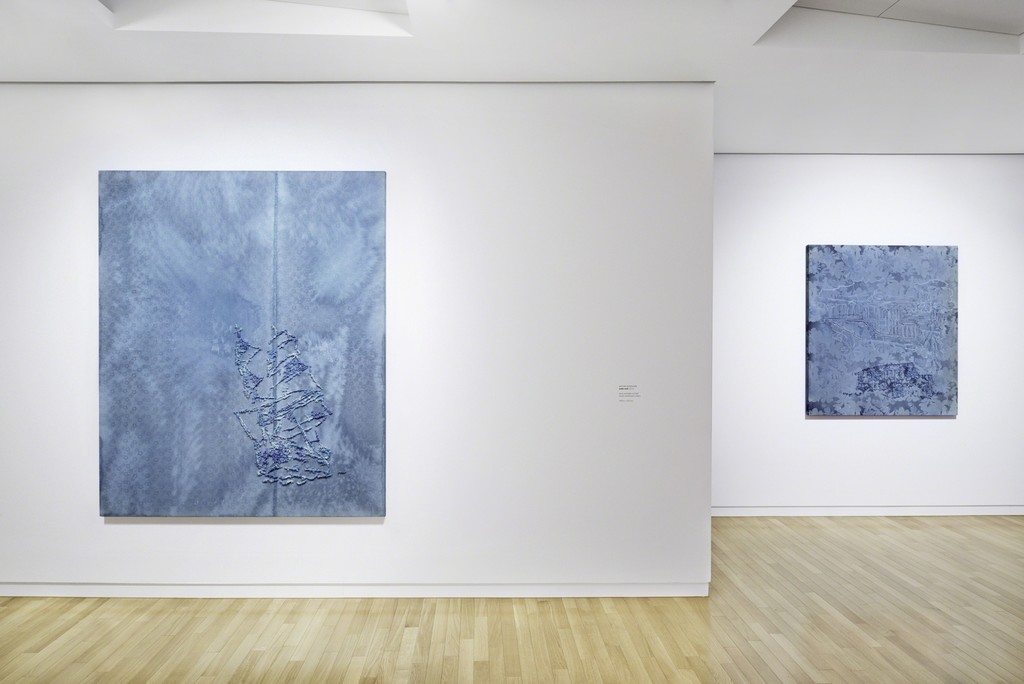 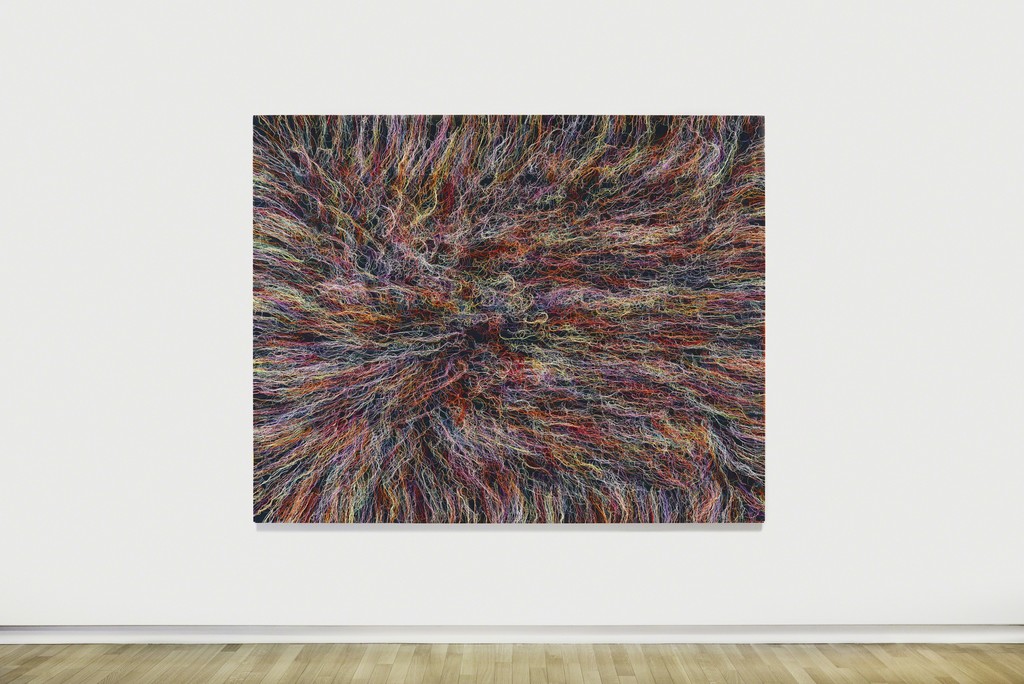 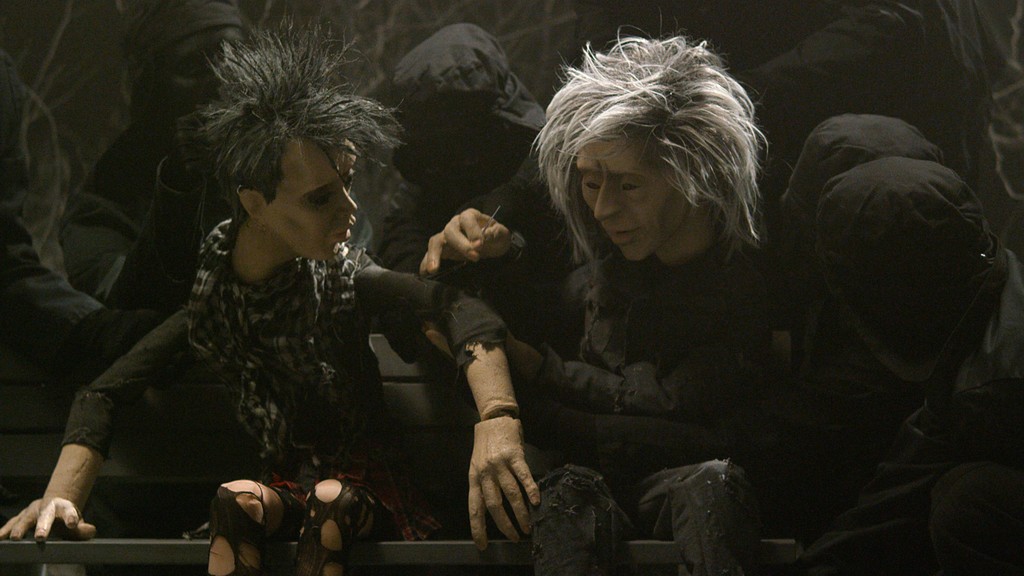 The Espaces Louis Vuitton in Munich, Paris, and Tokyo present Le fil rouge, a group exhibition of new and existing contemporary artworks realized with the medium of thread

The Espaces Louis Vuitton München, Paris and Tokyo are pleased to present Le fil rouge [The red thread], a group exhibition of newly produced and existing works by eight internationally renowned contemporary artists. For the first time, one theme is examined simultaneously at the three venues—with each location showcasing its independent interpretation—and continues the Espace network’s enlivened partnership, which launched in 2014 with the co-production of the open studio programme IN SITU-1.

Le fil rouge explores thread as the prime medium in the practice of contemporary artists. Unlike pencil and paint, thread is not linked to an intrinsic finality, and its materiality encourages infinite artistic expressions and explorations. Replacing the brush, thread in contemporary art is embroidered or glued onto the image carrier, and combined with paint. Canvas fragments are sewn together using thread. By stretching lengths of yarn at different scales and in varied configurations, it is employed to form sculptures, trace lines in space, reproduce architectural principles or seemingly suspend the laws of physics. Many of the exhibiting artists do not work exclusively with thread, but revert to it as a medium that offers a broad spectrum of applications and is easy to handle.

Each Espace presents works by four of the eight artists, referencing the theme and the other artists’ works in an engaging three-way dialogue. The first chapter at the Espace in Munich showcases embroidery-based works by Ghada Amer, Tracey Emin and Michael Raedecker. While embroidery is historically understood as the handiwork of women, with the lowly association of manual work not artistic merit, since the 1990s at the latest it has become the chosen technique of a few female and male contemporary artists. The theme continues in Paris with a show dedicated to site-specific installations by Isa Melsheimer, Fred Sandback and Chiharu Shiota. The Espace Louis Vuitton Tokyo concludes the collaboration with a summary of the topic, presenting works by Ghada Amer, Michael Raedecker and Tatiana Trouvé. Hans Op de Beeck’s newly commissioned film The Thread is dedicated to the theme and will be shown at all three Espaces.

Ghada Amer (b. 1963 in Cairo, Egypt) took to embroidery to “find a woman’s way of painting”, which she pursues by reappropriating images of women from pornographic magazines, originally conceived for the pleasures of the male gaze. The motifs are obscured by tangles of thread, and by making the former hardly recognizable, the artist questions stereotypes and taboos, in particular ones related to feminine pleasure. (Munich, Tokyo)

Tracey Emin (b. 1963 in London, UK) presents a new piece in Munich which continues her expansive body of embroidery works creating evocative impressions of the female nude, historically rendered by the expressive line drawings of male artists. Despite her application of traditionally feminine techniques, Emin does not locate her practice in the feminist tradition and claims that she adopted embroidery because she “always liked sewing”. (Munich)

Michael Raedecker (b. 1963 in Amsterdam, Netherlands) combines “high and low art”, painting and stitching, the former offering a great deal of freedom, the latter following the necessities of function and precise instructions. The paint lends his panels a uniform tonality, while motifs and textures are created by thread, which he applies through embroidery and gluing. (Munich, Tokyo)

One of the themes central to the work of Isa Melsheimer (b. 1968 in Neuss, Germany) is architecture. For the Espace in Paris, she has created a new installation reconstructing in thread hyperbolic paraboloids whose form has inspired many an architect. It served as the basis of the Philips Pavilion, conceived and built by Iannis Xenakis for Expo 58 in Brussels. Melsheimer’s interpretation pays tribute to the architect’s iconic feat and celebrates the material qualities of thread by employing it in three-dimensional space on a grand scale. (Paris)

Fred Sandback (b. 1943 in Bronxville, USA / died 2003 in New York, USA) devoted his practice, which spanned more than 30 years, to the language of yarn. As presented at the Espace Louis Vuitton Paris, the medium allowed him to create room-filling volumetric forms using the most minimal of means. The exhibited signature works express Sandback’s mastery of thread to elaborate on the phenomenological experience of space and volume. (Paris)

Chiharu Shiota’s (b. 1972 in Osaka, Japan) work for the Espace in Paris is an overwhelming exploration of her interest in the topic of life and death. It is an installation of lightbulbs suspended in space and entangled by thread, switching on and off. Shiota’s application of thread, by her own definition, has nothing to do with handicrafts; it simply enables her to explore “breath and space like a line in painting”. (Paris)

Tatiana Trouvé (b. 1968 in Cosenza, Italy) presents an installation at the Espace Louis Vuitton Tokyo composed of 250 suspended plumb lines hovering barely above ground level, none being able to achieve a vertical stance. As with many of her works, the installation blurs the line between the absurd and the rational, the possible and the unimaginable. (Toyko)

In his new film, Hans Op de Beeck (b. 1969 in Turnhout, Belgium) employs puppets for the first time and affords the curatorial theme of the “red thread” with an interpretation derived from Asian mythology. The work continues the artist’s exploration of contemporary society’s complexities and universal questions of the meaning of life and mortality. (Munich, Paris, Tokyo)

About Louis Vuitton
Since 1854, the Maison Louis Vuitton has brought extraordinary designs into the world, combining technical innovation with quintessential style, and always aiming for absolute perfection. The founder, Louis Vuitton himself, was convinced that refinement comes from accuracy, precision and care. The products he fabricated became quickly renowned for their finest craftsmanship and stylistic inventiveness. Ever since, Louis Vuitton has paid utmost attention to finishing touches. The saddle-stitching, using two needles and linen thread coated with beeswax, is just one of the traditional techniques perpetuated at Louis Vuitton workshops. The thread is at the heart of Louis Vuitton's products, whether they be leather goods or ready-to-wear. At the same time, the thread represents the essence of the Maison's craftsmanship, transmitted from generation to generation while being constantly renewed.

About the Espaces Louis Vuitton
Conceived as independent art spaces, the Espaces Louis Vuitton are dedicated to contemporary cultural and artistic expression. The first Espace was inaugurated in 2006 in Paris, followed by Tokyo, Venice, and, most recently, Munich. While all of the venues engage specifically with their local contexts, their collective aim is to support artists in developing new work, and to contribute to the broader discourse of contemporary art by presenting new curatorial encounters for the general public. Admission is free. http://eu.louisvuitton.com/eng-e1/art/espace-louis-vuitton