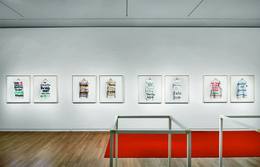 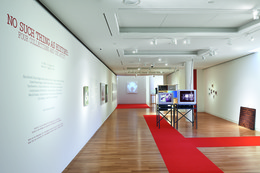 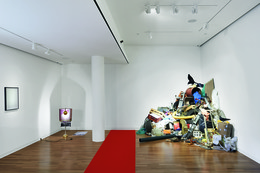 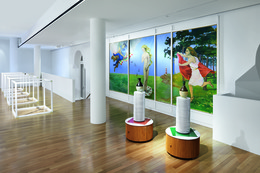 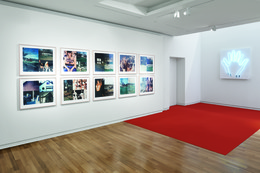 Inaugural exhibition of the Espace Louis Vuitton München: No Such Thing As History: Four Collections and One Artist, presents new photographs by Annette Kelm and selected works from Munich-based private collections, curated by Jens Hoffmann

The Espace Louis Vuitton München is pleased to announce its opening with No Such Thing As History: Four Collections and One Artist (March 29 to August 8, 2014), a group exhibition presenting eight new photographs by German artist Annette Kelm and 24 works from four private collections based in Munich: the ICC, Lorenz/Amandine Cornette de Saint Cyr, Mackert and Wiese collections. Following its sister venues in Paris, Tokyo, Venice and Singapore, the Espace in Munich is conceived as an independent art space with a mission to support emerging and established artists develop new work and also contribute to the discourse of contemporary art by presenting new curatorial encounters to the general public.

No Such Thing As History: Four Collections and One Artist explores the concept of the collection as an archive of art. Like a library, which is an archive of literature, the collection is not only an accumulation of artworks, but also a locus for the creation of meaning and a site for witnessing the developments of art history in the framework of a larger historical canon.

‘Collections create a context in which objects can be interpreted: they are constituted by a series of signs that together form a language and narrative’, says Jens Hoffmann. ‘Collections must frame and continue past conversations as well as introduce untested questions. For a work of art to enter a collection it must strike a balance between being of permanent significance and of temporary importance within the current social and cultural climate: it must have an element of timelessness and respond to trends. As a result, investigating a collection is simultaneously the investigation of an era’s poetics and politics.’

The exhibition’s narrative is defined by Annette Kelm’s new works, which continue her interest in representing history through an investigation of archives and cultural and social history museums. In those, the artist explores forms of protest developed by the actress, sociologist and activist Hannelore Mabry (1930--2013), who resided in Munich from 1966 until her death last year, and other members of the Neue Frauenbewegung (New Women’s Movement) in Germany. Intentionally deploying a direct and documentary-like style, the photographs depict Körperüberhänge (body cloaks), now based in the archive of Munich’s Institut für Zeitgeschichte (Institute for Contemporary History), which she and other activists wore during demonstrations. These robes and capes were made out of bed sheets and painted with large letters, proclaiming bold political slogans. For Kelm they function as tropes for Mabry’s political agenda and legacy, as well as the student rebellions of the 1960s, which proclaimed women’s rights on an unprecedented scale.

‘In recent years artists have turned to examining (art) history’s authorship and its meaning for today’s world while exploring particularly the questions of what is truly knowable which cannot be experienced first-hand’, continues Jens Hoffmann. ‘They have looked at the fact that much of what we think we know in fact constitutes a record of (art) history that is often a fabrication created to fill a void of not-knowing. History in many ways is simply fiction. As a society, and for a number of purposes, both professional and personal, we fill these voids. As artists and curators taking on historical subjects, by revisiting, reconstructing, reimagining or even rewriting those subjects we create but also question an identity that gives us a sense of self, and through that, a security we deeply long for as human beings.’

In the sphere of private art collections, a version of (art) history is defined by the decisions of the individual; shedding invaluable, albeit subjective, light on the broader epoch that the collector and selected artist(s) occupy. In No Such Thing As History, four Munich-based collectors offer their interpretation of the present and past. Comprising sculpture, painting and photography, the artworks selected from the ICC, Lorenz/Amandine Cornette de Saint Cyr, Mackert and Wiese private collections represent some of the most influential contemporary artists and provide unique access to many critical works, which investigate and question a traditional understanding of history.

The exhibition is accompanied by a catalogue, with an introduction and texts on the artists by Jens Hoffmann and a conversation between Isabelle Graw and Annette Kelm.

About Annette Kelm
Annette Kelm works exclusively in the medium of photography and her work references historically significant events and sites. She follows seemingly traditional genres such as portraiture, still life, architecture and landscape and uses medium- or large-format cameras. Her work has been shown in museums around the world, including The Museum of Modern Art, New York (2013), Presentation House Gallery, Vancouver (2012), Bonner Kunstverein, Bonn (2011), Kunst-Werke Institute for Contemporary Art, Berlin (2009), and Kunsthalle, Zürich (2009). She participated in the 12th Istanbul Biennial in 2012 and in the 54th Venice Biennale in 2011. Annette Kelm was born in Stuttgart in 1975 and lives and works in Berlin.

About Jens Hoffmann
Jens Hoffmann is the Deputy Director and Head of Exhibitions and Public Programs at The Jewish Museum, New York, and Senior Adjunct Curator at the Museum of Contemporary Art in Detroit. He has curated more than 50 international exhibitions since the 1990s, including the 9th Shanghai Biennale (2012-13), the 12th Istanbul Biennial (2011) and the 2nd San Juan Triennial (2009). He was Director of the CCA Wattis Institute for Contemporary Arts in San Francisco (2007-12) and Director of Exhibitions at the Institute of Contemporary Arts in London (2003-7). Hoffmann is the Editor of The Exhibitionist: Journal on Exhibition Making and has been a Visiting Professor at the Nuova Accademia di Belle Arti in Milan since 2004.

About the Espace Louis Vuitton München
Louis Vuitton has a long-standing and substantial history with the art world that ranges from bespoke commissions for stores and collaborations with artists on collections and windows to art talks and educational programmes. The Espace concept, dedicated to the presentation of cultural and artistic expression, is the latest venture of this inspired association. The first Espace was inaugurated in 2006 in Paris. Additional spaces have since opened in Tokyo, Singapore, Venice and now Munich. While all Espaces are tightly intertwined with their local context, they follow a shared mission to support emerging and established artists develop new work and also contribute to the discourse of contemporary art by presenting new curatorial encounters to the general public. With more than 320 square metres of devoted space to the arts, the Munich Espace is scheduled to present several feature exhibitions and a related programme of public events each year to encourage exchange between local and international artists, art professionals, collectors and the public audience. All exhibitions and events are free of charge. The Espace’s second exhibition is planned for autumn 2014 and will comprise a residency and open studio programme in partnership with the Louis Vuitton Espaces in Paris and Tokyo.

Espace Louis Vuitton München
Maximilianstraße 2a
80539 München
www.espacelouisvuittonmuenchen.com
The website will be available soon.
Opening hours: Monday to Friday noon to 7 pm
Saturday 10 am to 6 pm
Admission is free of charge.