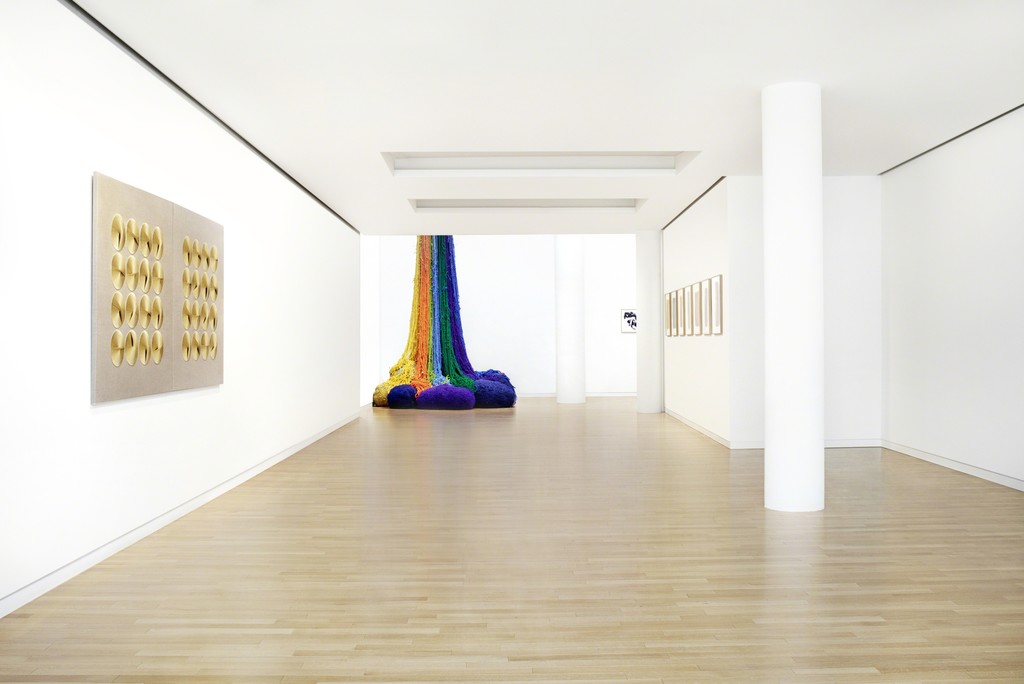 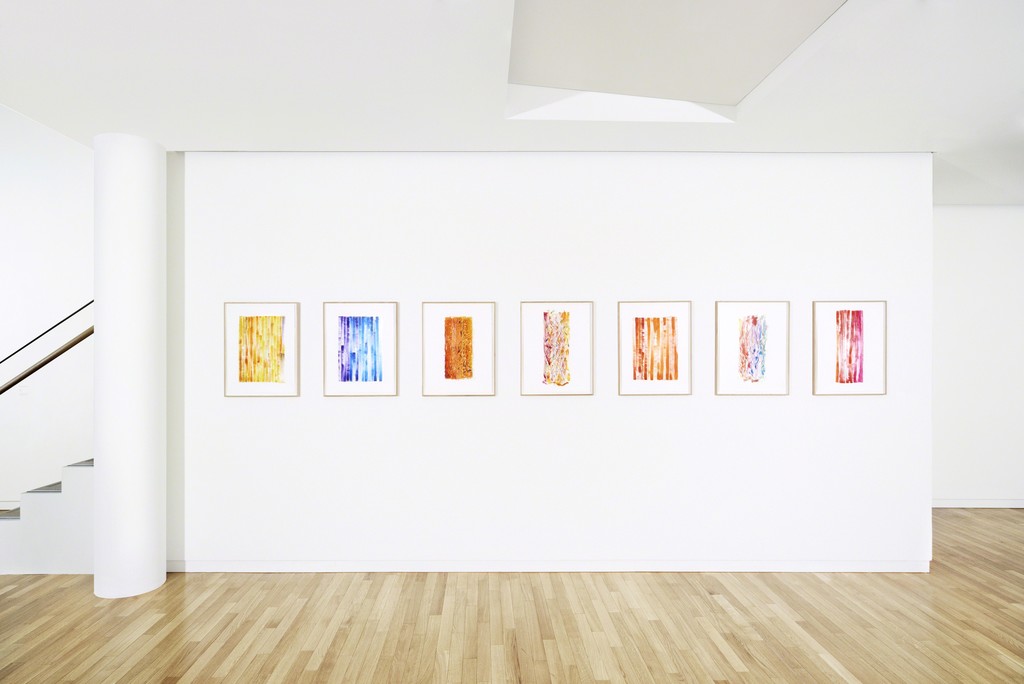 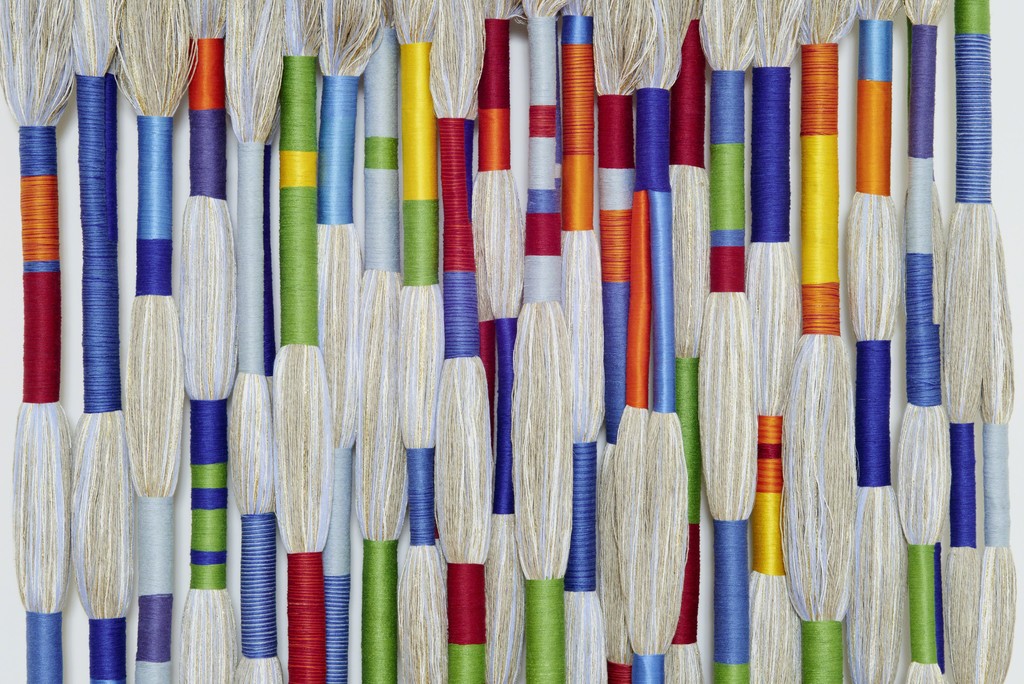 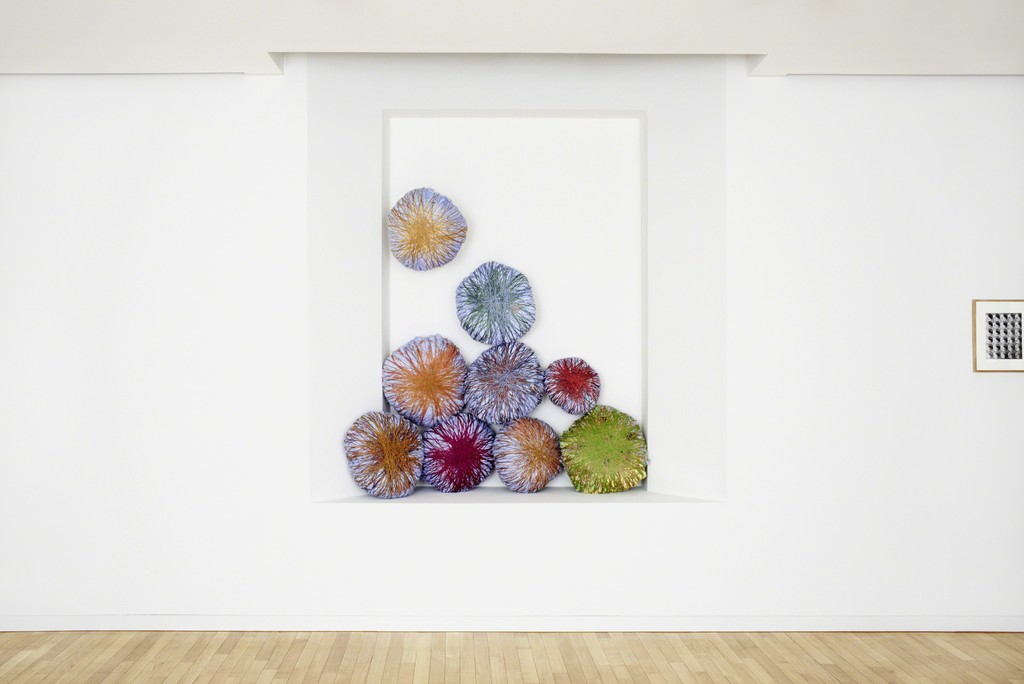 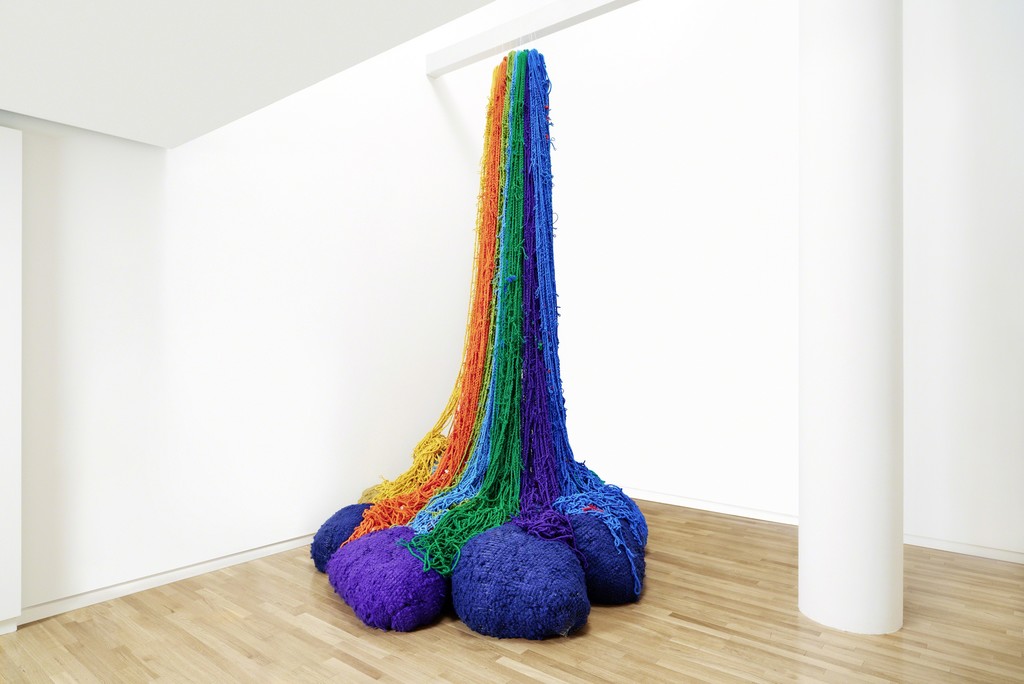 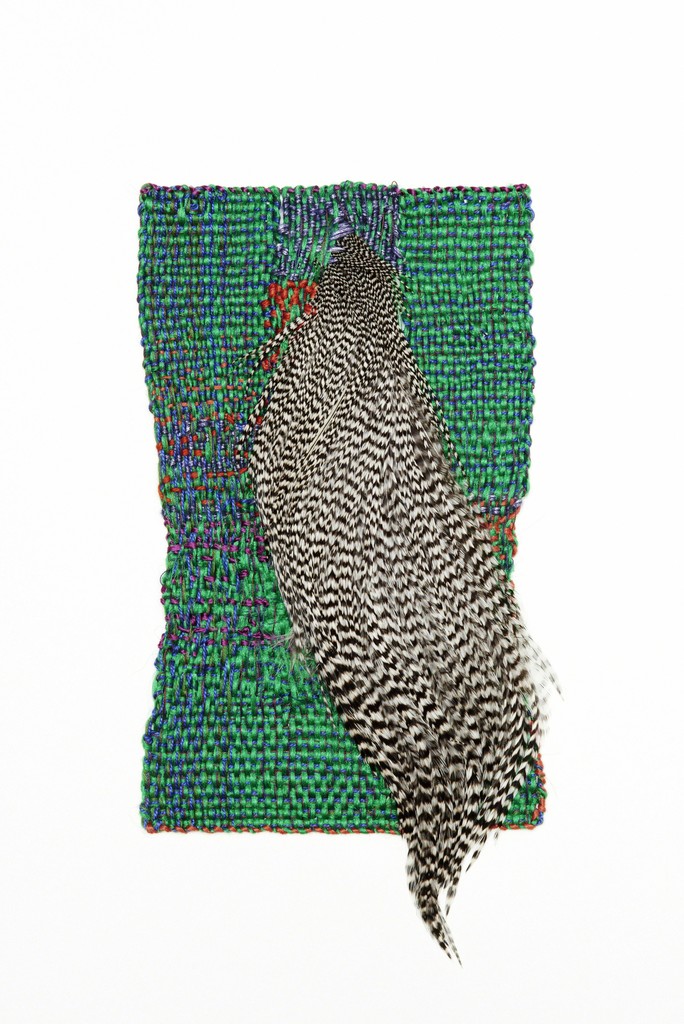 The Espace Louis Vuitton München is pleased to present Predestined Colour Waves, the first monographic exhibition in Germany since 1970 of the unique oeuvre of the Paris-based American artist Sheila Hicks. Hicks’s pioneering practice of working with supple materials has traversed and transcended prescriptive readings of art, architecture, craft, and design for more than fifty years.

Hicks’s work encompasses hand-woven miniatures, mid-size bas-relief panels, soft sculptures and monumental installations. Creating new interpretations of age-old textile techniques, the artist has developed her own experimental and idiosyncratic style incorporating natural fibres, synthetic blends, and at times found objects, organic matter, and industrial materials. Colour, texture, and structure are her central concerns. Hicks’s art is informed by her academic training in Modernism, her encyclopaedic knowledge of historical textiles, her tireless exploration of new technologies, and a lifelong love of investigating different cultures. Painting, photography and archaeology were important early influences during her extended travels and stays in Latin America.

An interest in architecture, sparked during her student years at Yale University where Louis Kahn and Vincent Scully taught and intensified during her residence in Mexico when she met Félix Candela, Luis Barragán, and Ricardo Legorreta, became a cornerstone of her practice, leading to numerous collaborations with some of the most relevant masters of architecture. Hicks creates pliable and tactile installations responding to the hard structural materials of the given work’s context.

Elaborating Hicks's dynamic conversation with architecture, Predestined Colour Waves brings together recent large-scale installations such as Atterrissage (2014), a monumental sculpture of explosive colours and billowing proportions, and La Femme Principale Bluma (2015), with its intricately enveloped mass of linen fibre; studies for new and historic public commissions such as Sydney Biennale Sketches (2015), watercolour drawings for the artist’s forthcoming contribution to the 20th Biennale of Sydney which opens in March 2016 (where she will dress the entrance columns of the Art Gallery of New South Wales, a site of epic proportions, with innovative pure pigment fused by acrylic); and prototype models related to her Ford Foundation silk bas-relief tapestries in New York, which were first realised in 1967 and recreated 2013-14.
A selection of smaller-scale works will also be presented: fibre-based calligraphic drawings; Trésors et Secrets (2014), linen and cotton bundles containing secret objects; and Minimes, exquisite small weavings that are made on her improvised mobile loom and resemble pages from a hand-woven journal.
The exhibition is made possible by the loan of Atterrissage (2014) from the Fondation Louis Vuitton in Paris. It is accompanied by a catalogue featuring an essay by the art critic Jason Farago and contributions by the writer and textile scholar Monique Lévi-Strauss and Stephanie Rosenthal, artistic director of the 20th Biennale of Sydney (2016).

About the artist
Sheila Hicks (b. 1934 in Hastings, Nebraska) received her BFA (1957) and MFA (1959) degrees from the Yale School of Art, when Josef Albers presided there. Awarded a Fulbright scholarship to paint in Chile, she photographed indigenous weavers and archaeological sites throughout the Andes. This, along with extended trips to the volcanic region of Villarrica, the island of Chiloé, and Tierra del Fuego, continue to influence her work to this day. In 1967 she established a studio in the quartier Latin in Paris, where she continues to live and work.

About the Espaces Louis Vuitton
Conceived as independent art spaces, the Espaces Louis Vuitton in Tokyo, Venice, Munich, and Beijing are dedicated to contemporary cultural and artistic expression. While all of the spaces engage specifically with their local contexts, their collective aim is to support emerging and established artists in developing new work, and to contribute to the broader discourse of contemporary art by presenting new curatorial encounters for the general public.