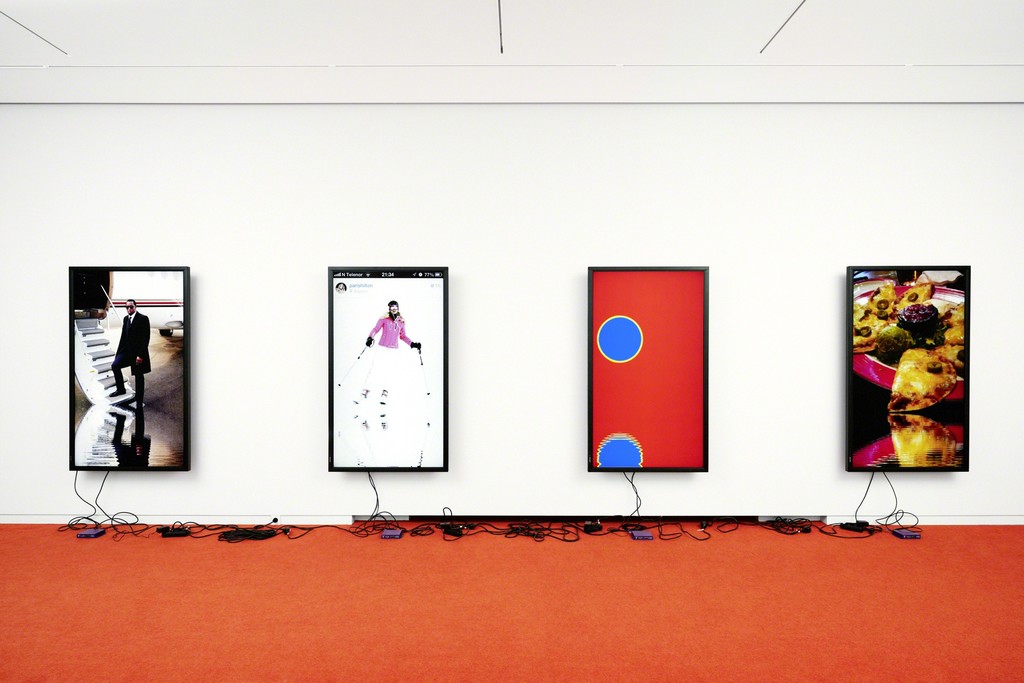 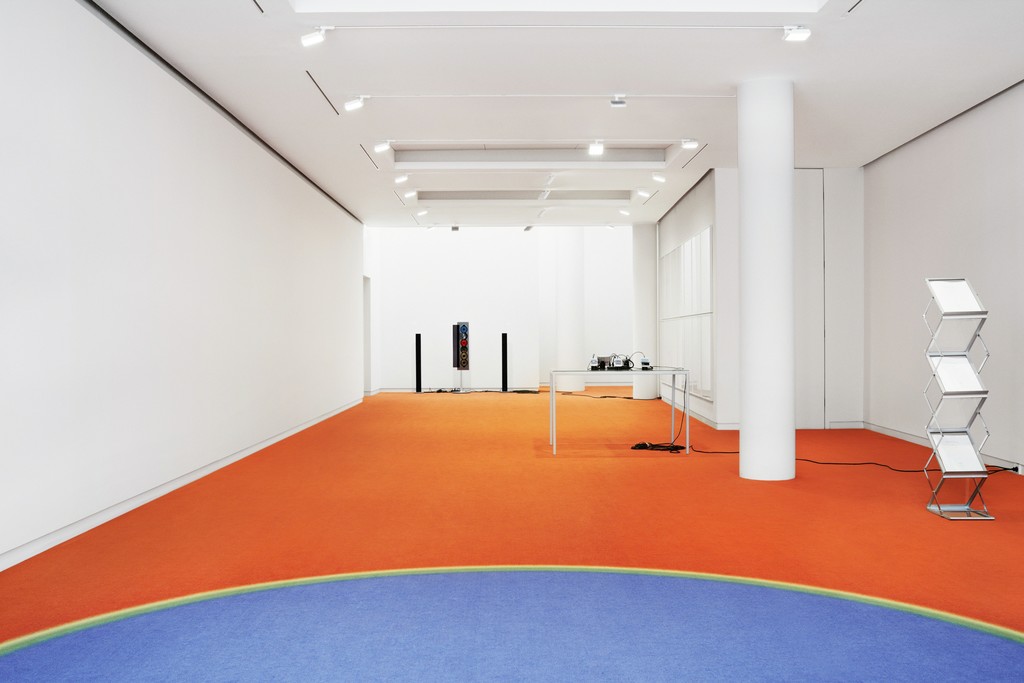 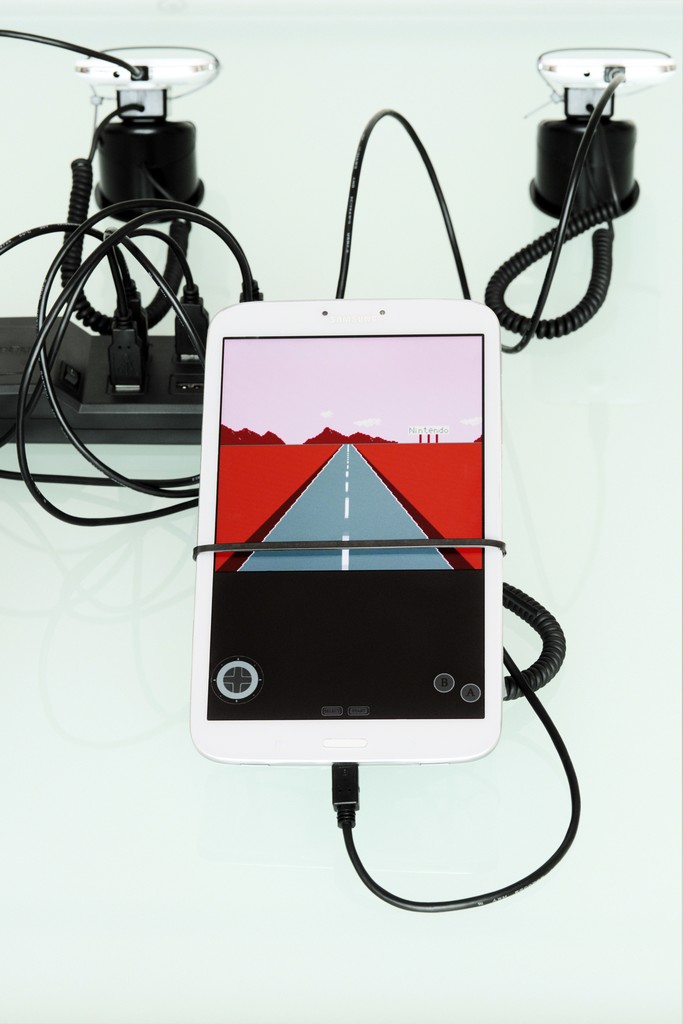 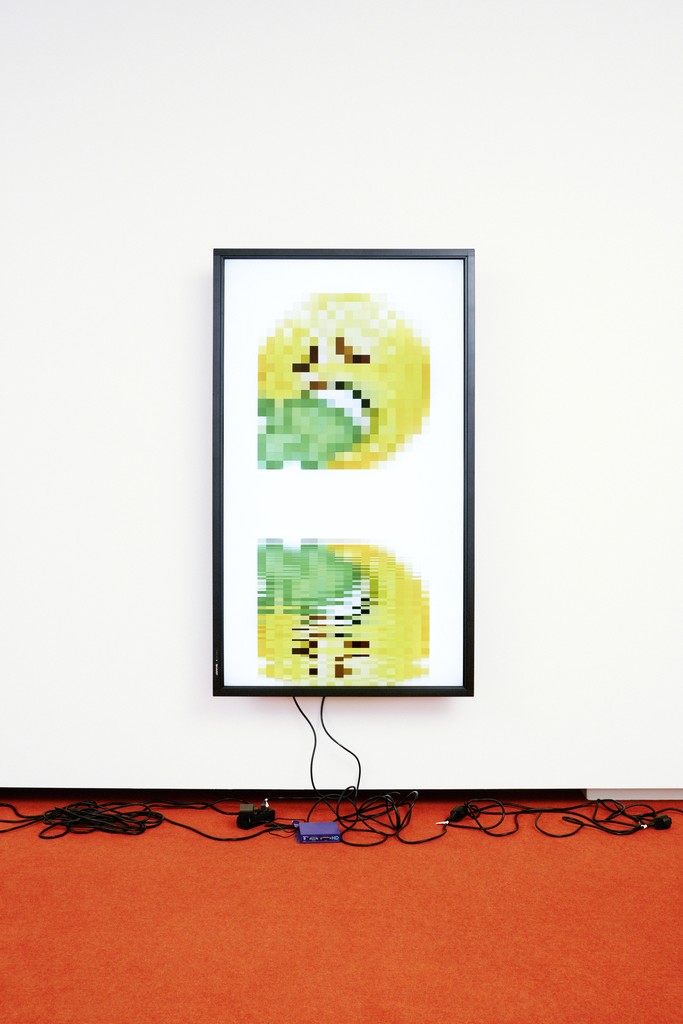 The Espace Louis Vuitton München is pleased to present “Be the first of your friends,” the first monographic show of American artist Cory Arcangel in Munich.

The exhibition brings together new works by Arcangel as well as a selection of seminal early pieces, which have been reconfigured by the artist for the exhibition. “Be the first of your friends” covers several themes, which have been vital to Arcangel's work since the early aughts, including the preservation of early computer technologies (dating from the 1980s) and the recuperation of contemporary art materials and digital sources such as the Internet and YouTube. Arcangel’s unique approach to making art stems from his education in classical guitar in the late 1990s, which coincided with the start of the digital revolution and inspired him to self-identify as a “computer programmer, composer and artist.”

As alluded to in the exhibition’s title, “Be the first of your friends,” a nod to Facebook’s self-referential friend culture, the show presents Arcangel’s meditations on digital culture and his preferred methods of artistic production and distribution marked by hacking and open source formats.

The lower gallery level of the Espace Louis Vuitton München features a series of new works, which reconfigure and restage earlier pieces from the artist’s career. Quick Office (2015), for example, reengages F1 Racer (2004) and Super Mario Clouds (2002-ongoing), wherein the artist hacked the namesake cult-classic Nintendo and Famicom games and reduced them to their iconic backgrounds. Presented originally as analog videos generated by hacked Nintendo and Famicom cartridges, in Quick Office (2015) the same content is restaged on Nintendo emulators running on contemporary Android smart phones. Arcangel here makes the deliberate point of using obsolete and soon-to-be-obsolete technology: as the pop references become more obscure over time and exit contemporary culture, they gain relevance proportionately in cultural discourse and art history.

Photoshop CS: 684 by 4600 centimeters, 10 DPC, RGB, square pixels, default gradient "Russell's Rainbow", mousedown y=2357 x=4633, mouseup y=4548 x=4666 (2015) is Arcangel’s tribute to both the readymade and the open source format. The work is a default Photoshop gradient pattern rendered as a custom wall-to-wall carpet for both levels of the Espace Louis Vuitton. The title of the carpet doubles as an instruction on how to reproduce the gradient image in Photoshop, and is emblematic of the open source, democratic spirit of the artist’s oeuvre. By carpeting the Espace Louis Vuitton, Arcangel’s exhibition departs from “white cube” connotations and moves into the realm of a showroom, where consumer goods are exhumed and consumed at an incessant rate. This simple gesture offers a provocative comment on the insatiable consumption of contemporary culture in our present era, and extends the artist’s signature practice of subverting the highbrow and the lowbrow.

Upstairs, Arcangel presents six new works from his recent Lakes series (2013–ongoing). The works depict a wide array of images, which are sourced from the artist’s digital archive of online, cellphone, screen-grab, and installation images and are produced with the application of the once ubiquitous 90s software, the Java applet “lake”, which animates an image with a rippling water effect. Displayed vertically on 70-inch LED screens like traditional portrait paintings, the Lakes reflect on today’s celebrity-and-image obsessed culture and explore a tension in societal attitudes towards the preservation of culture: while visual art and popular culture are obsessively narrated and conserved, technology is dismissed as adversarial to art and art making.

A key work from the series, Diddy/Lakes (2013), re-appropriates a viral image of the American rapper, P. Diddy, posing self-consciously in a tailored suit and sunglasses on the stairs of a private plane. To a generation of viewers entrenched in global pop culture, this image releases a flood of references to the subject’s multi-faceted career and public image. While the autonomous elements that make up Lakes (celebrity image, TV, software) seem mundane, their intention and collective impact are significant. The flatscreen television – the 21st century’s omnipresent cultural medium and a symbol of capitalist consumption – is turned on its side and filled with transient, superfluous content. By airlifting contemporary content from pop culture via the Internet to the TV screen, Arcangel literally flattens out the viewer’s experience and reduces one’s critical expectation of contemporary art.

The Source (2013–ongoing) is a collection of manuals made by Arcangel containing the source codes of past works. Displayed on a retractable magazine rack, the piece references one of the most influential works of readymade art: Marcel Duchamp’s Boîte-en-valise. Between 1941 and 1968 Duchamp made approximately 300 versions of a portable suitcase, which contained meticulous miniatures of his most seminal artworks. Like Duchamp, Arcangel challenges the value of the original precious object and calls attention to its perpetual obsolescence.

Since U Been Gone (2015) borrows its title from a Kelly Clarkson pop song from 2004, which Arcangel found to profoundly embody 40 years of pop music and the evolution of punk in the American pop marketplace. This piece is a collection of songs, which led to the development of Clarkson’s hit, and are presented as a playlist on a locally sourced consumer stereo.

“Be the first of your friends” continues the Espace network’s earlier exhibition program, “Le fil rouge,” which takes place concurrently between January and May 2015 in Paris, Tokyo and Munich and explores the theme of “thread” as a conceptual trope for addressing the issues of connectivity and communication, and weaving and wiring, in both the real and virtual worlds of today.

The exhibition is accompanied by a publication with contributions by Cory Arcangel and Dragan Espenschied.

Cory Arcangel is the recipient of the 2015 Award for the Filmic Œuvre, the second edition of a prize created by Munich’s KINO DER KUNST commemorating outstanding contributions to intensify the exchange between visual arts and film. Arcangel’s solo show at the Espace Louis Vuitton München as partner venue of KINO DER KUNST is an extension of this acknowledgment.

About Cory Arcangel
Cory Arcangel (b. 1978 Buffalo, New York) lives and works in Brooklyn, New York. He received a BA in classical guitar from the Oberlin Conservatory of Music in Ohio in 2000 and since practices as a fine artist. Arcangel works in a wide range of media, including composition, video, modified video games, performance and the Internet. His recent projects include Arcangel Surfware (2014), a merchandise imprint with products including bedsheets, iPad covers and magazines; Working on My Novel (2014), published by Penguin Books, and an extensive research project with a team of computer experts from the Carnegie Mellon Computer Club, in collaboration with The Andy Warhol Museum, The Carnegie Museum, and the Carnegie STUDIO for Creative Inquiry to unearth Warhol’s lost digital experiments. Arcangel is the youngest artist since Bruce Nauman to receive a full floor solo show at the Whitney Museum of American Art, New York (2011). His other recent solo exhibitions include Galleria die Arte Moderna e Contemporanea, Bergamo (2015); Reykjavik Art Museum, Reykjavik (2015); HEART Herning Museum of Contemporary Art, Herning (2014); Fondation DHC/Art, Montreal (2013); Carnegie Museum of Art, Pittsburgh (2013); Barbican Art Gallery, London (2011); Hamburger Bahnhof, Berlin (2010) and Museum of Contemporary Art, Miami (2010).

About the Espaces Louis Vuitton
Conceived as independent art spaces, the Espaces Louis Vuitton are dedicated to contemporary cultural and artistic expression. The first Espace was inaugurated in 2006 in Paris, followed by Tokyo, Venice, and, most recently, Munich. While all of the venues engage specifically with their local contexts, their collective aim is to support artists in developing new work, and to contribute to the broader discourse of contemporary art by presenting new curatorial encounters for the general public. Admission is free. http://eu.louisvuitton.com/eng-e1/art/espace-louis-vuitton