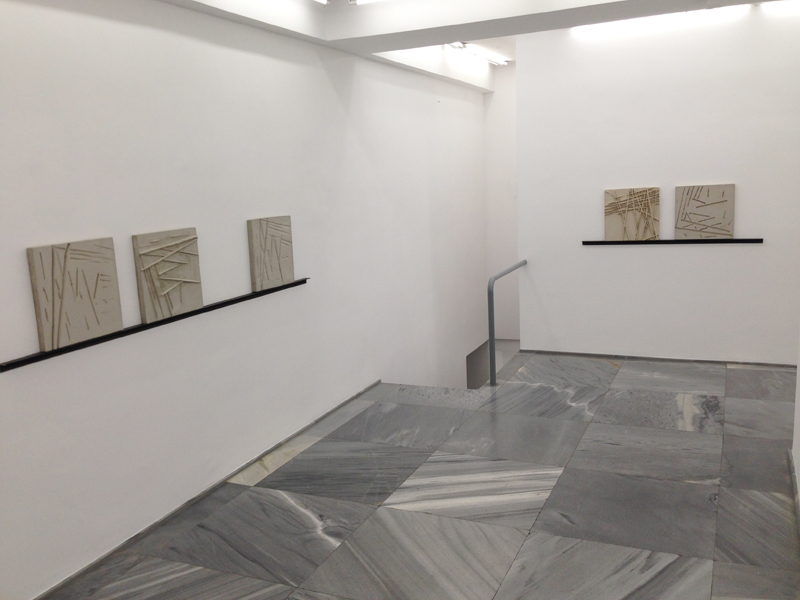 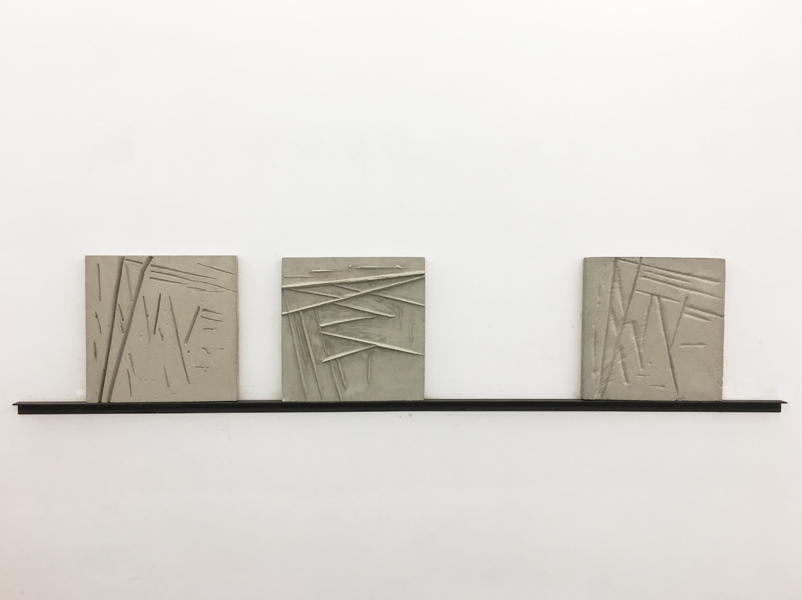 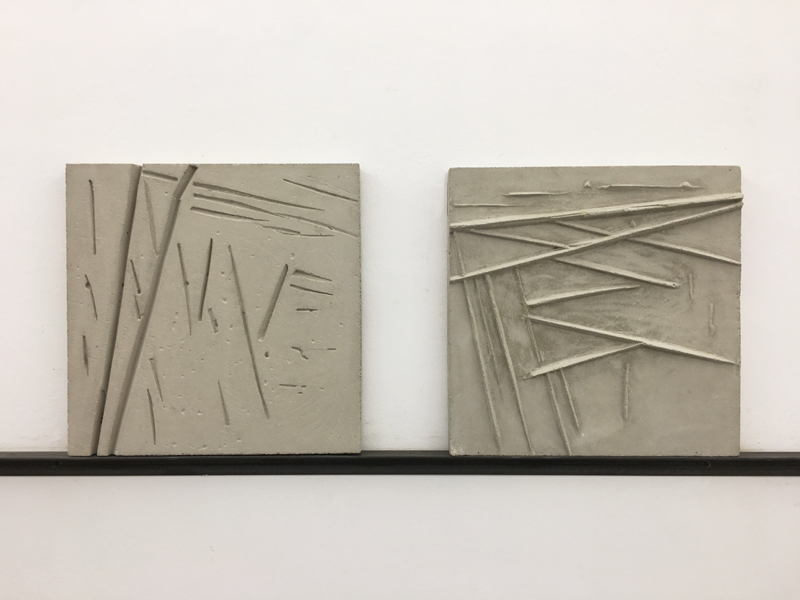 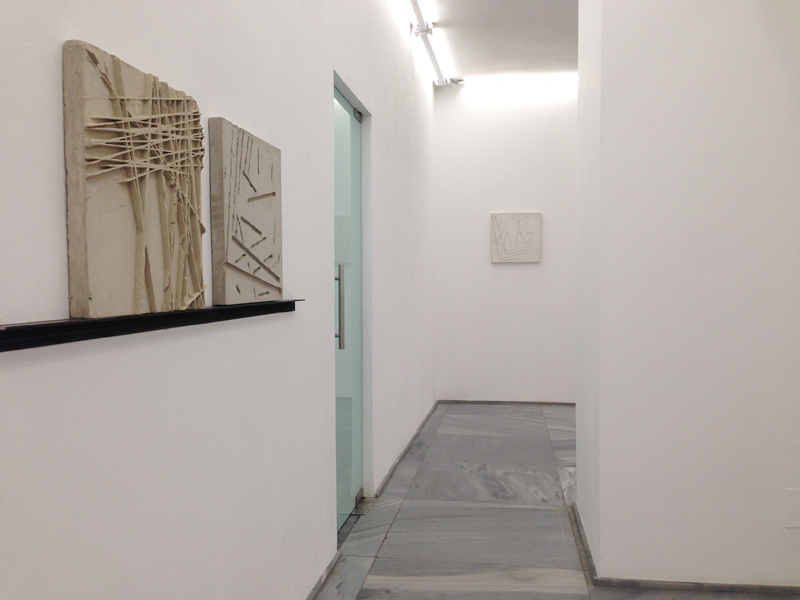 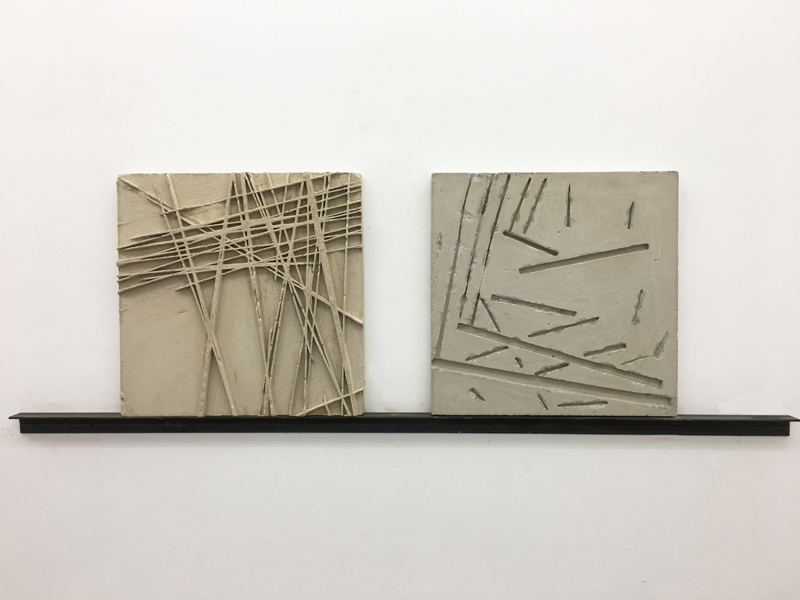 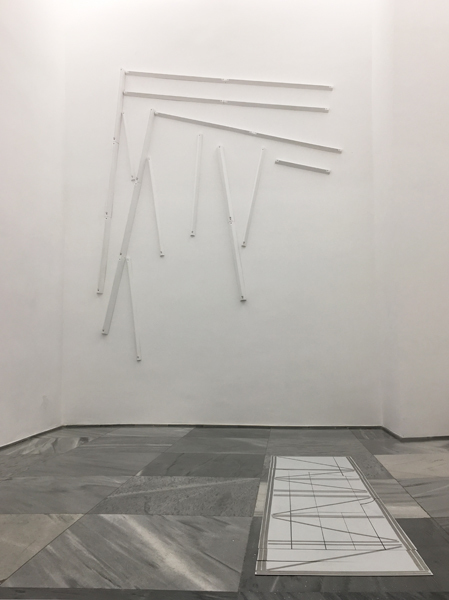 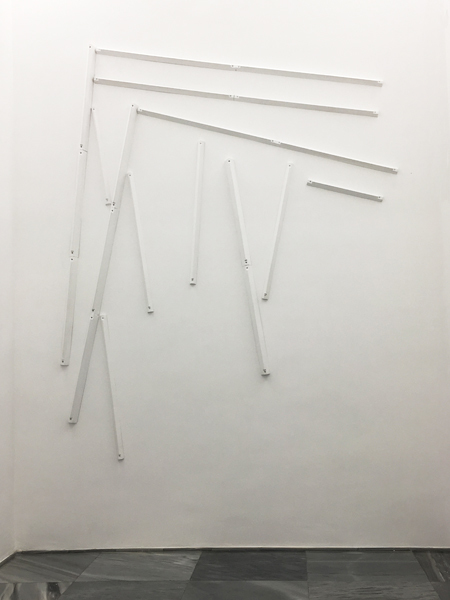 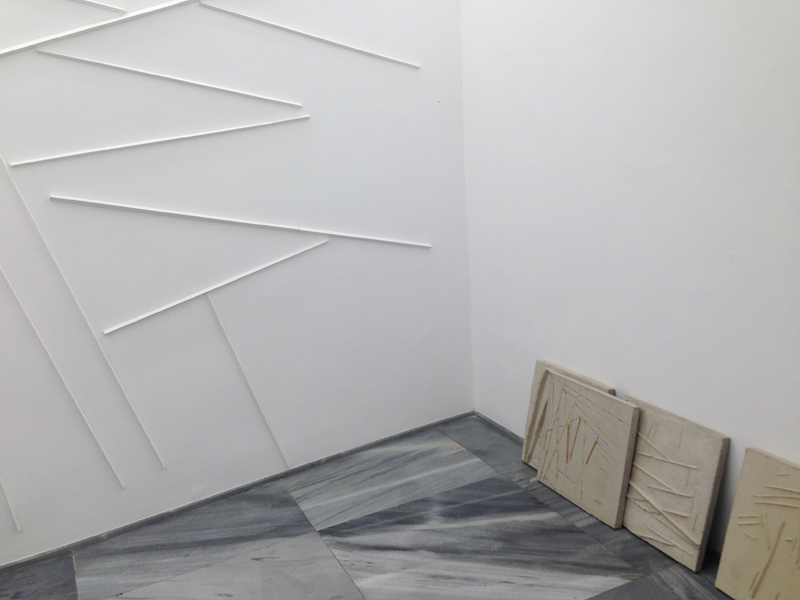 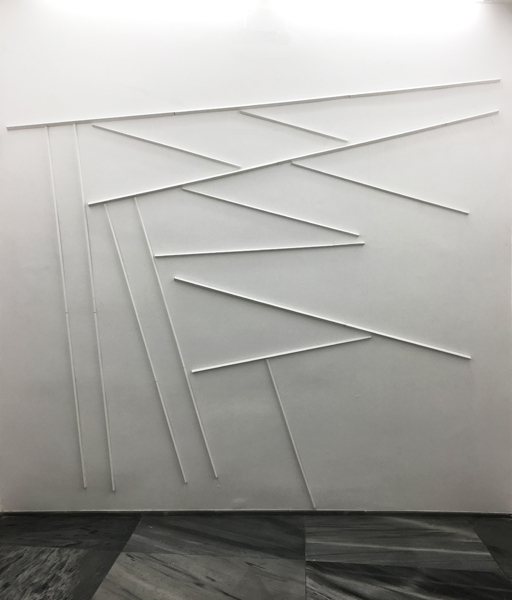 Du, da (tiene, es), title chosen by MANU MUNIATEGIANDIKOETXEA for his fifth solo exhibition at Espacio Mínimo gallery. It is a combination of words, in Euskera first and its equivalent in Spanish in parentheses (has, is - would be the traduction in english), which is used to make, again, a set of misunderstandings, double sense or meaning which illustrate or give some clue about the evolution of their work.

The pieces that make up the exhibition have a sought after appearance of work in process, unfinished, almost a prototype. The materials used in his execution by the artist, cement, wood, steel or plaster, are the raw materials of any constructive project and the practical absence of color or any manipulation in the finishes reinforce that sense and accentuate its aspect of constructive elements in most of them.