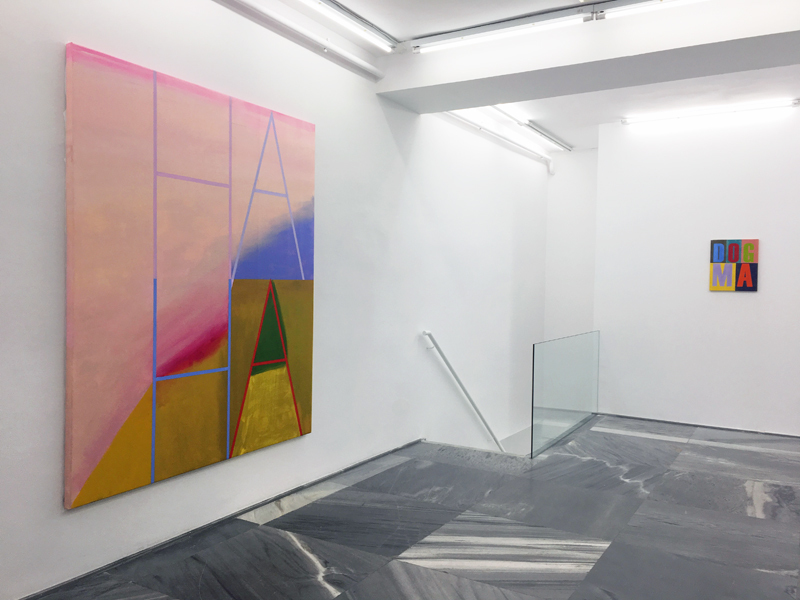 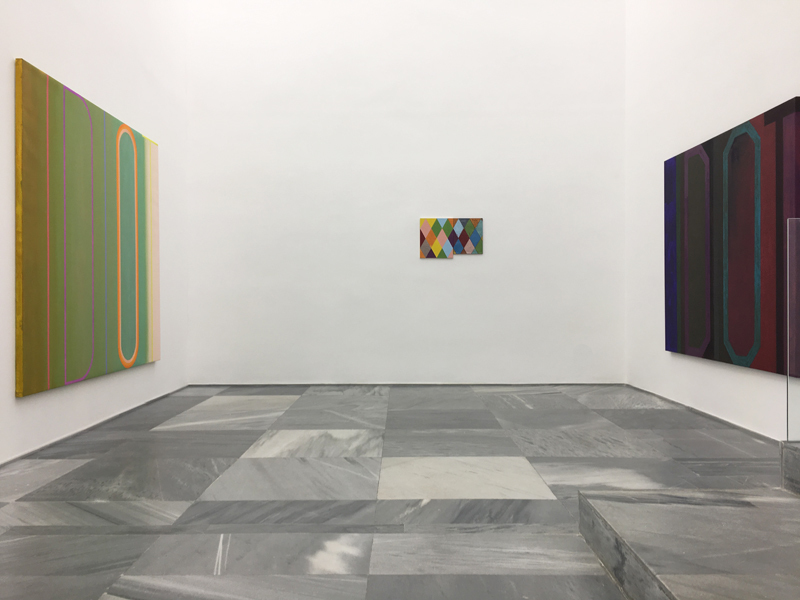 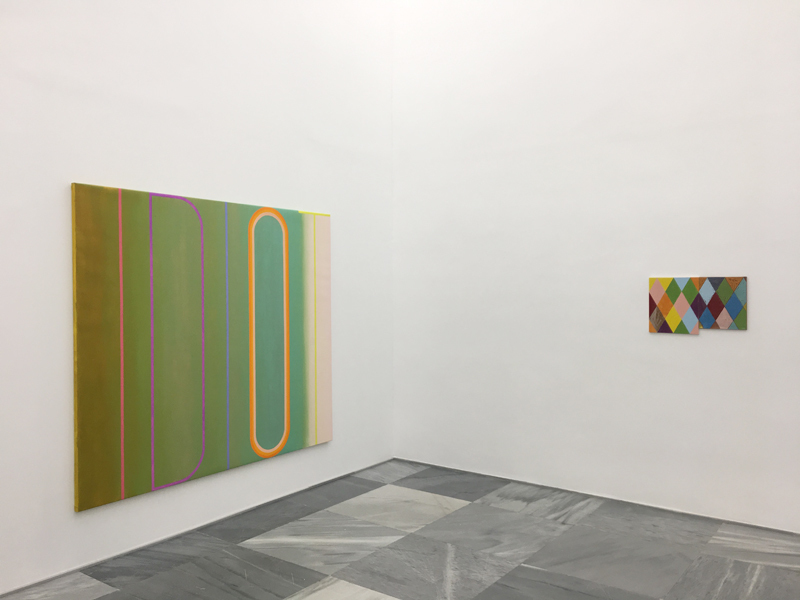 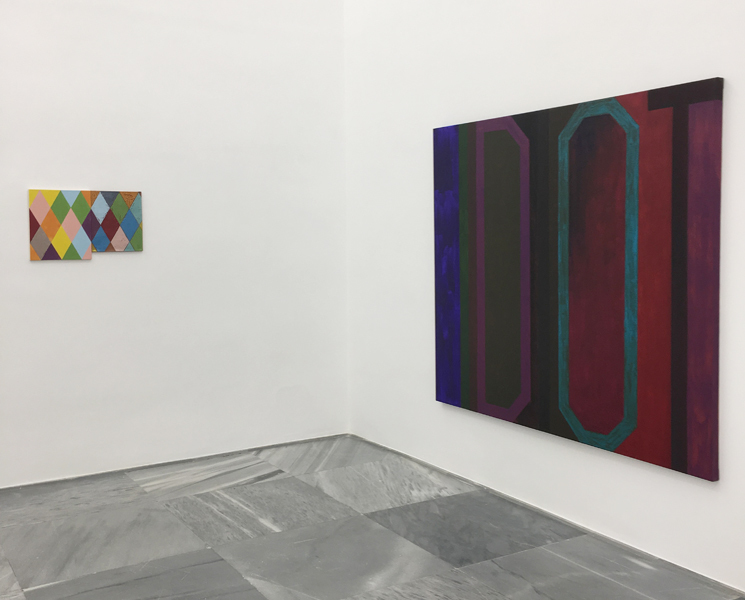 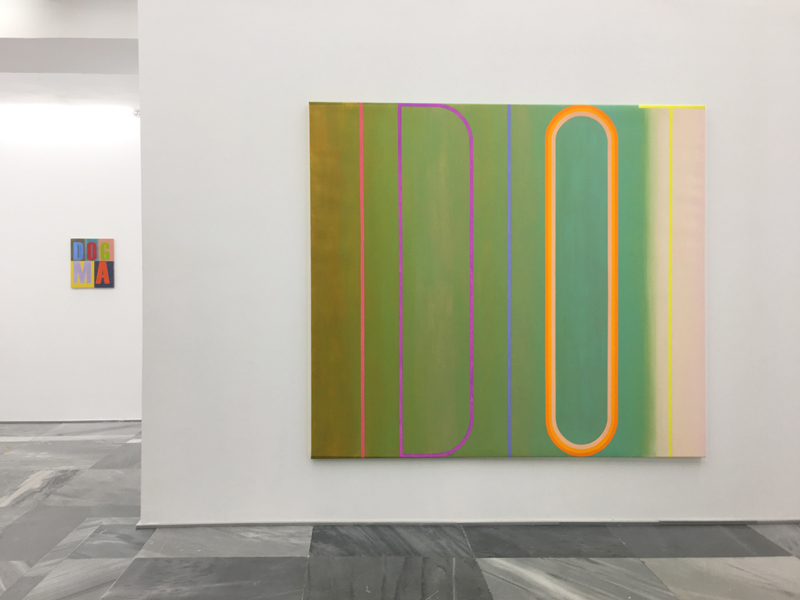 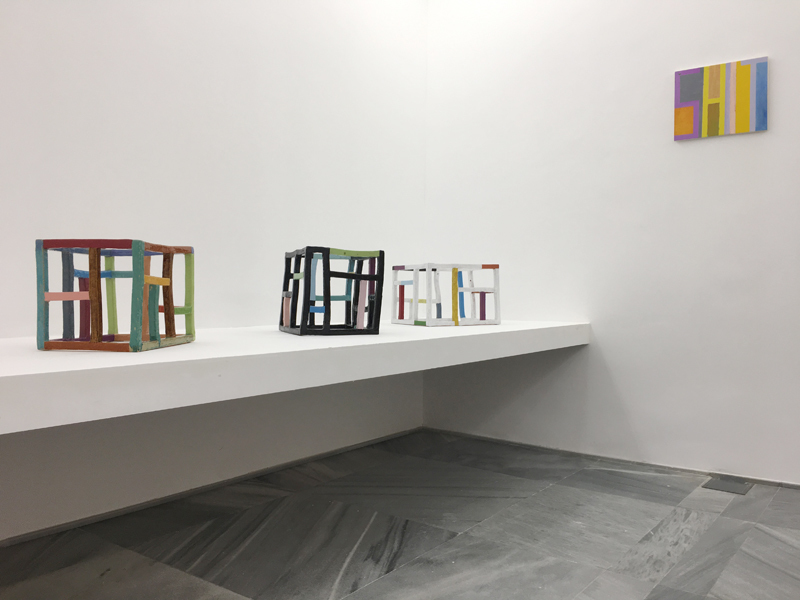 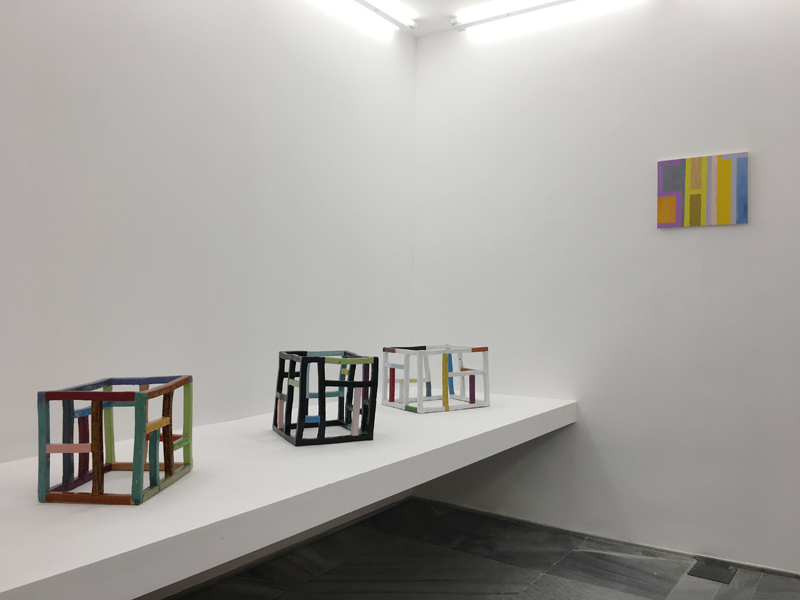 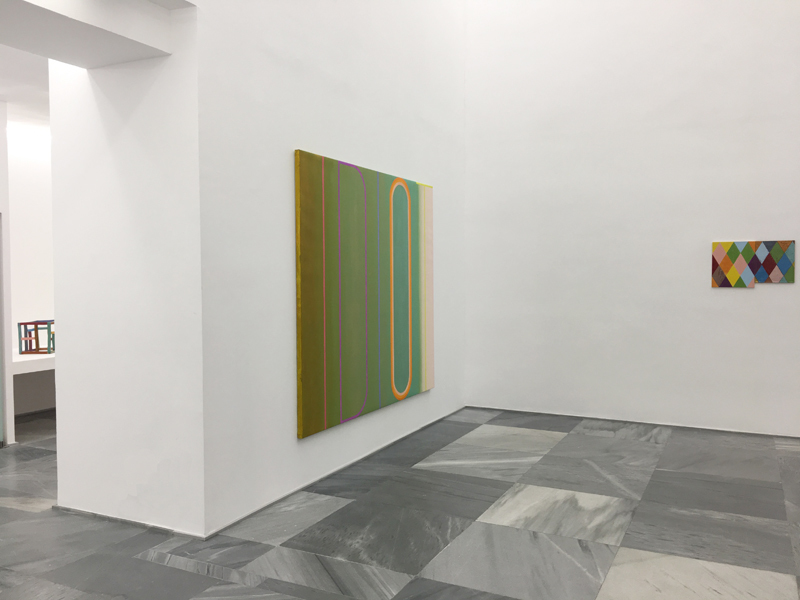 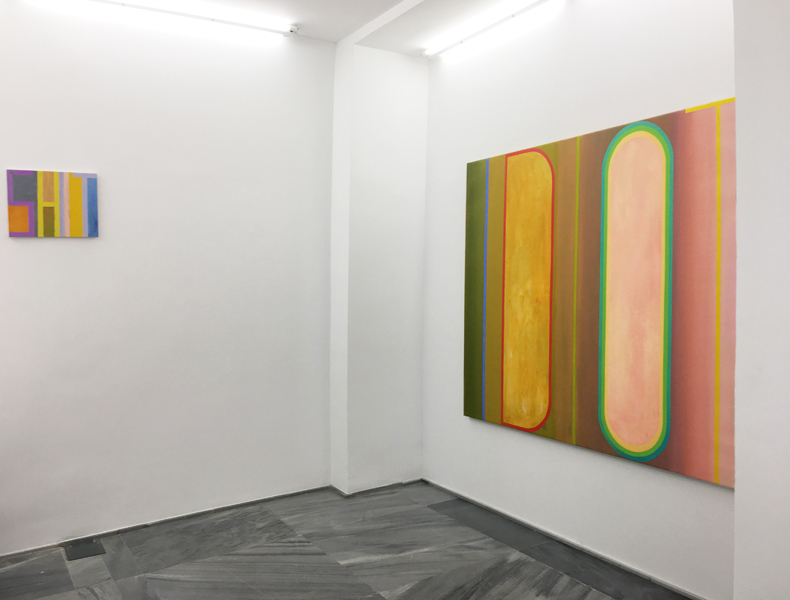 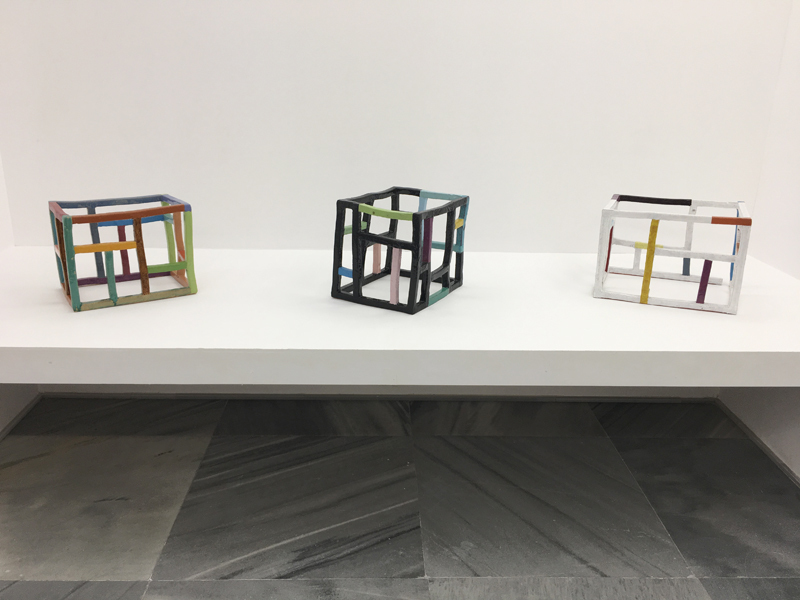 In BERNING’s previous works she used to draw upon the explicit quotation, a nod towards the different eras of the history of art, establishing relations between diverse categories, such as historical, chronological, stylistic, formulation or gender. She creates a subtle and sometimes ironic interplay of contrasts or associations in which, finally, the prominence of her work went from the purely pictorial to all the anecdotal surrounding of the world of painting. In the new works of her actual exhibition, that goes further.

In her eagerness to investigate the painting and color possibilities, and the use of new supports, she uses ceramic works in this case, which, despite its volumetric forms, manages to give a strong pictorial character.

Here, ANNE BERNING continues, as she has been doing for several years, her particular exploration of the possibilities and nature of painting.

A purely formal commitment with the facts of painting can be seeing at first glance, as well as a dialogue with the well-known results of painting’s history. But now it acts even at a second level, because of the text. The letters that make up the words which appear at a large part of her paintings are not an appointment or a reference to other people’s work, or the exercise of associations or winks, but are carriers of form and meaning in themselves.

In her most recent works BERNING does not pursue specific topics, but rather tries to create spaces of association in which thought can take different perspectives.

There is neither pure abstraction, nor definitive message. The phenomena remain ambivalent. The word, “idiot” for example, which gives title to the exhibition, is repeated as a mantra, in different sizes, with different chromatic tones, becoming the formal protagonists of the paintings.
Finally, one might conclude by saying that all the works, both the paintings as well as ceramics, seem to revolve around the question:

Who is the idiot? And why are there so many?