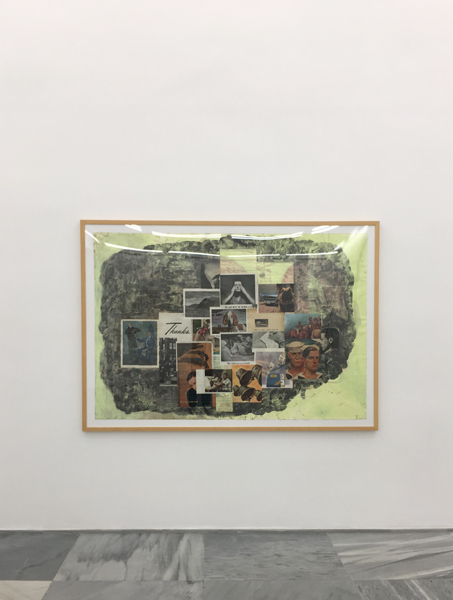 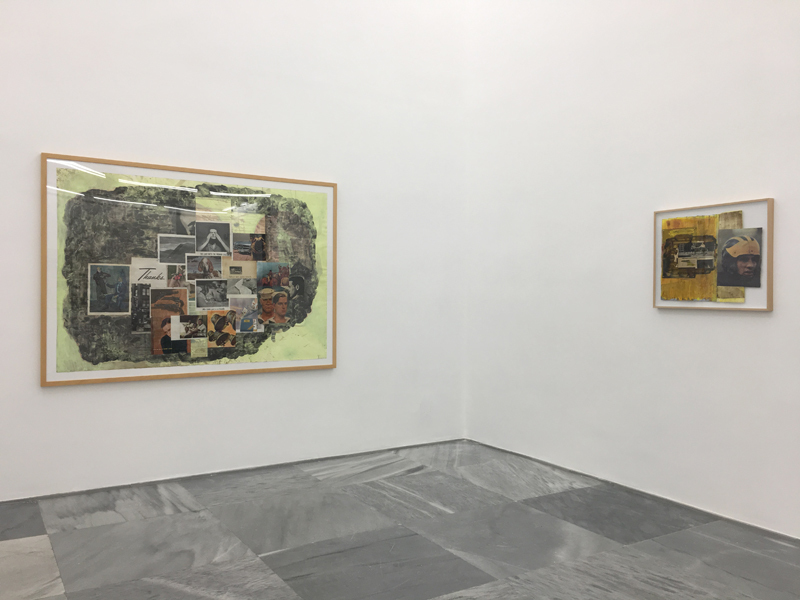 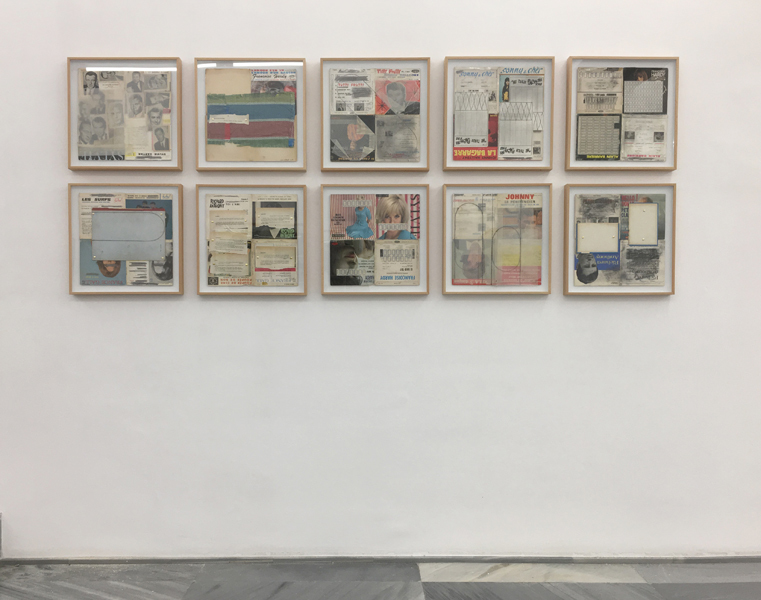 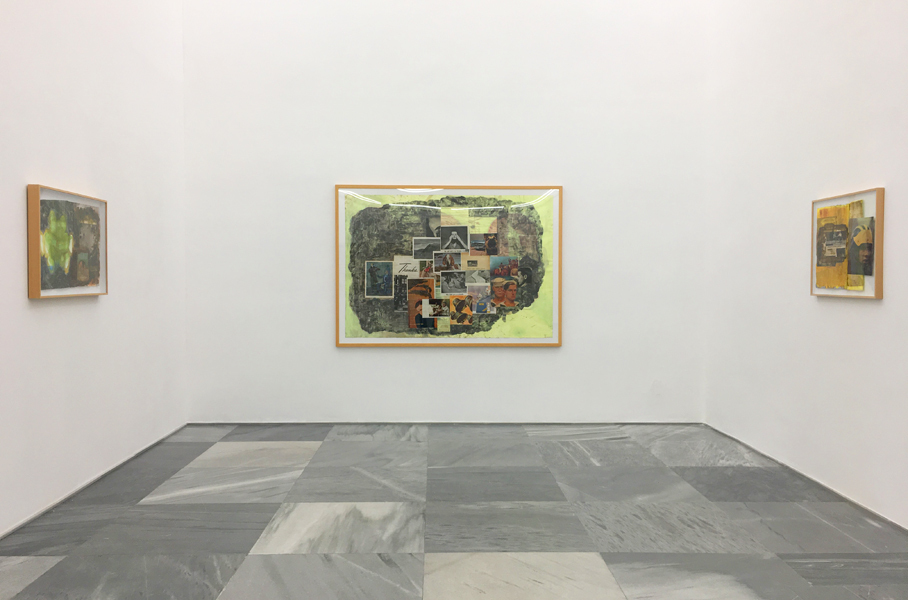 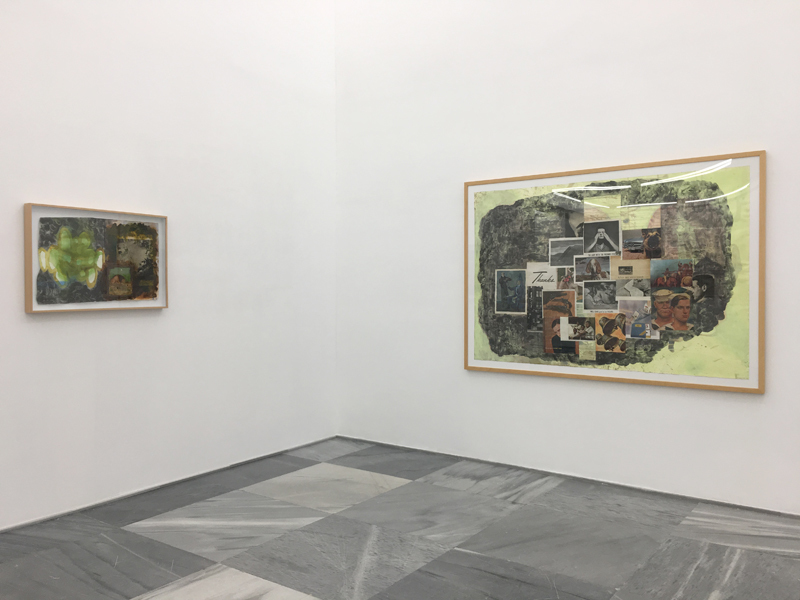 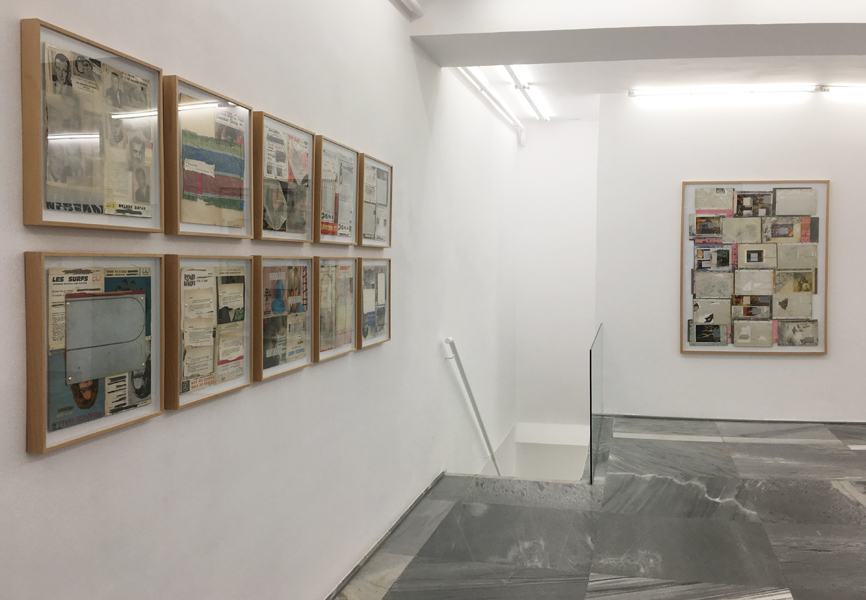 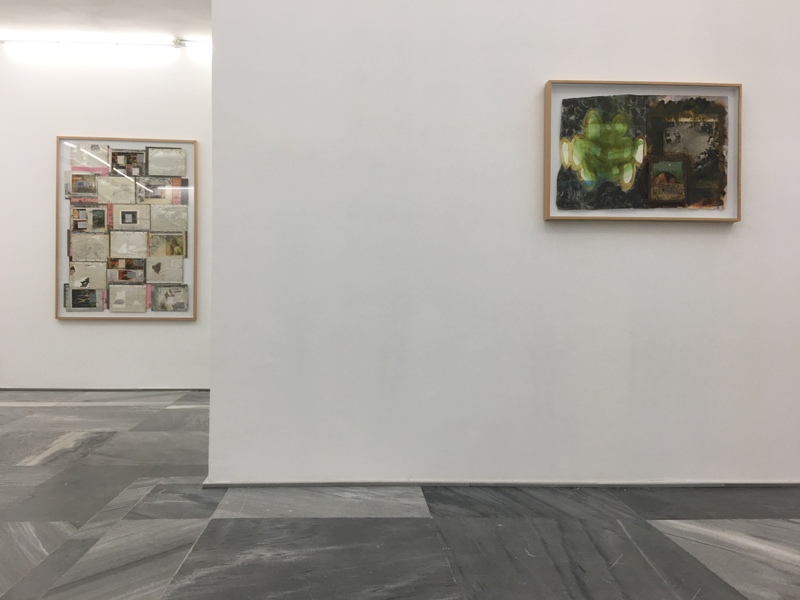 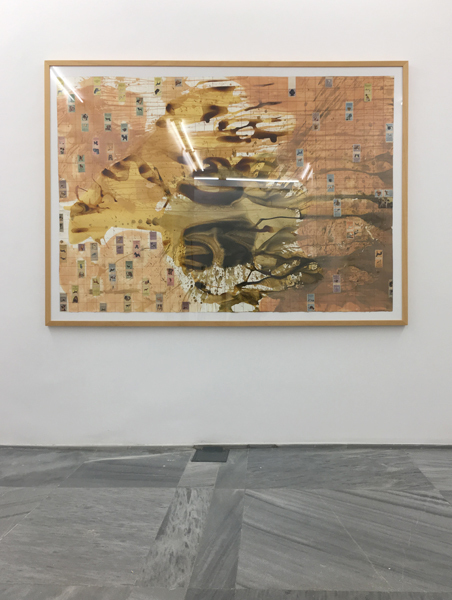 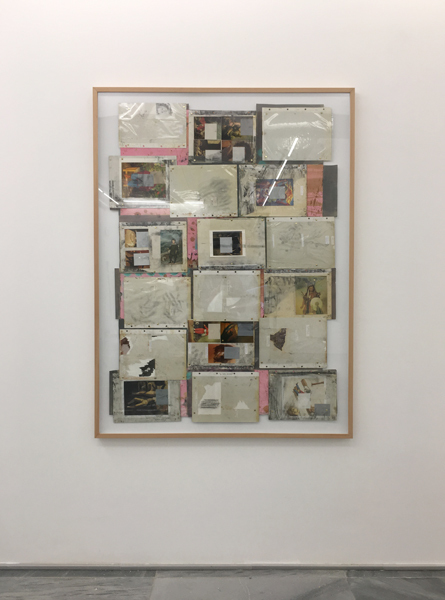 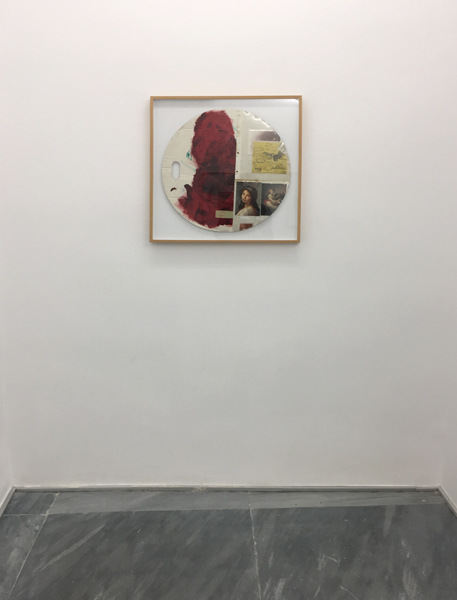 Espacio Minimo gallery presents the second solo exhibition in its space by the Portuguese artist ANA VIDIGAL, entitled Pour le plaisir des yeux and in which the Time and Memory, as in her previous project, are still the recurring themes in all the works that compose it but in this occasion are works on paper (paintings and collages) with different formats in their totality.
For years, ANA VIDIGAL has collected all kinds of elements for her works’ execution, especially two- dimensional materials founded that can be kept flat within a painted surface, especially paper. Cutting out papers, written, painted, drawn or printed, assembling different pieces, letters, images and photographs builds her treasures as precious memory containers. The interests of the artist about all this conglomeration of things, is not only the formal aspect, carefully thought out and carefully executed, but the story that those materials contain, that makes it more intimate. This is which ANA VIDIGAL maximizes in her Works. In all of them, the things she wants to say always plays a role as seductive as what is silent, in which everything she reveals as well as she hides, is so important.
But always, in all the works of this exhibition, ANA VIDIGAL is talking about time. In her own words:
It is always time.
The time that today is so different for us from the other in which we grew up and lived.
It is the change of that "time", of the loss of what we considered acquired and that they want to take away from us.
It is about what we keep losing or, keeping, we forget ("Todas las pequeñas perras de mi vida", for example) or the atrocious resemblance of the American’s magazines images from World War II with the images of the America of today.
The retreat of time and the struggle to try to make it stop ("Tanto fijé mis ojos") as in Kavafis’ verses.
It is still the political time that we thought happy and carefree, that plagues us like a cloud of black graphite with ghosts of the past.
It is life like it appears, almost out of breath and transforming the word Amor (Love) into anagram "Roma" (“Rome”), the old and decadent one.
And then "El gusto de los otros” (“The taste of the others").
A seventies album with images of museums’ works around the world, chosen by someone who did not know and ended up despised on a street market.
How will end the time of love if we are not careful.
ANA VIDIGAL (Lisbon, 1960) She lives and works in Lisbon. Was graduated in painting from the Superior School of Fine Arts of Lisbon in 1984. In 1999 she won the Maluda Prize and in 2003 the Amadeo de Souza Cardozo Prize. In 2010, the Modern Art Center of the Calouste Gulbenkian Foundation, curated
by Isabel Carlos, organizes her first anthological exhibition entitled: Ana Vidigal. Clean girl, dirty girl. She has exhibited regularly since 1981. Some of her most recent exhibitions have been, in 2015 Guarda (me) at the Municipal Theater of Guarda, Guarda; Amuse - Bouche, Galería Diferencia, of Lisbon; in 2014 Yugular, Camões Luanda Institute, Angola; Oú va t'on ?, Sala del Venado, National Museum of Natural History and Science, Lisbon; We are unbearable, so unbearable, Nogueira da Silva Museum, Braga; First or last (strictly personal) Baginski Gallery Projects, Lisbon; in 2013 Jua (de vivir) Fundación Júlio Resende, Oporto; in 2012 House of Secrets, Centenary of the Higher Technical Institute, Lisbon; in 2011 Queen Anne Style, Baginski Gallery / Projects, Lisbon and The brain is deeper than the sea, Museu do Chiado, Lisbon. In October 2018, at the invitation of the Embassy of Portugal in Colombia, she holds two Master Classes in Bogotá (Universidad de los Andes and ars + natura flora)
Her work is represented in important public and private collections such as the Metropolitan Museum of Lisbon, Collection of the Secretary of State for Culture of Portugal, MUDAS Museum of Contemporary Art of Madeira, the Bank of Portugal, Deutche Bank Collection, among others.