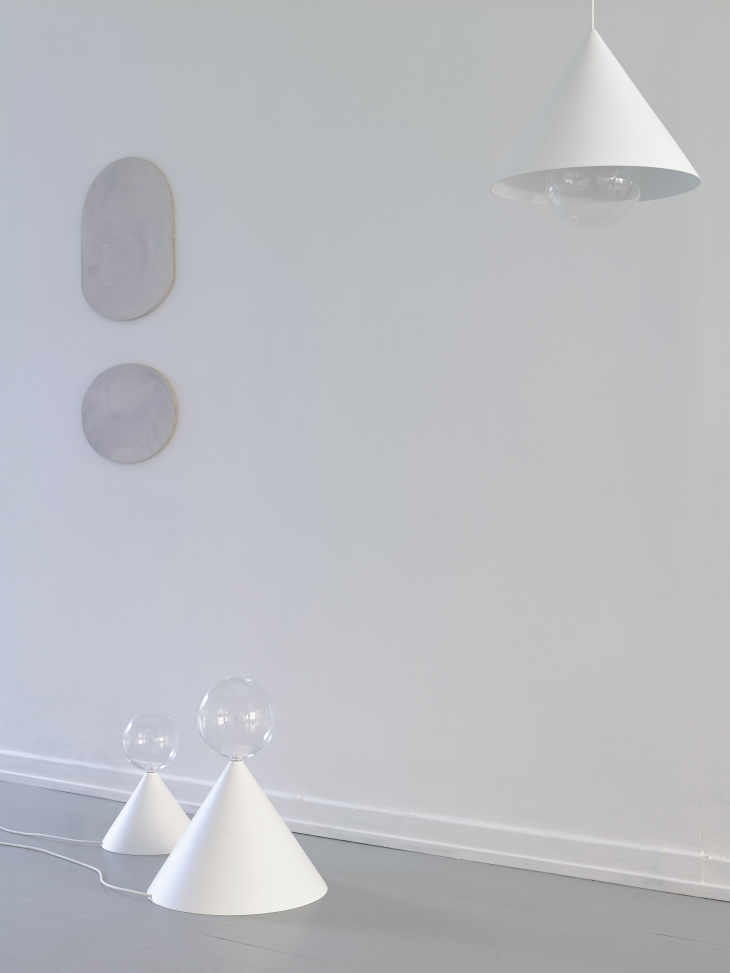 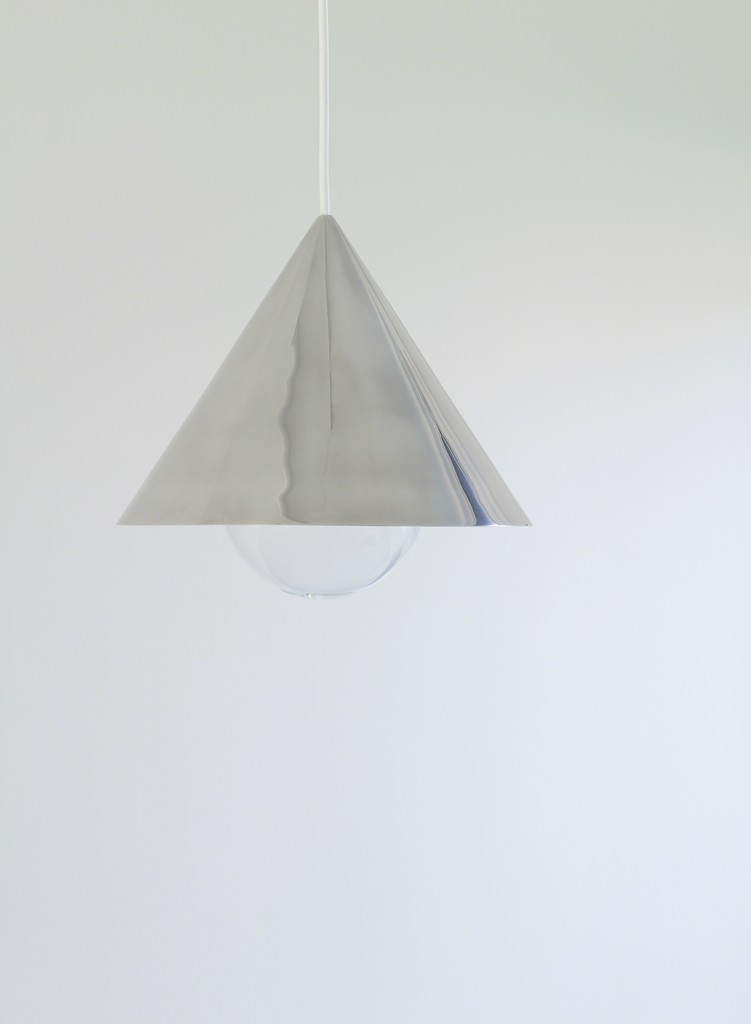 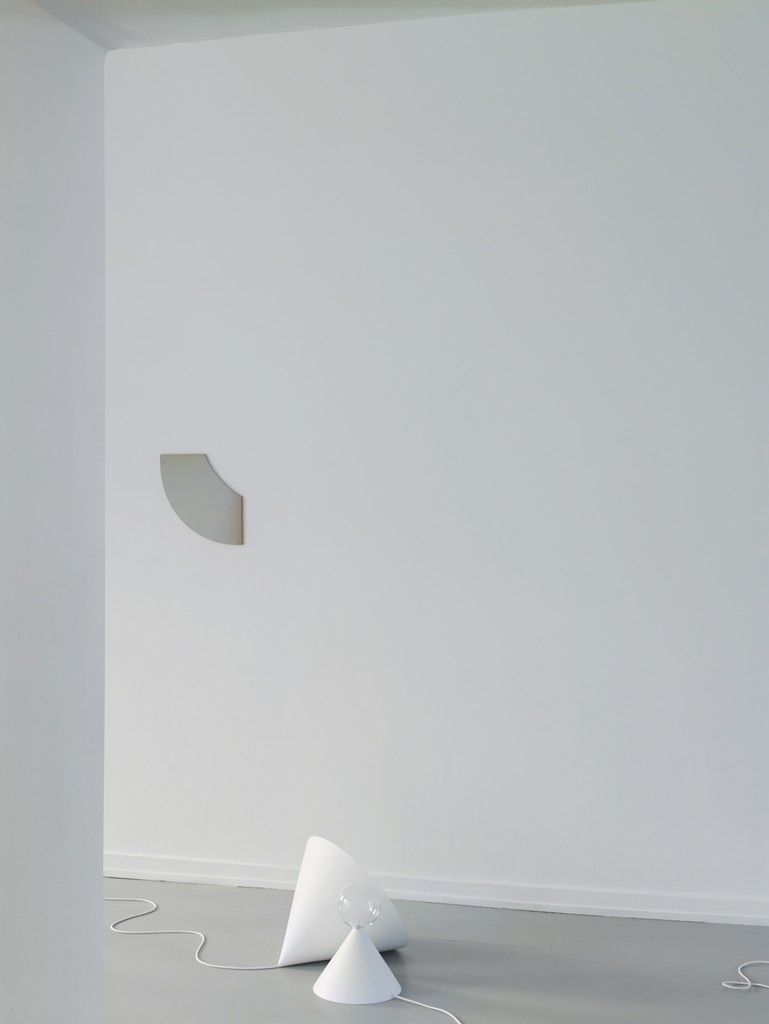 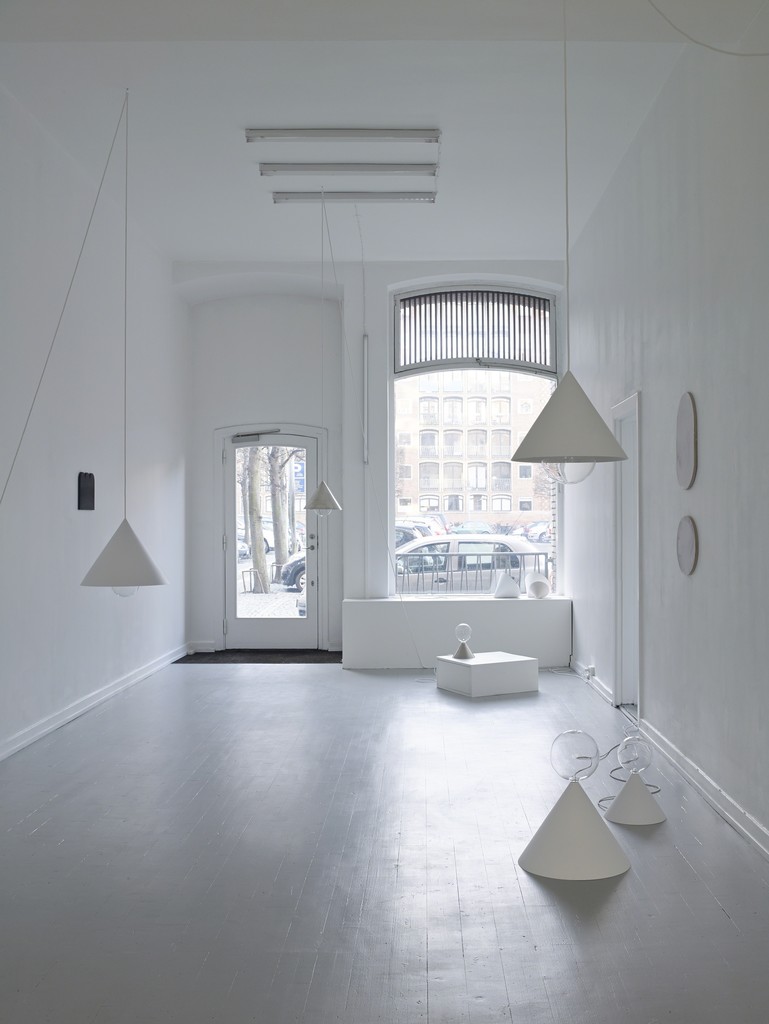 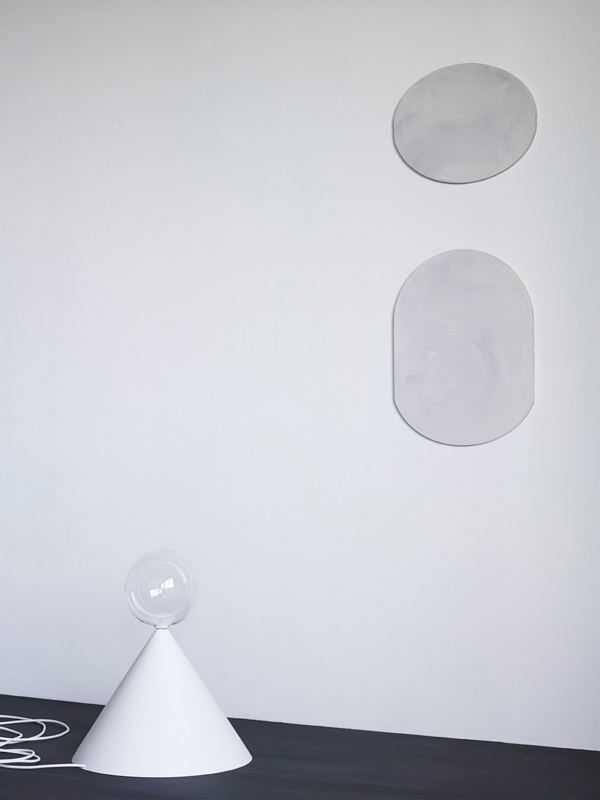 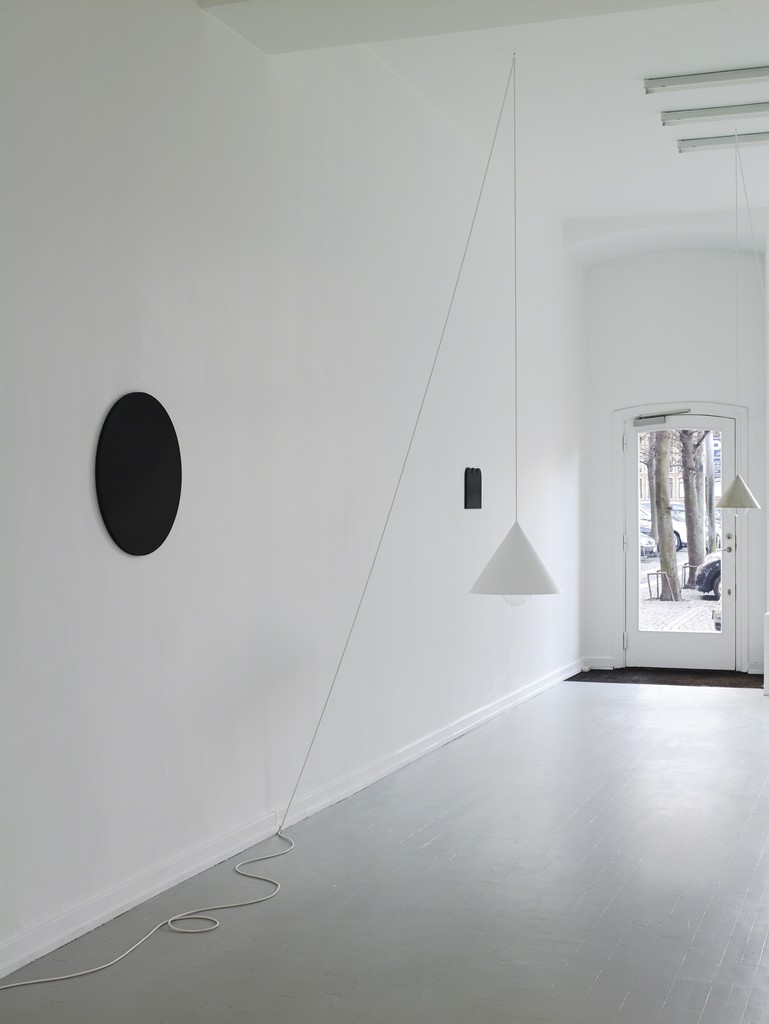 Most objects made by design have at their core an innate repeatability — this often depends on symmetry — regular, even shapes that can be extruded from a flat material or formed in a mould. The handmade, i.e. the irregular, is removed, diminished, or essentialised. Here, colour too is often subdued or graduated.

This joint installation draws from themes common to the field of design. Both collaborators utilise shapes ratified by a sense of ideal proportion, shapes that, like the perfect wholeness of a net diagram, can be equally manifested in two or three dimensions. Both restrict their use of colour to a careful minimum, often relying on the effect of that cast by light from a remote source, leaving mirrored hues, streaked highlights, and colours in shadow. Both reflect on the emotive content of the unquantifiable in the making of an object — inconsistencies of tone, the presence, movement, and shape-making properties of light, a given material’s catchlights and reflective potential.

It has been said of Gothic architecture that it is an architecture of emotion — that the science of geometry is second to an invocation of a spiritual essence within an imagined celestial interior. That geometry can hang in suspension within a diffused architecture, a space of emergent boundaries and dissolvable shadows, is a point of focus for both Bany and studio vit. Bany in particular, embraces fields of shape and space that share a close connection to Gothic buildings and their attendant environments of objects – altarpieces, quatrefoils, screens, lancet windows. Repeated circles with stucco pigments are arranged in a close tension, nestled and symmetrical, or running in parallel with extended bases and hard right-angle corners suggestive of digitized limestone. Often, her titles play on architectural terminology particular to medieval sites; an apse becomes a semi-circular space seen from directly overhead. This is paired with an equally pronounced interest in the role of the domestic arts, and her fan-like supports and calligraphic brushstrokes also draw strongly on the aesthetics of Japanese interior design. Pulling at such diverse conceptual strands, her collections of shapes evoke a purified language of abstract symbols.

Studio vit take an approach to the geometry of shape and mass that pertains to classical Euclidean theory, the cone, cube, cylinder and sphere dominant juxtapositions in their output. Nevertheless, the aesthetic delicacy and balance of their products draws on the emotive properties of harmonious or imbalanced forms that break the strict ratios of classical proportion. When seen together, their Cone lights become a series of moveable combinations, each of the two forms they comprise interacting with its partner in a singular and divergent counterpoint. As with Bany’s painted surfaces, these combination objects rely on the defining properties of light. They are dense, silky, or rigid triangulations in daylight, emitters of spectral and explosive radiance when alight.

With all these works, context is acutely variant. As proportion, light, and formal and spatial relationships are key elements of their production, so too are they defining of the works’ reception within a given space. As with objects of design, they deepen our relationship with a surrounding environment, but as works of a unique nature, they offer and develop repeated forms in un-repetitious and unrepeatable arrangements.