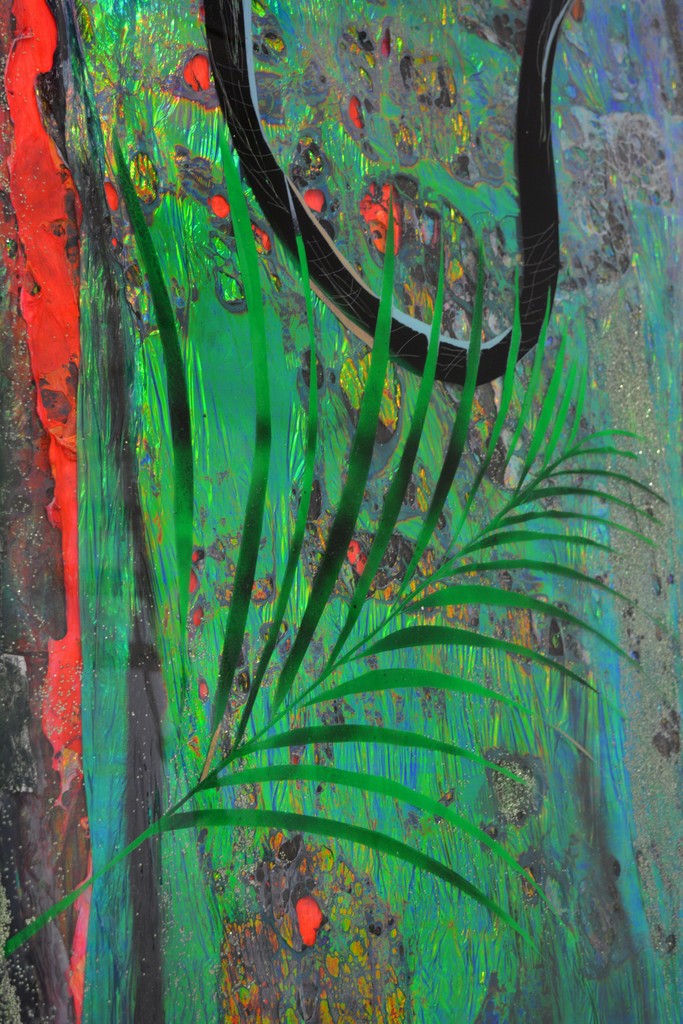 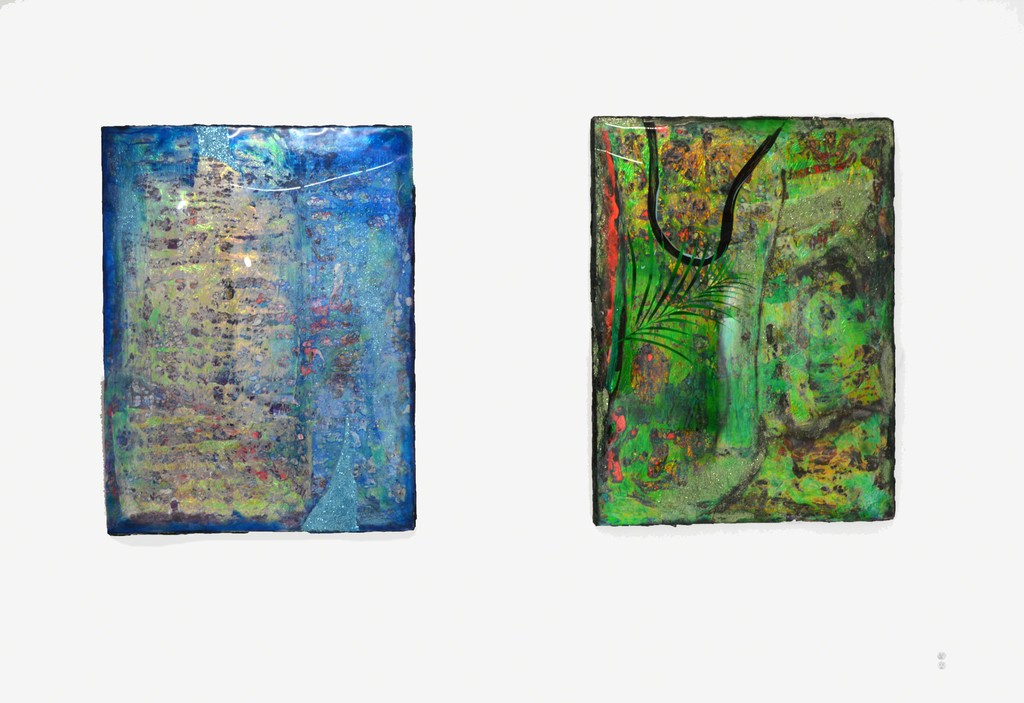 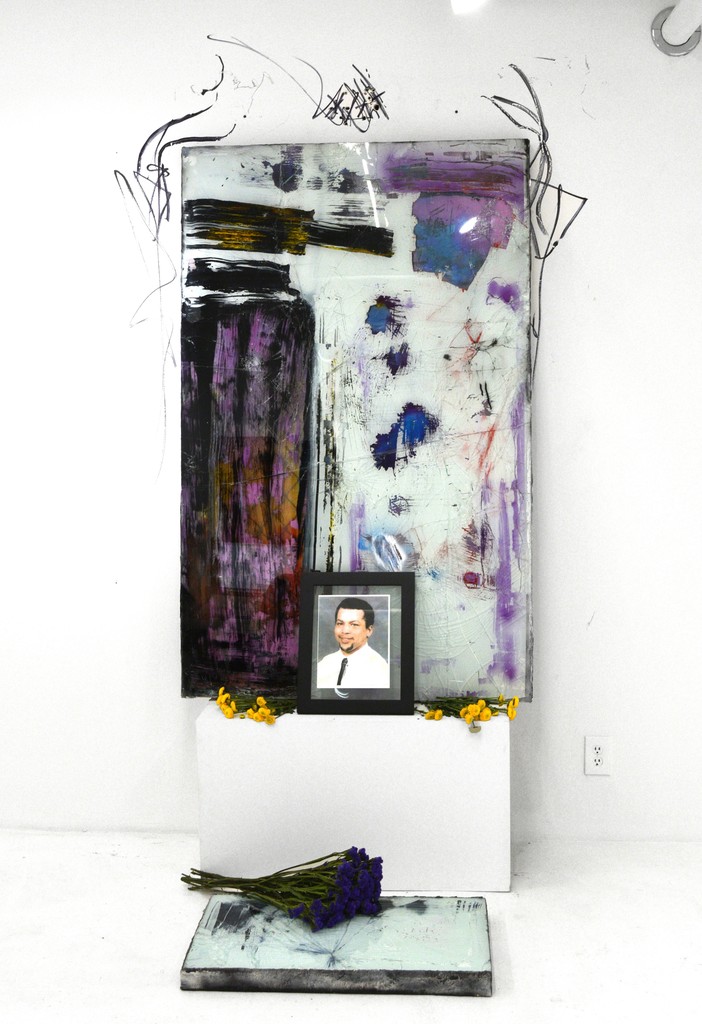 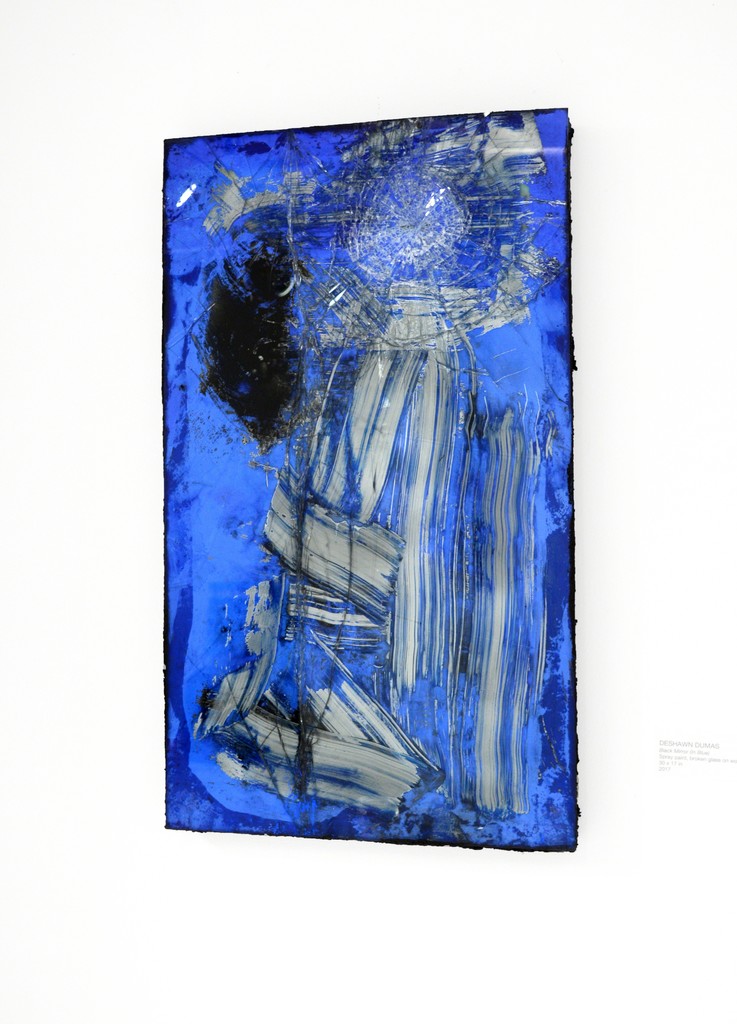 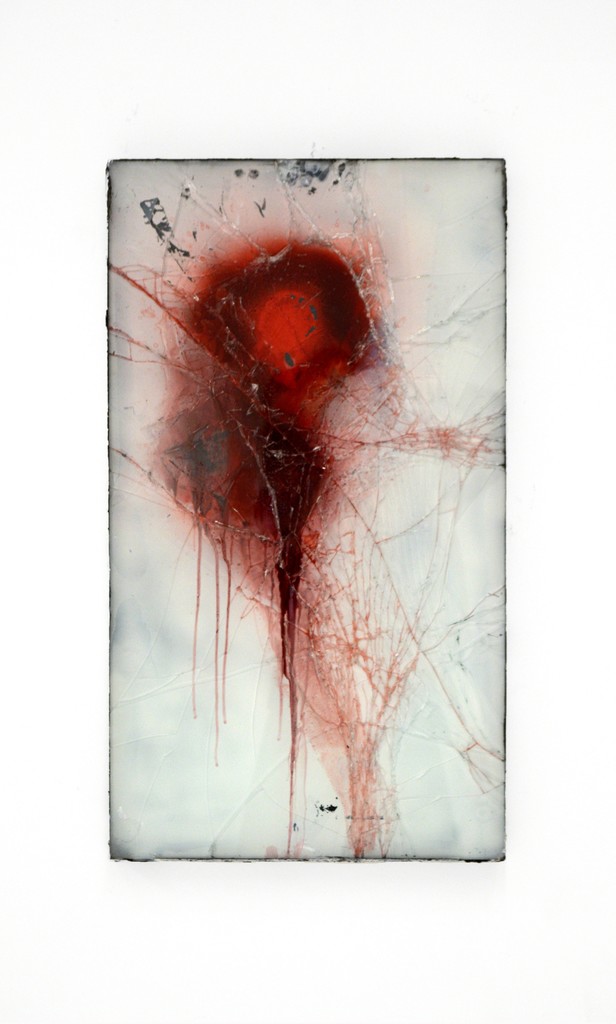 In an installation featuring several mixed-media paintings, DeShawn Dumas continues his inquiry into irreconcilable difference. While Dumas’ prior mixed media paintings highlighted the tension between written language and the gestural mark his current exhibition makes reference to the politics of desire, ecological catastrophe, geological stratification, consumer telecommunication devices, and the architectonics of the city.

Dumas revisits the historical gulf between the illusionistic or pictorial space of American post-war abstraction and the theatrical literalism of Minimalist sculpture — rehashing Michael Fried’s famous defense of modernist painting. In Art and Objecthood Fried advocated, “…that there was a war going on between theatre and modernist painting…a war…of experience, conviction and sensibility.” Fried continued, “what I have been calling theater has chiefly made itself felt as the need to establish a drastically different relationship to its audience.”

Similarly, Dumas uses reflective industrial materials, the physicality of the support, and processes of burning and puncturing in attempts to suggest a hallucinatory experience. These enchanting vitrine-like paintings bear witness to a culture of inhumanity and ephemeral fantasy. An impossible suspension occurs where what appear to be glittering clouds of pixie-molecules and synaptic webs (a metaphor for magical thinking) obscure ritualistic acts of violence. Dumas’ theater offers a space of candy-coated terror. For the artist the Neoliberal era and its plausible transition may become the nightmare from which we are all trying to awaken.