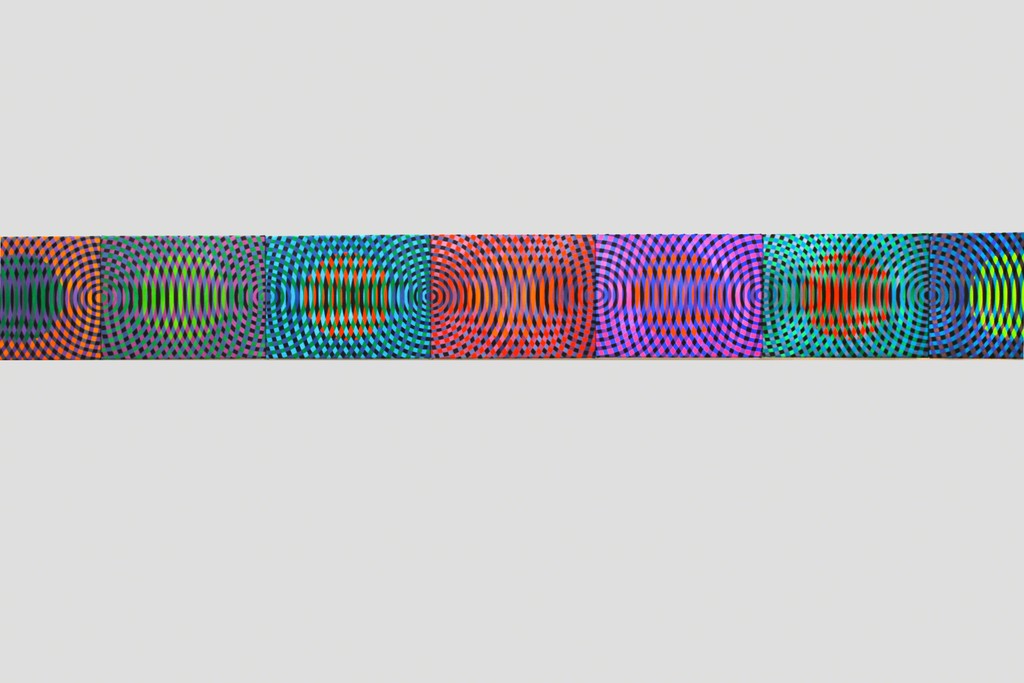 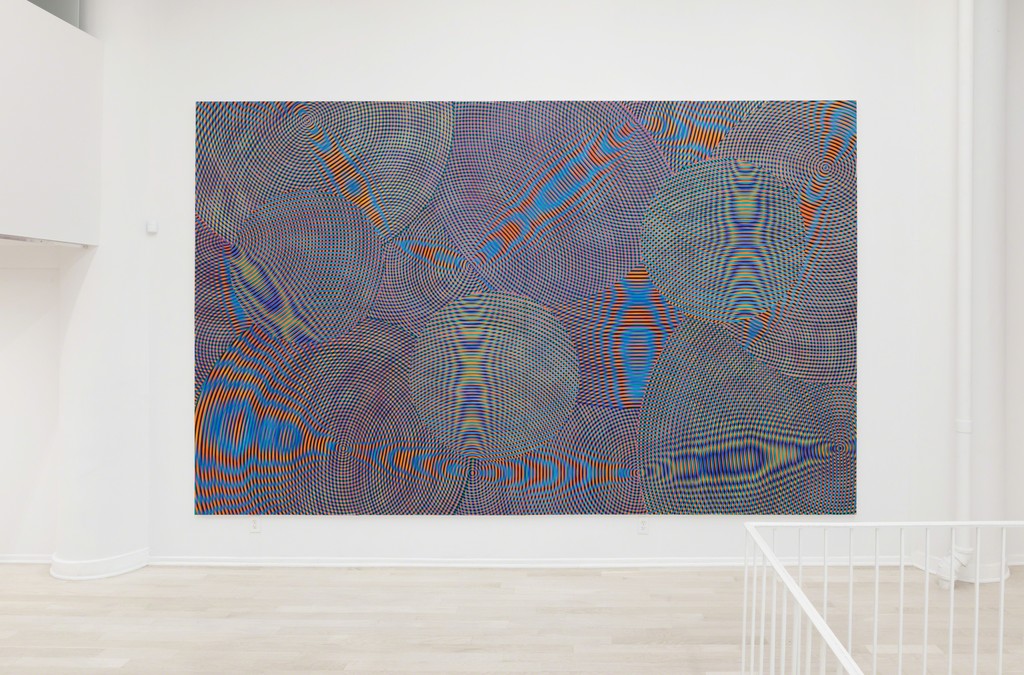 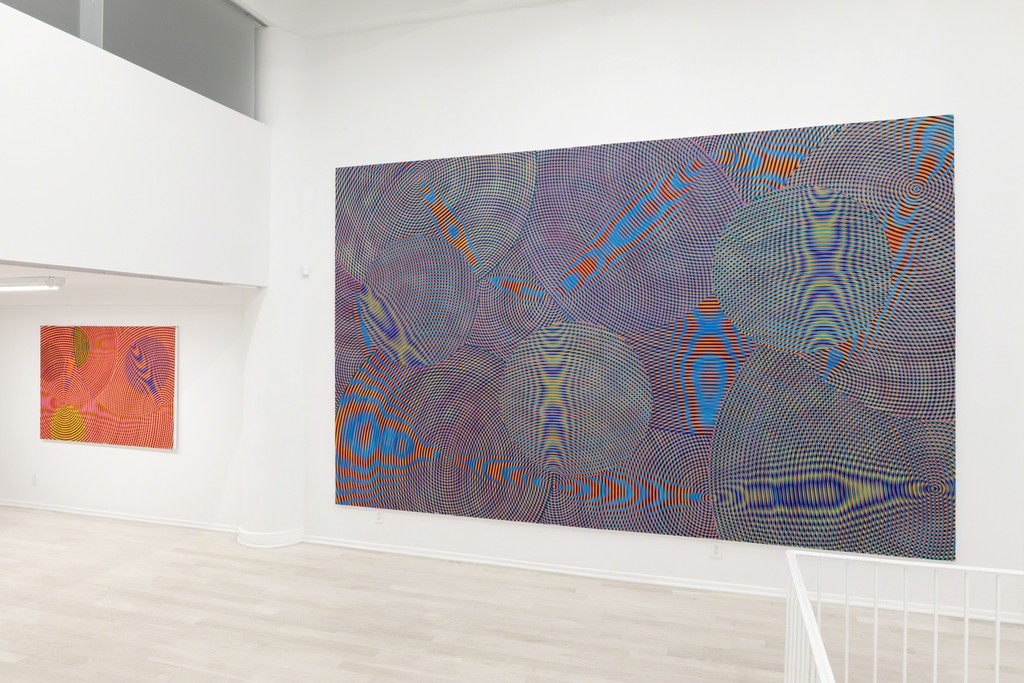 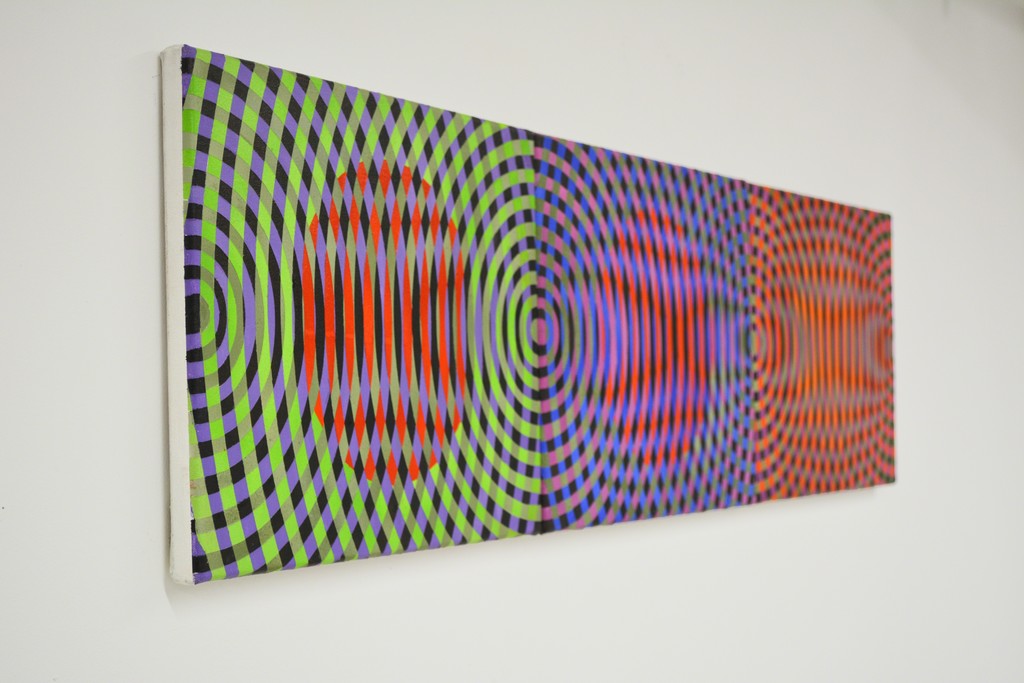 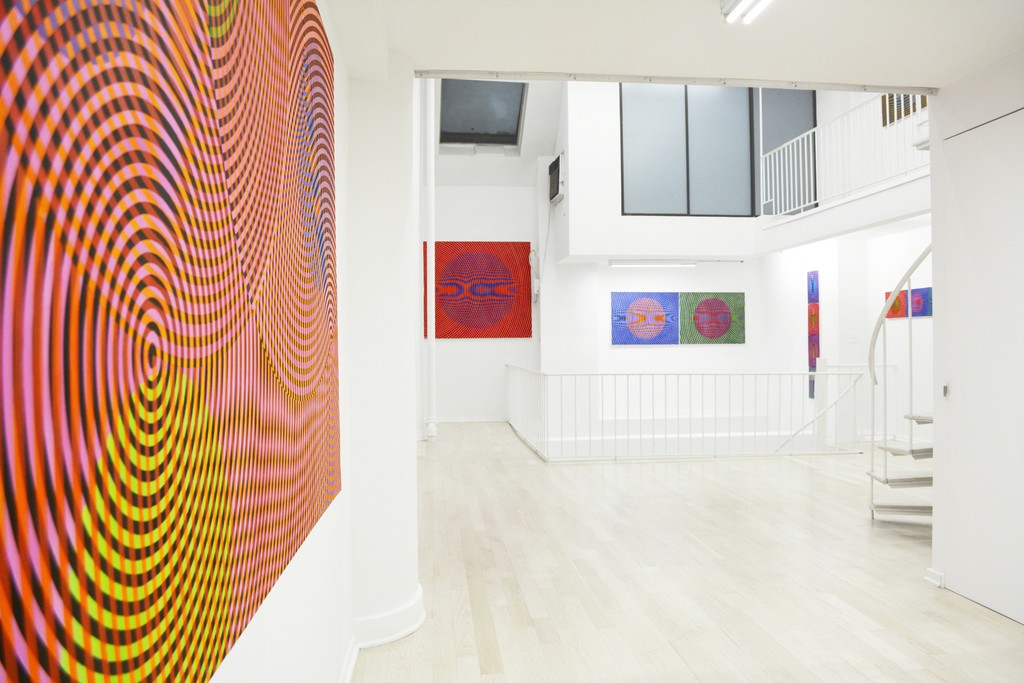 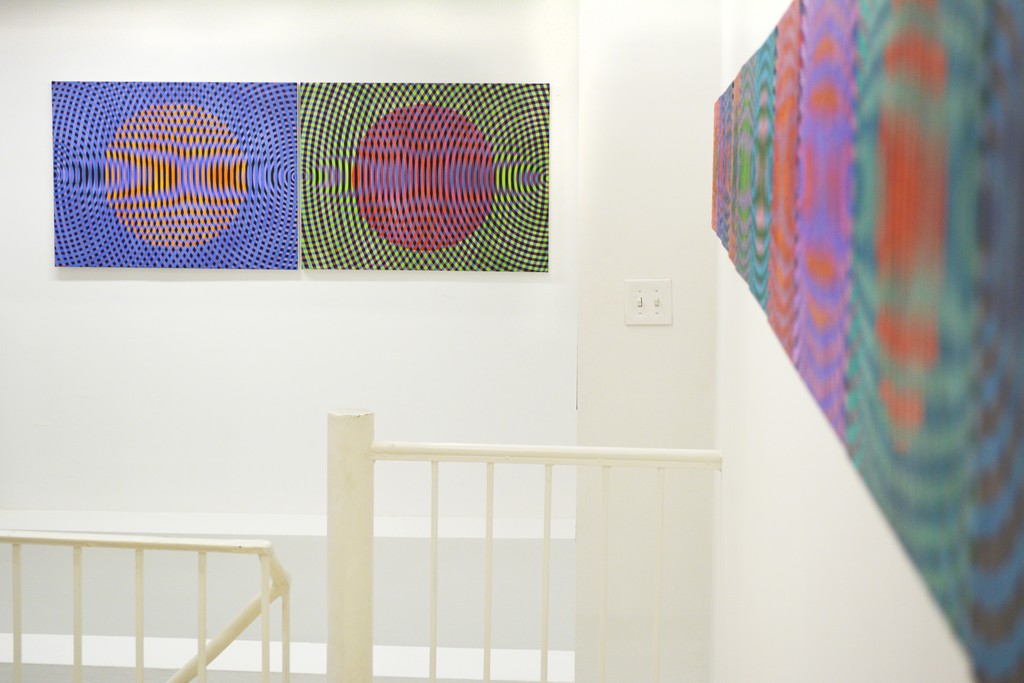 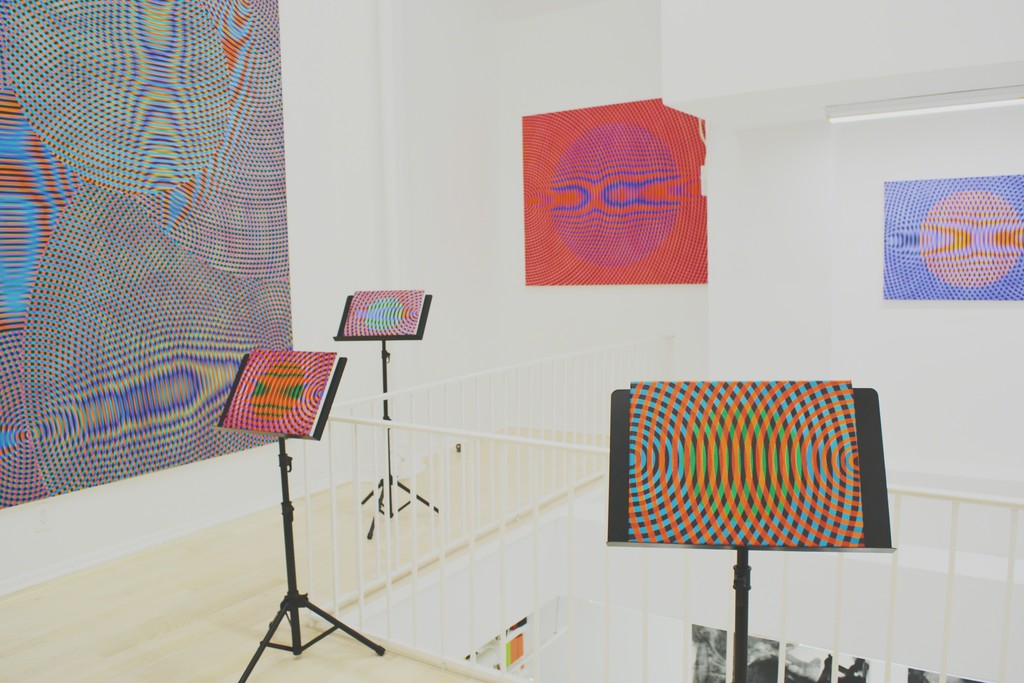 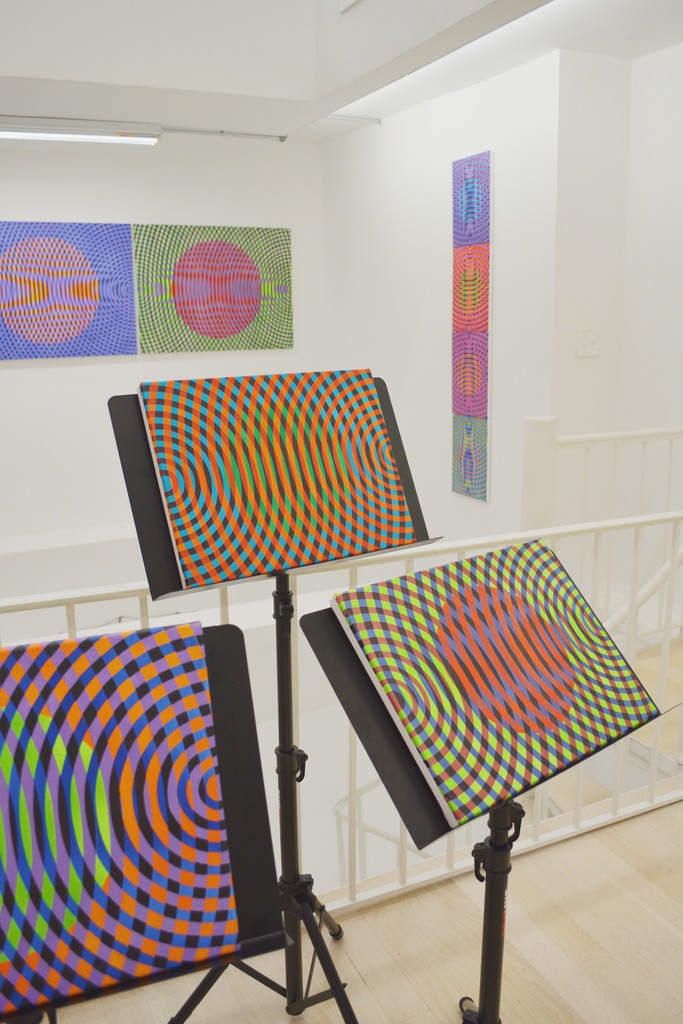 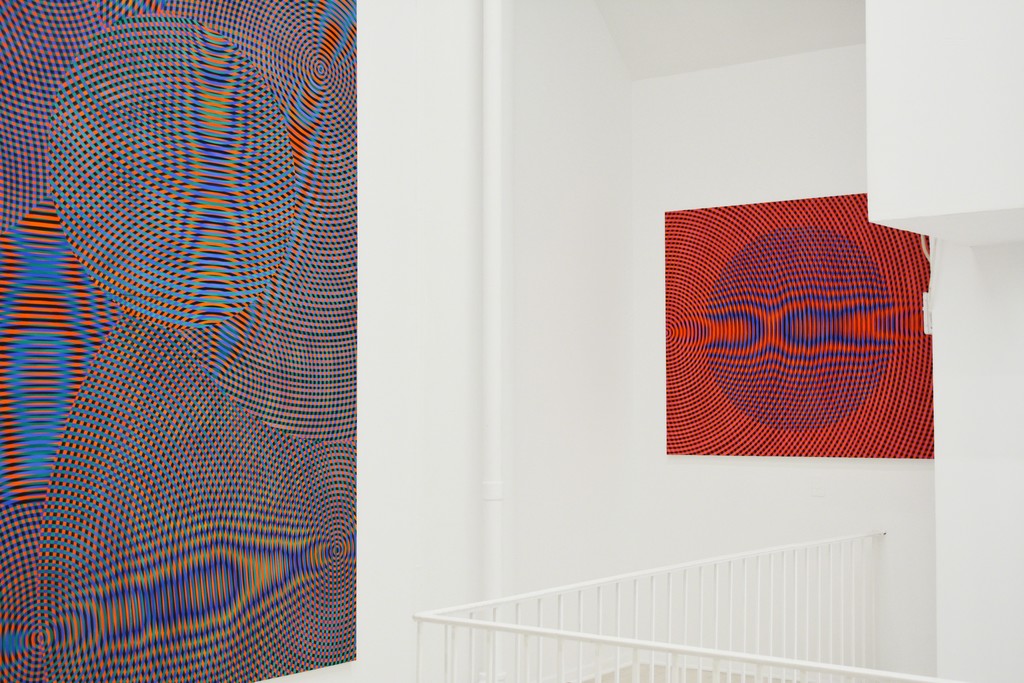 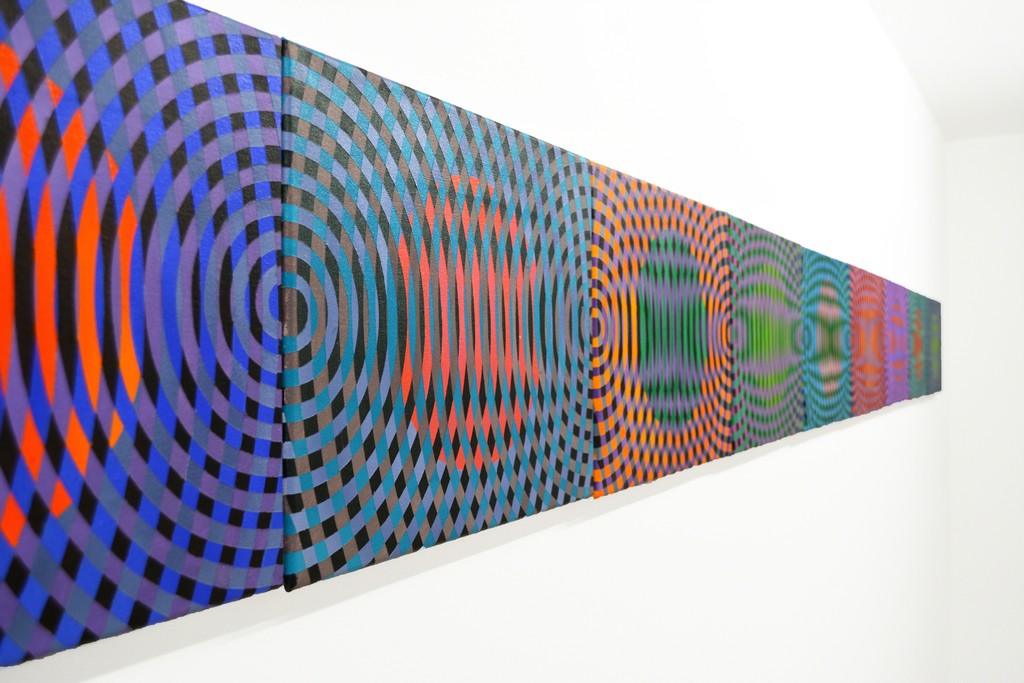 The first solo exhibition of the Australian artist John Aslanidis maps out the area of convergence between visual imagery and sonic frequencies. His complex, concentric paintings combine artistic intuition with mathematical precision, depicting networks of oscillating sound waves. The eye follows luminous circular emanations of color as they expand, interpenetrate, merge and evanesce, mimicking the dance of vibrations on a liquid surface. Aslanidis’ images straddle the interplay between science and art, the empirical and interpretive. As an artist he tracks the emergence of sound into light allowing energies to express themselves empirically – this is what music would look like if we could see it. As such, he explores the neurological frontiers of synesthesia, where the senses cross over into each other, where taste can be seen as shape or touch heard as song. In the Venn Diagram overlap zone, Aslanidis makes his patterns multiply as if the merging of sound becomes the merging of color which becomes the merging of sensory receptors.

Aslanidis's work also invokes past art-historical explorations in similar terrain. However, much they suggest scientific experiments, we are aware that his inventions have pedigrees in art. His color-buzz effect calls to mind the dizzy cross-hatching techniques of Aboriginal art in his native land. In exposing the texture of a scientific force he reminds us that the Impressionists and Pointillistes wanted to expose the diffractional processes underlying color itself. Critics have even compared Aslanidis to the artist Wassily Kandinsky, an early pioneer of abstraction whose influential essays emphasized the musical characteristics of art.

Kandinsky wrote in 1910, “Color is the keyboard, the eyes are the hammers, the soul is the piano with many strings. The artist is the hand which plays, touching one key or another, to cause vibrations in the soul.”

With his paintings, Aslandis’ depicts the invisible life of sound, playing with the limits of human perception. Aslandis reminds us of the unseen beauty of the universe, painting the hidden but elemental energies of sound and light that resonate with us all. His circular waves pass through space, through our consciousness, become our thoughts, the infrastructure of our sentience. After all, we apprehend existence through our senses. Aslanidis` artworks are here to help us to visualize what our senses know but cannot tell us. He shows us how to see what we didn't know was there.