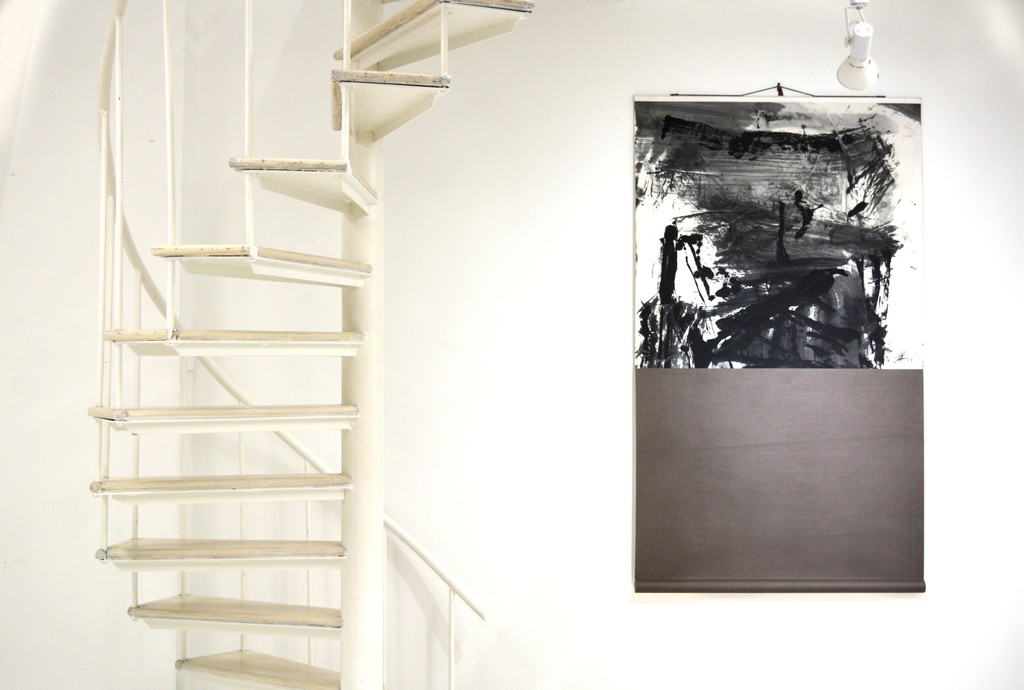 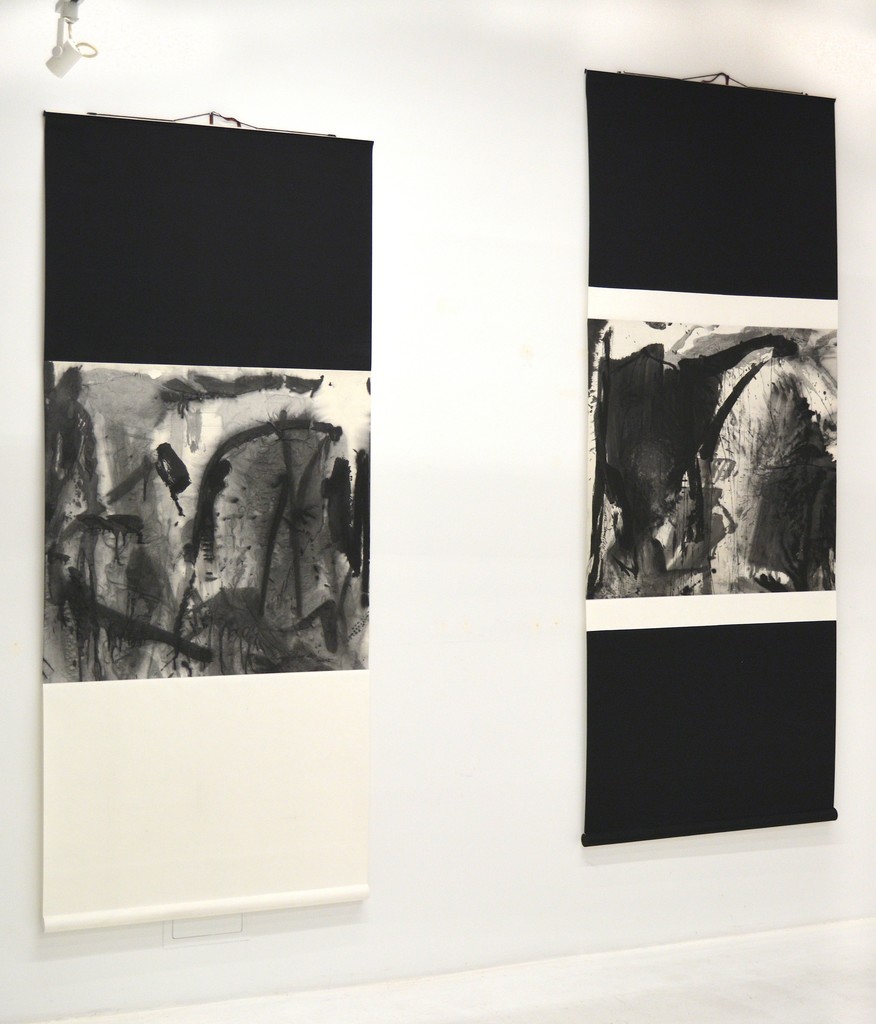 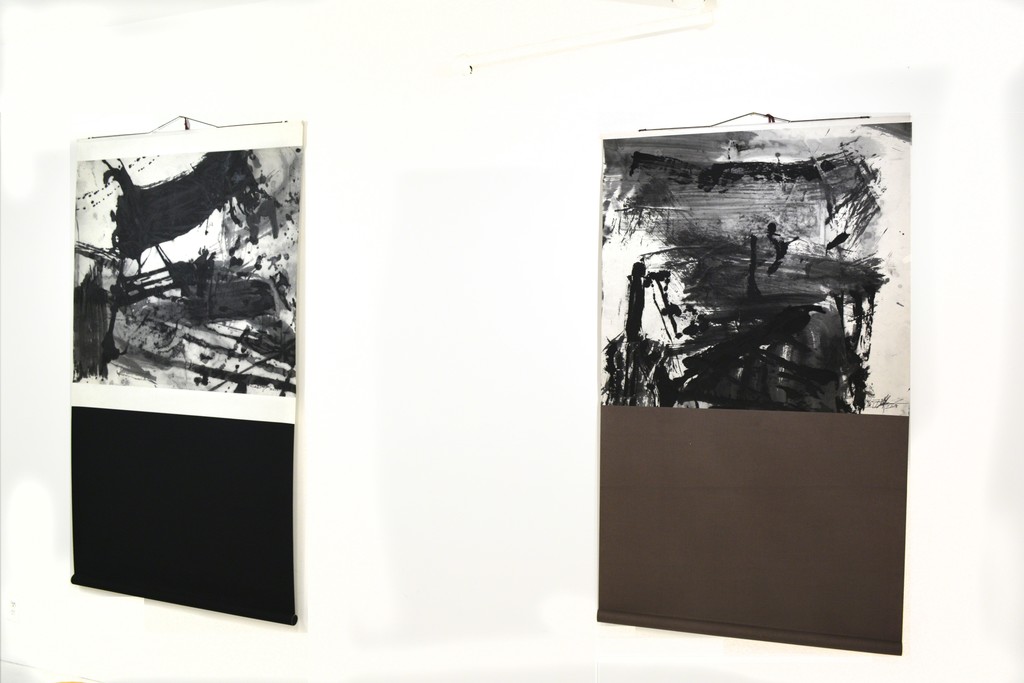 Just as Chinese literati artists sought to depict not merely the still life of nature but its kinetic sweep and song, Lan Zhenghui's ink scrolls pursue mass and velocity at the horizon where landscape meets abstraction. They might be torrents or cloudscapes or galactic eruptions. They might instead be the expressionistic rendering of the inner force that moves such things. For the eye seeking coherence, they can be both at once, a resolution of the great separation between the earthly and the divine, a synthesis that the Chinese literati sought over centuries – often explicitly in the poems that accompanied their art.

Lan resolves the quest by fusing ancient and modern genres, the centuries-old visual language of brushstroke miming landscape fused with the pure motions of contemporary abstraction. His mountains are in the upheavals of black ink, his details in the stirrings of his brush. Lan spent twenty years living in the countryside of China's An Hwei province, studying landscape and painting first-hand. As a renowned art critic said of him, “Lan's brushstrokes are tunnels to Chinese art history”. In R04 we see what is perhaps a craggy moor side topped by sparse grass blades and under-girded with rocky outcroppings. Others might see a geometrical abstraction. Seeking the artist's true intent we look for nature’s and creation's hidden lineaments. Ultimately we see our own quest for order and meaning.

Sometimes Lan likes to tease the viewer with a barely discernible figure emerging or submerging amid the ink wash. He plays with our need to anthropomorphize. In the top left of R02 is that a human silhouette with arms raised and a dot for a head hailing us for help? Or is the beaked black swash beneath him a dragon with a horse body? Do we focus on the dark or the interfacing white outline? Such were the struggles of ancient priesthoods as they strove to read the clouds. Lan uncovers long-buried forces lost in memory as he bends and fuses genres of past and present with his adventures in ink.

Lan Zhenghui was born in 1959 in Sichuan, China. He graduated from Sichuan Fine Arts Institute in 1987. Lan Zhenghui was most recently prominently featured in the Rubell Collection exhibition CHINESE 28 in the San Francisco Asian Art Museum in 2015 and the San Antonio Museum of Art in 2016. In 2014 and 2015, Lan was honored by Art Central Hong Kong by being invited to create two special ink installations: ‘Re-thINK Ink, 2014’ and ‘Ink Monument, 2015’.