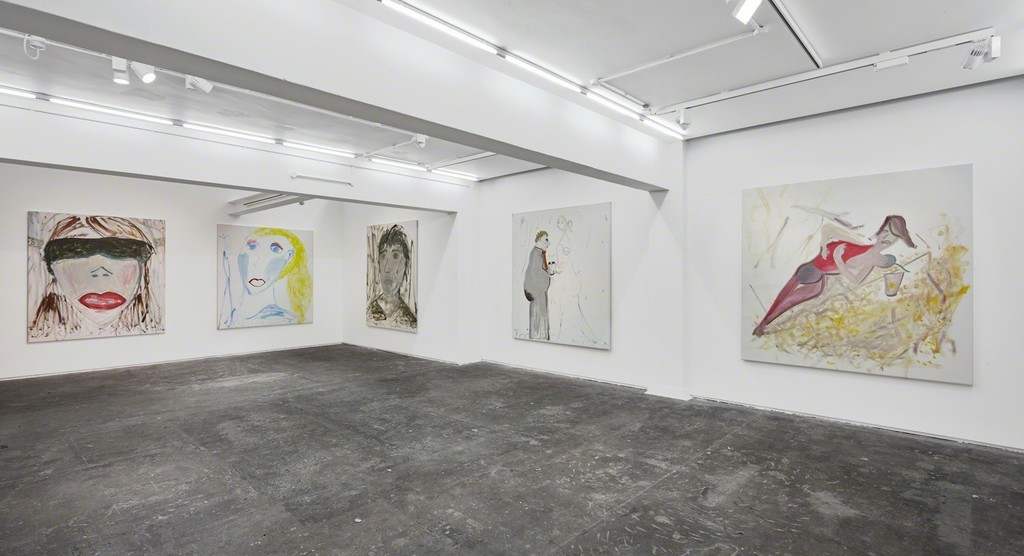 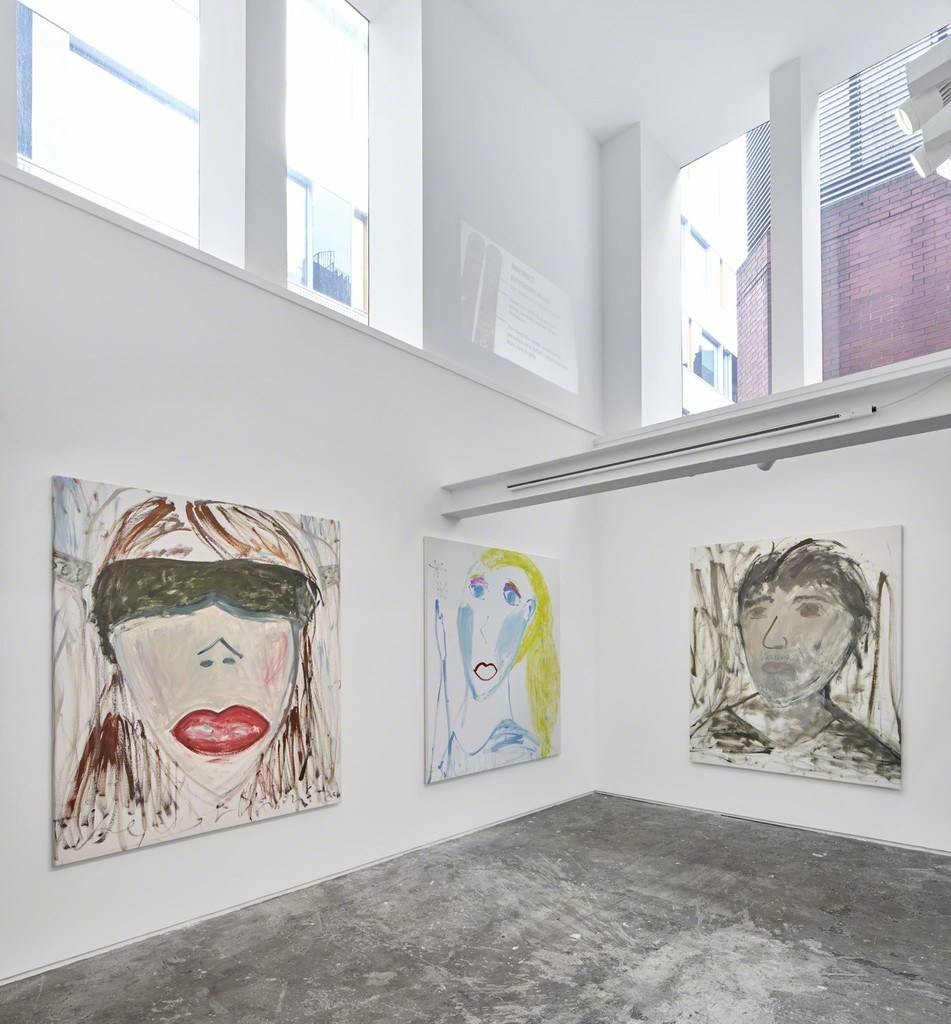 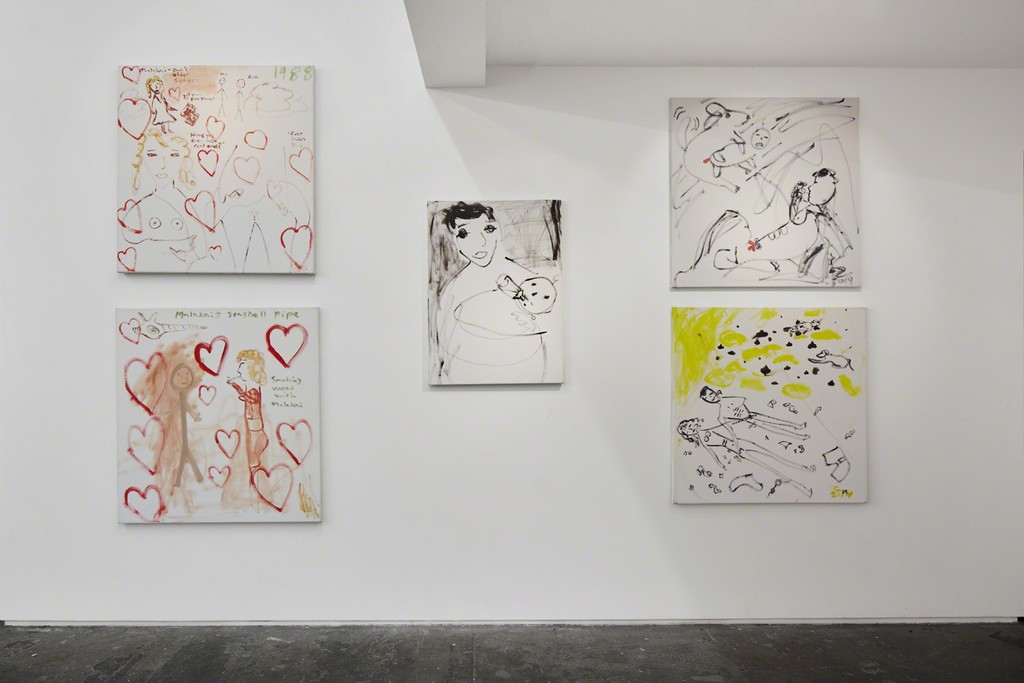 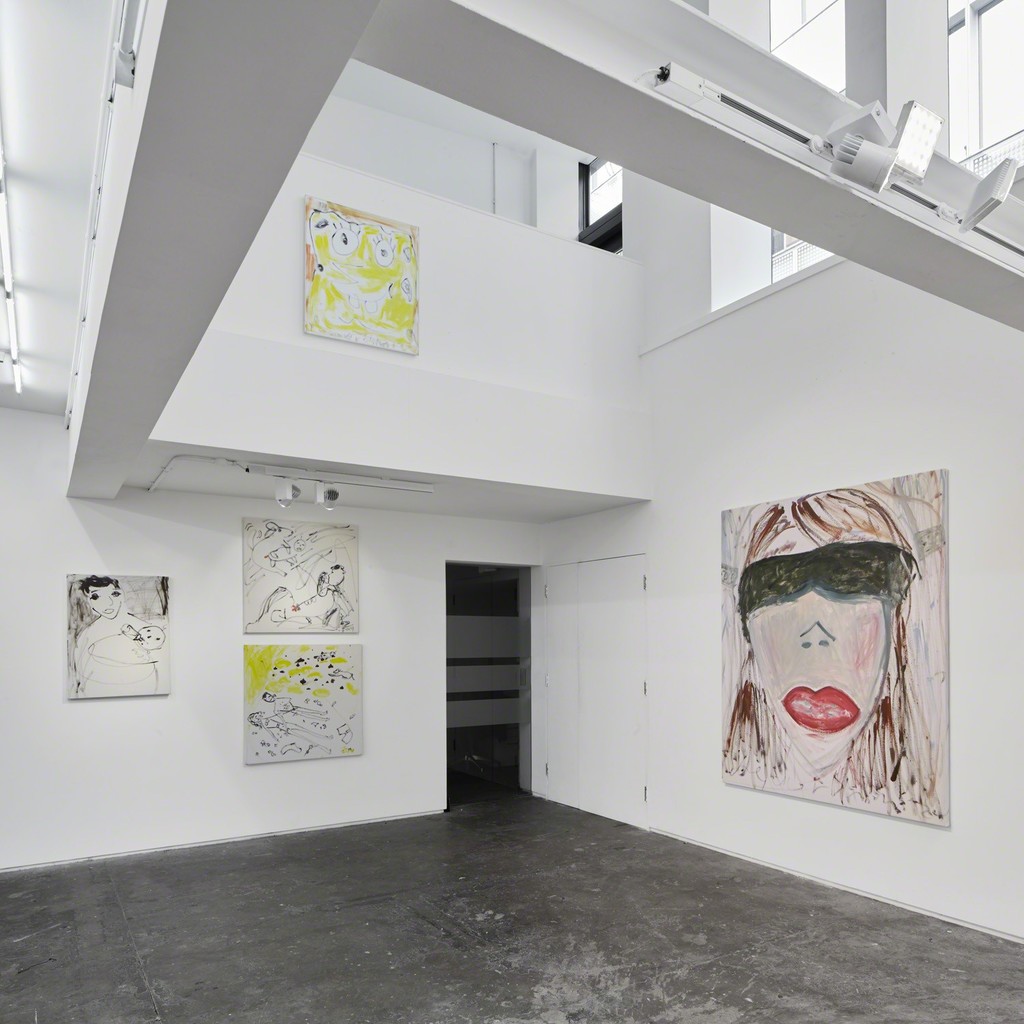 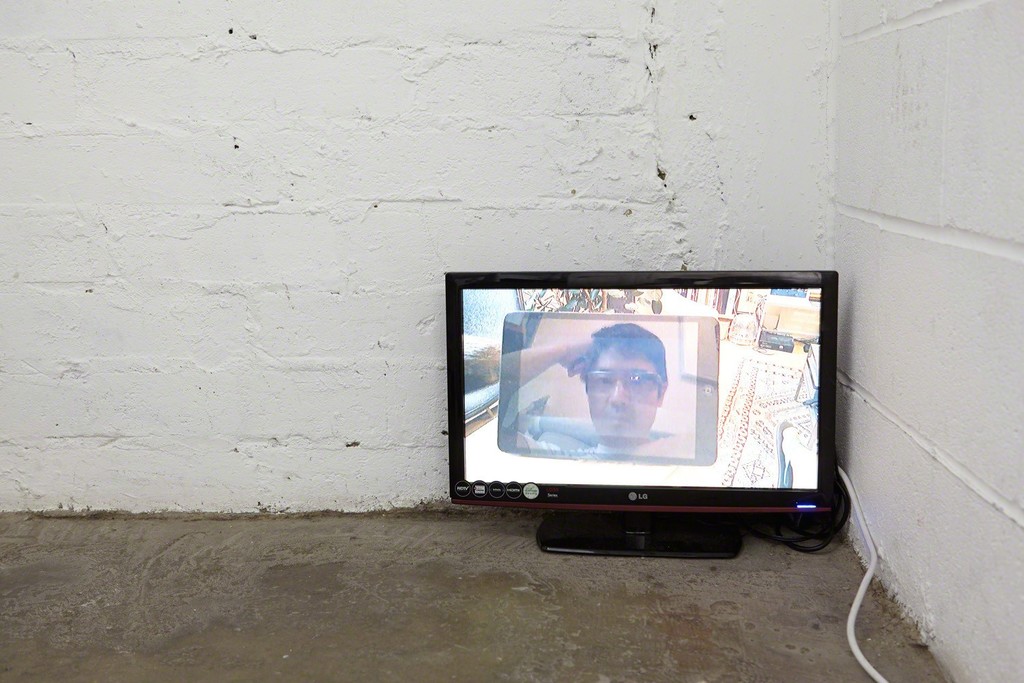 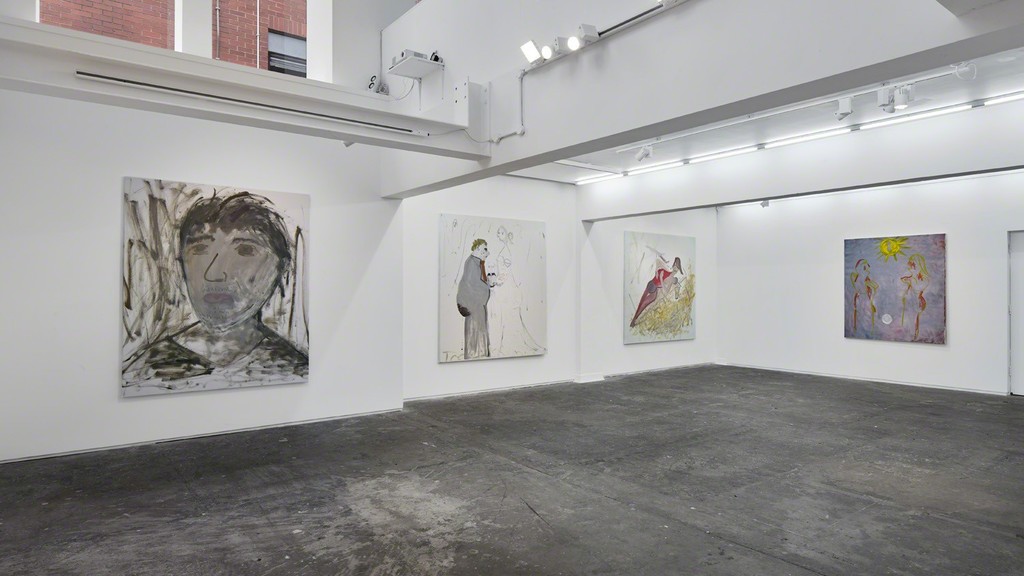 Shimizu is concerned primarily with the generic and clichéd situations of everyday life, whilst simultaneously being informed by popular media. His paintings, generally depicting sadly mundane and introspective household activities, also suggest tragic psychologies of his protagonists. These nebulous images lacking specificity and detail introduce an eerie mystery surrounding the character of the painter; at times introspective, at others voyeuristic. Consisting of a few impulsive, gestural strokes, sometimes built up in muted hues but often left against a stark white canvas, they flesh out fleeting moments, the results are weird, bleak snapshots. These quick scenes seem ephemeral, somewhat out of reach. Shimizu’s simplicity skimpily clothes the intangible.

One distinct stylistic element lingers throughout: a scarcely dry brushed, even economical, image with a figurative subject, blurred and dryly smudged, within elements of some vague environment. Many of the works come close to being slapstick, even raunchy, a sort of shock-comedy. The images are often so vague that they do not present enough information to commit to the punch line of a slapstick joke – a joke falling flat, or unintentional humour. This misunderstanding becomes integral to the interpretation of the works.

The portraits have both pop culture and expressive self-portraiture references. Shimizu is interested in how Courbet created a variety of personas, which relates to his interest in acting and filmmaking. For example, works such as Elsa, Fifty Shades of Grey, and Self Portrait can be read as subject matter directly related to the interests of suburban families who may or may not have children, or who might be considered ‘on the conservative side’…..

Alongside these paintings play video pieces referencing a ‘pre-midlife crisis situation’, in which someone is browsing extreme sports equipment. Shot from the perspective of an aging man, clinging onto his youth, this work further highlights Shimizu’s exploration of the banalities and clichés of everyday life.