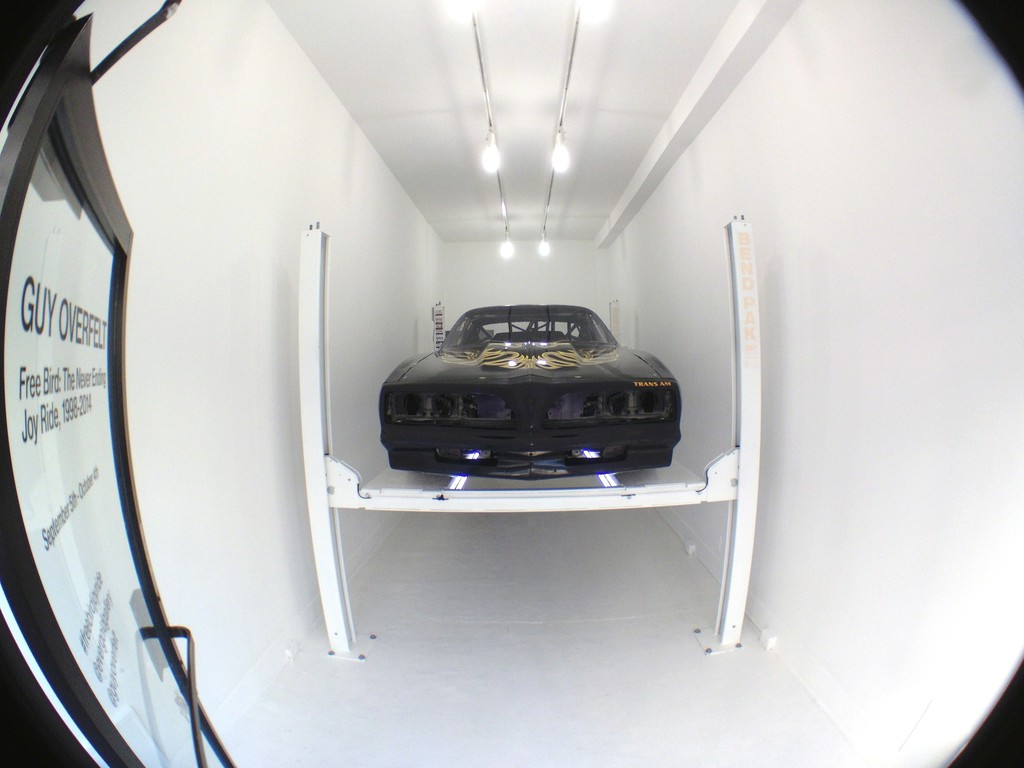 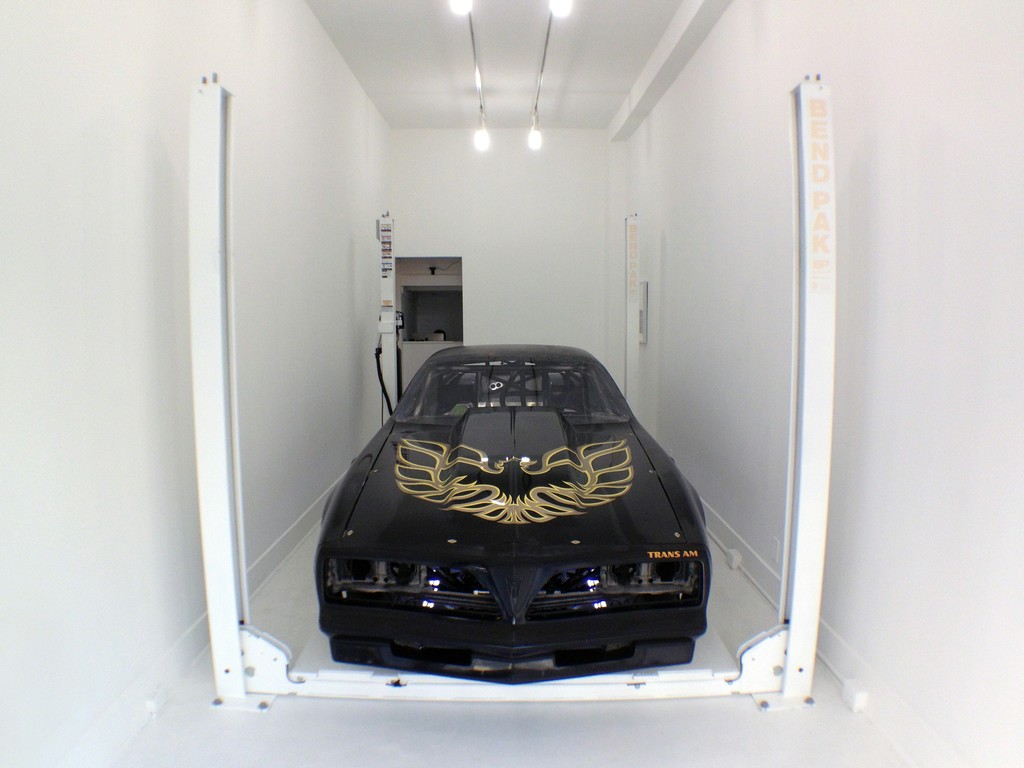 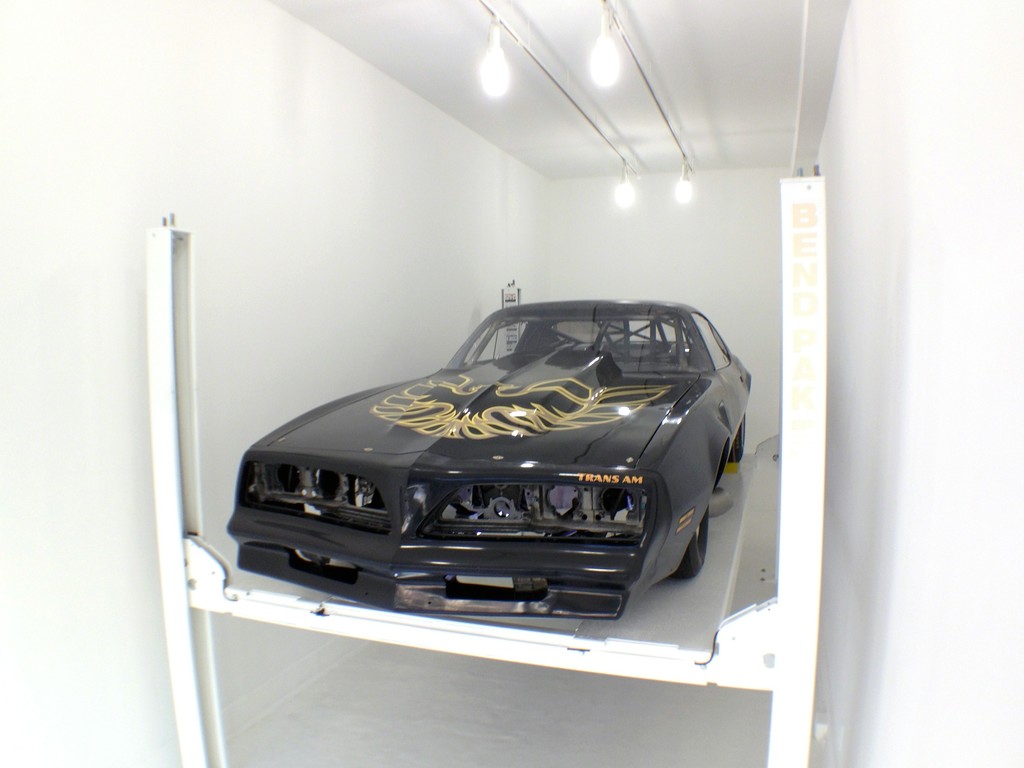 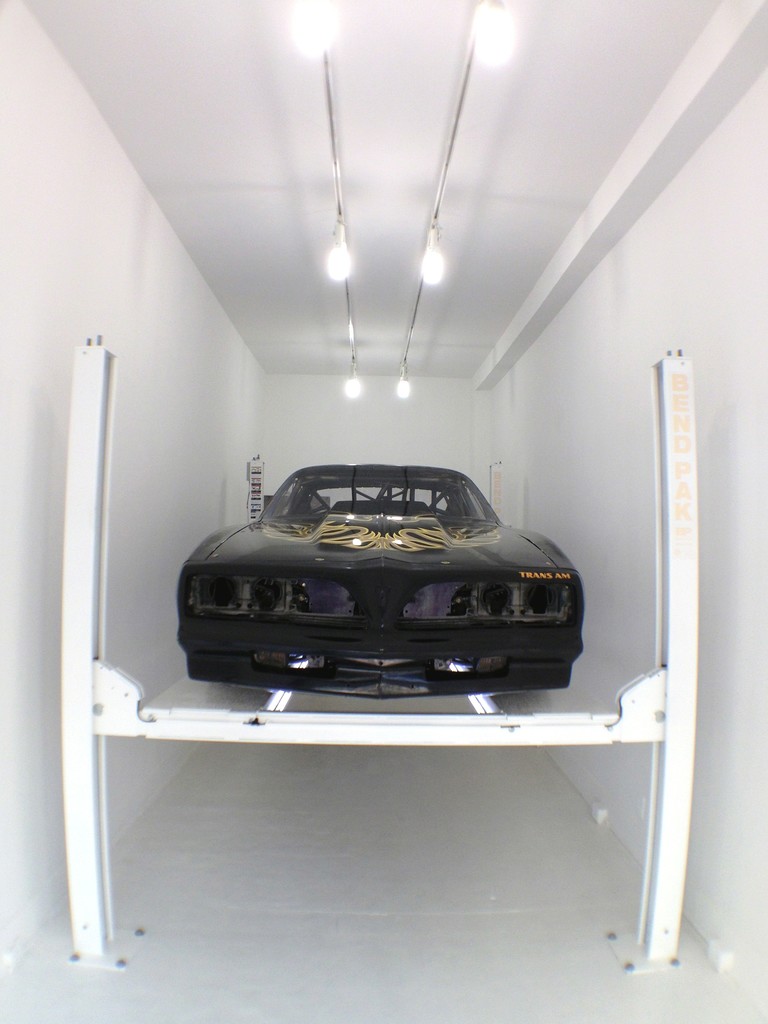 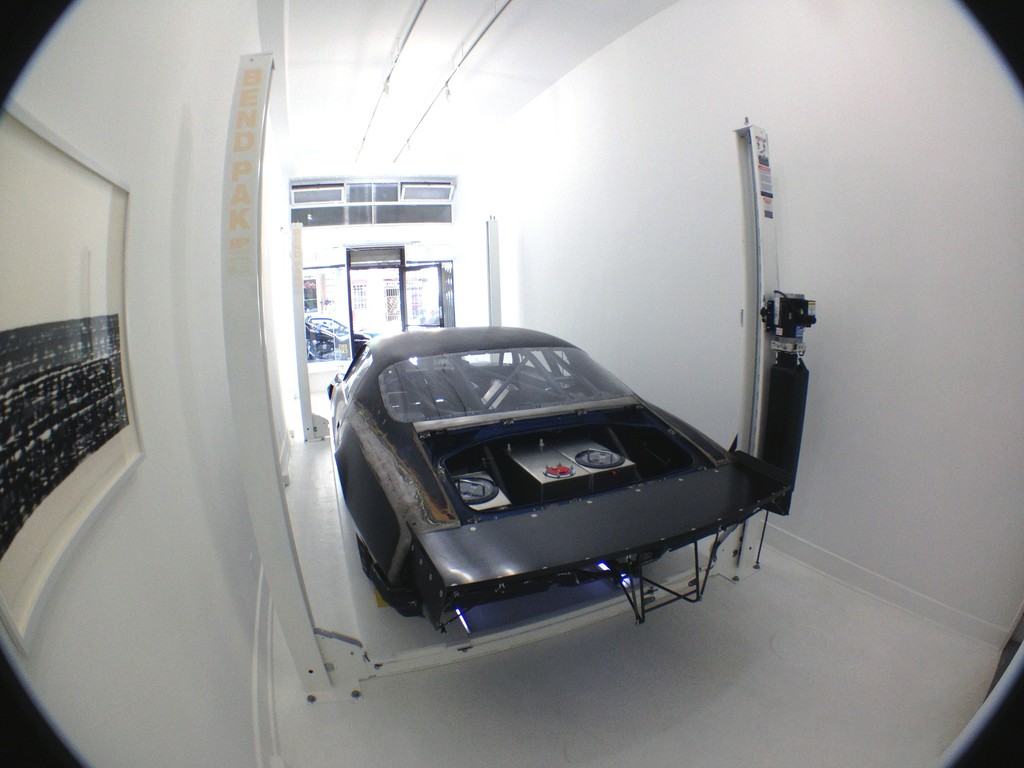 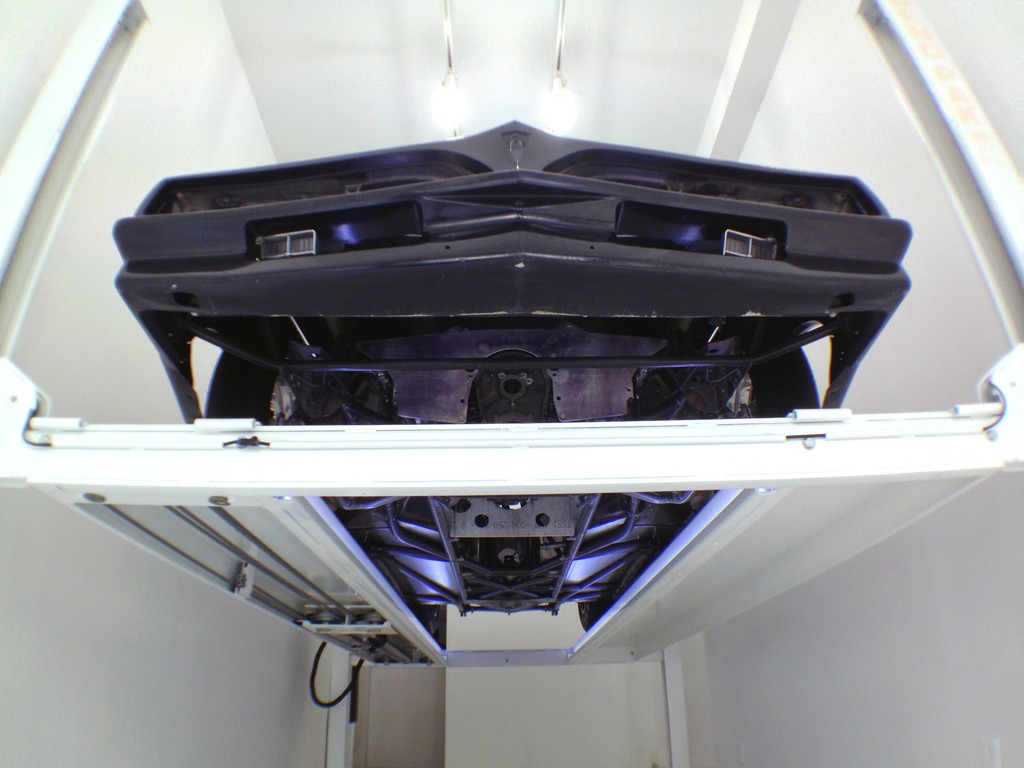 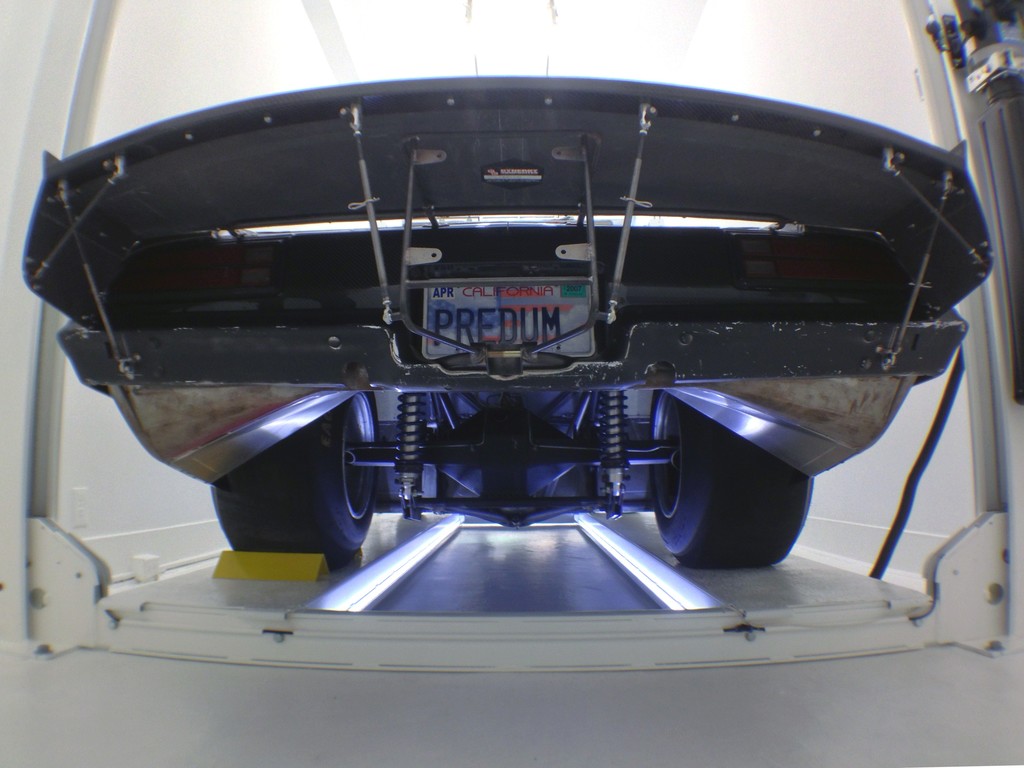 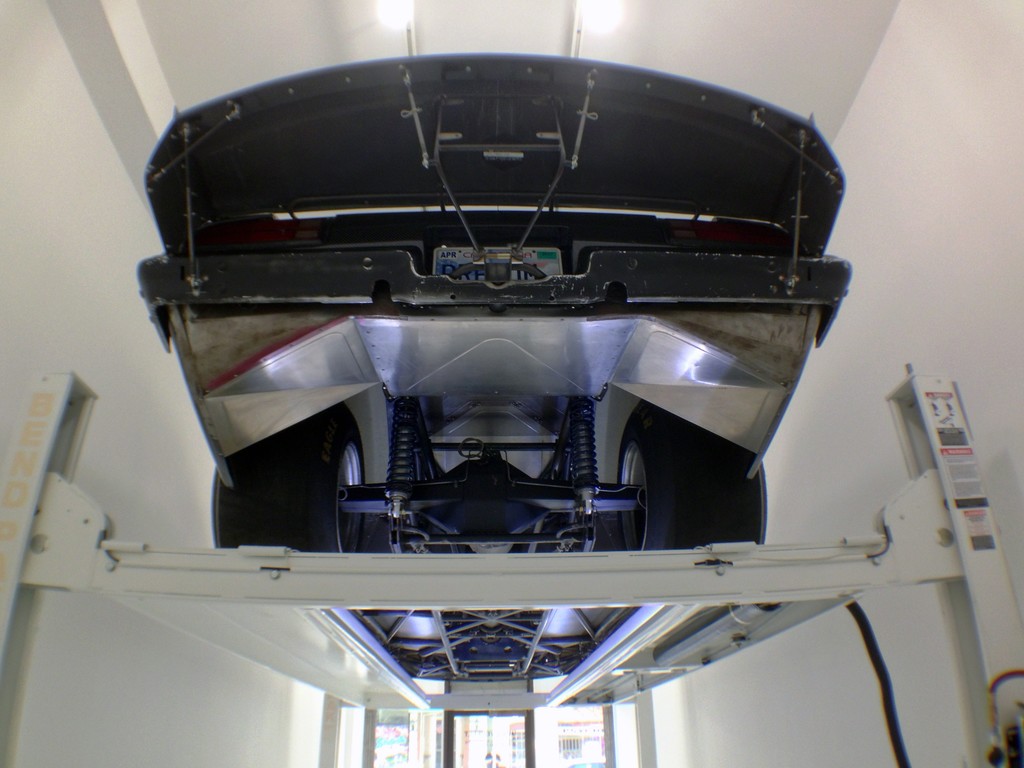 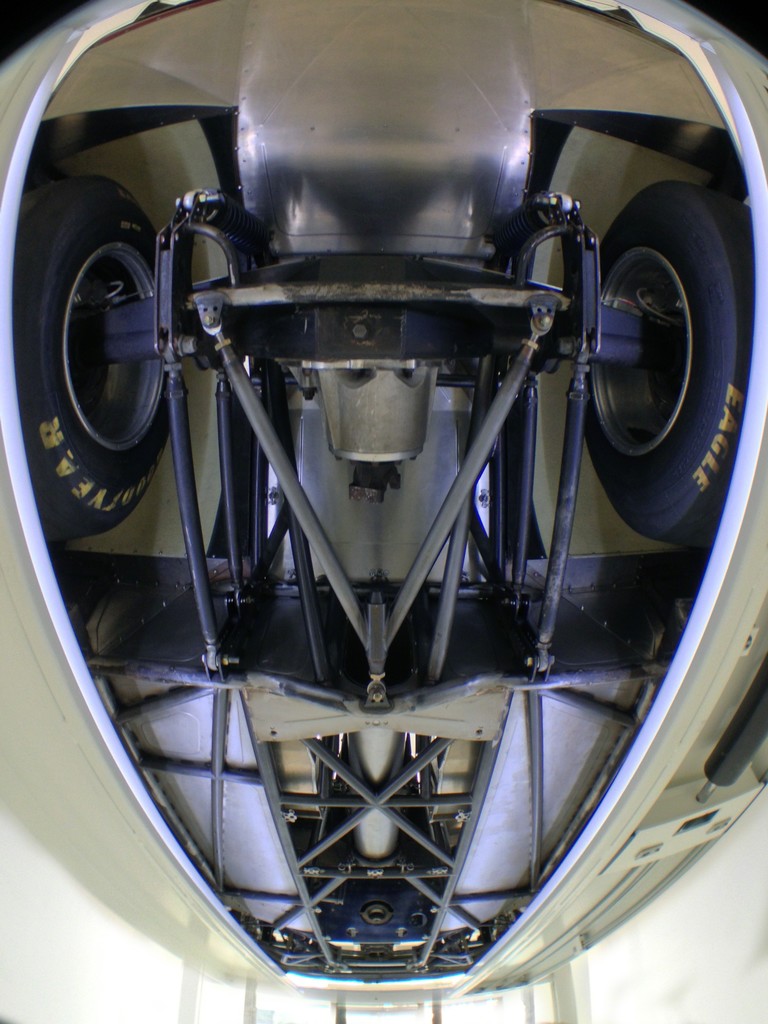 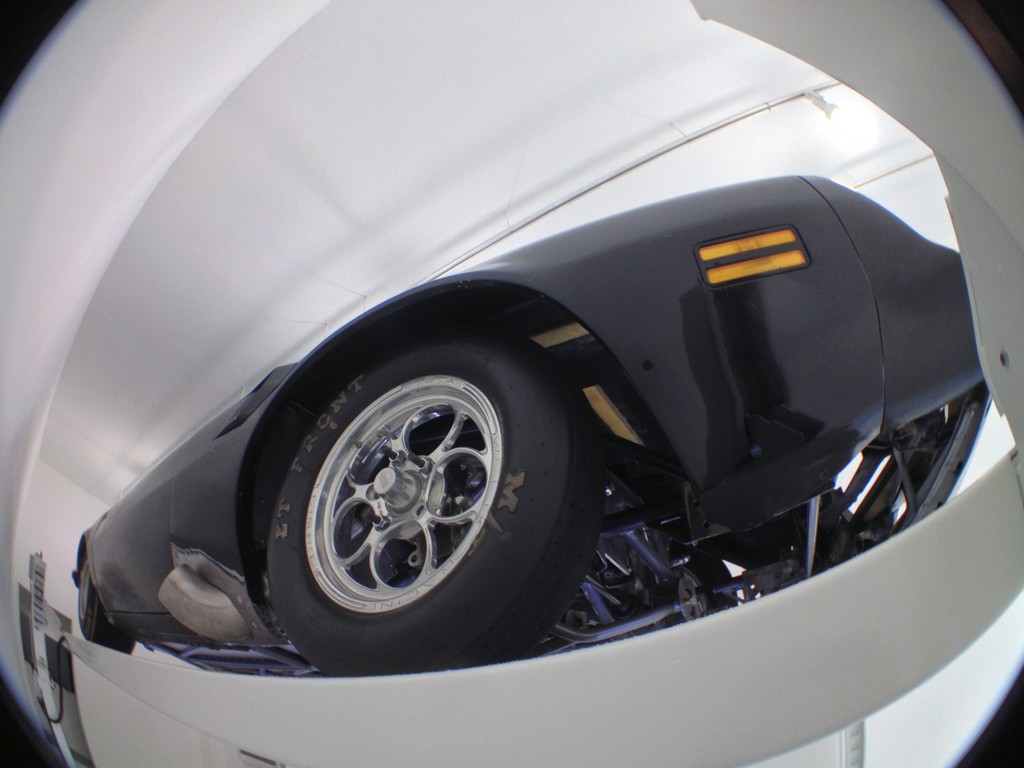 The car is a road and not an object. It is a vector, connector, and route within systems of relations that make meaning, identity, and political economy. It is an attachment: a life-making prosthetic.

Artist Guy Overfelt understands its rich depth well. His work is about the plenum of the surface: it plays off the car’s profundity as it roves around in plain sight. The car is the wellspring of American life, a motivator of its urbanism, shaper and de-shaper of its economy, bearer of citizen identity by way of the driver’s license, inflamer of petrol-driven combat, and an equal-opportunity phallus. From within this matrix, Overfelt makes conceptual car art—art that unfolds around the car as a mediator of the world. He uses the car self-reflexively, to point back at itself and at the human-as-machine, catalyzing a litany of questions on bio-life, ecology, oil, war, and, that once sacred rubric, manhood.

Overfelt’s Free Bird: The Never Ending Joy Ride, 1998-2014 functions something like a mile marker within a sixteen-year art project that, akin to the fluctuating nature of the car itself, is more journey than shiny object. If the car is a thoroughfare, and Overfelt’s Free Bird is a trek across the landscape of life, then Overfelt himself is an orchestrator of the machine as existential condenser. Instead of art as an object, Overfelt’s Free Bird is all about layer fitting atop layer, and system imbricating with system.

As though more a matter of string theory than the stuff of beauty, this evolving work reveals the adjacencies and interconnections of matter in motion, how mind melds with body, machine and mammal are one, and emotion is ratiocination. Free Bird is more Whiteheadian process than Platonic object, the latest incarnation of an experimentation that has spread across time, over a decade and a half, two 1977 Pontiac Trans AMs, manifold performances, brushes with the law, and several rough weeks in a courtroom that got swallowed into the metabolism of the artwork-as-process.

In this instantiation, Overfelt has hoisted a 1977 Trans AM, the vintage four-wheeler of Smokey and the Bandit fame, onto a custom painted white four-post hydraulic car lift. The scale is just about equal that of the gallery space, making the experience claustrophobic and the car-building fusion an affective goad of the viewer. Simply put, the tight squeeze between walls, ceiling, car, and mobile gallery goer makes for a heady brew of fear and loathing. Amble underneath the car to the back of the gallery for a beer . . . at one’s own peril.

With Free Bird: The Never Ending Joy Ride, 1998-2014 Overfelt has struck a chord somewhere between Caspar David Friedrich’s painting Wanderer above the Sea Fog (1818) and Harry Crews’s novel Car: The Novel (1972). A bellwether of German romanticism, the former shows the backside of a man looking over the edge of a craggy cliff into the foggy unknown. It is an imagistic embodiment of doubt as both generator and necessary complement of Enlightenment thinking. The latter is an absurd tale in which the automobile is the literal embodiment of fame and a promising future. The main character Herman Mack, born to an auto-wrecker in Jacksonville, Florida, hopes to achieve celebrity in his promise to eat a Ford Maverick before a live public audience in a hotel located in downtown Sarasota. The process of eating the car is long and painful. In attempting to digest the Maverick in small morsels, Mack hopes to integrate with the world. Here, the car is a microcosm of the world.

Free Bird is romantic and absurd. It is a project given life by the way it casts the car in all of its ruthless complexities as convenient yet troubling, locally safe-making while globally catastrophic, and self-creating though ecologically devastating: a mute technological tool to which we attach ourselves in making complete our own emotional spectrum.

(The Car is a Road: The Conceptual Art of Guy Overfelt by Charissa N. Terranova)