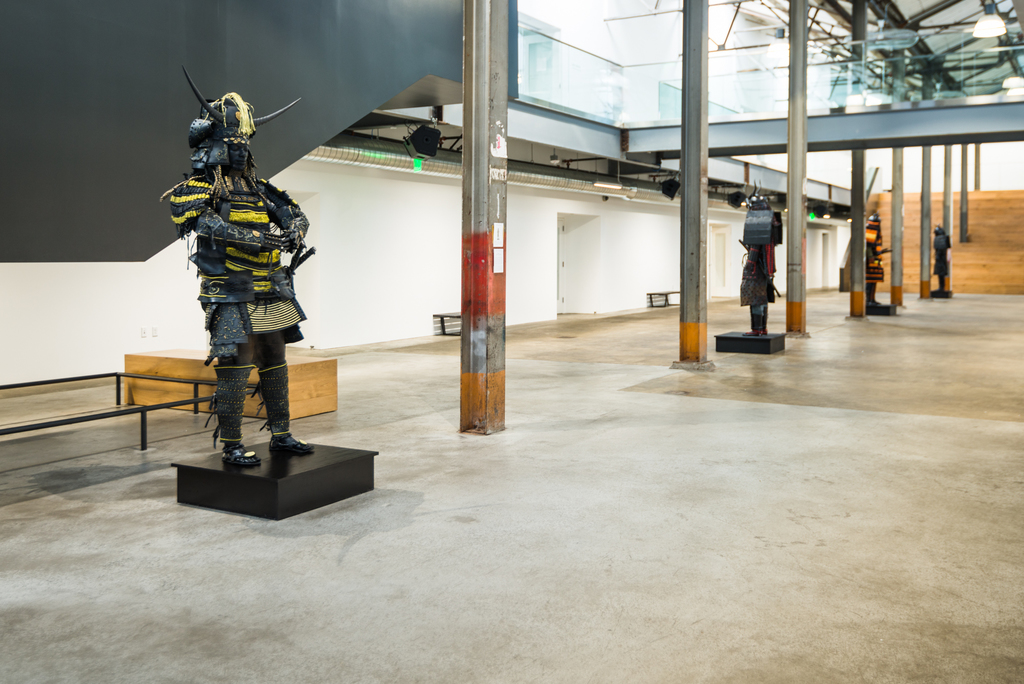 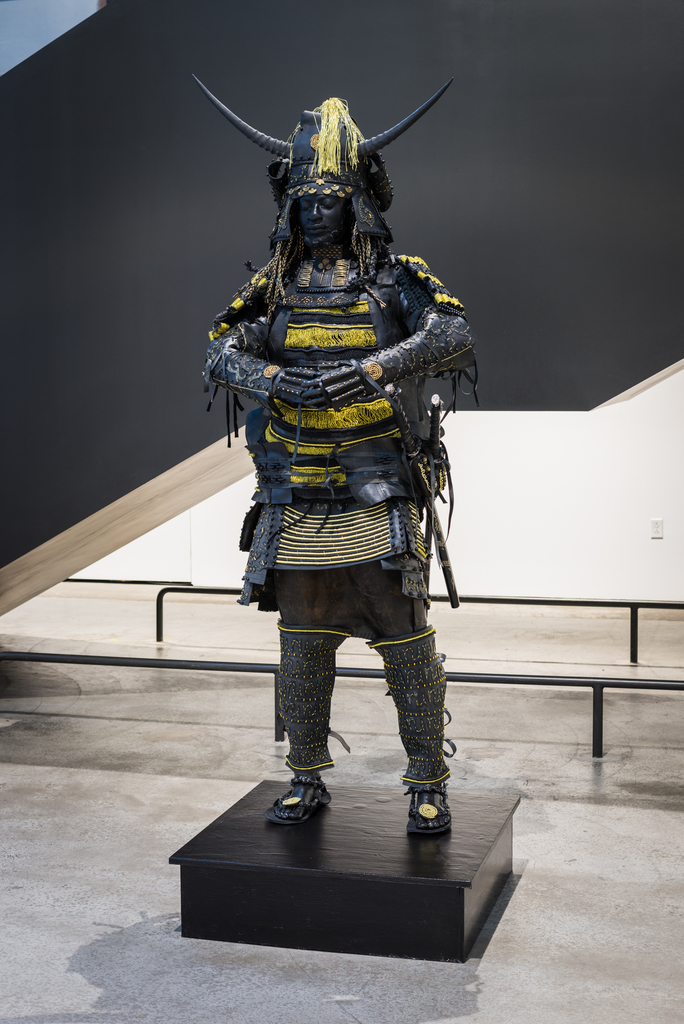 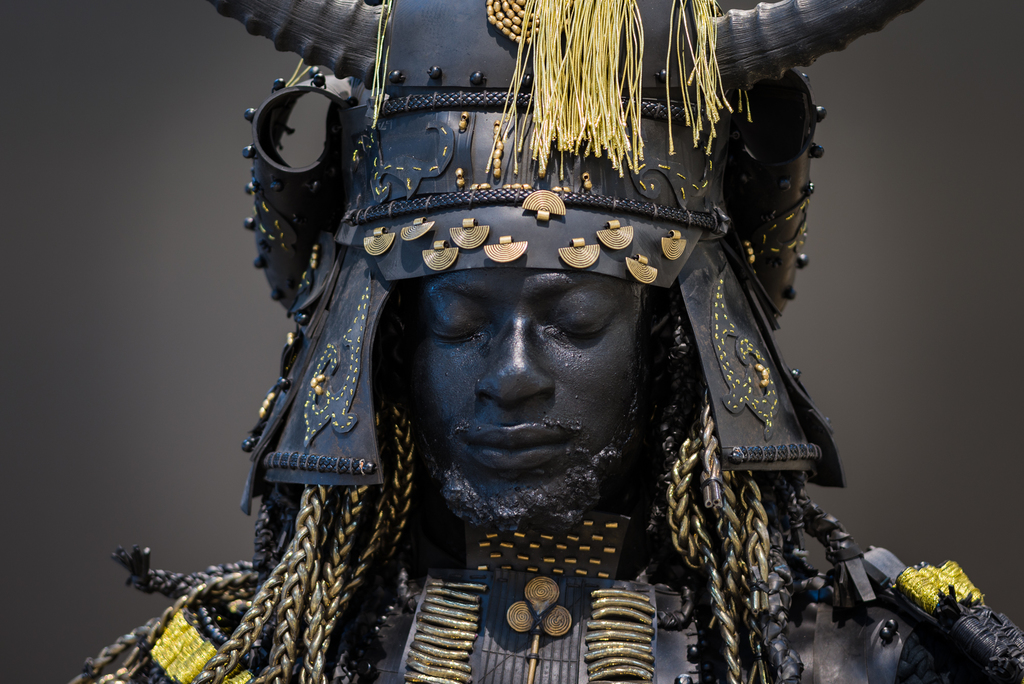 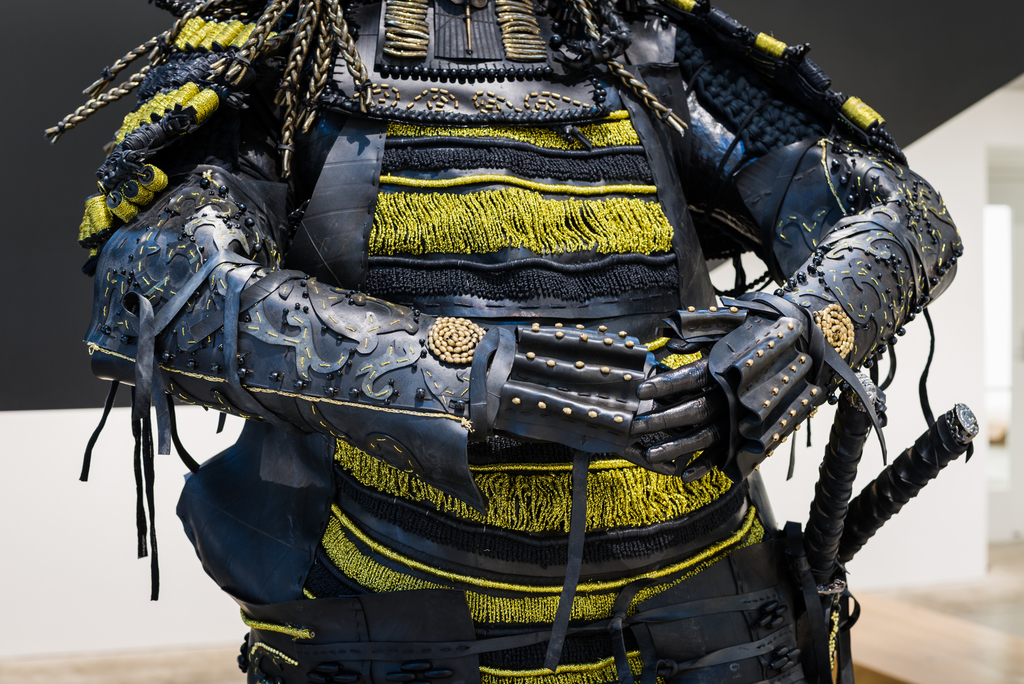 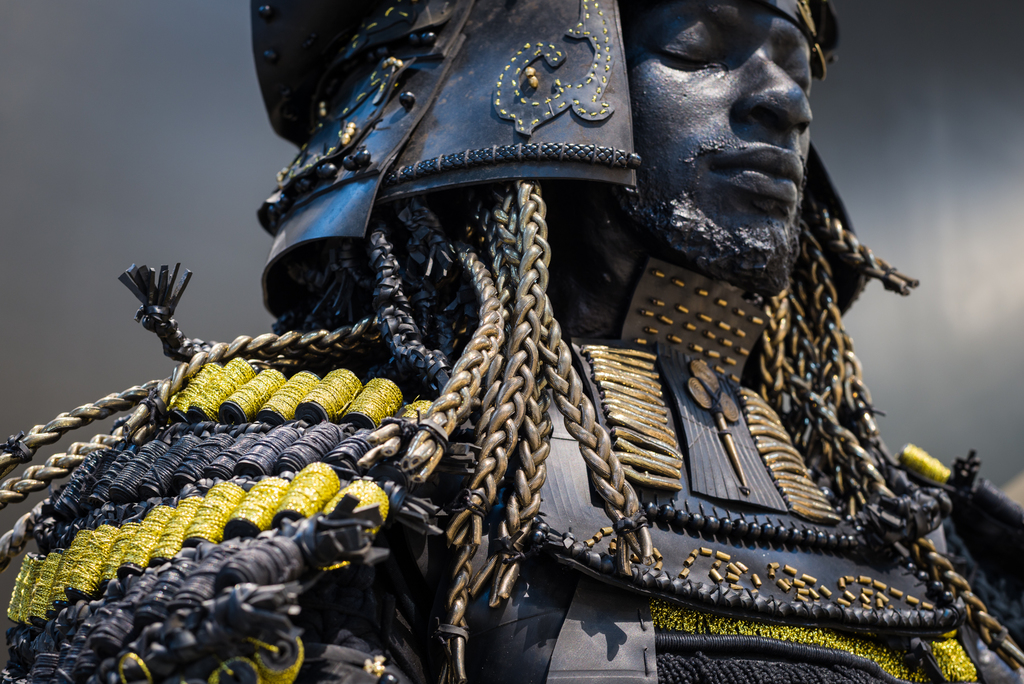 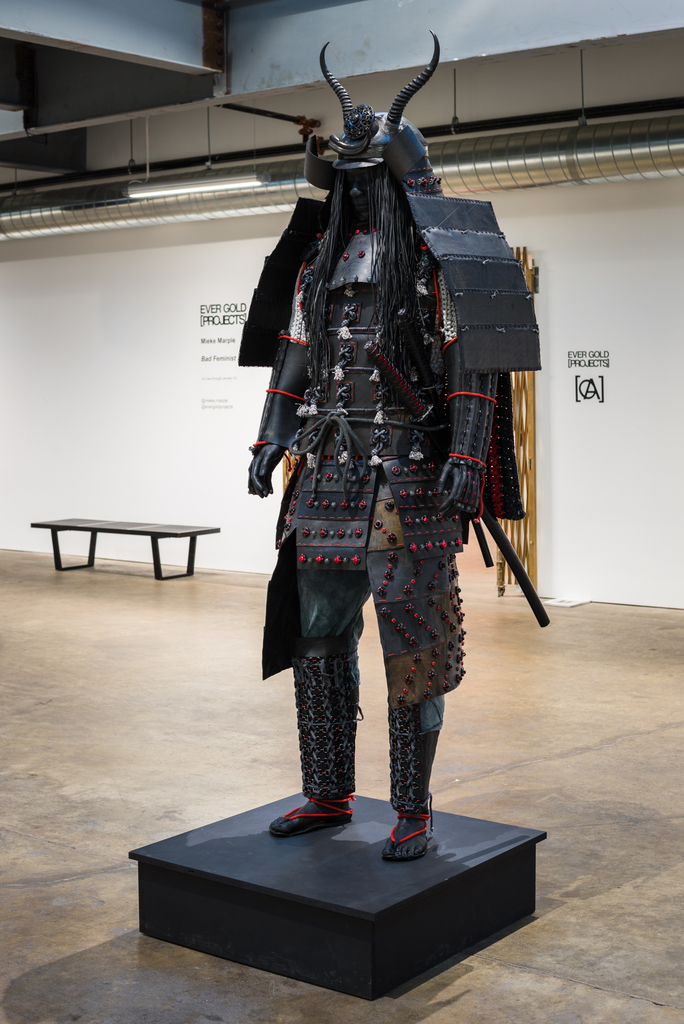 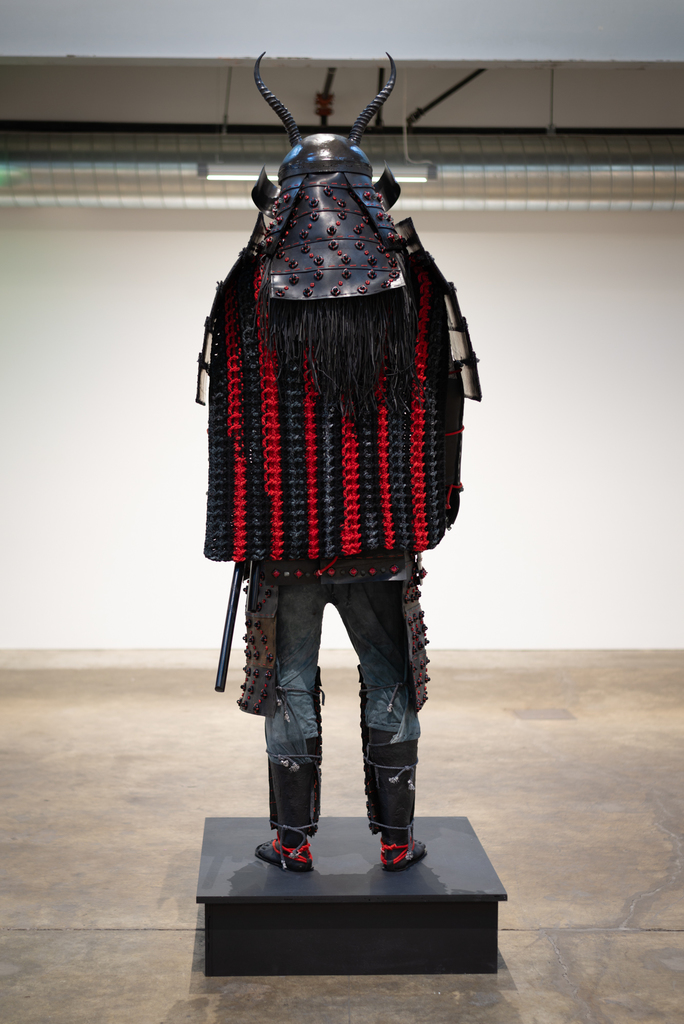 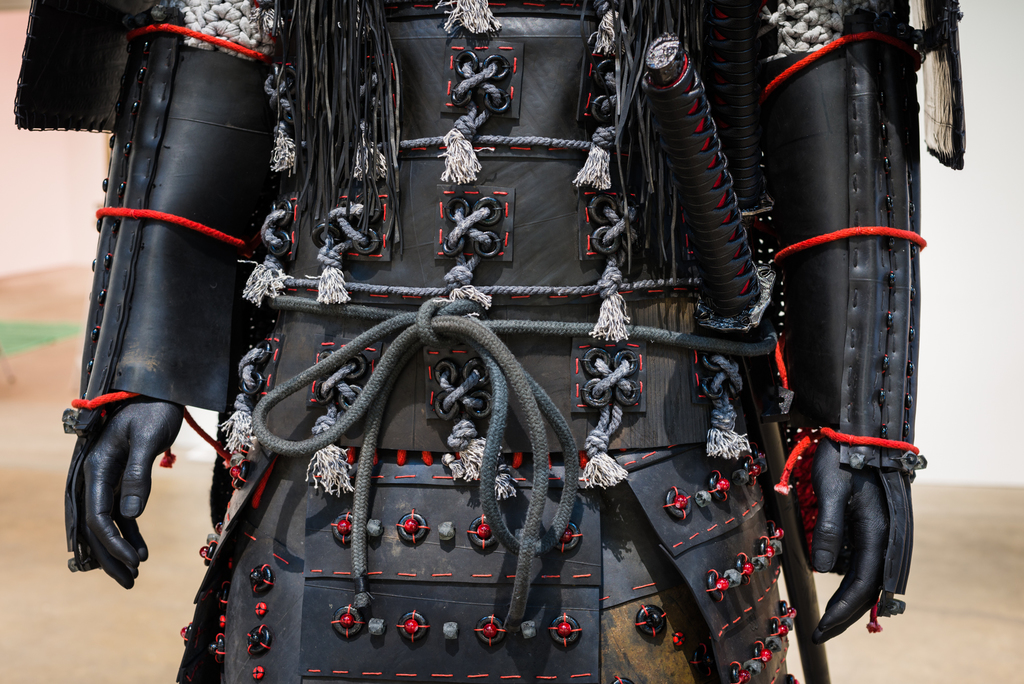 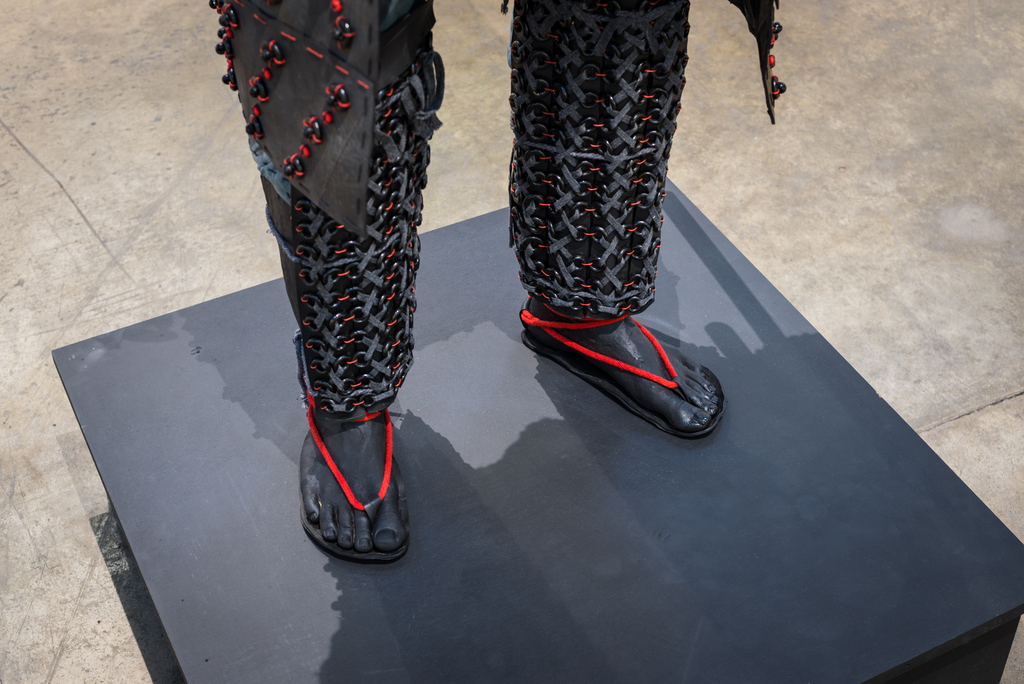 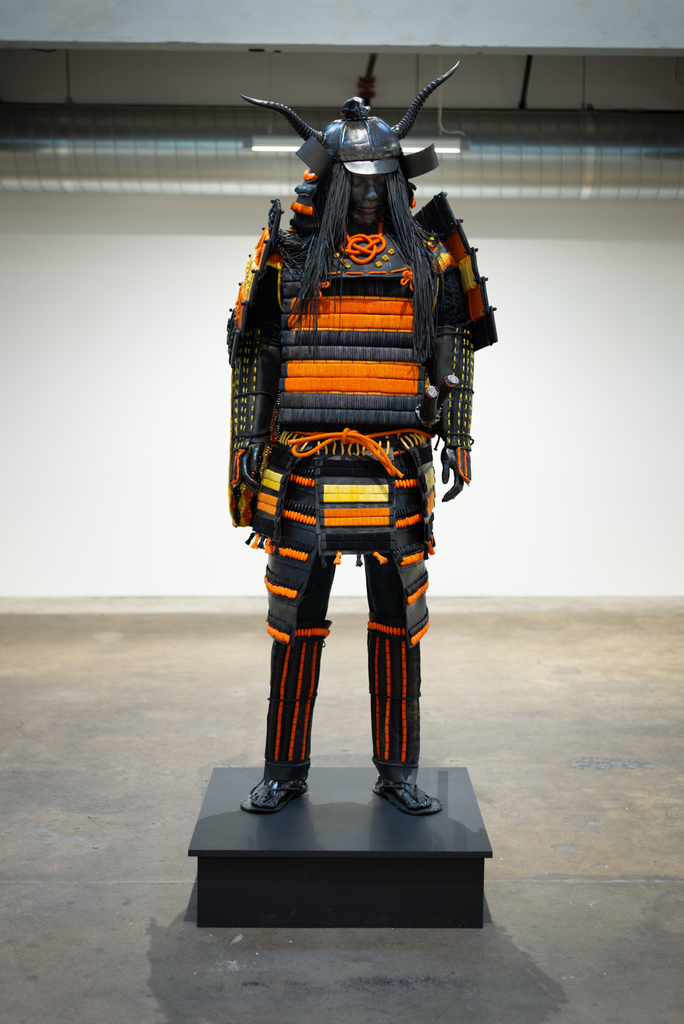 Ever Gold [Projects] presents Kurobōzu/Dark Stranger, a solo exhibition by South African artist Nicola Roos featuring a selection of works from the artist’s No Man’s Land series. Roos creates life-size sculptures based on much-forgotten historical figures, bringing their stories and the residual cultural impact of these narratives to light. Looking back hundreds of years at individuals who have become what she refers to as “mytho-historical characters,” Roos incorporates conceptual and visual elements in her work that relate to the ways these stories have been interpreted and re-imagined. For the exhibition at Ever Gold [Projects], Roos presents four different representations of Yasuke, the only black Samurai documented in written history.

Yasuke was likely from Mozambique: the earliest African people in Japan were supposedly Mozambican, traveling as shipmates or slaves with a Portuguese explorer. Yasuke was Makua (the largest ethnic group in Mozambique), originally called Yasufe and renamed by Sengoku Period Japanese daimyō Oda Nobunaga. Yasuke arrived in Japan with the Italian Jesuit missionary Alessandro Valignano in 1579, and the daimyō took an interest in him, likely because he was the first black man Nobunaga had ever seen. Yasuke served Nobunaga as his personal guard until his death, and joined Nobunaga’s heir in a continued battle against the army responsible for the daimyō’s death. Ultimately captured by this army, Yasuke’s fate is unknown—it is possible that he was taken to the Christian church in Kyoto, though there is no written confirmation of this event.

Roos builds her sculptural portraits of Yasuke with recycled tire tubes, wrapped and draped around a cast of a model or mannequin. The rubber Roos harvests from tires is cut, plaited, and knotted to create a wide variety of shapes and forms, accompanied by a variety of textiles and other materials. As one of the last tangible signs of colonial cruelty as exemplified on African rubber plantations, the choice of material is symbolic as well as economical. Recent drought in Cape Town has shifted residents’ perspectives towards more sustainable practices, and Roos is deeply invested in working with recycled materials in her sculptures, as well as in advancing the discourse around artworks that employ these kinds of materials.

Roos attempts to unpack the multiple narratives that have been spoken through Yasuke over the past five hundred years in order to construct a sense of autonomy for a man whose own voice was never recorded. Her interpretations of Yasuke are not designed to be entirely accurate, as this is an impossibility—Roos constructs her variations of Yasuke through combining fragments of a character who has transcended the official record and inspired much speculation and projection. Recent socio-political events in South Africa, namely the decolonization of education systems and the Africanisation of knowledge bases, have inspired South Africans to explore their ancestral history and Roos’ project echoes this kind of explorative reclamation, demonstrating new possibilities for the consideration of migrant identity and for our understandings of resultant histories.