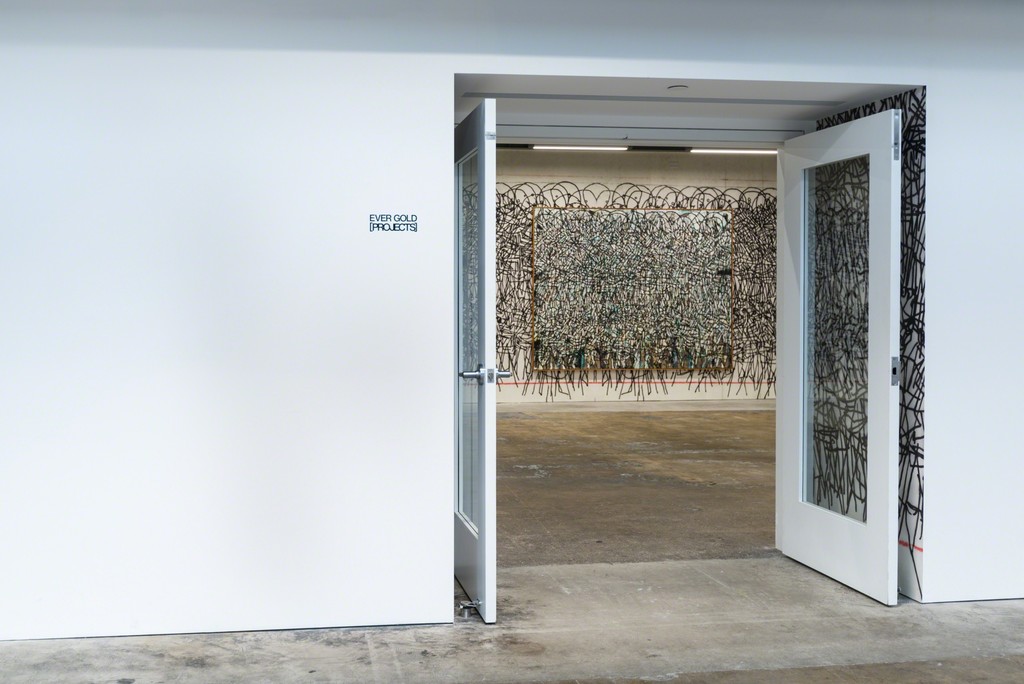 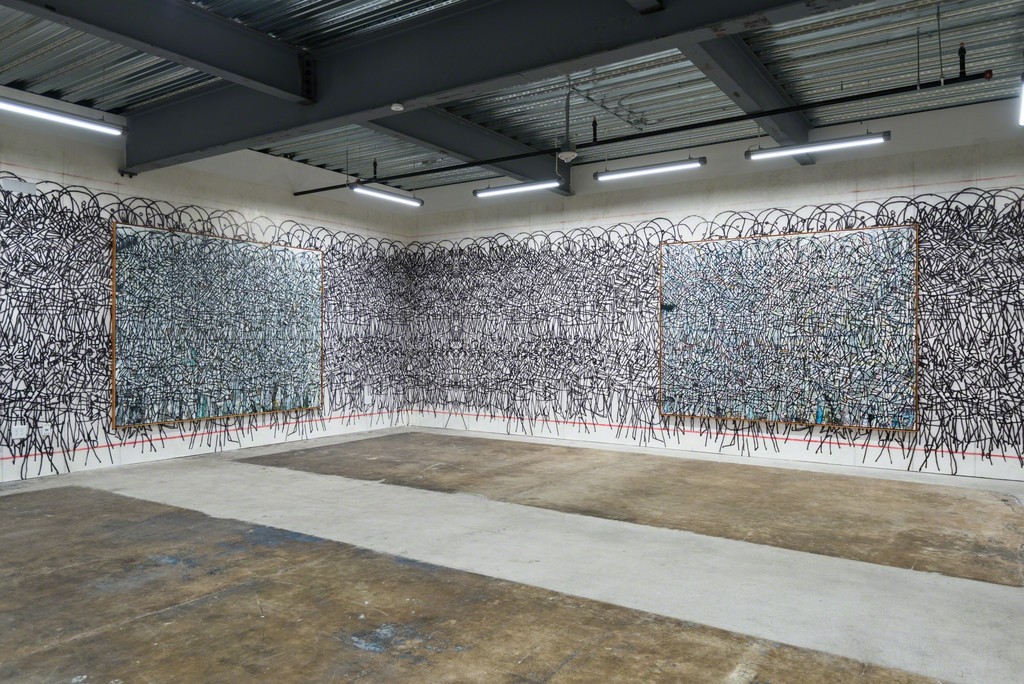 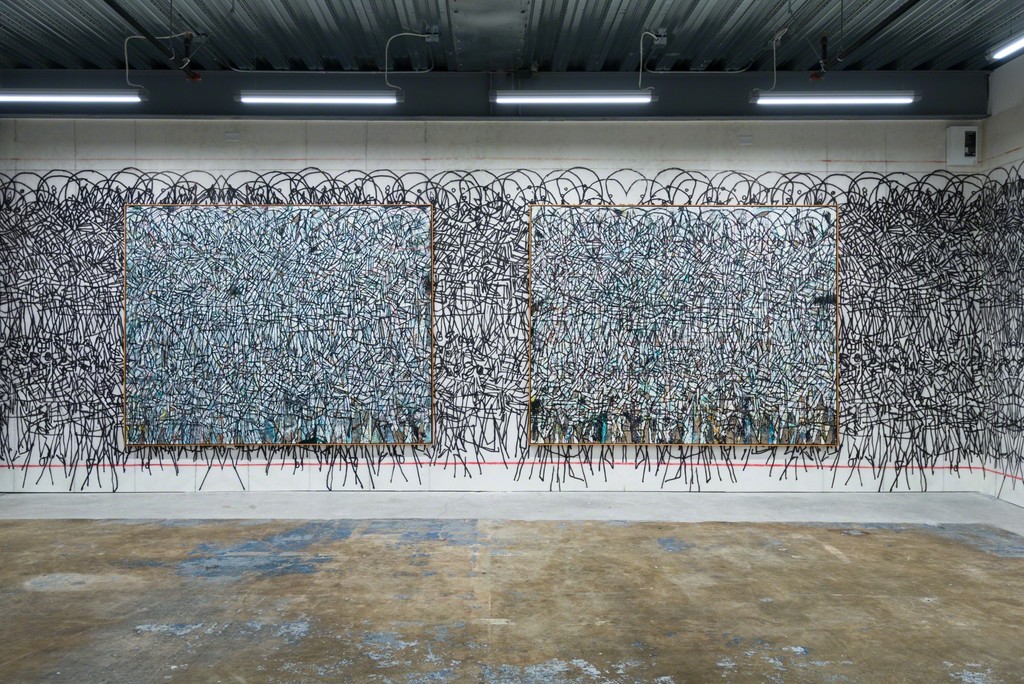 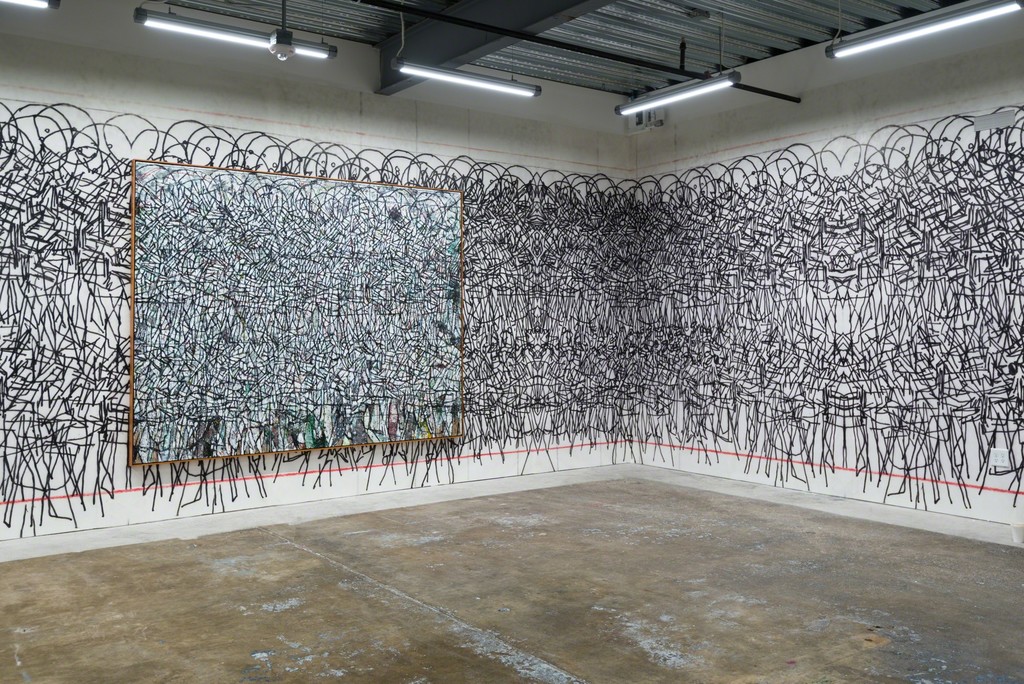 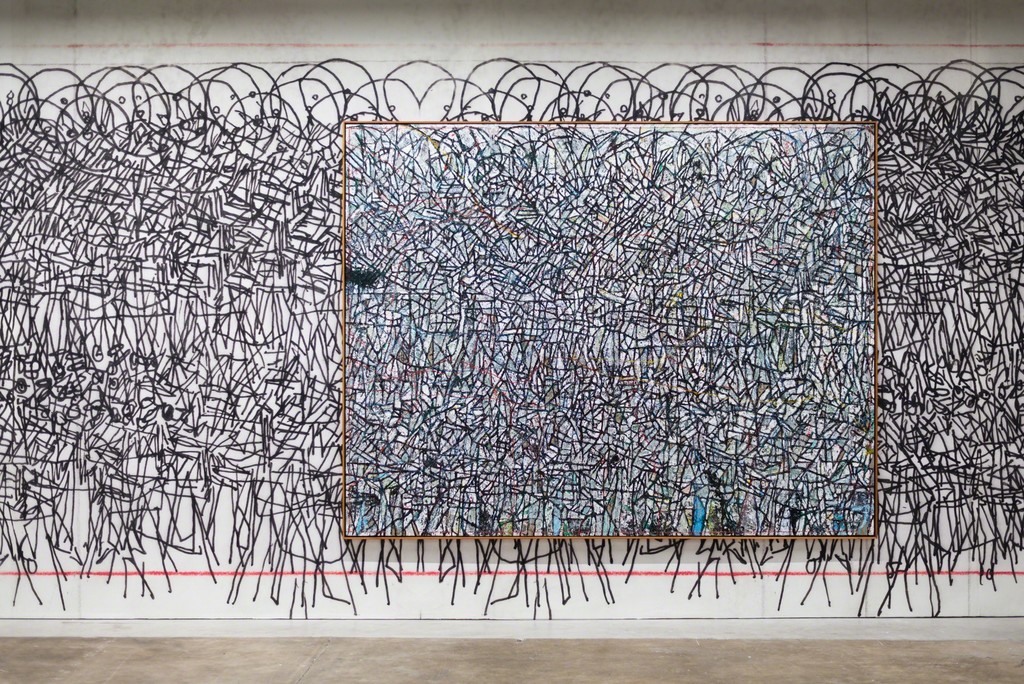 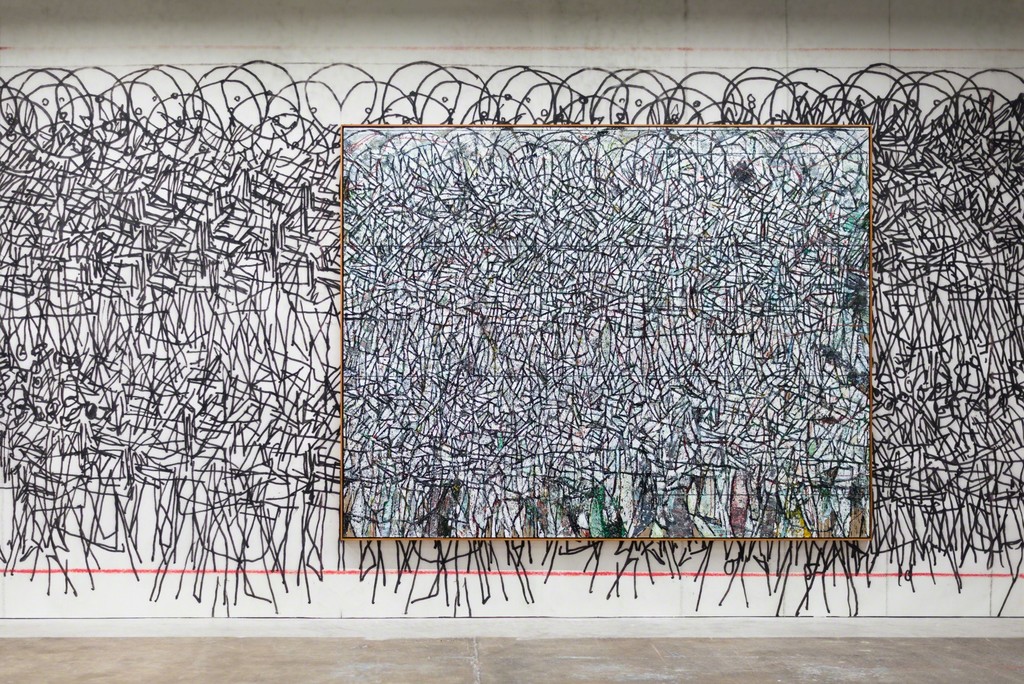 Ever Gold [Projects] is pleased to present NOAH, an exhibition of new work by Zachary Armstrong. NOAH is part of an ongoing series of large scale paintings by Armstrong based on a childhood drawing by his brother. Much of Armstrong’s work involves reworking the imagery of childhood artwork, both his own and that of friends and family, taking an original drawing as a structure to develop and expand to its limits. The original drawing that is referenced in NOAH is a stick figure portrait of the artist created three days after his birth by his then four-year-old brother. Three years ago, Armstrong turned the image into a stamp, using this tool to create an allover pattern and overlapping the figure to the point of abstraction. For NOAH, this pattern covers large scale encaustic paintings, which are hung over a wallpaper of the same pattern.

Zachary Armstrong (b. 1984) is an artist who lives and works in Dayton, Ohio. He works primarily in painting, but occasionally in painted sculpture and other media as well. Much of his work can be considered an attempt to recreate the flexibility and innovation of childhood creativity and often the artist samples his own childhood drawings as well as those of friends and family. These motifs are then repeated and expanded, most often in the form of encaustic and oil paintings. Recent solo exhibitions include Zachary Armstrong at GNYP Gallery, Berlin (2017); Zachary Armstrong at Tilton Gallery, New York (2016); Hills and Dales at Feuer/Mesler, New York (2016); and Goodnight Bojangles at Night Gallery, Los Angeles (2015).