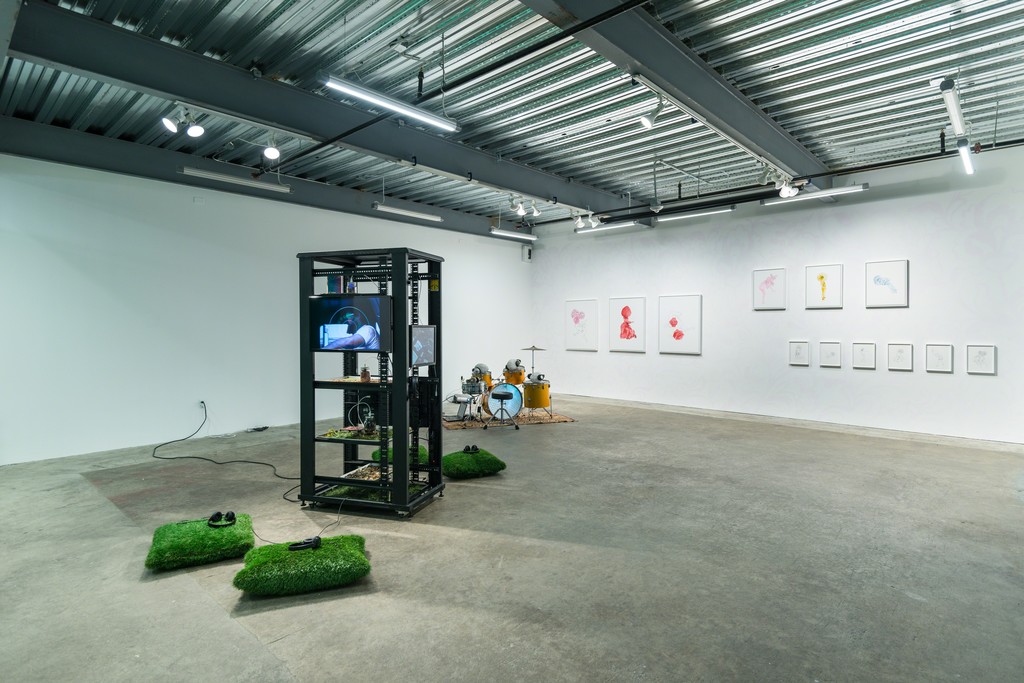 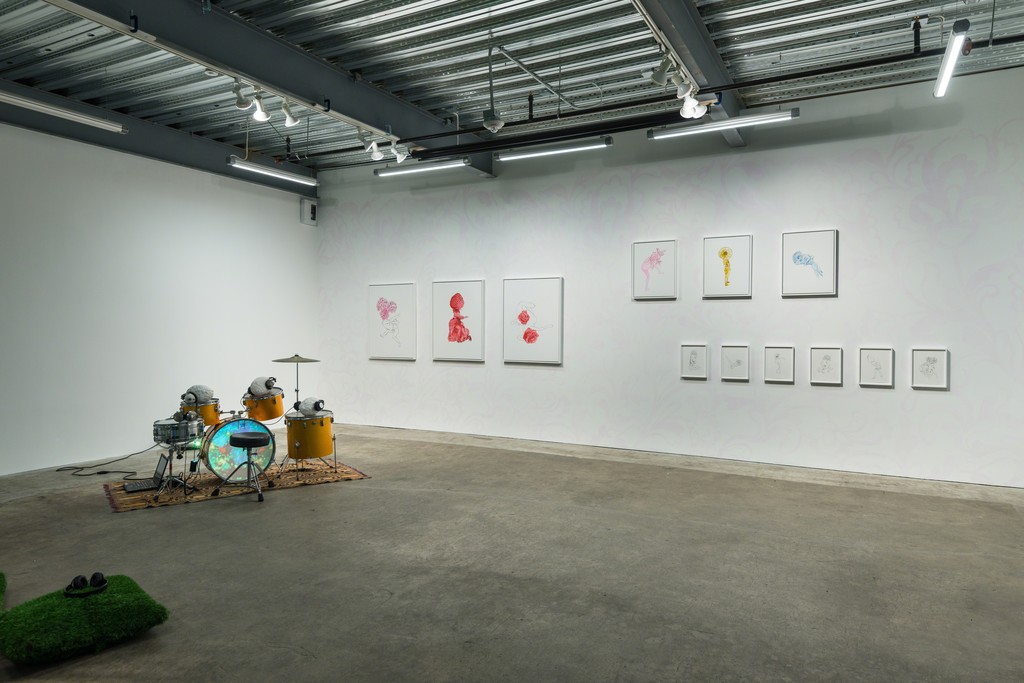 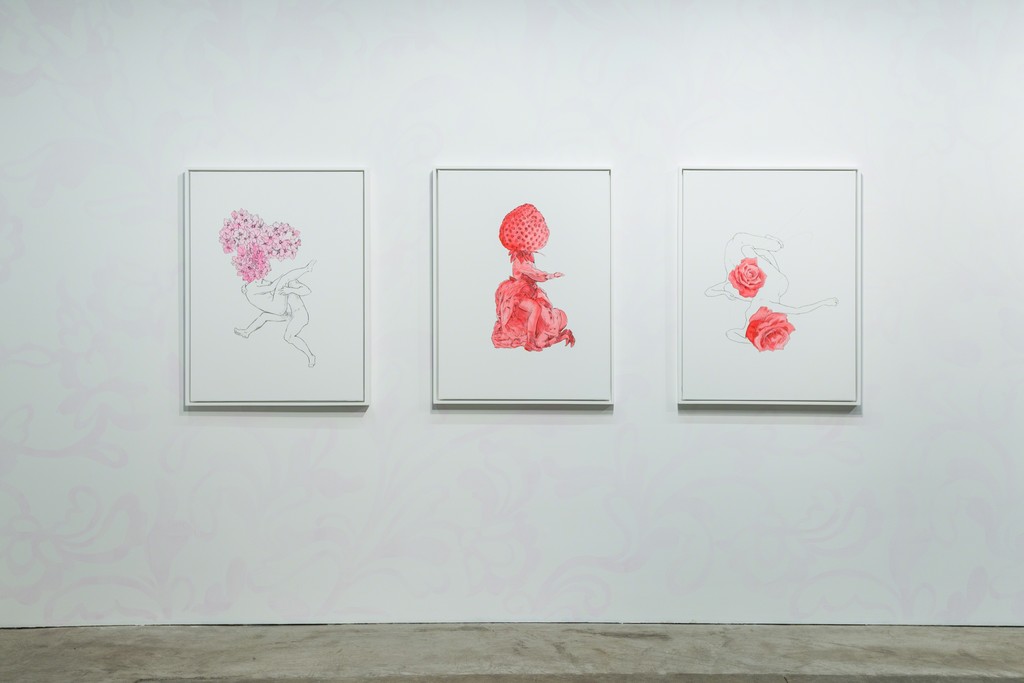 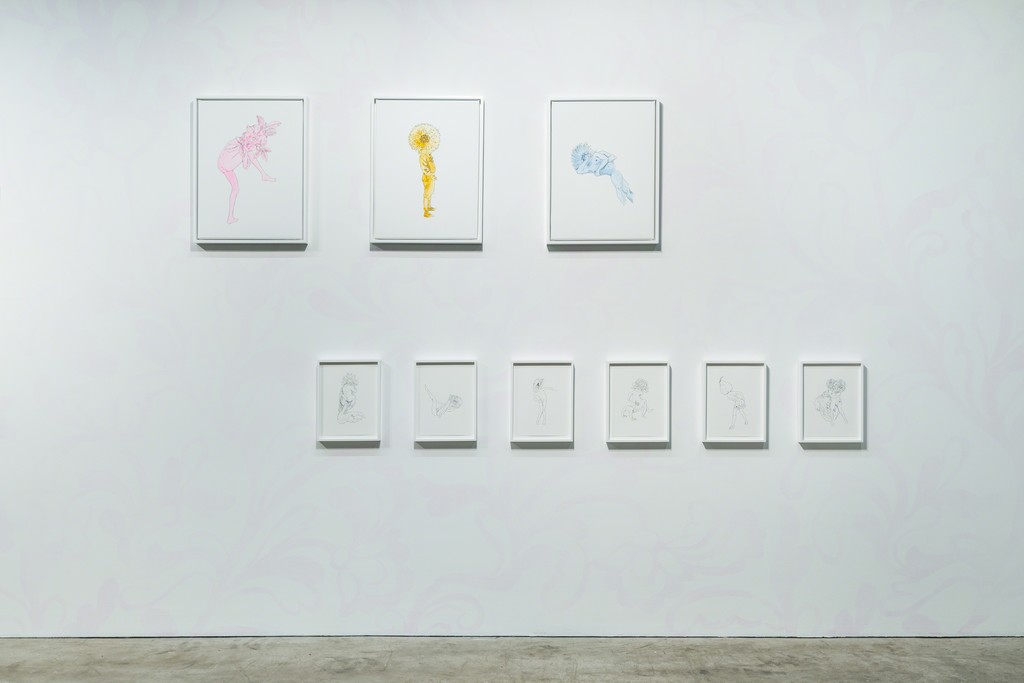 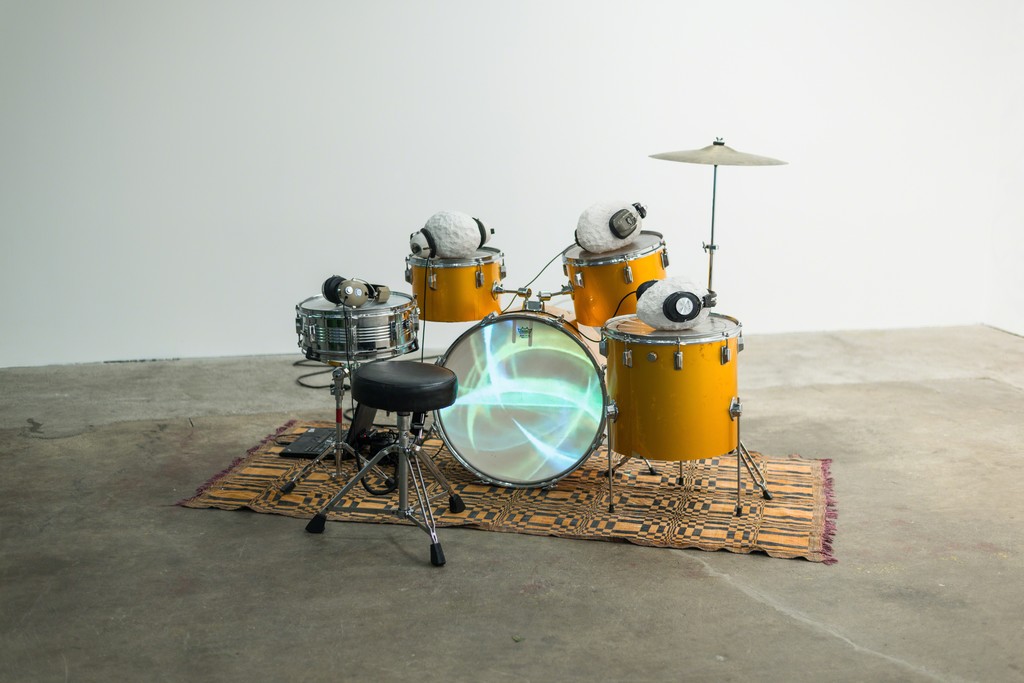 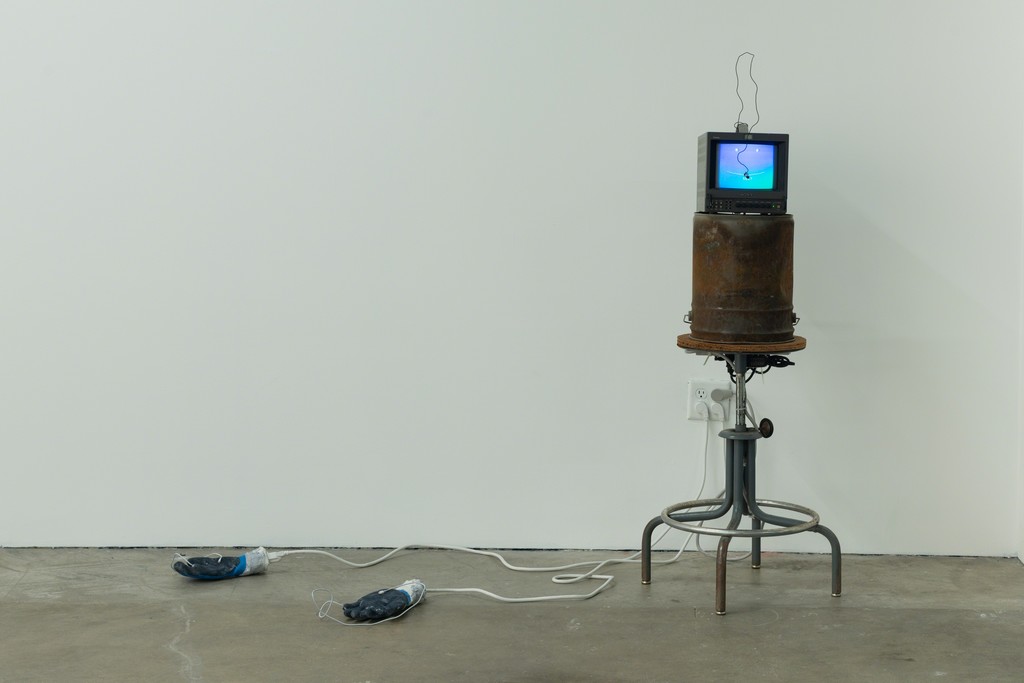 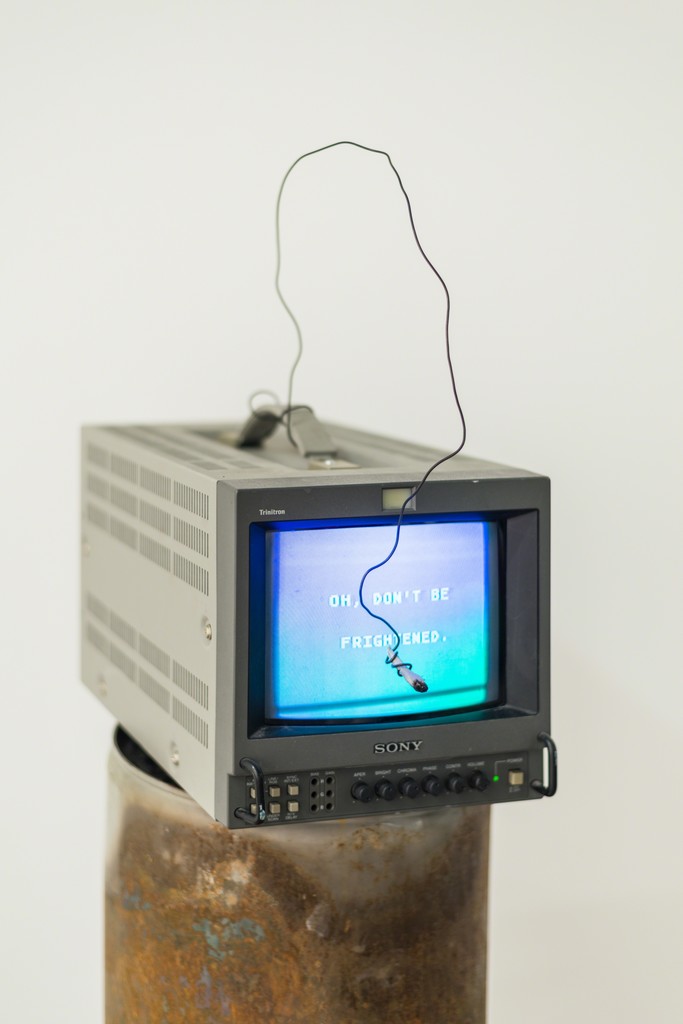 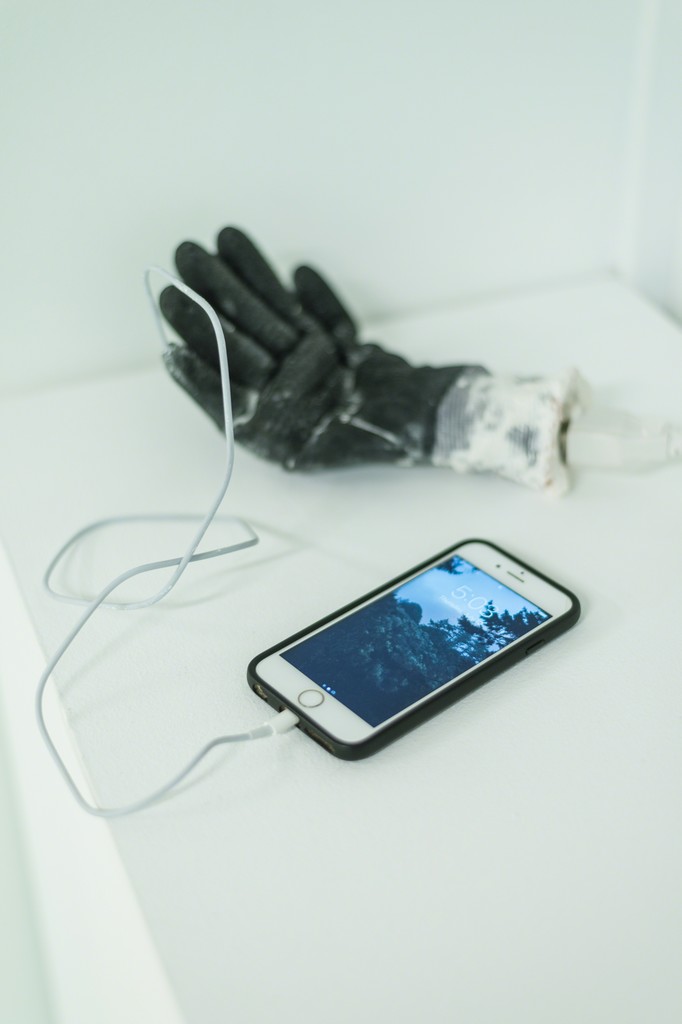 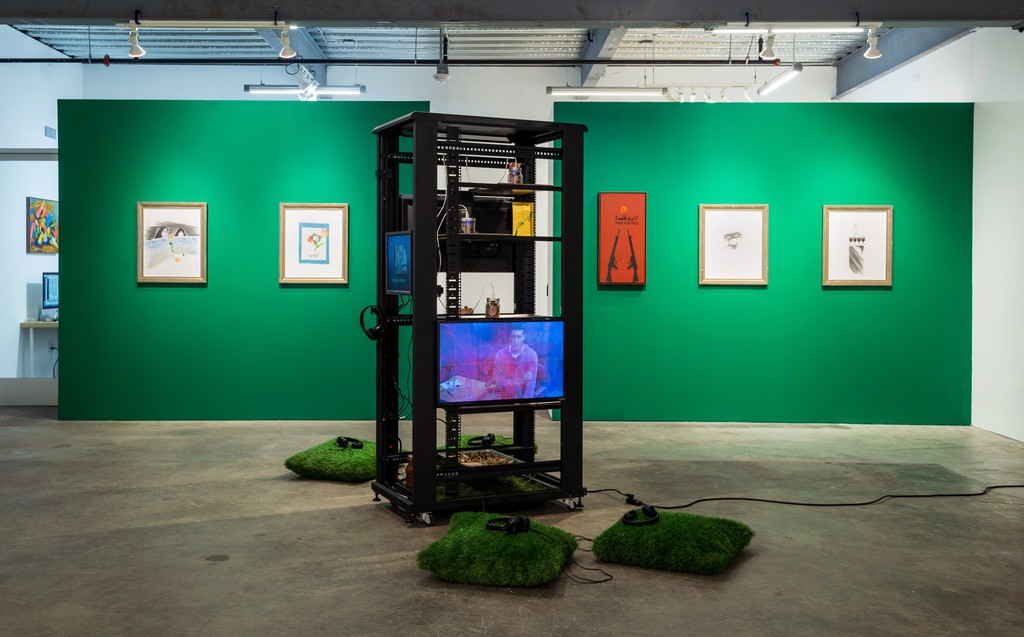 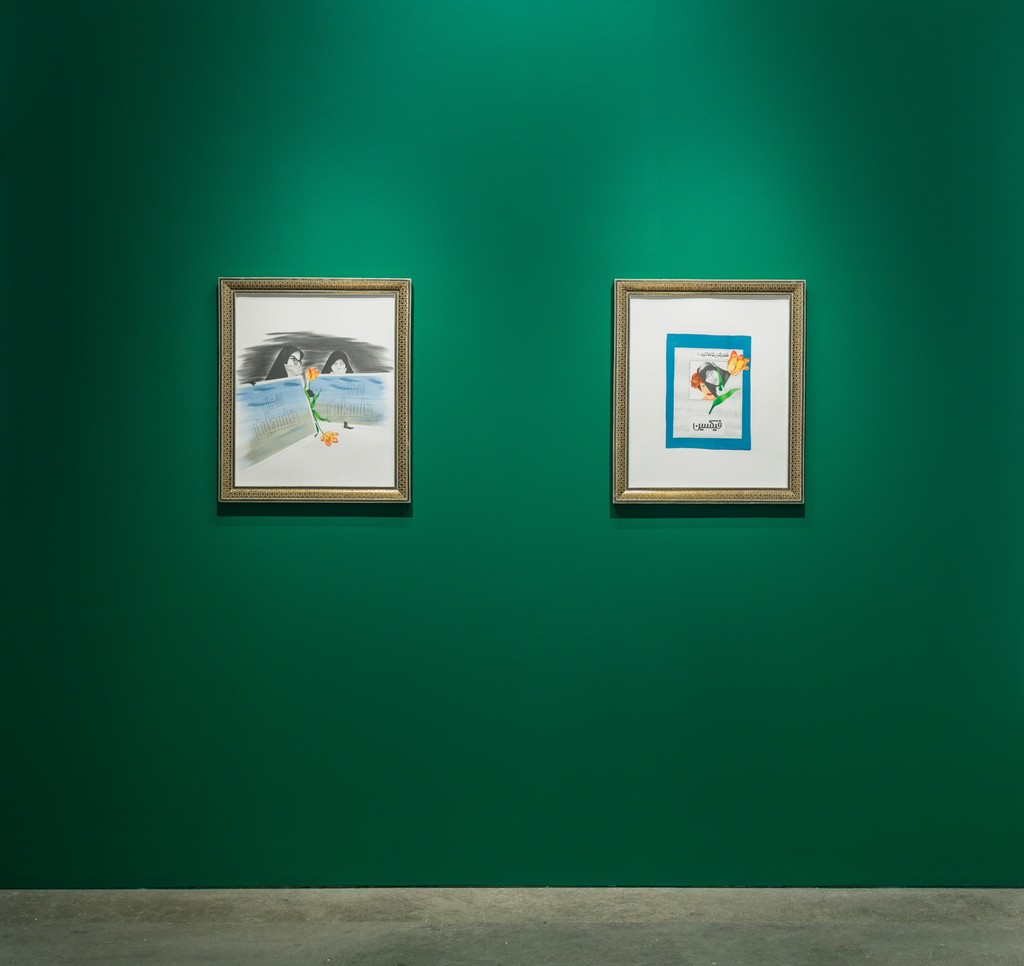 The Internet Archive is a San Francisco based nonprofit digital library providing researchers, historians, scholars, people with disabilities, and the general public access to over 15 petabytes of collections of digitized materials, including websites, software applications/games, music, movies/videos, moving images, and nearly three million public-domain books, as well as the Wayback Machine archive (an archive of almost 300 billion websites preserved over time). The Internet Archive visual arts residency is organized by Amir Saber Esfahani, and is designed to connect emerging and mid-career artists with the archive’s collections and to show what is possible when open access to information meets the arts. The residency is one year in length during which time each artist will develop a body of work that utilizes the resources of the archive’s collections in their own practice.

Through a series of sculptures, sounds, and video, Chris Sollars will investigate the Internet through a combination of physical and digital representations to address the absurdity of the Sisyphean task of keeping the content of one’s work and society perpetually alive. As a nod to the 1960’s Bay Area’s psychedelic and electronic explorations, Sollars will be sourcing the Internet Archive’s psychedelic screen savers, live recordings of the Grateful Dead, and psychotropic literature while utilizing “slow movement” methods of pickling and preserving for handling data.

During her residency at the Archive, Taravat Talepasand created the “Vali Mortezaie” archive in collaboration with his son Hushidar Mortezaie. The eBook collection contains vintage publications from pre-revolutionary Iran and contains magazines, propaganda posters, and advertisements that capture the lifestyle at a politically pivotal time in Iranian history. Using the newly formed archive Talepasand created a series of drawn and painted collaged miniatures.

Mieke Marple was born and raised in Palo Alto, CA, amongst a family of engineers in the heart of the Silicon Valley. She received her B.A. from the University of California, Los Angeles in 2008. She was co-owner of Night Gallery, Los Angeles, from 2011 until 2016, and has been written about by The New York Times and W Magazine, among other publications. In 2012, Marple produced the web series Feast of Burden, directed by filmmaker Eugene Kotlyarenko and distributed by MOCAtv. In 2014, she co-founded the benefit art auction and gala Sexy Beast for Planned Parenthood LA, and remains on the organization’s advisory board. Recent exhibitions include Relocation Tarot at Ever Gold [Projects], San Francisco (2018). She lives and works in San Francisco.

Chris Sollars is an artist based in San Francisco. His work subverts public space through interventions and performance. The results are documented using sculpture, photography, and video that are integrated into mixed-media installations. Sollars is an Assistant Professor in Sculpture, Mills College, Oakland, CA with awards that include a 2013 Guggenheim Fellowship, 2013 San Francisco Arts Commission: Individual Artist Commission Grant, 2007 Eureka Fellowship Award, 2007 San Francisco Bay Area Artadia Grant, 2009 Headlands Center for the Arts residency, and 2015 residency at Recology. Recent projects include White on Red at 1275 Minnesota Street (2017); Goatscapes for Jewish Folktales Retold: Artist as Maggid at the Contemporary Jewish Museum (San Francisco, 2017-2018); and the sculpture band skullture that plays site-specific sets on location.

Taravat Talepasand was born in 1979 in the United States to Iranian parents during the Iranian Revolution. She retained close family and artistic ties to Iran, Esfahan, where she was trained in the challenging discipline of Persian miniature painting. Paying close attention to the cultural taboos identified by distinctly different social groups, particularly those of gender, race and socioeconomic position, her work reflects the cross-pollination, or lack thereof, in our “modern” society. Talepasand has exhibited nationally and internationally, most recently in the exhibition In the Fields of Empty Days: The Intersection of Past and Present in Iranian Art at the Los Angeles County Museum of Art (2018), Westoxicated at Zevitas Marcus Gallery (Los Angeles, 2017), and Made in Iran, Born in America at Guerrero Gallery (San Francisco, 2017). She has been featured in the San Francisco Chronicle, Los Angeles Times, New York Times, and Huffington Post.