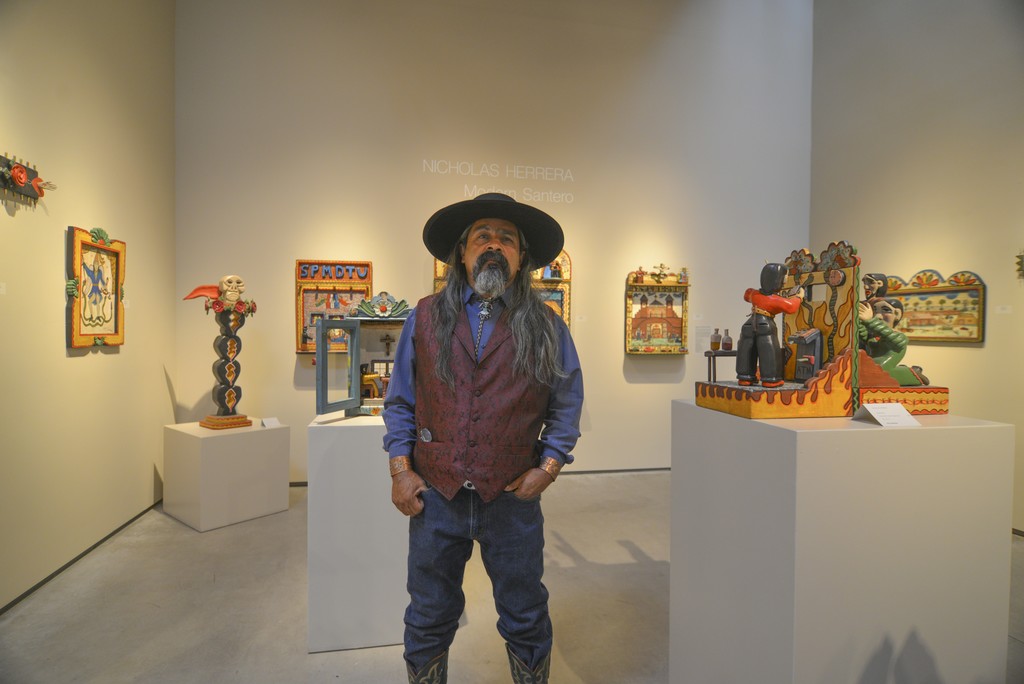 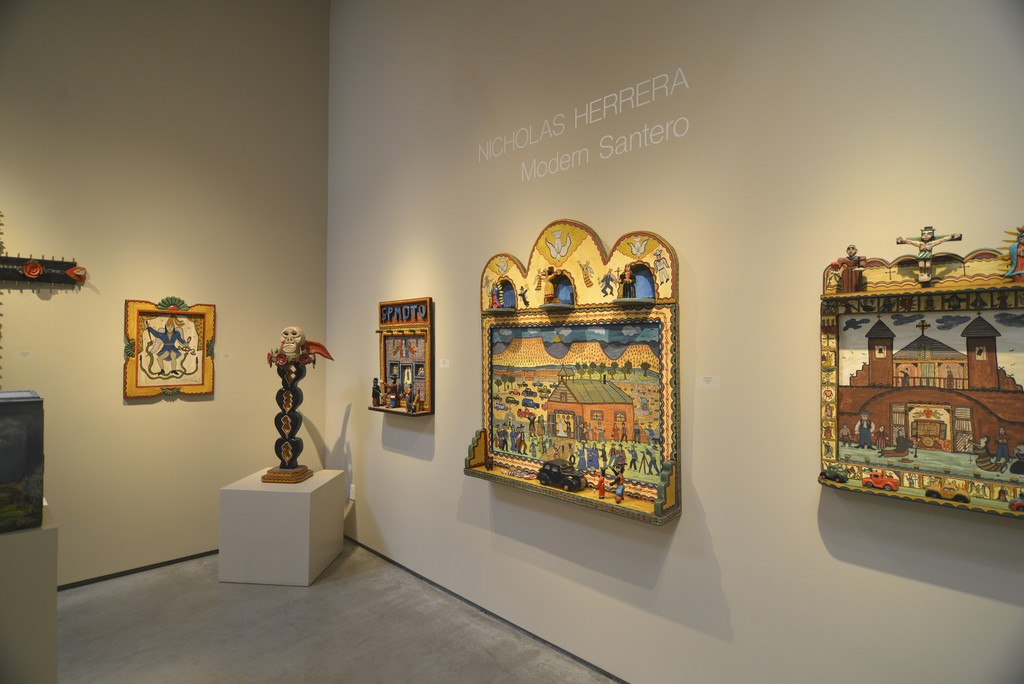 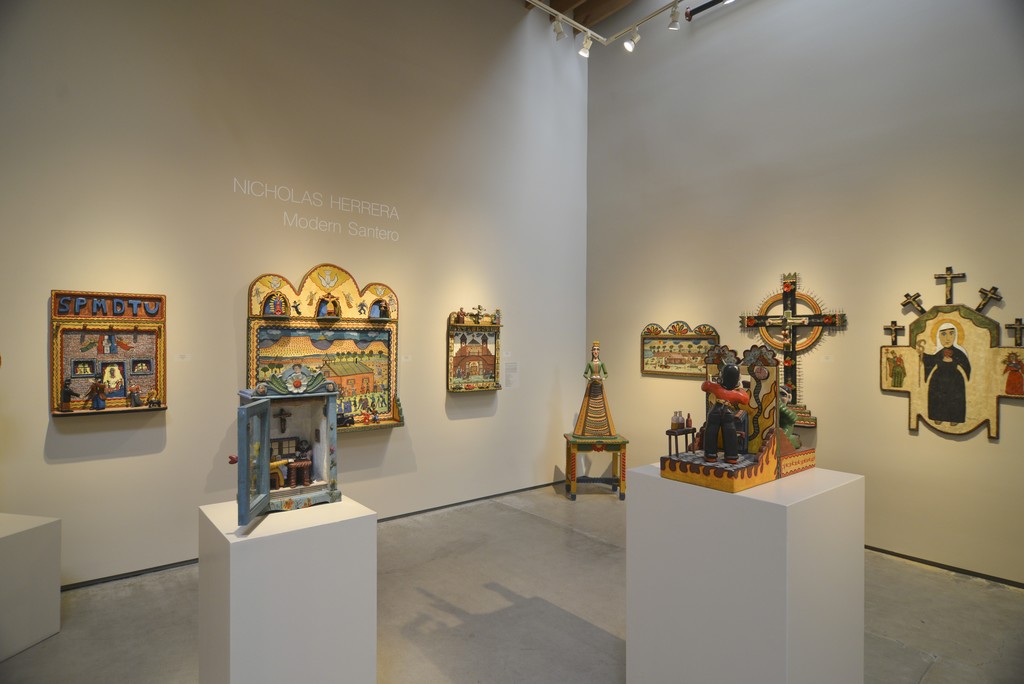 In celebration of Spanish Market, Nicholas Herrera will showcase his mastery as a premier Santero at Evoke Contemporary Gallery in the Railyard District beginning July 25th. His work includes carvings, paintings and large-scale sculptures made from wood and found objects, with his varied and sometimes controversial subjects reflecting his eventful and tempestuous life.

Acclaimed as one of the most important folk artists in the United States, his artwork is in the permanent collections of over 30 museums including the Smithsonian American Art Museum, The National Museum of American History, The Museum of American Folk Art in New York City and The International Folk Art Museum in Santa Fe. A 15th generation New Mexican, Nicholas is a modern “Vato Santero” whose art engages the complex dialectical traditions of the Indian and Hispanic, as well as the traditional and the contemporary Hispanic.

When Nicholas Herrera was a boy he told his second grade teacher that he wanted to be a bank robber. When he was a little older he loved ‘Playing Chicken’ with his cousins and sneaking down to the river to watch the hippie girls swimming nude. He also loved to make art in his family’s tradition. But school was always hard. Nick found reading difficult, he wasn’t allowed to speak Spanish and he often got in trouble. When he was thirteen he started smoking marijuana, and in his later teens he began to drink and party and drive fast cars.
Everything changed the day Nicholas, who was driving while drunk and had a head-on crash with a truck. He lay in a coma for weeks, and his doctors thought he would die. But somehow he survived, and he hasn’t touched alcohol or drugs since. ‘El arte me salvo la vida.’ he says. Art saved his life.

Today Nicholas’s work tells his unvarnished stories about his wild early years, and how he left his wild life behind. He has created art about his own experiences: being tempted by drugs and alcohol, the accident, being in trouble with the police, as well as political and environmental issues. In his family’s tradition, he continues to make paintings and sculptures of saints and scenes from the Bible with his own modern twist.

About EVOKE Contemporary:
EVOKE Contemporary showcases provocative and compelling representational contemporary art of international acclaim. The gallery is known for its strong focus on figuration with wide diversity ranging from hyperrealism to abstract expressionism. All events open on the Last Friday of each month along with the celebrated Last Friday Art Walks in the Railyard Arts District.