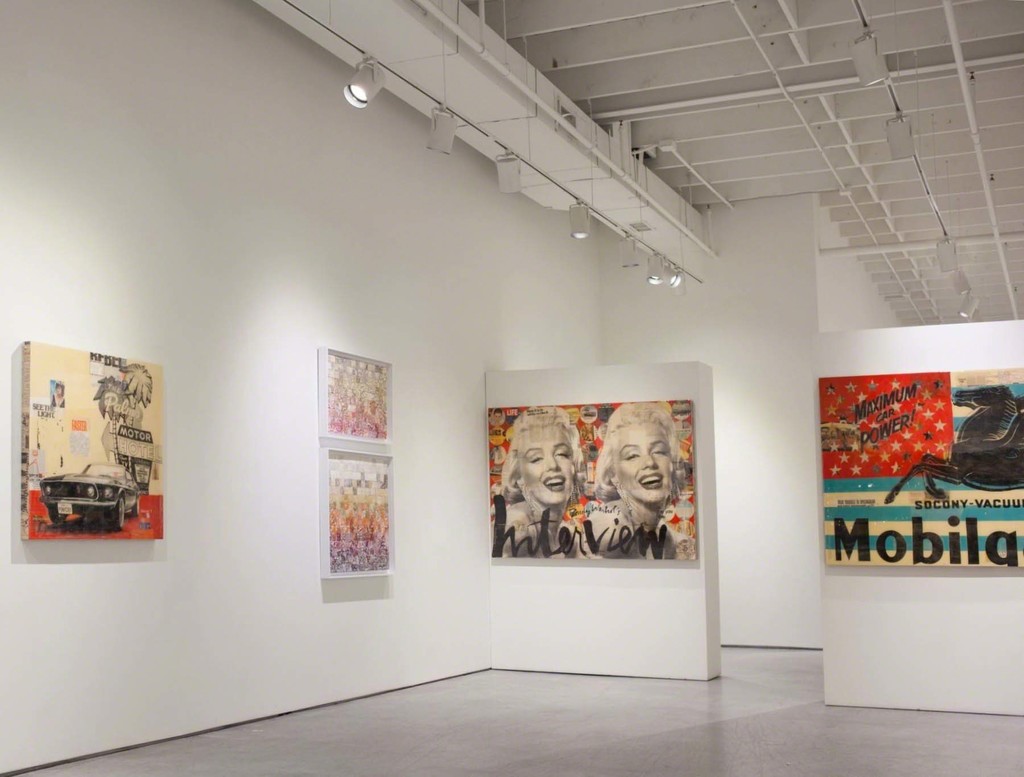 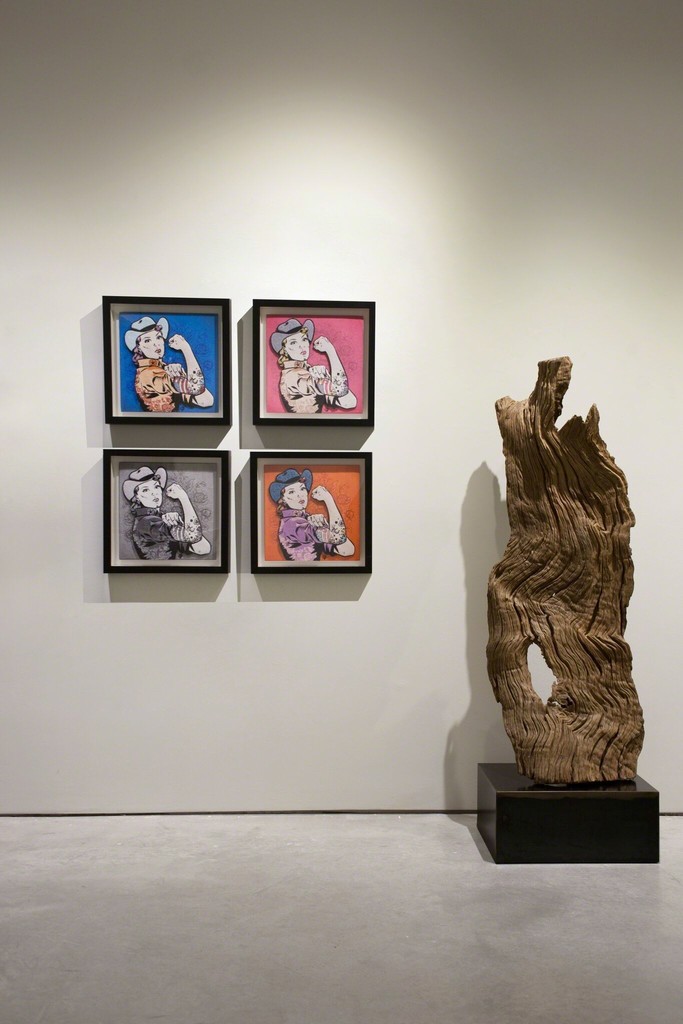 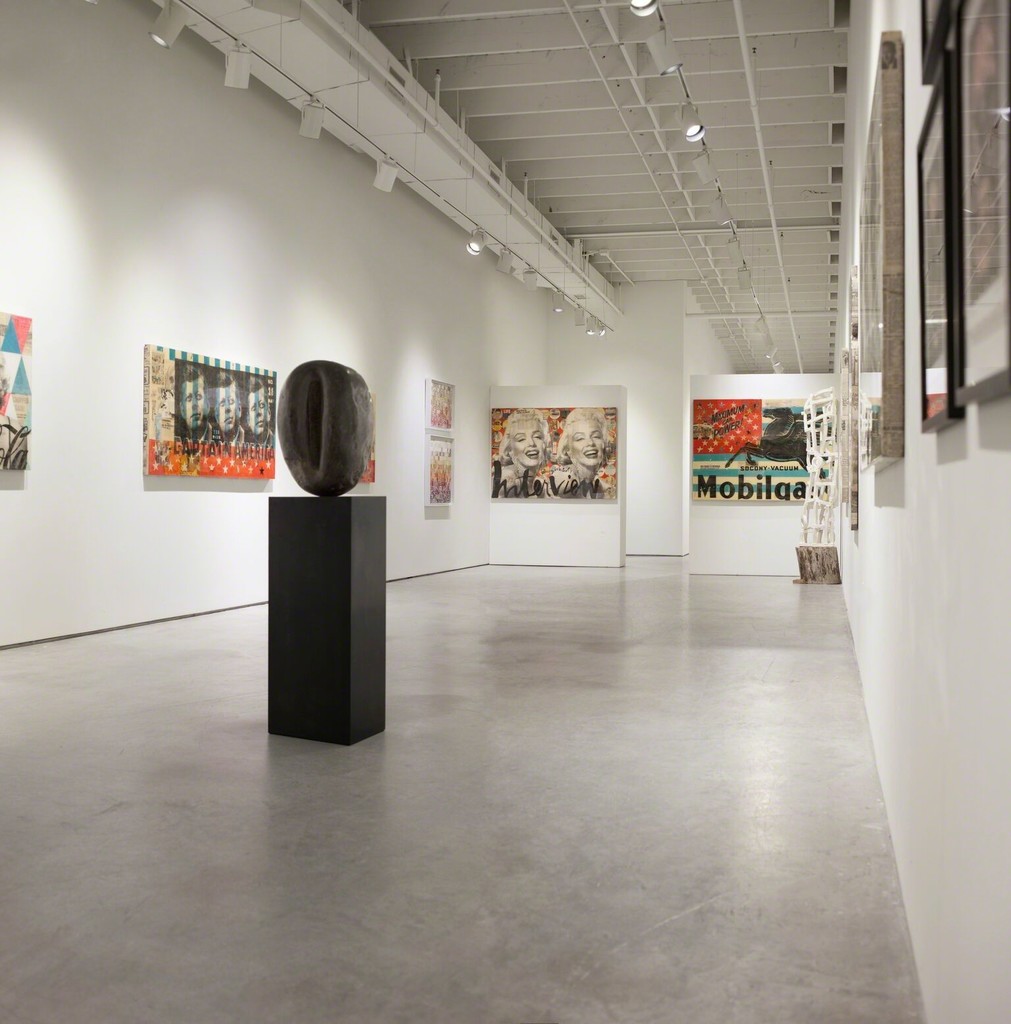 Exhibit by Aberson is pleased to present a selection of new work by Robert Mars and Stephen Wilson.

A graduate of Parson’s Design School, Robert Mars began his career in New York City as a graphic designer and later moved into the fashion industry as a brand design director. After relocating to the West Coast for a decade, he returned to New York City to pursue a full time fine art career. Mars’ fascination with the Golden Age of American popular culture began at a young age and remains the focal point of his work today. He creates heavily layered mixed media pieces celebrating the icons of the 1950s and 1960s. Mars honors vintage ephemera while maintaining a clean, modern design aesthetic in his work.

Stephen Wilson has been a long-time leader and educator in the fashion and home embroidery industries. He made the jump to contemporary embroidery artist and has found success in blending his talents from his experience in the commercial fashion industry and his lucrative embroidery software company. Combining luxury fabric, 3D-printed sculptures, laser-engraved acrylics, and highly detailed embroidery pieces, Wilson’s manipulation of multiple materials produces wholly original works of art.

Mars and Wilson struck a friendship after connecting at Art Basel and found that they not only shared an aesthetic in their graphic work, but also grew up in neighboring New Jersey towns. Since their meeting, they have collaborated on works for galleries and shows throughout the US.