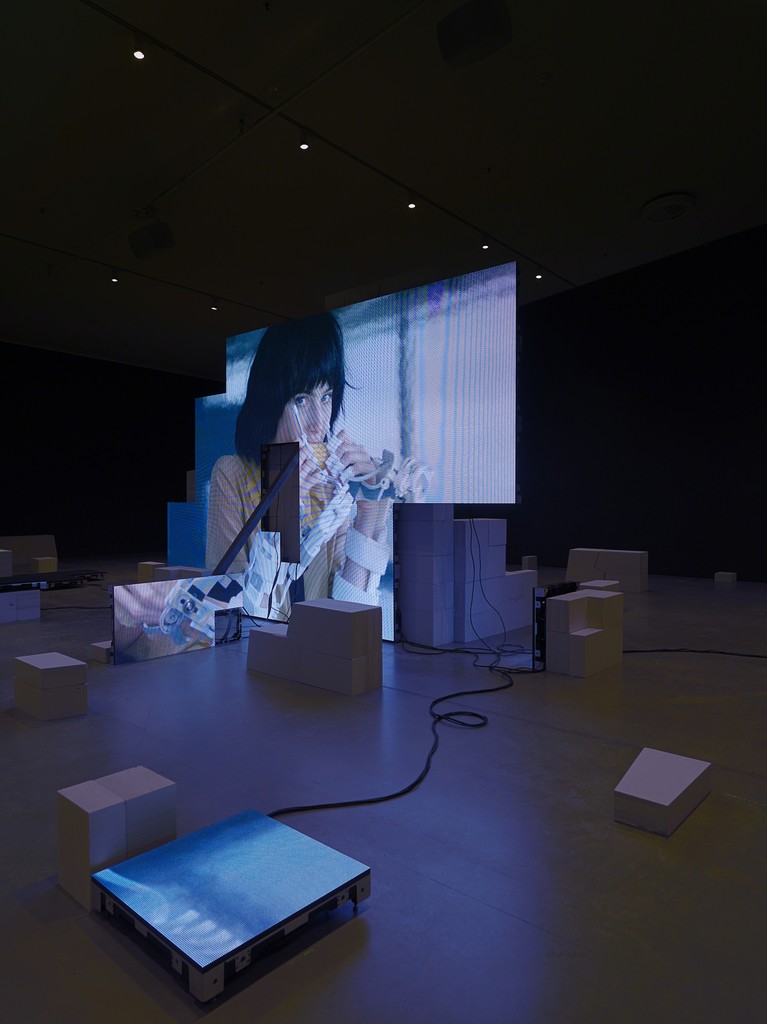 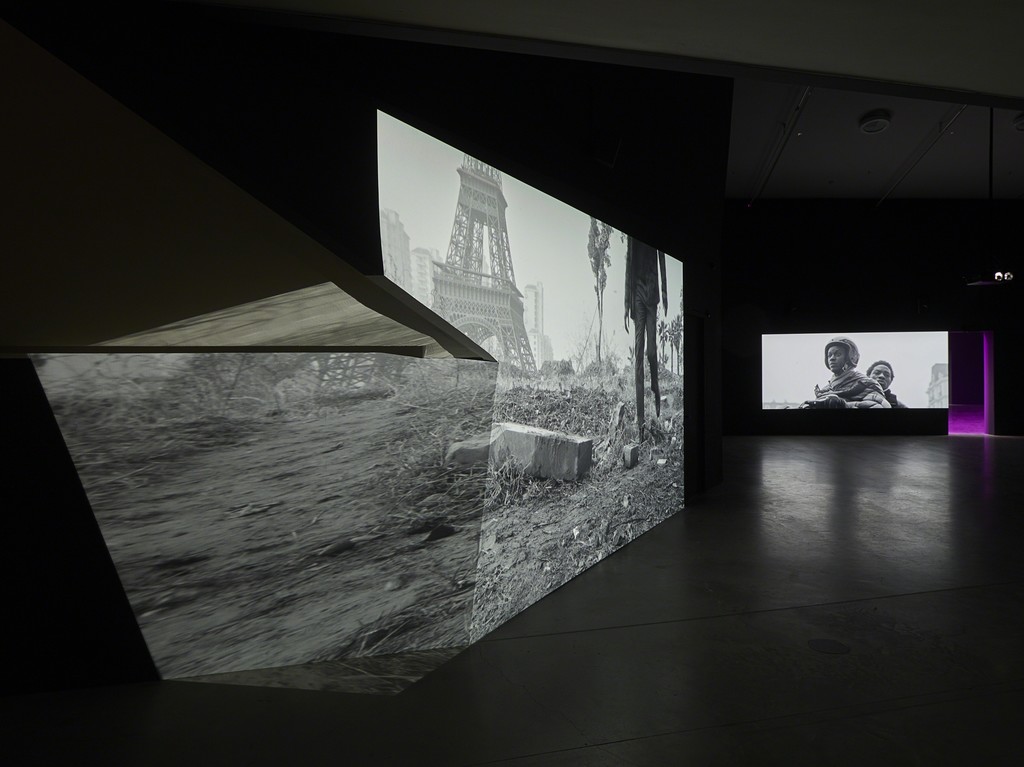 The Danish artist Jesper Just (1974) achieved international acclaim with cinematographic works in which he explores ambiguous subjects such as gender, desires, relationships and identity. In his work, Just makes spectacular use of the possibilities offered by the museum space to present film as a spatial installation, often choosing for projections on multiple screens and large dimensions. Complex sound designs and radical interventions in existing architecture also form integral aspects of his work.

For EYE, Just has designed an installation that engages with the distinctive architecture of the museum building, with its sloping walls, skewed angles and facade grid. He also uses components from the previous exhibition. He thus reinterprets the space and manipulates the influence exerted on us by architecture. In this way he brings together three recent installations — Intercourses, The Nameless Spectacle and Servitudes — to form a new entity. This is also the first time that Just has used LED screens in a museum presentation to create a fragmented image.

In creating each film installation Jesper Just assembles a large production team that includes actors and a professional crew of camera operators and lighting and sound engineers. Deploying a recognizable cinematographic language more commonly associated with mainstream movies, Just challenges conventions created in part by such role-enforcing Hollywood films: relationships between men and women; rules that govern human behaviour in public space, and an individual’s ethnic, social or gender-related background.

Just criticizes rigid stereotypical roles in a subtle manner that is sometimes humorous, sometimes alienating. His leading characters are handicapped, transgender, black or homosexual; they express their sexual desire or crave for attention. They live in a globalizing world, in big anonymous cities where architecture has also become a personage. Just poses questions. Who are you? What is your cultural identity? Where do you come from? However, his works never amount to pamphleteering. Instead, they provoke reflection and confront us with our own prejudices.

Throughout the duration of the exhibition, various films, artist talks and events will take place in the cinemas.