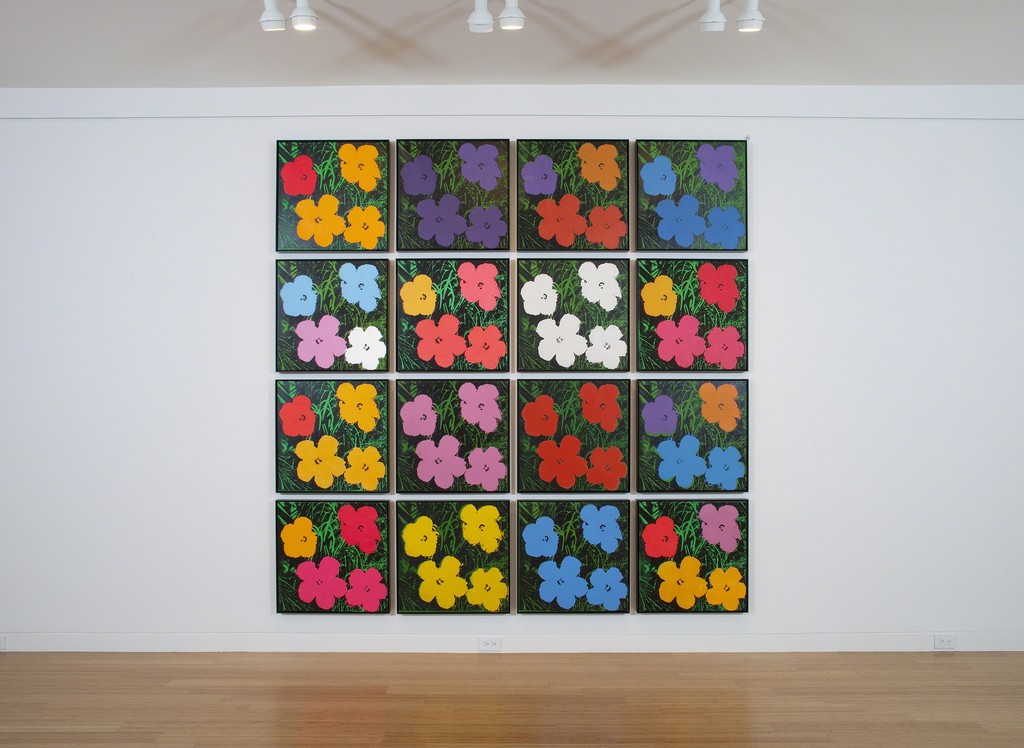 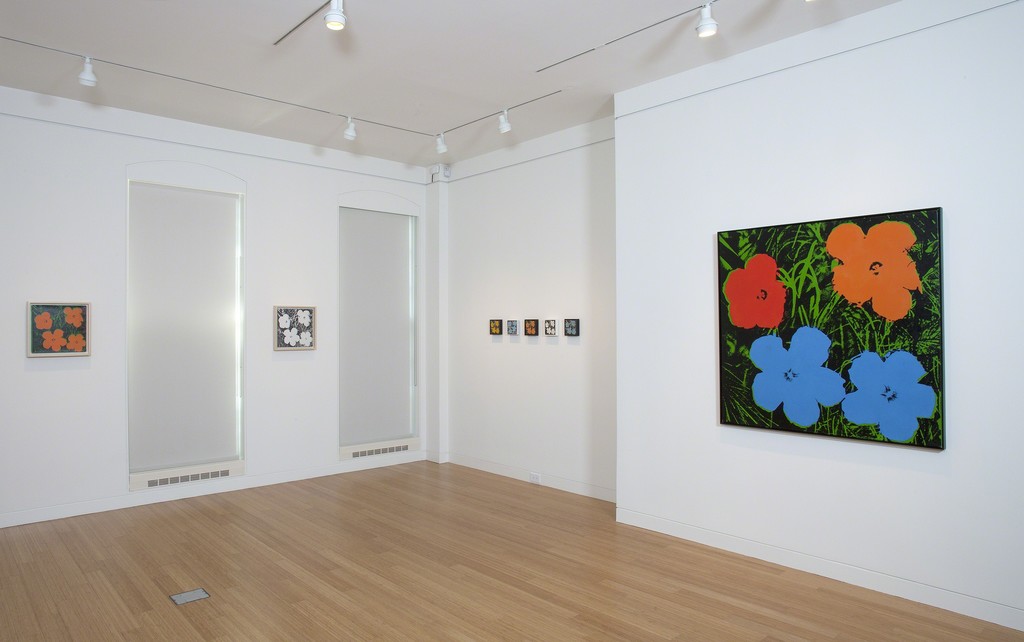 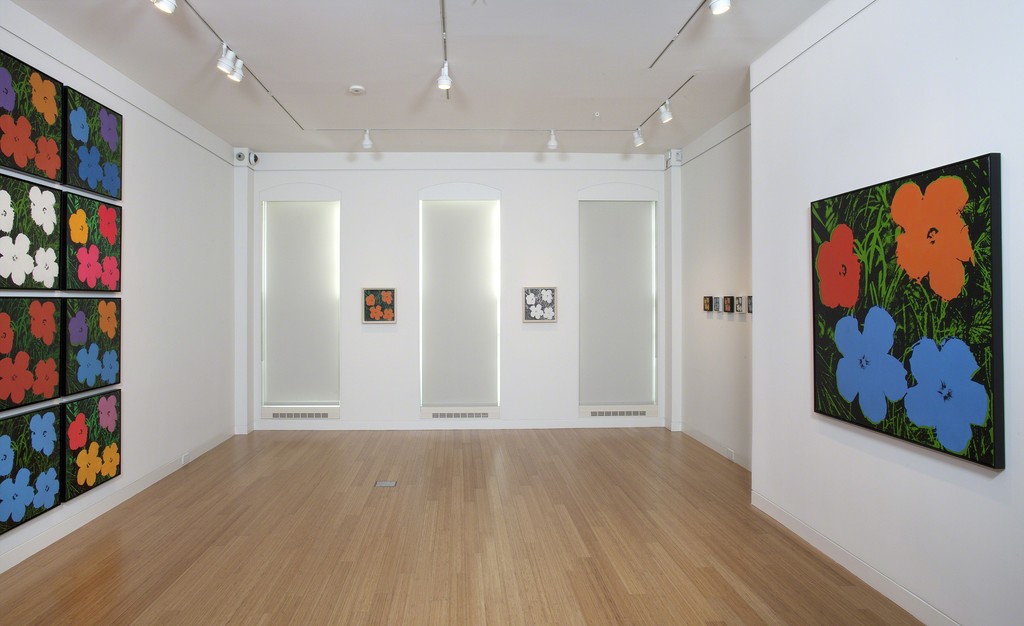 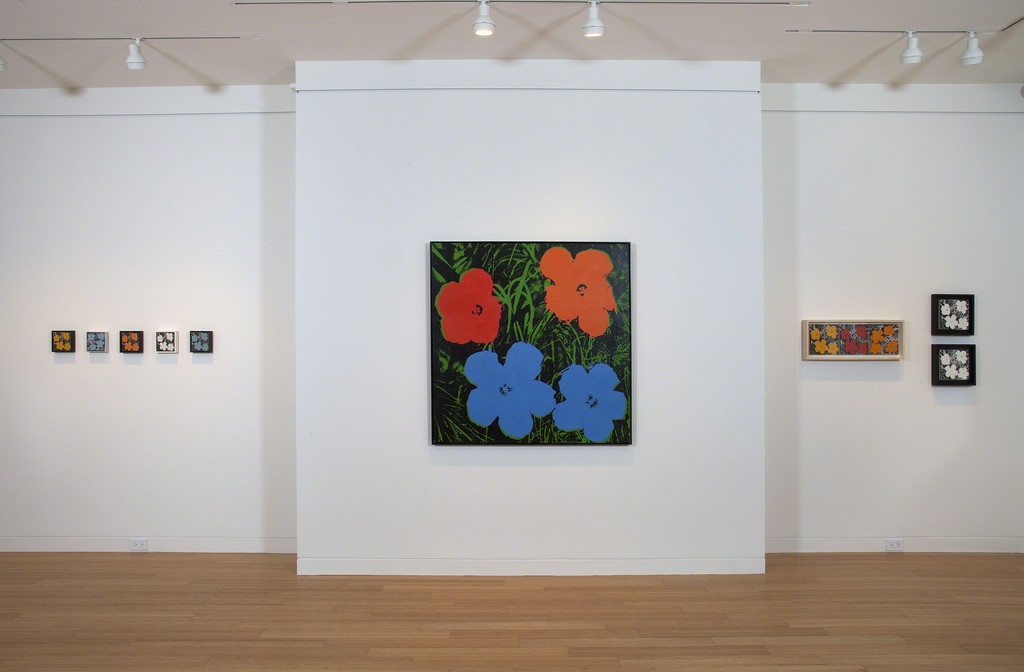 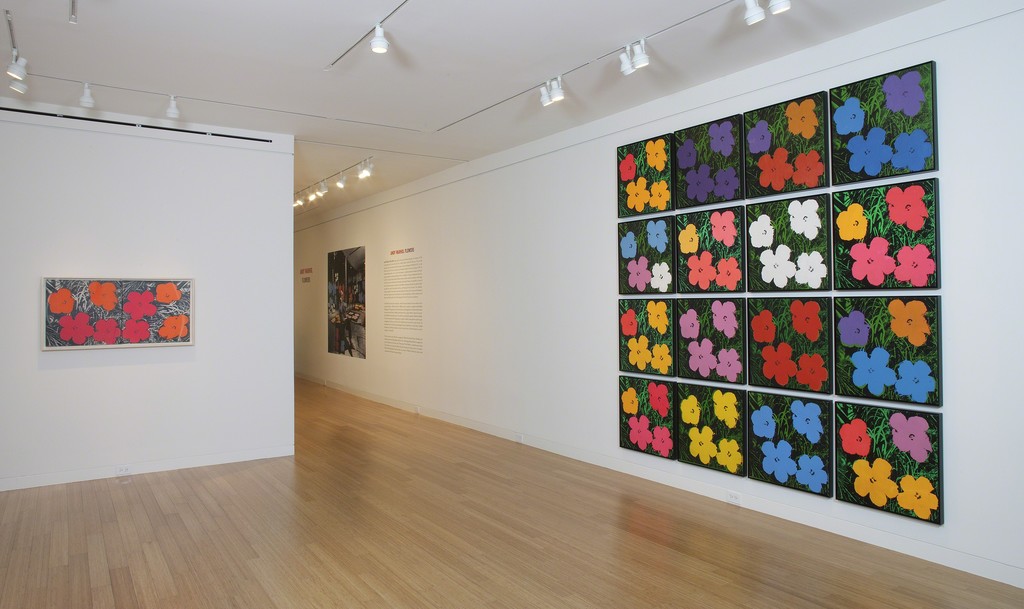 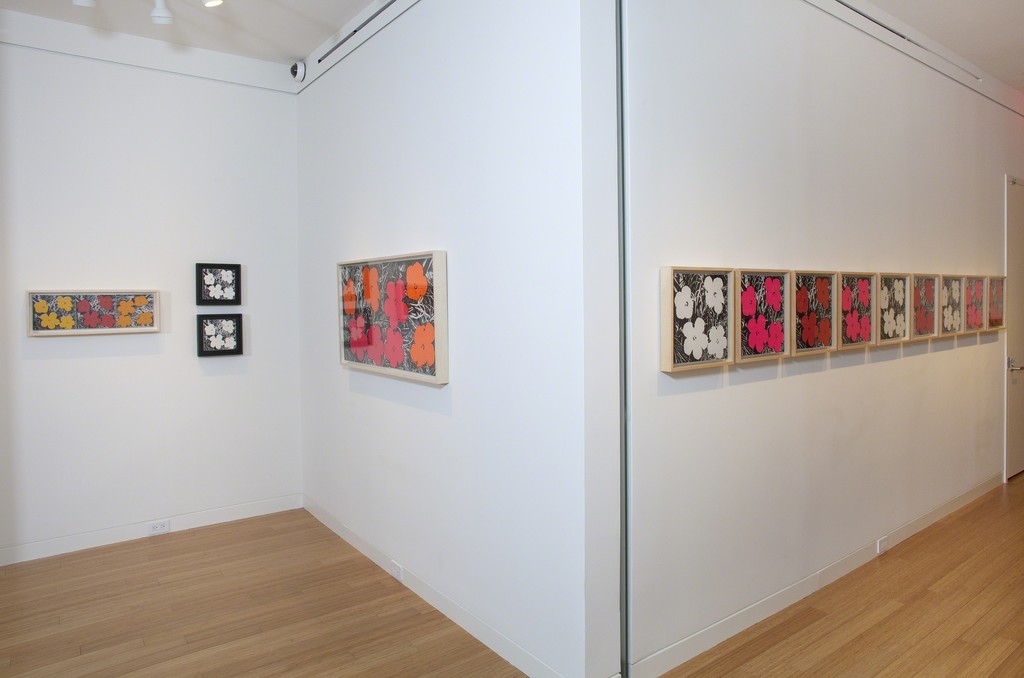 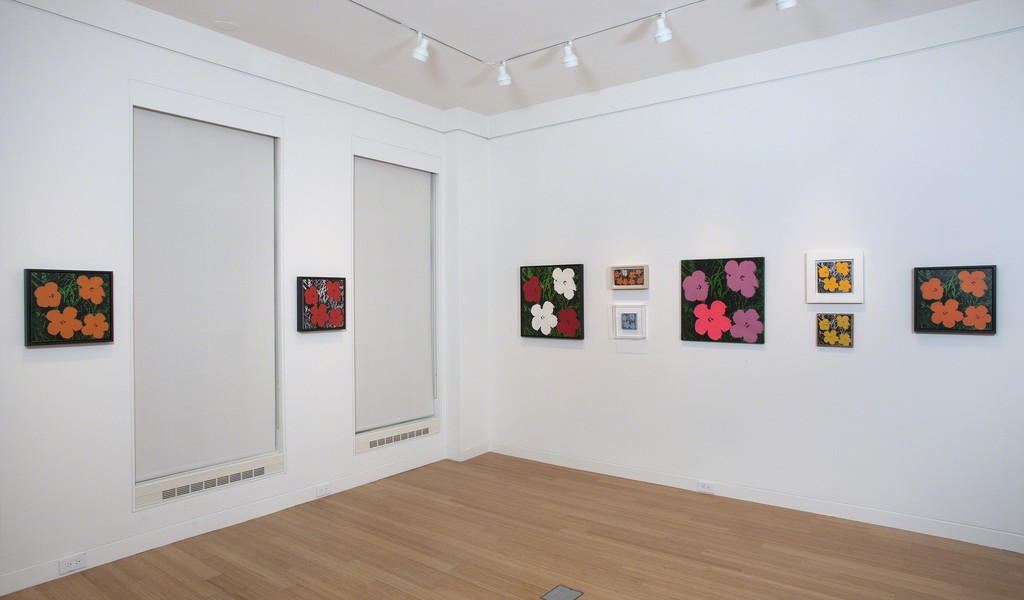 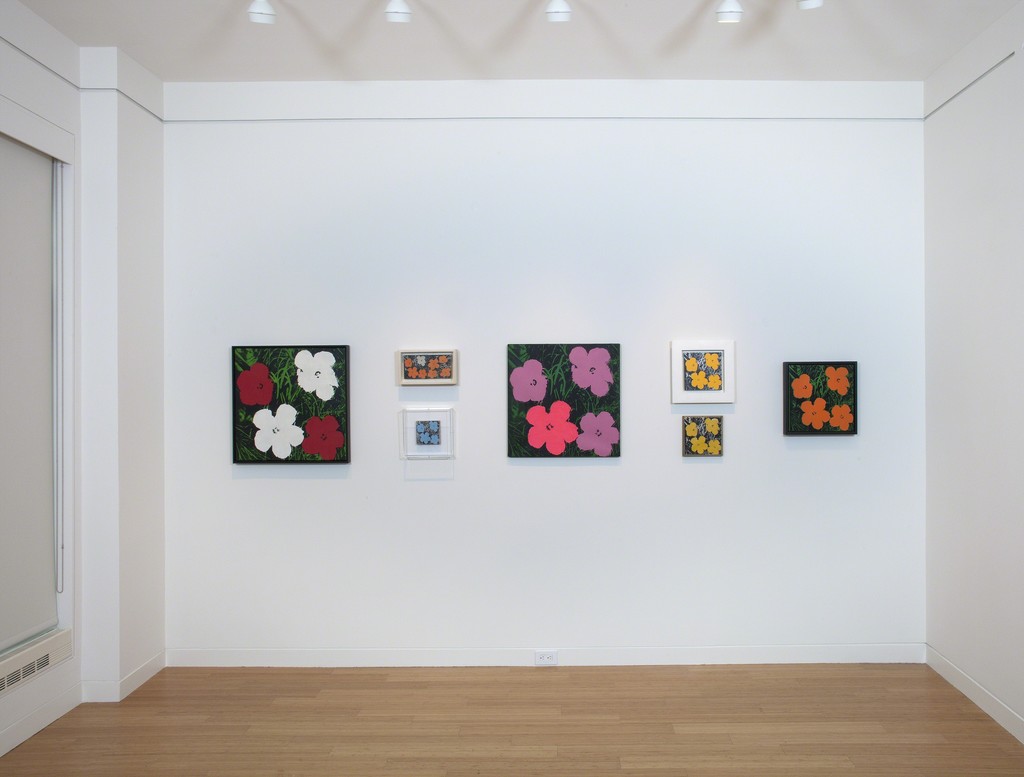 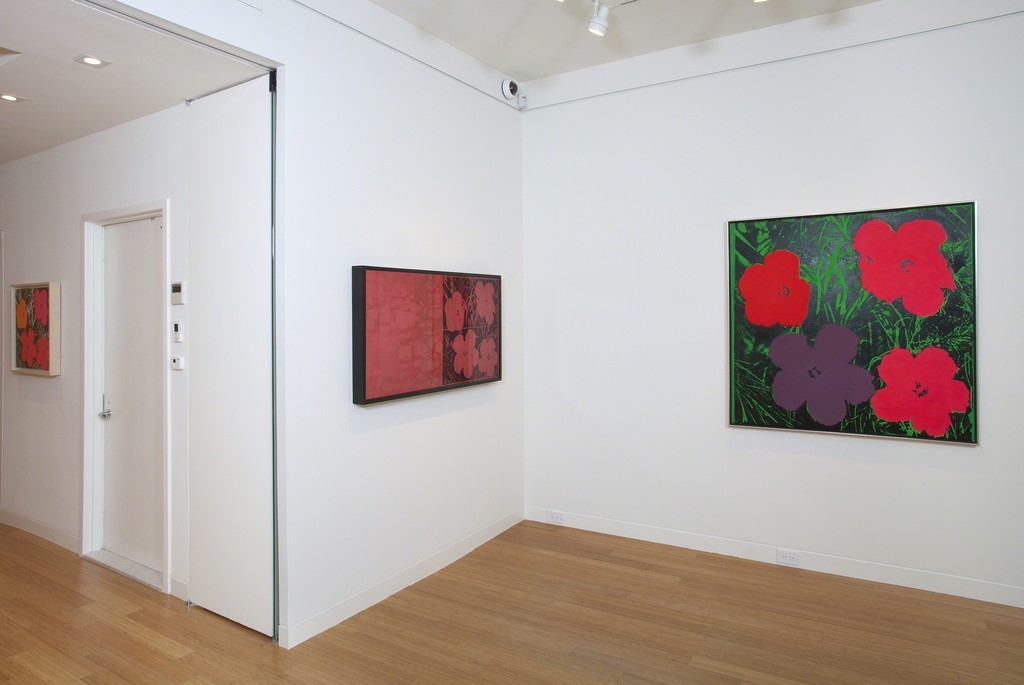 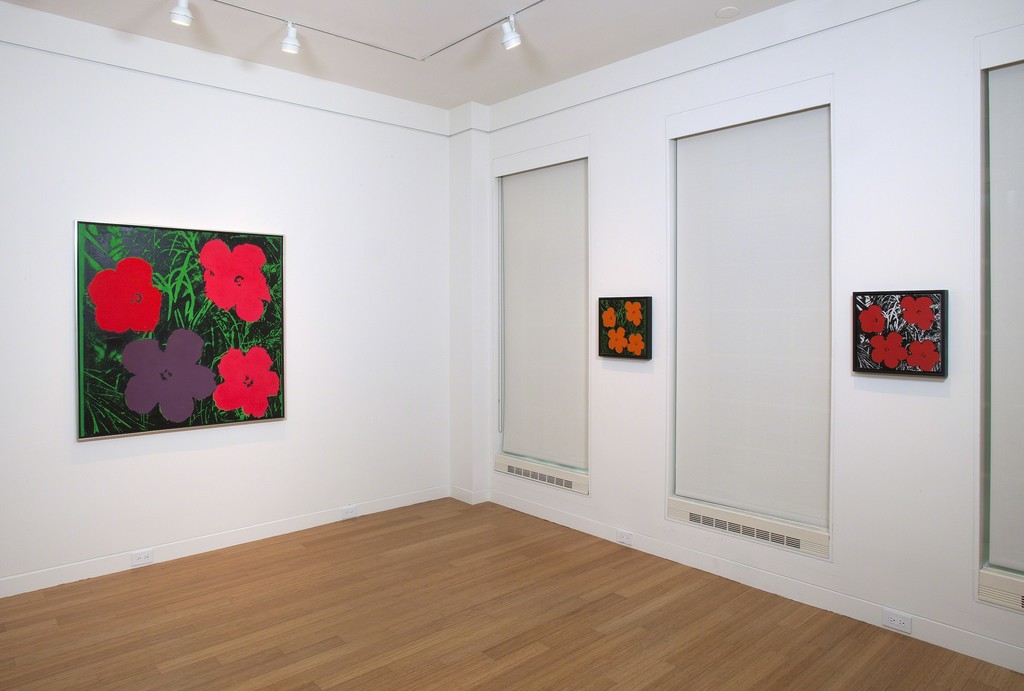 Eykyn Maclean is pleased to present a comprehensive survey of Warhol's Flowers paintings of 1964 and 1965. Gallery Director Kristy Bryce explains, “This show will bring together prime examples of Warhol’s Flowers in a variety of media to explore the series in a depth not previously addressed in an exhibition format.”

Warhol began work on his Flowers series in the summer of 1964, soon deciding that it would be the focus for his first show with Leo Castelli in the fall of that year. For the Castelli show, he worked on 48- and 24-inch square canvases. For his following show, at the Sonnabend Gallery in Paris in the spring of 1965, he included additional sizes – 14-, 8-, and 5-inch squares. The square format allowed Warhol complete freedom with orientation. For the first time, his works had no fixed upright, allowing the Flowers to be installed in a variety of ways. Another unique aspect to this series is the different techniques and media he explored, including silkscreen, pencil, hand painted acrylics, and fluorescent Day-Glo paint. Eykyn Maclean will include examples of each of these sizes and techniques to better trace the nuances of development within this important series. Also included will be the only surviving banner (a Flowers painting on red fabric) that Warhol made for the 1965 opening of New York City's Peace Eye Bookstore.

Unlike Warhol’s work prior to this point – which drew upon images in the mass media as well as commercial brands – Warhol turned to a different source: a spread in a magazine called Modern Photography. The magazine’s June 1964 issue featured a photograph of seven hibiscus flowers taken by executive editor Patricia Caulfield, printed three times in a glossy foldout to show the color variation of different chemical processes. The serial format undoubtedly appealed to Warhol’s sensibility. To create the composition for his paintings, he cropped Caulfield’s photograph into a perfect square, manipulating the flowers so that four of the original seven fit into this new square format. His unauthorized use of another artist’s photograph, however, landed him in trouble when Caulfield brought suit in 1966 (they settled out of court). From this time on, Warhol based his art on photographs he took himself.

The idea to paint a series of Flowers was suggested to Warhol by his friend Henry Geldzahler, then assistant curator at the Metropolitan Museum of Art. Although paintings of flowers cut against the grain of modernist art at the time, this "Flower period" links Warhol to a rarefied canon of artists such as Van Gogh, Matisse, and Monet who each devoted parts of their careers to the subject. Indeed, the flatly painted colors and scissor-cut contours of Warhol's Flowers have often invited comparison with Matisse's late paper collages.

A hard cover catalogue will be published to accompany the exhibition, with a newly commissioned essay by art historian Michael Lobel.