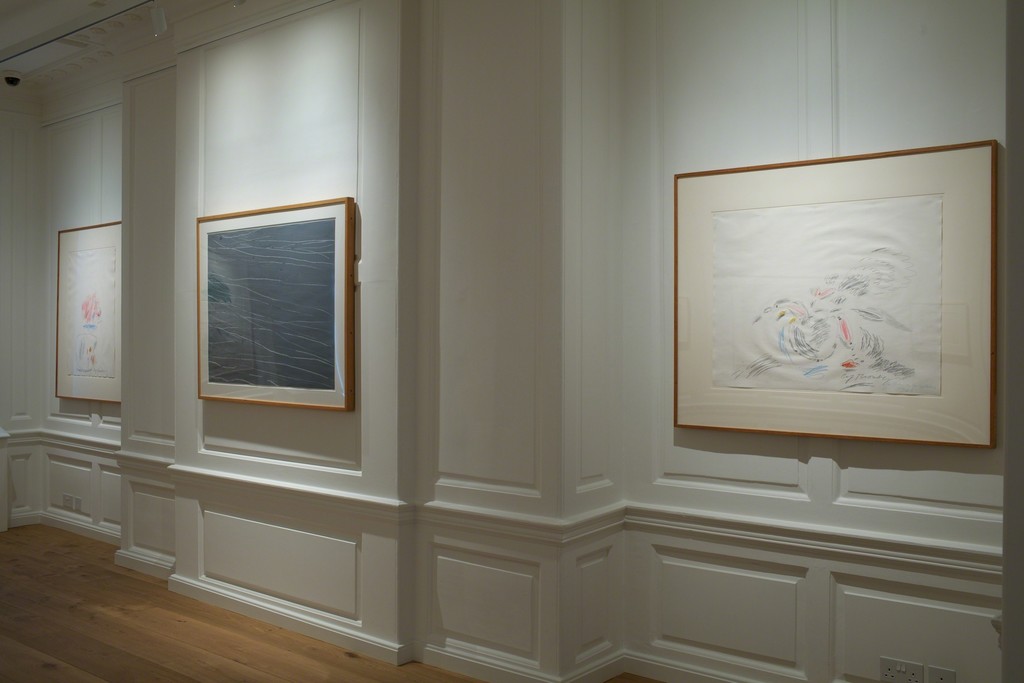 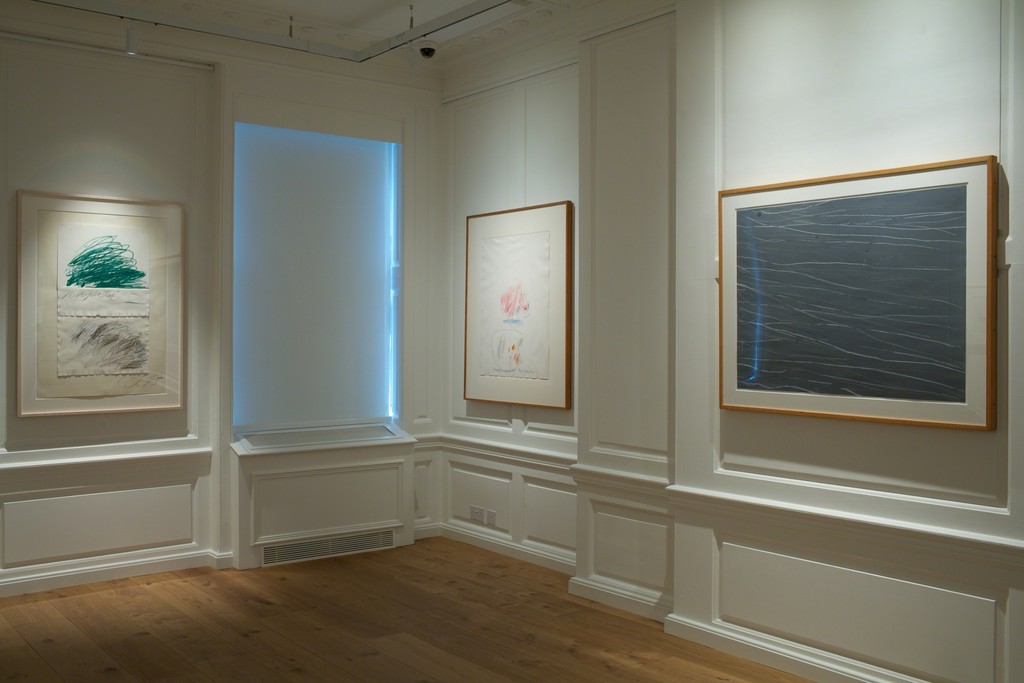 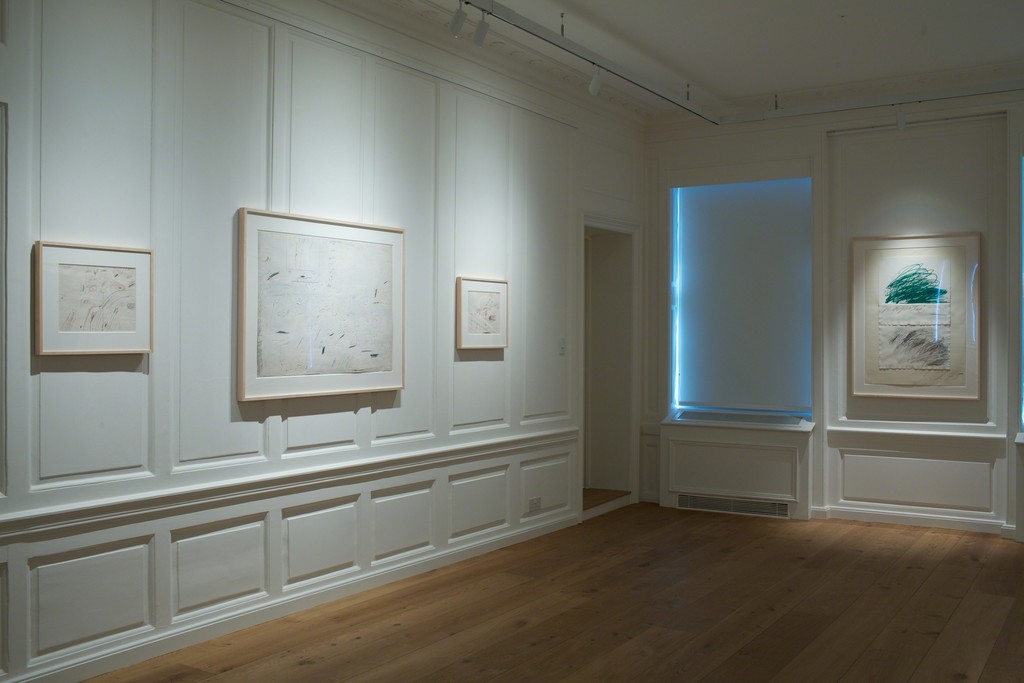 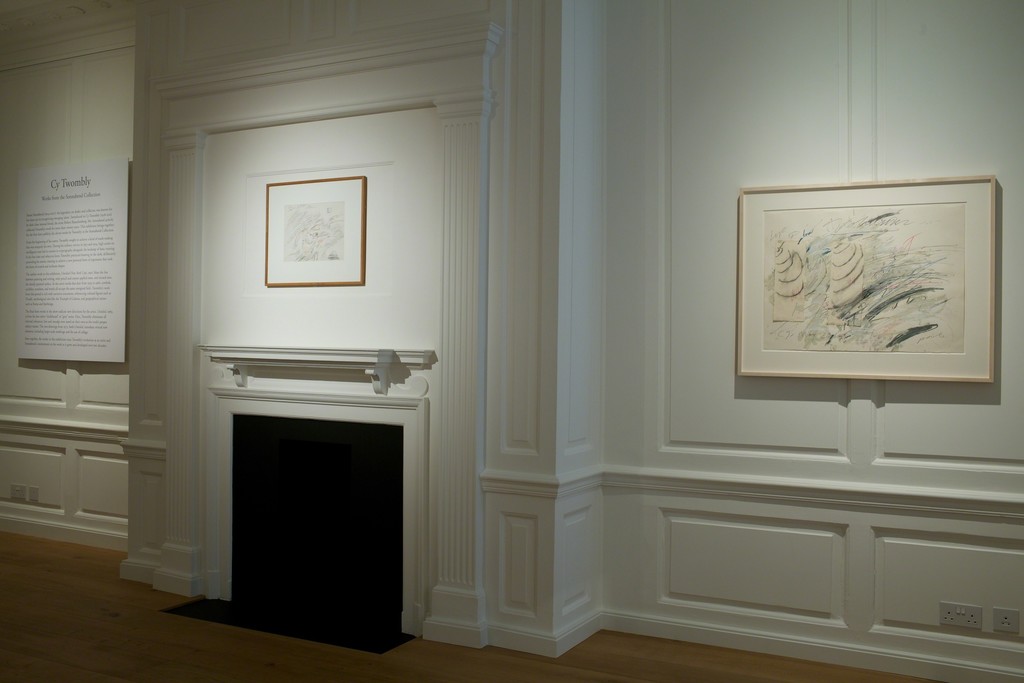 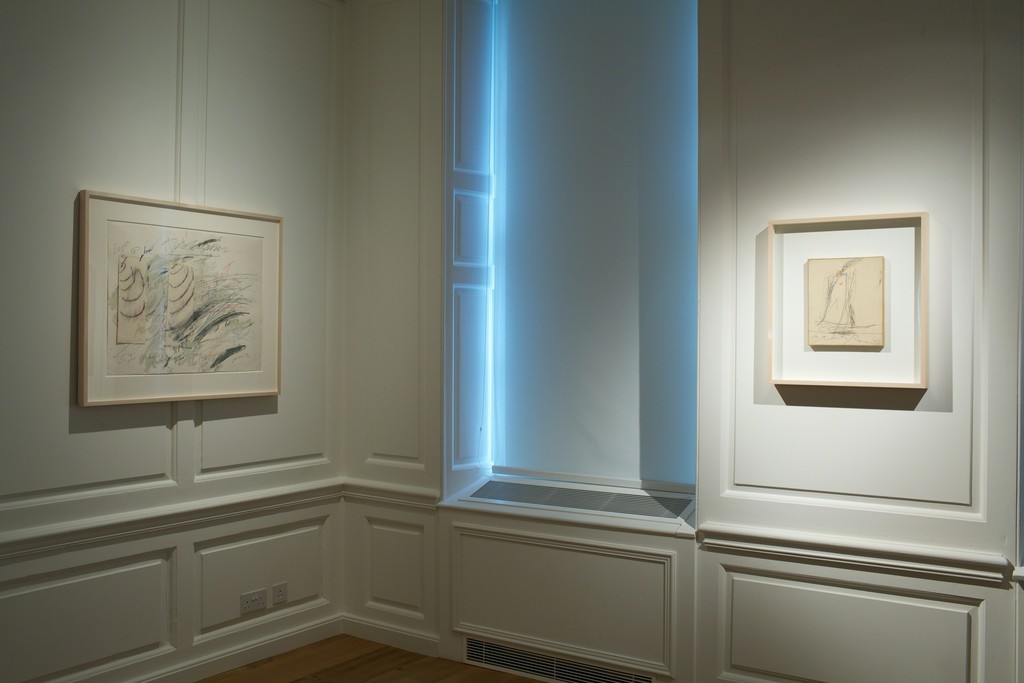 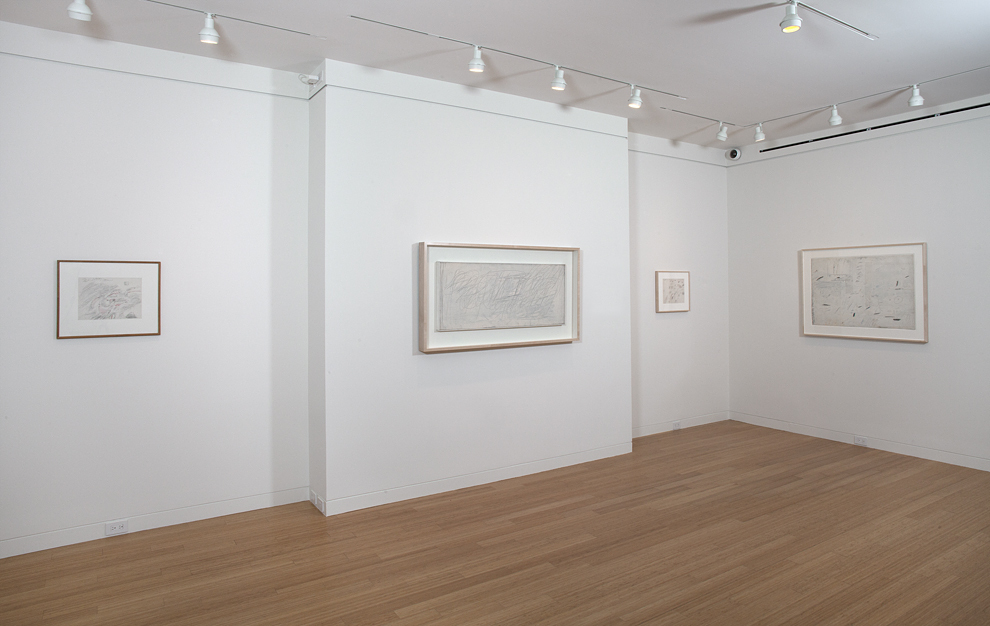 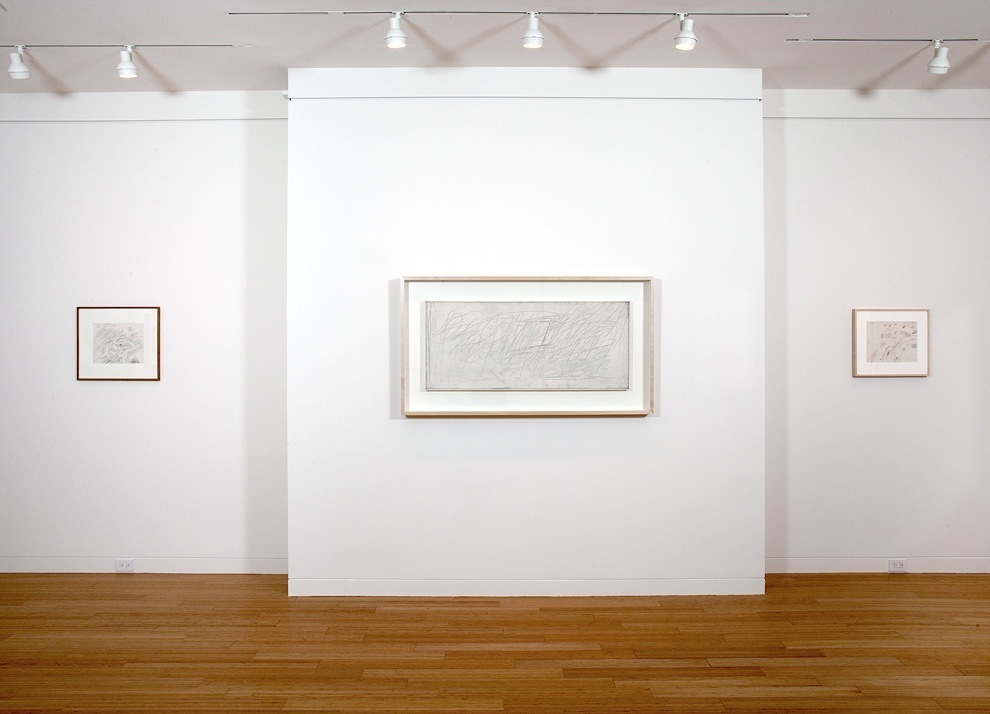 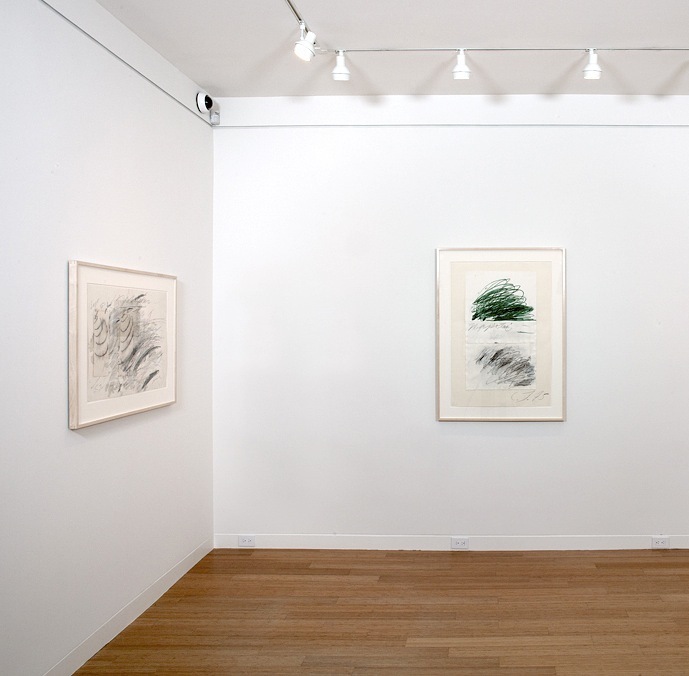 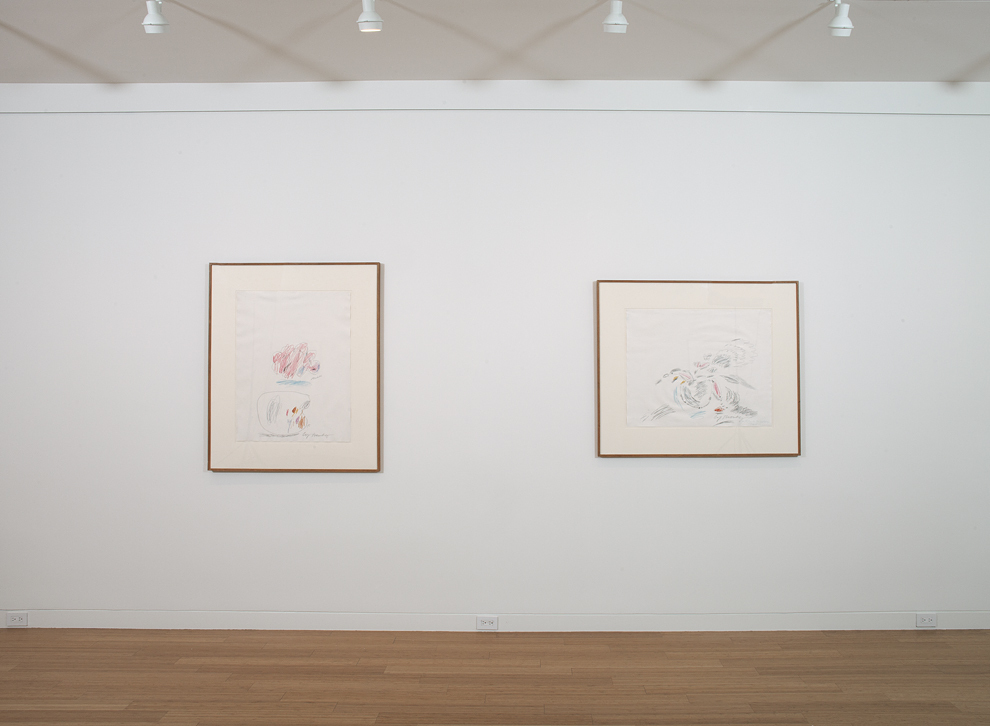 "Cy Twombly: Works from the Sonnabend Collection" demonstrates Eykyn Maclean's continuing commitment to a program of international scholarly loan exhibitions in addition to commercial exhibitions. 'As private dealers the majority of our work is conducted discreetly. However, our galleries in New York and London enable us to bring together important works, such as these, for public exhibition,' says Nicholas Maclean.

"Cy Twombly: Works from the Sonnabend Collection" brings together all eleven works by the artist from the collection of legendary gallerist and collector Ileana Sonnabend. The show is a rare opportunity to view works from several important stages in the artist's life, including many which have never before been publicly exhibited. The connection between Twombly and Sonnabend came through mutual friendships with Robert Rauschenberg.

Twombly (1928-2011) drew upon ideas expressed in poetry, literature, and classical mythology. Full of surface complexity and whirlwinds of tiny detail, his works convey an intense physicality and a real sense of the artist at work.

"Untitled (New York City)", 1956, is the earliest work in the exhibition. Vigorous gestures are built up layer upon layer, the surface revealing the strata of scrawls partially buried beneath each successive mark, resulting in a painting that is at once archaeology and abstraction.

Another five works from 1959 to 1962 blur the line between painting and writing, with symbols, scribbles, and words occupying the same energized field. With references to cultural figures such as Vivaldi, mythological tales like the Triumph of Galatea, and geographical names such as Roma and Sperlonga, Twombly's work from the period is rich with narrative evocations.

A key work in the show is "Untitled" (1969), a gouache and wax crayon on paper. Reminiscent of a blackboard, it is part of a series of works from the late 1960s that comprise Twombly's signature 'gray paintings'.

A fully illustrated catalogue accompanies the exhibition with essays by Annie Cohen-Solal, academic and author of the recent biography of dealer Leo Castelli, and James Lawrence, a critic and historian of postwar and contemporary art and frequent contributor to Burlington Magazine.